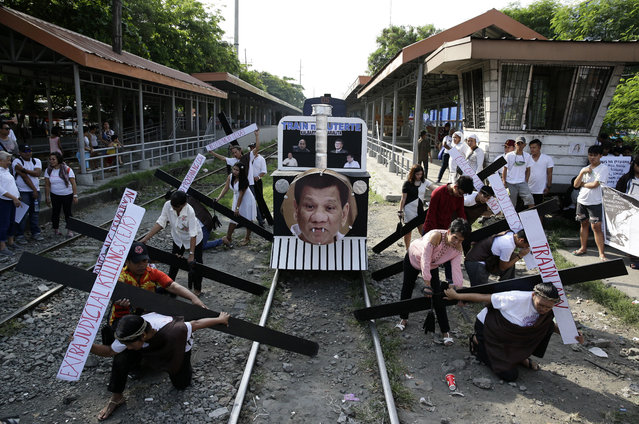 A picture of Philippine President Rodrigo Duterte is seen on a mock train as protesters carrying wooden crosses reenact the sufferings of Jesus Christ during a rally on holy week in Manila, Philippines on Tuesday, March 27, 2018. The group used the demonstration to dramatize the plight of the urban poor under the government of Philippine President Rodrigo Duterte. (Photo by Aaron Favila/AP Photo) 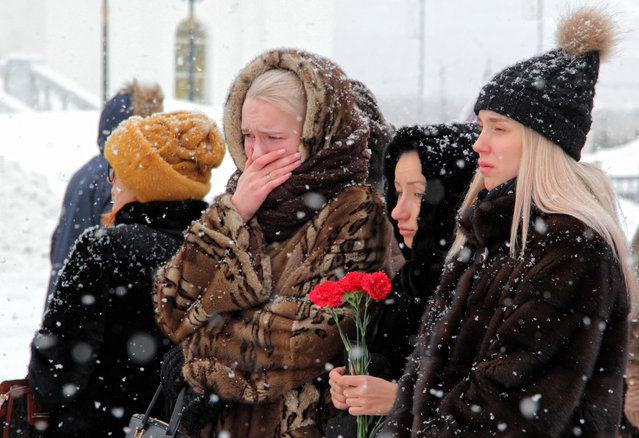 People gather in Magadan' s Sobornaya Square in Magadan, Russia on March 27, 2018 to mourn the victims of the March 25 fire at the Zimnyaya Vishnya (Winter Cherry) shopping centre killing at least 64, many of them children. in Kemerovo. (Photo by Viktoria Drachkova/TASS) 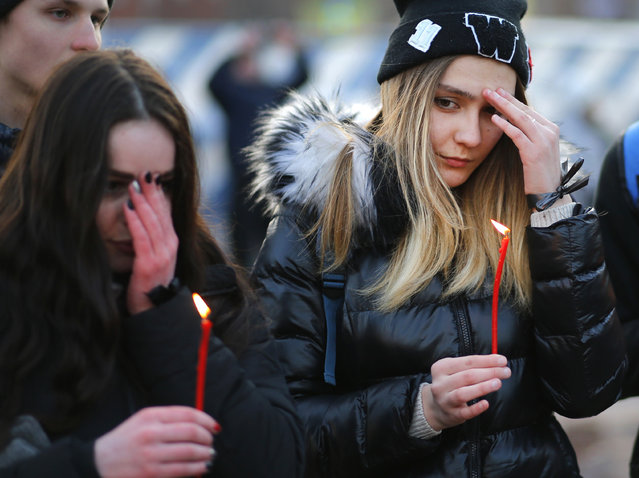 People hold the candles to commemorate the victims of Sunday's fire in a shopping mall in the Siberian city of Kemerovo, in the center of Moscow, on Tuesday, March 27, 2018. Several Russian cities including Moscow are holding rallies to commemorate the dead. (Photo by Alexander Zemlianichenko/AP Photo) 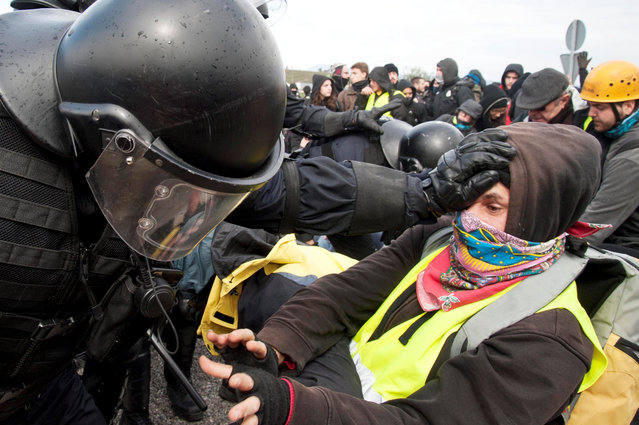 Regional riot policemen face pro-independence protesters as security forces try to clear AP-7 toll road near the town of Figueres, in Girona, Catalonia, northeastern Spain, 27 March 2018. The demonstrators had blocked off the highway to protest against the arrest of fugitive former Catalan regional President Carles Puigdemont in Germany. Some one thousand vehicles were affected by the protest held close to the French border. (Photo by Robin Townsend/EPA/EFE) 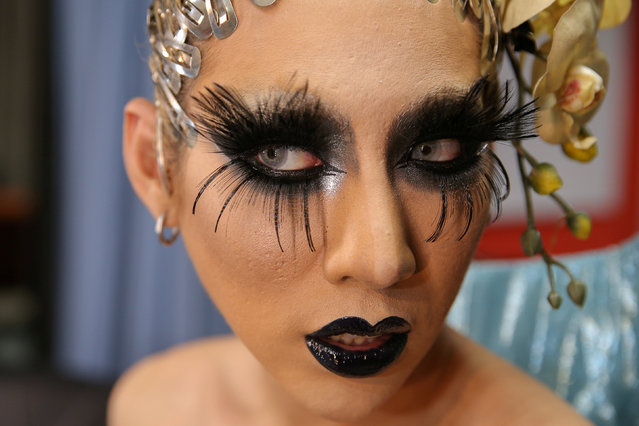 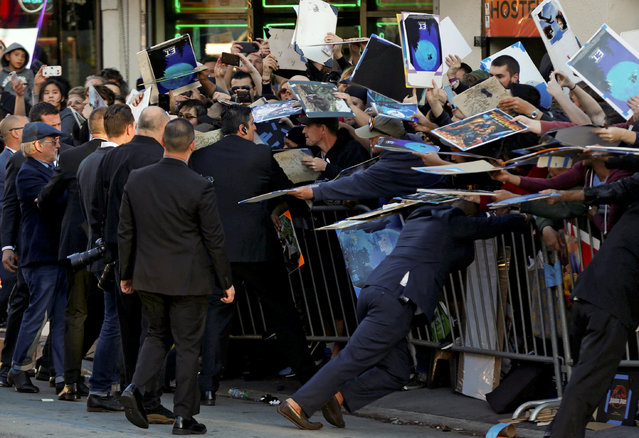 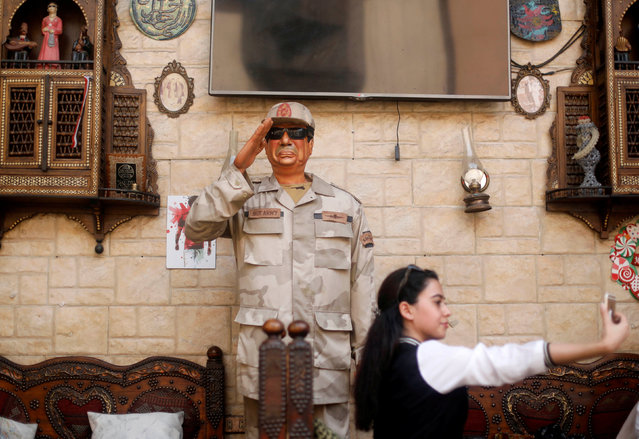 A woman takes a selfie with an effigy depicting Egyptian President Abdel Fattah al-Sisi during the second day of the presidential election in Cairo, Egypt, March 27, 2018. (Photo by Amr Abdallah Dalsh/Reuters) Brazil mascot celebrates on the pitch with Brazil's Thiago Silva and Dani Alves after the match between Germany and Brazil in Berlin, Germany, Tuesday, March 27, 2018. (Photo by Wolfgang Rattay/Reuters) 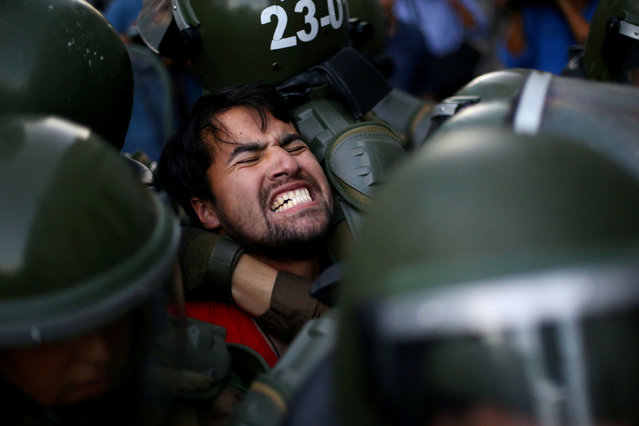 A demonstrator is detained during a protest demanding an end to profiteering in the education system in Santiago, Chile, March 27, 2018. (Photo by Ivan Alvarado/Reuters) 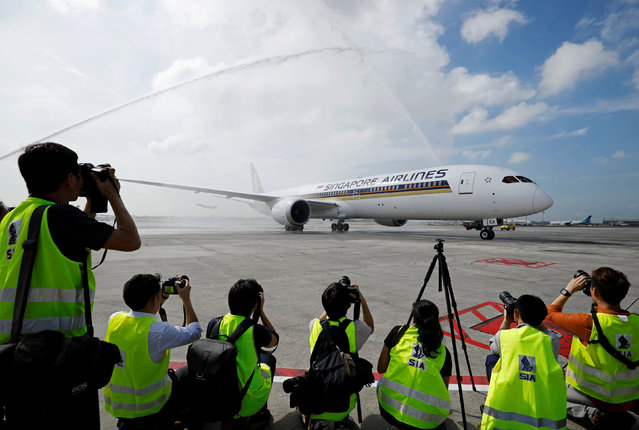 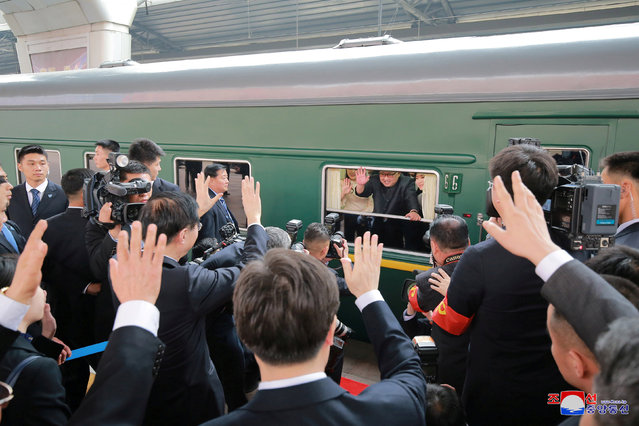 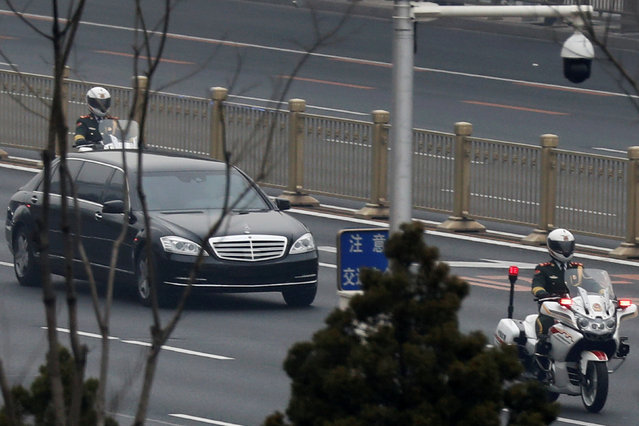 The first vehicle of a motorcade believed to be carrying a North Korean delegation makes its way along Beijing's main east-west thoroughfare, Changan Avenue, in Beijing, China March 27, 2018. (Photo by Damir Sagolj/Reuters) 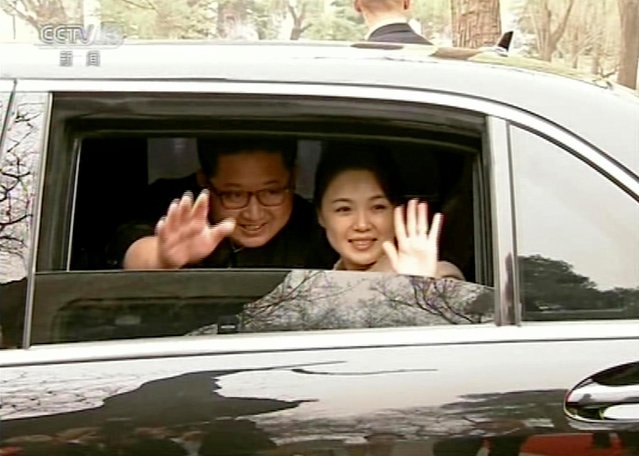 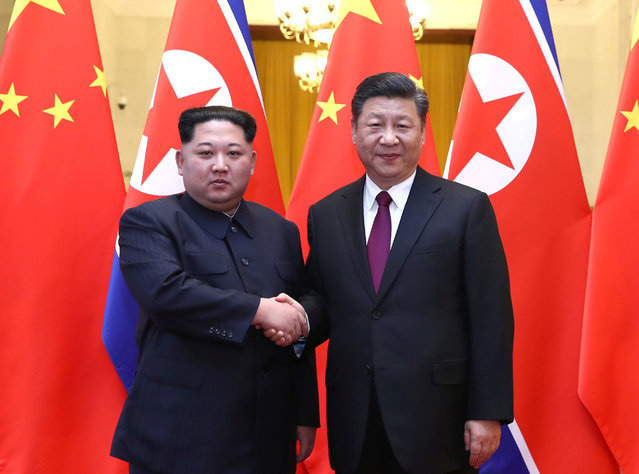 North Korean leader Kim Jong Un and Chinese President Xi Jinping shake hands at the Great Hall of the People in Beijing, China, in this picture released to Reuters on March 28, 2018. (Photo by Ju Peng/Xinhua via Reuters) 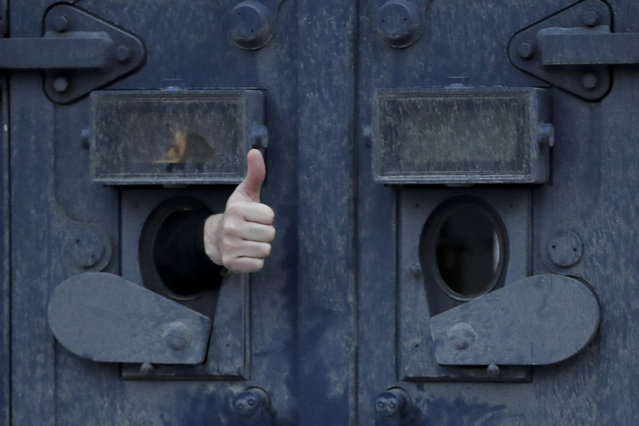