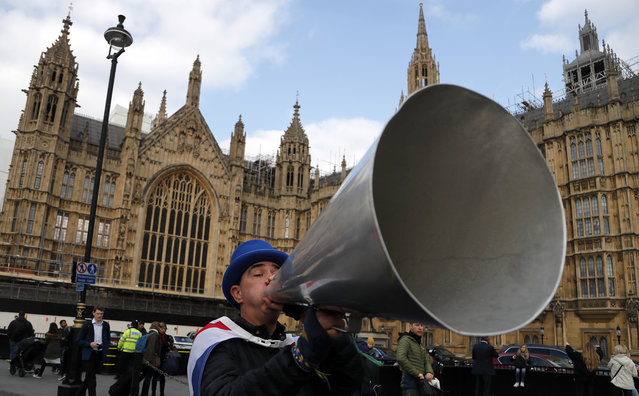 A pro EU protestor shouts through a megaphone at the Houses of Parliament in London, Wednesday, March 27, 2019. British lawmakers were preparing to vote Wednesday on alternatives for leaving the European Union as they seek to end an impasse following the overwhelming defeat of the deal negotiated by Prime Minister Theresa May. (Photo by Frank Augstein/AP Photo) 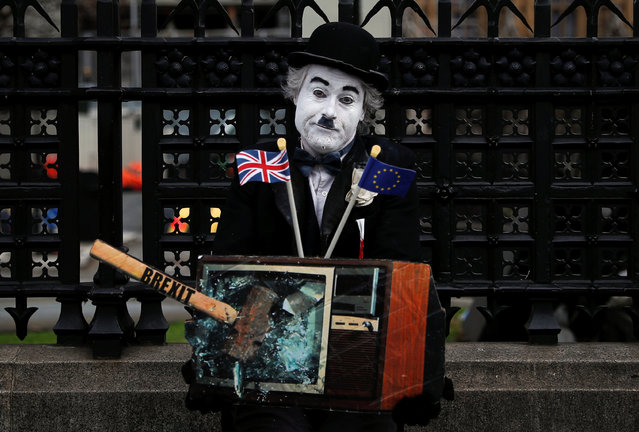 A performer is seen outside the Houses of Parliament, in London, Britain, March 27, 2019. (Photo by Alkis Konstantinidis/Reuters) 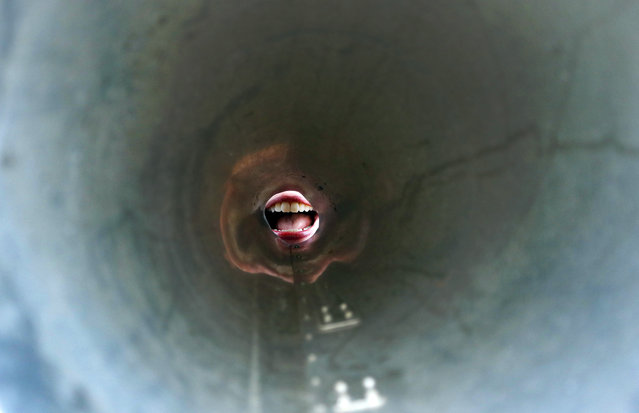 A woman shouts pro EU slogans through a megaphone at the Houses of Parliament in London, Wednesday, March 27, 2019. British lawmakers were preparing to vote Wednesday on alternatives for leaving the European Union as they seek to end an impasse following the overwhelming defeat of the deal negotiated by Prime Minister Theresa May. (Photo by Frank Augstein/AP Photo) 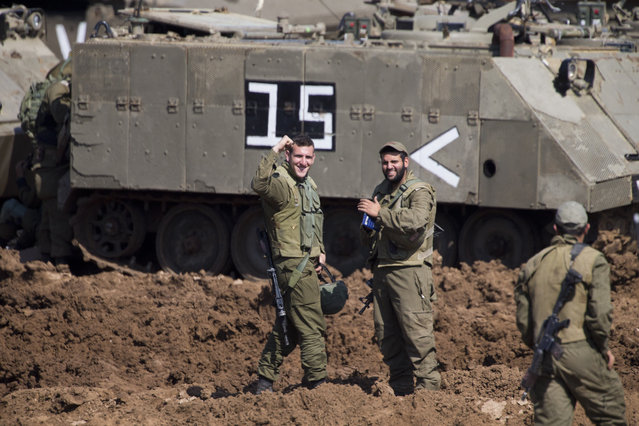 Israeli soldiers react as they work on their vehicles at a gathering area near the Israel-Gaza border, in southern Israel, Tuesday, March 26, 2019. Israeli Prime Minister Benjamin Netanyahu returned home from Washington on Tuesday, heading straight into military consultations after a night of heavy fire as Israeli aircraft bombed Gaza targets and the strip's militants fired rockets into Israel. (Photo by Ariel Schalit/AP Photo) 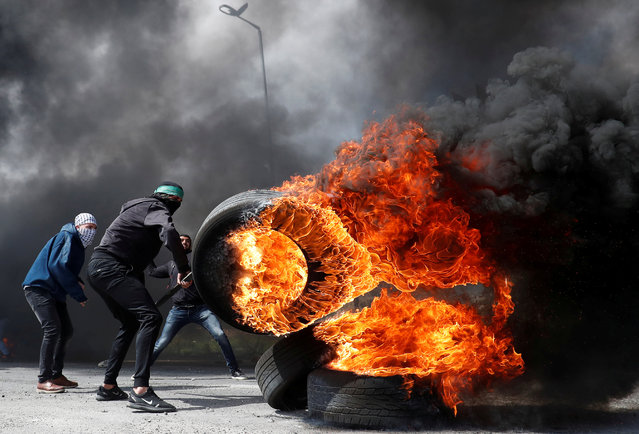 A Palestinian protester moves a burning tire during clashes with Israeli troops near the Jewish settlement of Beit El, in the Israeli-occupied West Bank March 27, 2019. (Photo by Mohamad Torokman/Reuters) 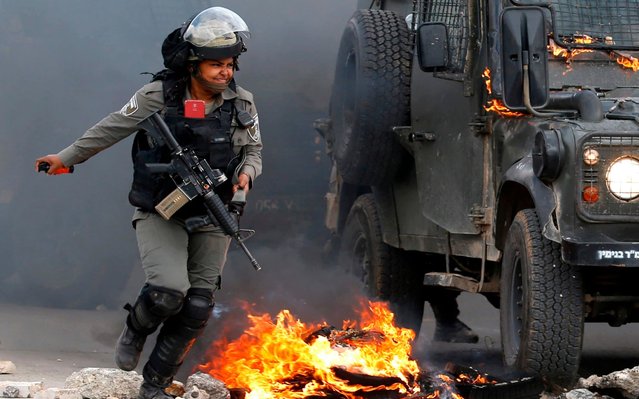 A member of the Israeli security forces runs next to a military jeep set on fire by Molotov cocktails launched by Palestinian protesters during a demonstration on the outskirts of Ramallah in the occupied West Bank on March 27, 2019, in support of Palestinian prisoners held in Israeli jails. (Photo by Abbas Momani/AFP Photo) 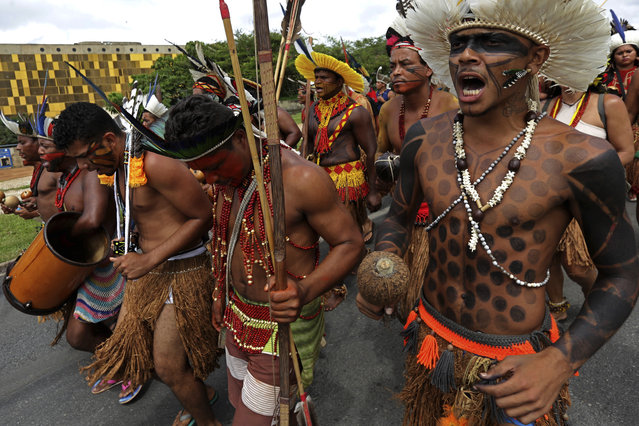 Pataxo men protest against the proposal by Brazil's president to transfer the responsibility of health care services from the federal level to municipal governments, outside the Ministry of Health, in Brasilia, Tuesday, March 26, 2019. (Photo by Eraldo Peres/AP Photo) 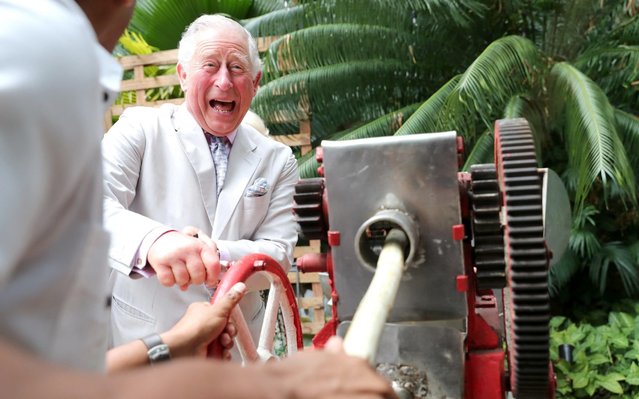 Prince Charles, Prince of Wales grinds sugar cane during a visit to a paladar called Habanera, a privately owned restaurant on March 27, 2019 in Havana, Cuba. Their Royal Highnesses have made history by becoming the first members of the royal family to visit Cuba in an official capacity. (Photo by Chris Jackson/Getty Images) 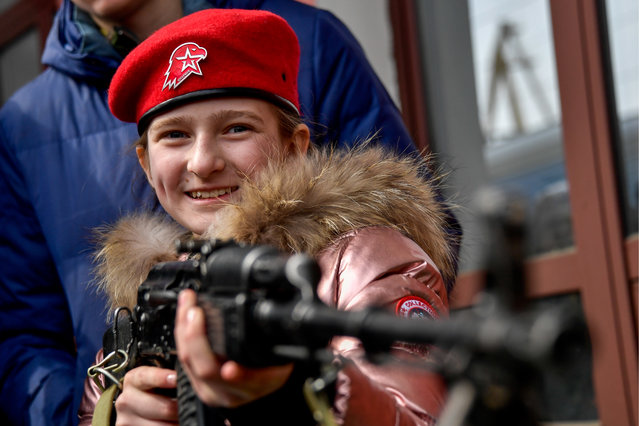 Member of Yunarmiya youth military organisation aims a rifle by a train carrying weapons and military hardware seized from militants in Syria at Vladivostok railway station in Vladivostok, Russia on March 27, 2019. (Photo by Yuri Smityuk/TASS) 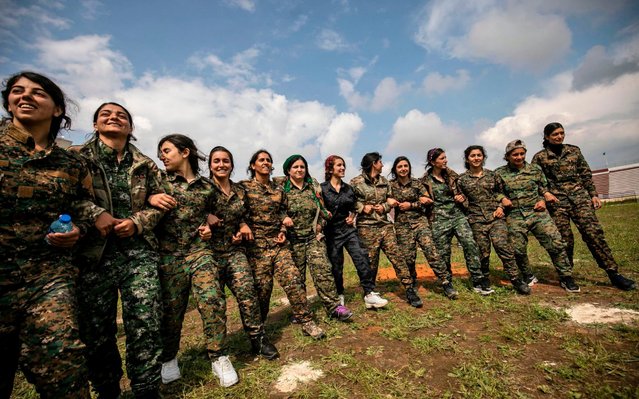 Fighters from the Kurdish Women's Protection units (YPJ)perform a traditional dance as they participate in a military parade on March 27, 2019, celebrating the total elimination of the Islamic State (IS) group's last bastion in eastern Syria, in the northwestern city of Hasakah, in the province of the same name. (Photo by Delil Souleiman/AFP Photo) 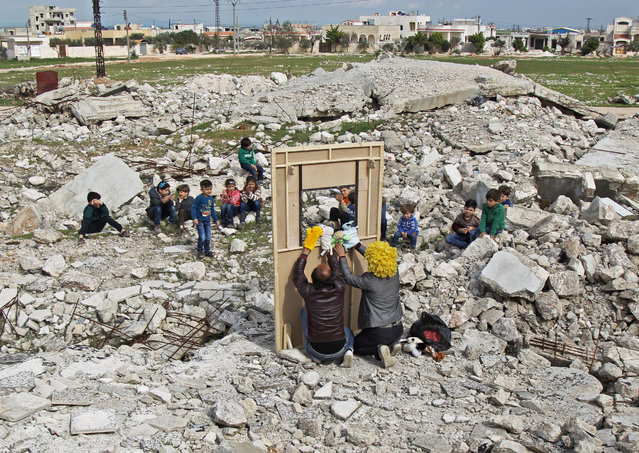 Syrian actor Walid Abu Rashed (yellow wig) and a fellow actor entertain children through a makeshift puppet theatre set up among the rubble of collapsed buildings in the town of Saraqib in the rebel-held northern Idlib province, on March 27, 2019. (Photo by Amer Alhamwe/AFP Photo) 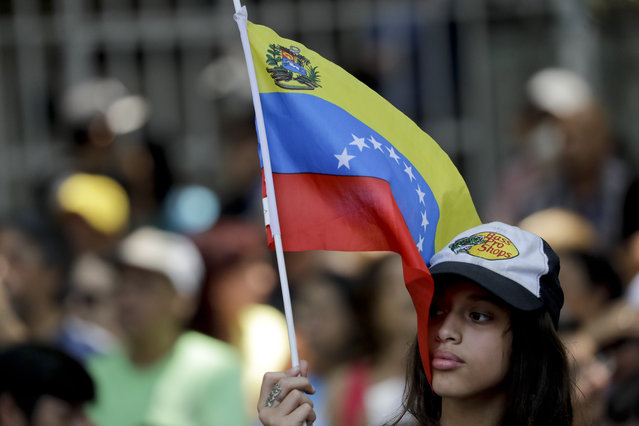 A supporter of opposition leader Juan Guaido, self-proclaimed interim president of Venezuela, listens to him as he talks about “Operation Liberty”, in Caracas, Venezuela, Wednesday, March 27, 2019. (Photo by Natacha Pisarenko/AP Photo) 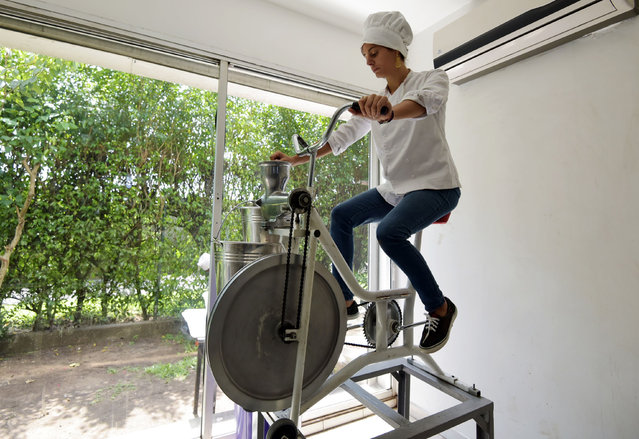 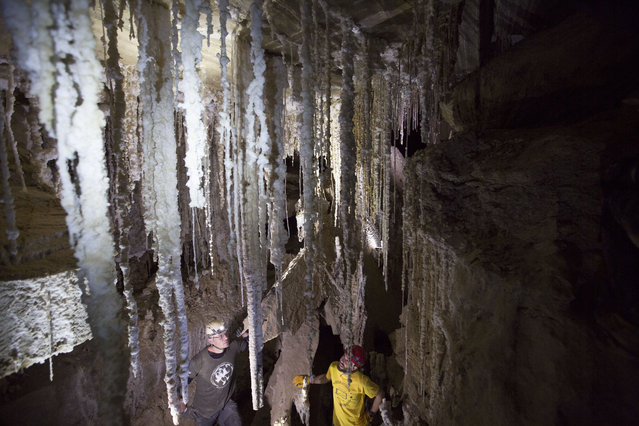 In this Wednesday, March 27, 2019 photo, Yoav Negev, and Boaz Langford, researchers at the Israel Cave Research Center of the Hebrew University of Jerusalem, examine salt stalactites hanging from the ceiling in the Malham Cave at the Dead Sea in Israel. Israeli researchers say they believe this to be the world’s longest salt cave, a network of twisting passageways at the southern tip of the Dead Sea. (Photo by Ariel Schalit/AP Photo) 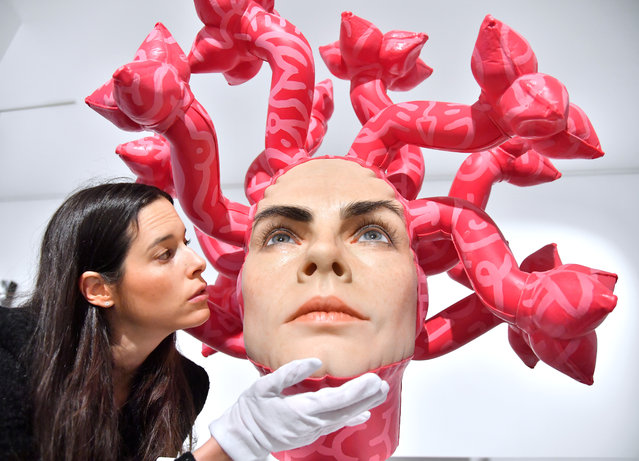