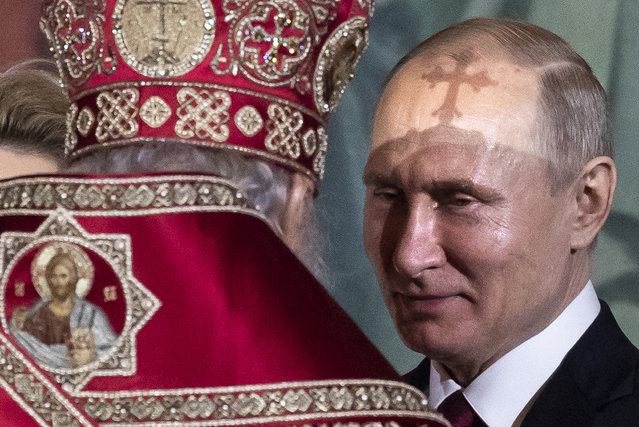 Orthodox Christians carry an icon of the Virgin Mary during a parade marking Easter near Bachkovo monastery, Bulgaria, April 29, 2019. (Photo by Stoyan Nenov/Reuters) 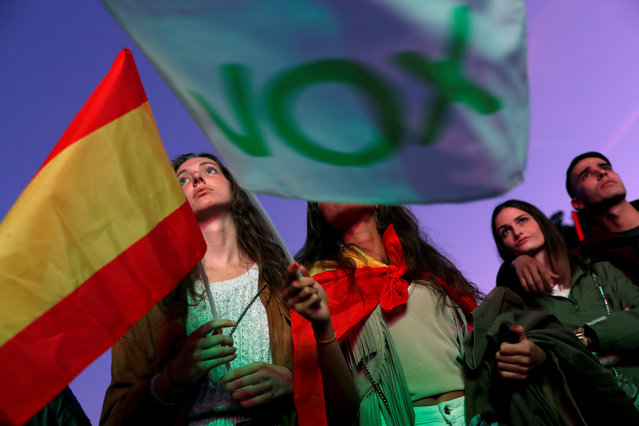 Supporters of Spain's far-right party VOX wait for the announcement of the results in Spain's general election in Madrid, Spain, April 28, 2019. (Photo by Susana Vera/Reuters) 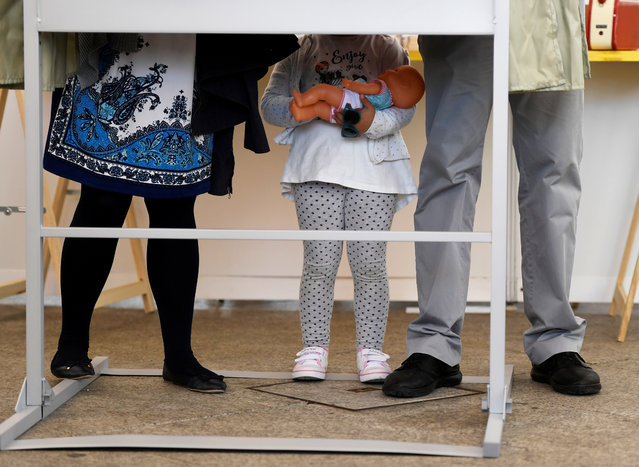 A girl and her parents are seen in one of the booths before voting during Spain's general election in Pola de Siero, April 28, 2019. (Photo by Eloy Alonso/Reuters) 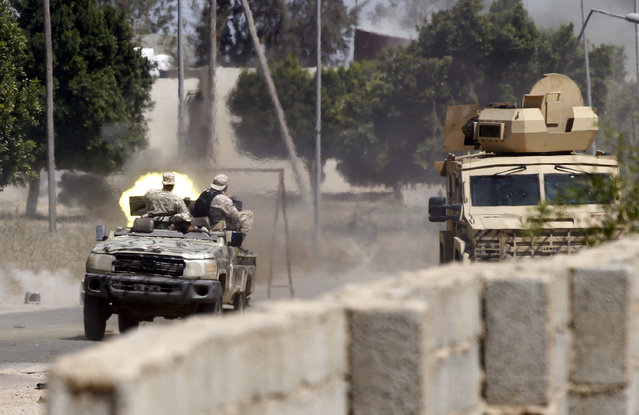 Fighters loyal to the internationally-recognised Government of National Accord (GNA) fire a jeep-mounted gun during clashes with forces loyal to strongman Khalifa Haftar, in Espiaa, about 40 kilometres (25 miles) south of the Libyan capital Tripoli on April 29, 2019. Fierce fighting for control of Libya's capital that has already displaced tens of thousands of people threatens to bring a further worsening of humanitarian conditions, a senior UN official has warned. (Photo by Mahmud Turkia/AFP Photo) 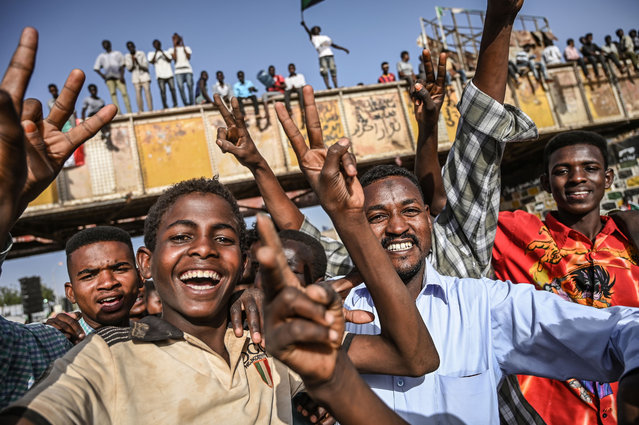 Sudanese protesters flash the V for victory sign during a sit-in outside the army headquarters in the capital Khartoum on April 29, 2019. Sudan's army rulers and protest leaders have offered different visions for a joint council, a military spokesman said today, expressing hope that a final structure of the body would be decided soon. (Photo by Ozan Kose/AFP Photo) 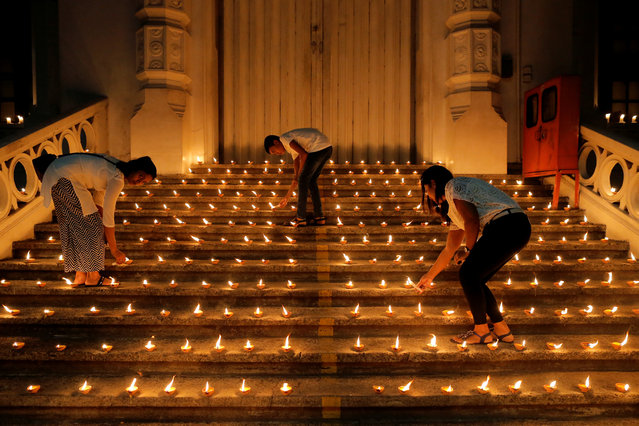 People light candles during a vigil in memory of the victims of a string of suicide bomb attacks across the island on Easter Sunday, in Colombo, Sri Lanka on April 28, 2019. (Photo by Thomas Peter/Reuters) 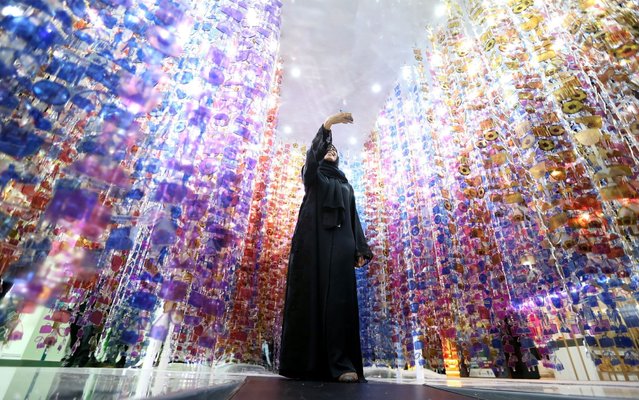 A UAE woman takes selfie photo at reflection light spot at Arabian Travel Market (ATM) fair in Dubai, United Arab Emirates, 29 April 2019. Over 2,500 exhibitors and 40,000 industry professionals from 150 countries are gathering at ATM 2019 which has adopted cutting-edge technology and innovation as its main theme. (Photo by Ali Haider/EPA/EFE/Rex Features/Shutterstock) 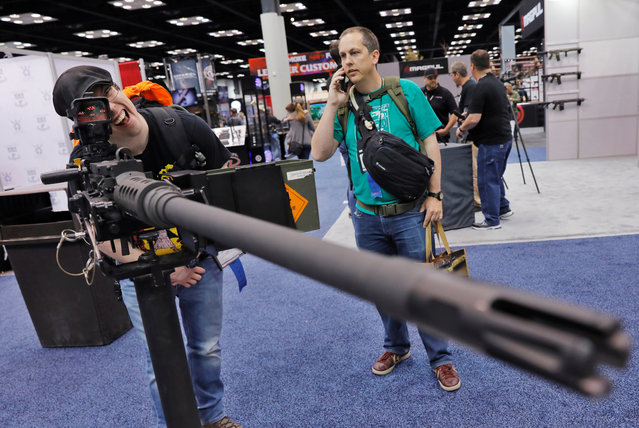 A man looks through the sights of a .50 caliber rifle at the Ohio Ordinance Works during the National Rifle Association (NRA) annual meeting in Indianapolis, Indiana, U.S., April 28, 2019. (Photo by Lucas Jackson/Reuters) 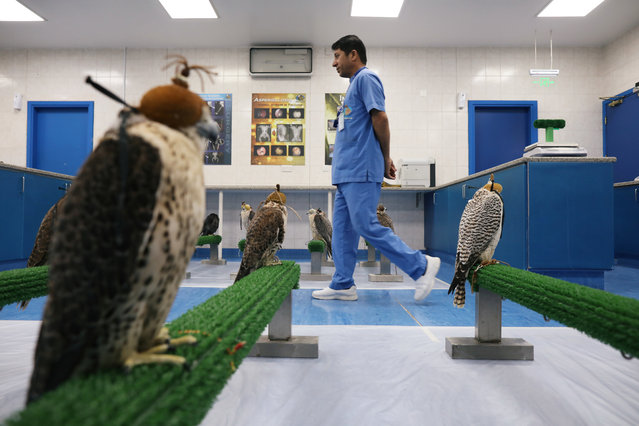 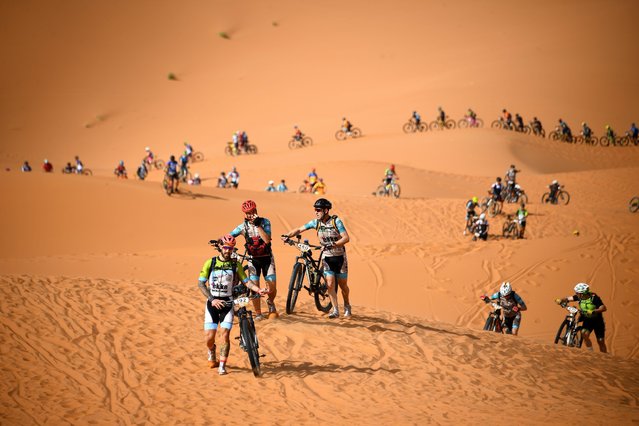 Competitors ride their bikes along sand dune during the Stage 1 of the 14th edition of Titan Desert 2019 mountain biking race around Merzouga in Morocco on April 28, 2019. (Photo by Franck Fife/AFP Photo) 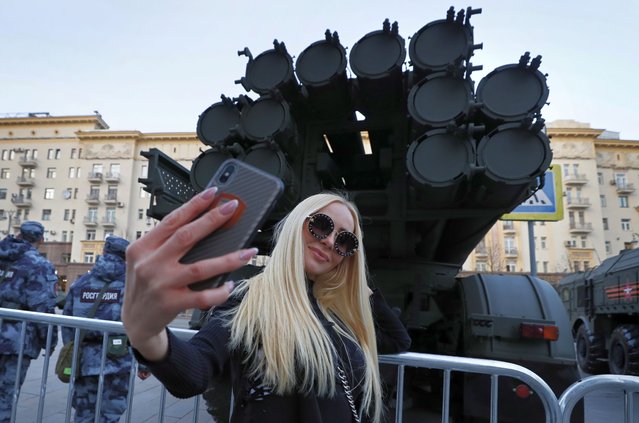 Russian woman takes selfie near military vehicle during the rehearsal for a military parade in Moscow, Russia, 29 April 2019. Russia will hold a Victory Day military parade on 09 May 2019 to mark the 74th anniversary since the capitulation of Nazi Germany in 1945. (Photo by Yuri Kochetkov/EPA/EFE) 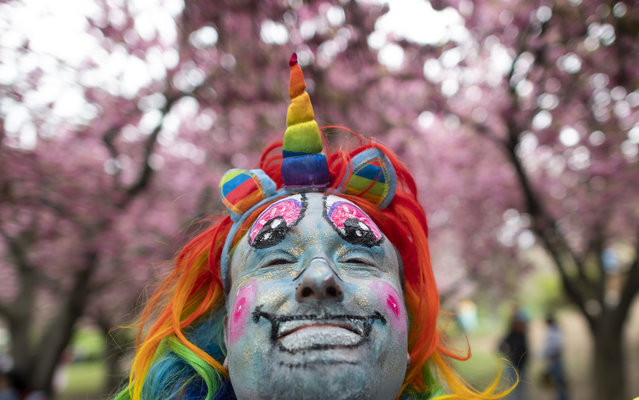 A man in a rainbow unicorn costume poses in front of a cherry during the Cherry blossom Festival at the Botanic Garden in Brooklyn, New York, April 28, 2019. (Photo by Johannes Eisele/AFP Photo) 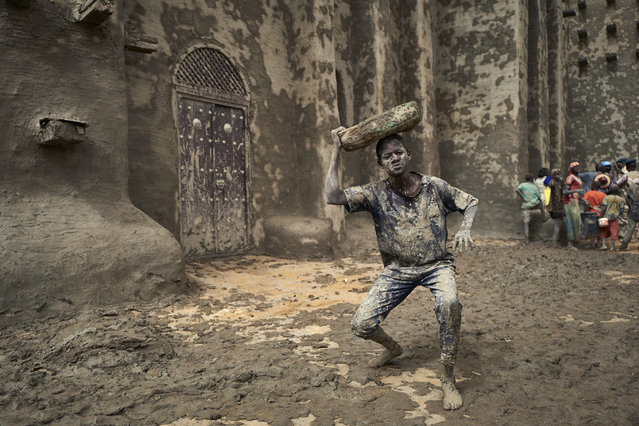 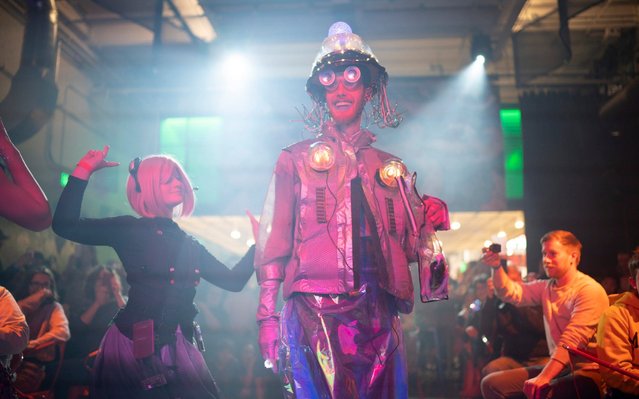 Contestants Connor Bahlo and Aria Trifilio walk the runway through the crowded room of robot fashionistas during the Robot Fashion Show, Sunday, April 28, 2019, in St. Paul, Minn. Tech Dump, the electronics recycling and refurbishing non-profit put on their third annual Robot Fashion Show at Can Can Wonderland in St. Paul. Nine teams created bot-couture costumes and characters inspired by technology. Contestants were judged on creativity, originality, use of repurposed electronics, and audience appeal. (Photo by Jeff Wheeler/Star Tribune via AP Photo) 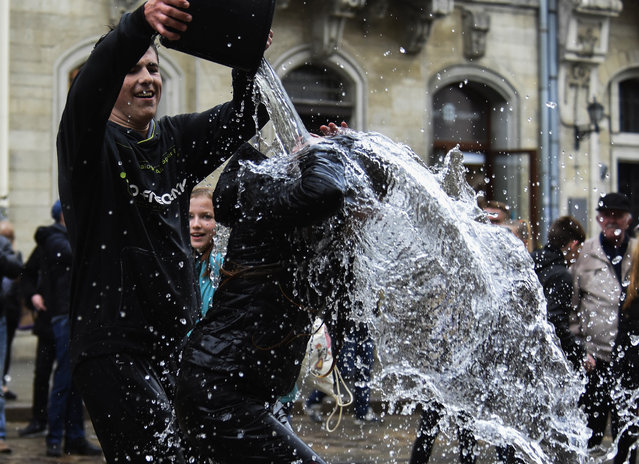 Ukrainians pour water on each other on a street in downtown of the West-Ukrainian city of Lviv, Ukraine, 29 April 2019. The custom of pouring water is an ancient spring cleansing rite that takes place on the Easter Monday. (Photo by Markiian Lyseiko/EPA/EFE) 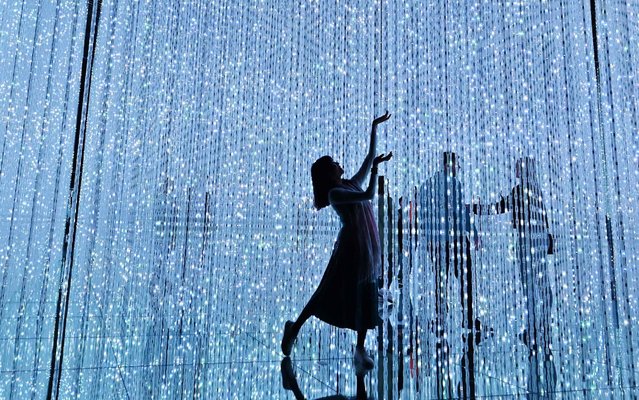 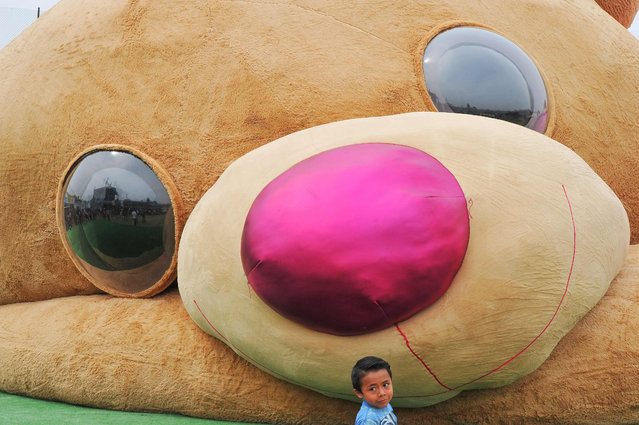 A little boy stands in front of a giant teddy bear measuring more than 20 meters long and 4 tons of weight, which entered the Guiness Book of World Records as the biggest of its kind on April 28, 2019 in Xonacatlan, Mexico state. (Photo by Mario Vazquez/AFP Photo)
Edit Del
01 May 2019 00:05:00, post received 0 comments
Publication archive:
←   →
Popular tags:
All tags
Last searches: