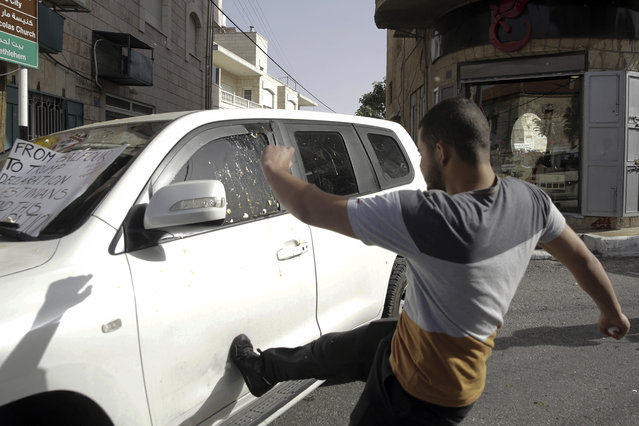 A Palestinian activist kicks a vehicle of a delegation from the U.S. Embassy in Jerusalem as they arrive for a meeting in Beit Jala, West Bank, Monday, May 21, 2018. A small group of Palestinian protesters in the West Bank has pelted an American diplomatic vehicle with eggs to protest the recent move of the U.S. Embassy to Jerusalem. (Photo by Mahmoud Illean/AP Photo) 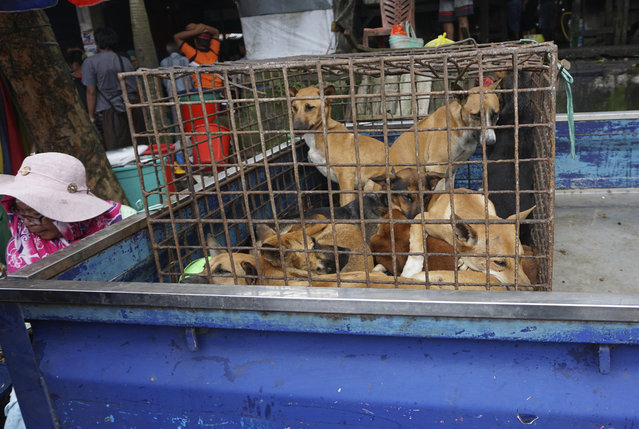 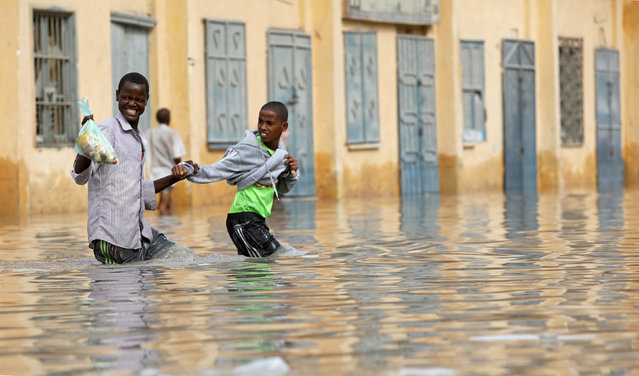 Residents wade through a flooded street in Hamerweyne district of Mogadishu, Somalia May 20, 2018. (Photo by Feisal Omar/Reuters) 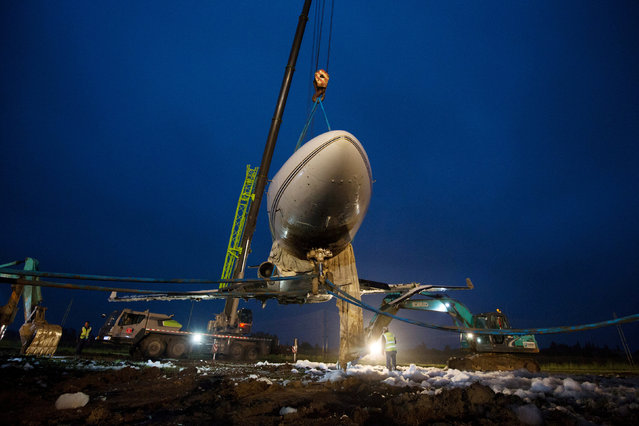 A Star Jet business plane that veered off the runway at the Taizhou International Airport is seen lifted in Yangzhou, Jiangsu province, China May 21, 2018. (Photo by Reuters/China Stringer Network) 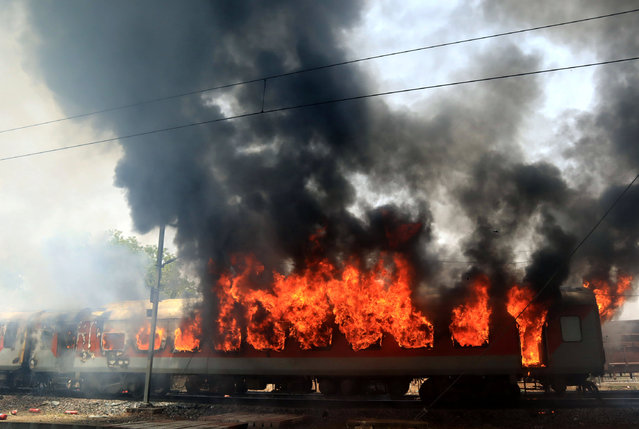 Smoke and fire billows out from a coach of a passenger train after it caught fire near Birlanagar railway station in Gwalior, India, May 21, 2018. (Photo by Reuters/Stringer) 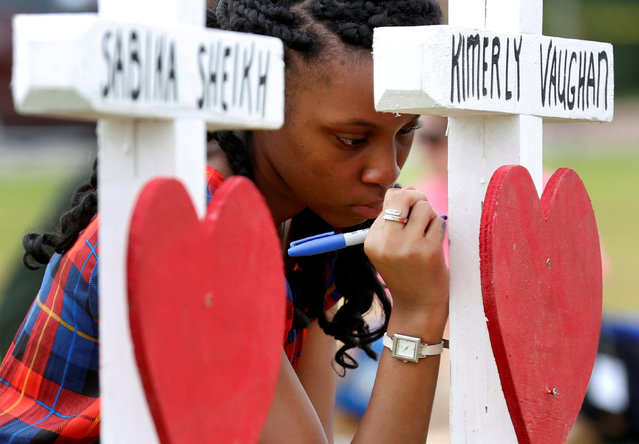 Jai Gillard, a freshman at Santa Fe High School, writes a message on a cross at a makeshift memorial left in memory of the victims killed in a shooting in Santa Fe, Texas, U.S., May 21, 2018. (Photo by Jonathan Bachman/Reuters) 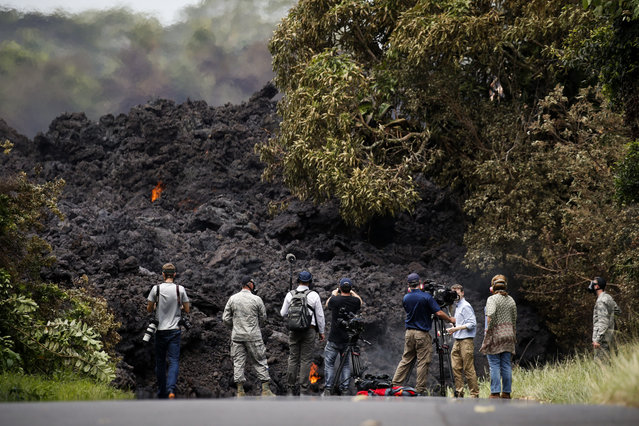 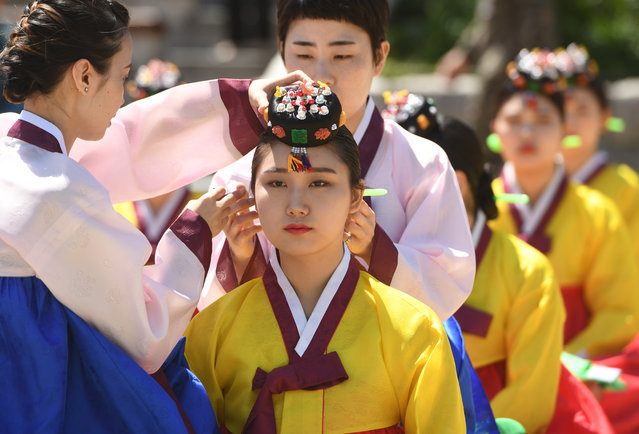 A young South Korean woman wears a traditional Korean flower cap during a traditional Coming-of-Age Day ceremony to mark adulthood at Namsan hanok village in Seoul on May 21, 2018. The ceremony marks the age of 19, at which a person is legally able to make life choices from voting, to drinking alcohol. (Photo by Jung Yeon-Je/AFP Photo) 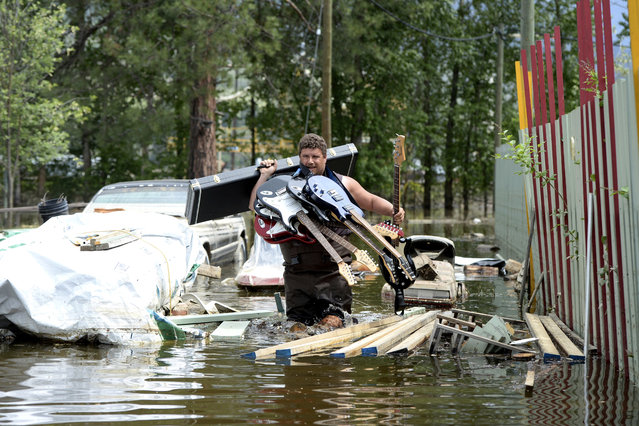 Resident Lars Androsoff carries his friend's guitars as he walks through the floodwaters in Grand Forks, British Columbia, on Thursday, May 17, 2018. Soaring temperatures over the last week caused rapid melting of extremely heavy snowpacks, swelling many rivers in B.C. to flood stage and prompting evacuation orders or alerts affecting more than 2,000 properties. (Photo by Jonathan Hayward/The Canadian Press via AP Photo) 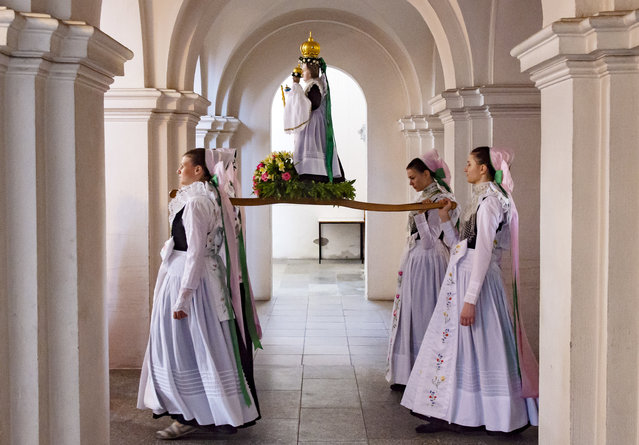 Women dressed in the traditional clothes of the Sorbs carry the statue of Virgin Mary during a procession in the church in Rosenthal, Germany, Monday, May 21, 2018. Traditionally on Whit Monday catholic faithful Sorbs, a Slavic minority near the German-Polish border, celebrate an open air mass in the small village east of Dresden. (Photo by Jens Meyer/AP Photo) 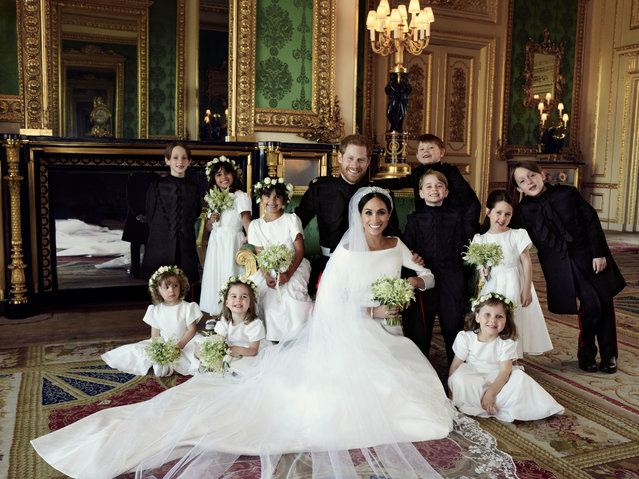 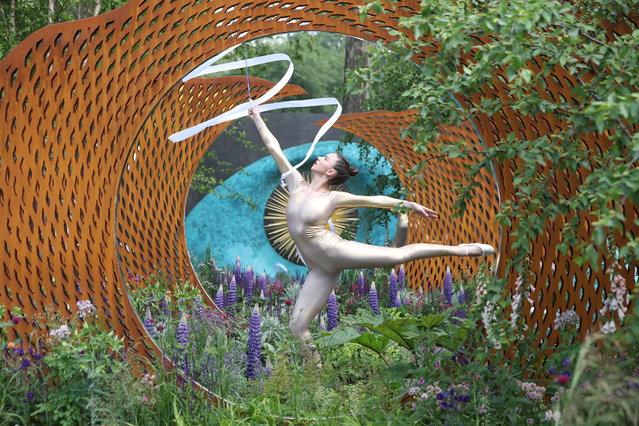 A dancer performs in The David Harber and Savills Garden at the 2018 Chelsea Flower Show in London on May 21, 2018. The Chelsea flower show, held annually in the grounds of the Royal Hospital Chelsea, opens to the public on May 22. (Photo by Daniel Leal-Olivas/AFP Photo) 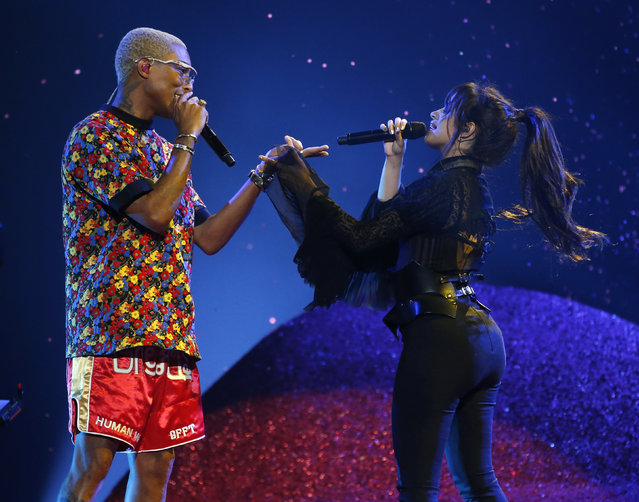 Pharrell Williams, left, and Camila Cabello perform at the Billboard Music Awards at the MGM Grand Garden Arena on Sunday, May 20, 2018, in Las Vegas, Nevada, U.S. (Photo by Mario Anzuoni/Reuters) 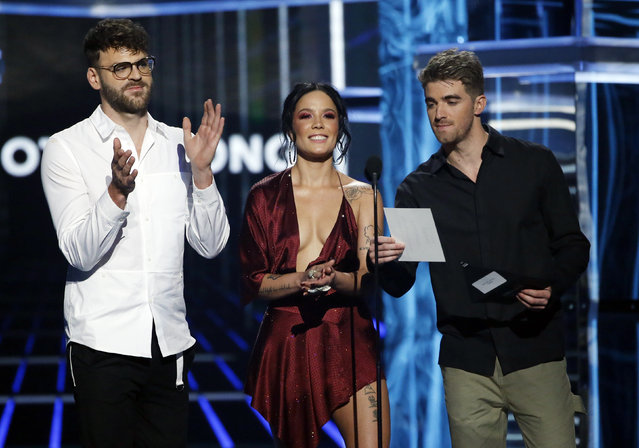 (L-R) Recording artists Alex Pall of The Chainsmokers, Halsey, and Andrew Taggart of The Chainsmokers speak onstage during the 2018 Billboard Music Awards at MGM Grand Garden Arena on May 20, 2018 in Las Vegas, Nevada. (Photo by Mario Anzuoni/Reuters) 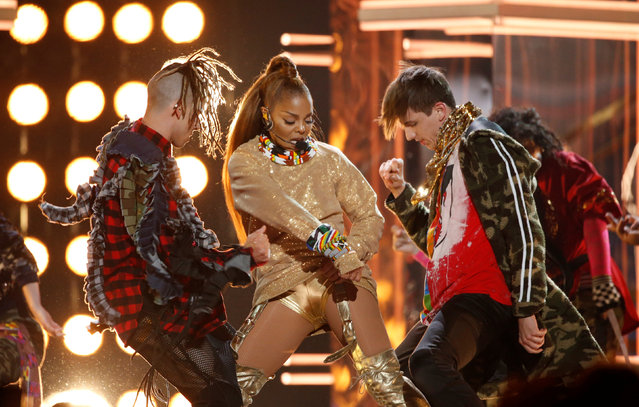 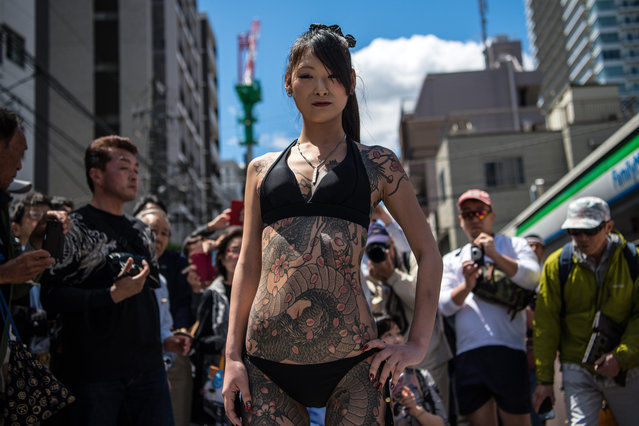 A heavily tattooed Japanese woman poses for photographs near Asakusa Temple during the third and final day of Sanja Festival, on May 20, 2018 in Tokyo, Japan. Sanja Festival is one of Japan's major festivals and is held annually in the Asakusa area of Tokyo. The three day event starts with a grand parade with people in traditional costumes performing dances before around a hundred mikoshi (portable shrines) from the local communities are carried to and from Asakusa Temple watched on by an audience of locals and tourists. (Photo by Carl Court/Getty Images)
Edit Del
22 May 2018 07:21:00, post received 0 comments
Publication archive:
←   →
Popular tags:
All tags
Last searches: