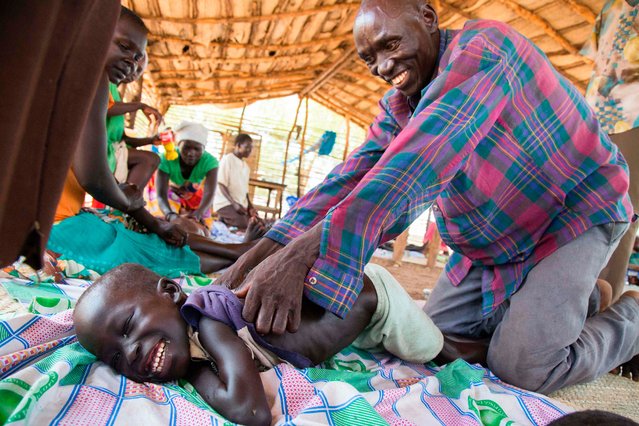 A refugee child from Sudan with disabilities is massaged at Doro refugee camp, in Maban, near Bunj, South Sudan, on May 3, 2017. Massagers from the local community, trained by the NGO Jesuit Refugee Service, provide massages to disabled refugee children three times a week to reduce their stress in the camp and improve their mobility. (Photo by Albert Gonzalez Farran/AFP Photo) 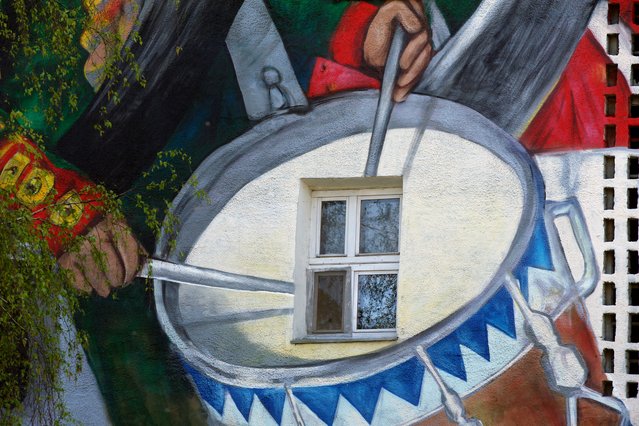 View of part of a huge graffiti showing Russian army commander Mikhail Kutuzov (1745-1813) that decorates a wall of an old residential house in the center of Moscow, Russia, 03 May 2017. The 400 square meters artwork is a project of the Russian Military Historical Society. Prince Mikhail Illarionovich Golenishchev-Kutuzov was the Commander-in-Chief of the Imperial Russian Army who was credited of winning the Patriotic War of 1812-1813 against Napoleon. (Photo by Sergei Chirikov/EPA) 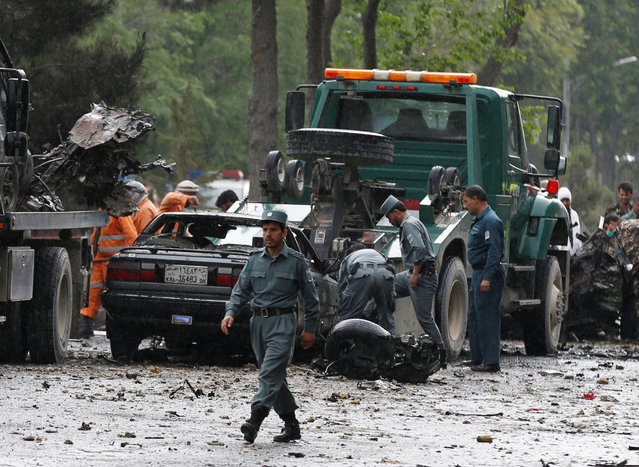 Afghan policemen inspect the site of a suicide attack in Kabul, Afghanistan May 3, 2017. (Photo by Omar Sobhani/Reuters) 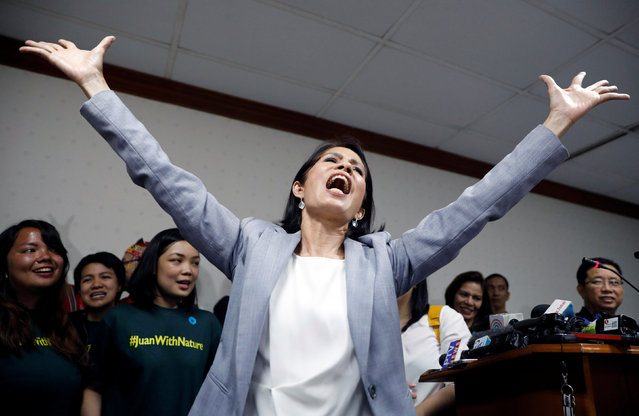 Philippine Environment Secretary Regina Lopez sings “I believe I can fly” during a news conference shortly after lawmakers rejected her appointment as Environment Secretary, 10 months into her term in office, at the Senate in Manila, Philippines May 3, 2017. (Photo by Erik De Castro/Reuters) 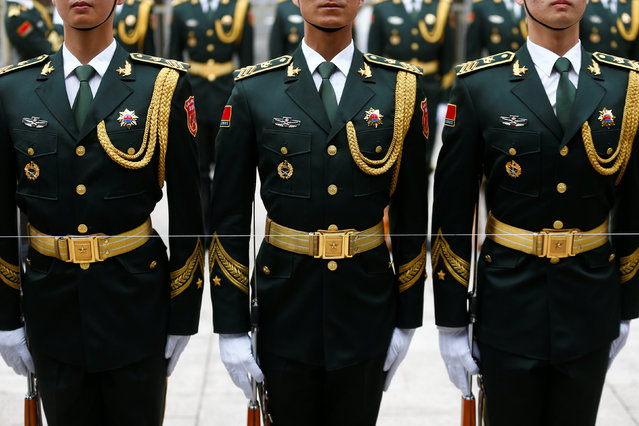 Members of the honour guard prepare for a welcoming ceremony attended by Chinese Premier Li Keqiang and Denmark's Prime Minister Lars Lokke Rasmussen at the Great Hall of the People in Beijing, China May 3, 2017. (Photo by Thomas Peter/Reuters) 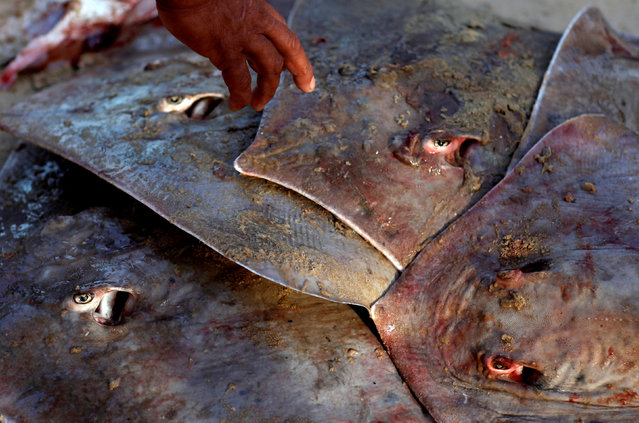 A fisherman prepares to catch ray fish at Meireles beach in Fortaleza, Brazil, May 1, 2017. (Photo by Paulo Whitaker/Reuters) 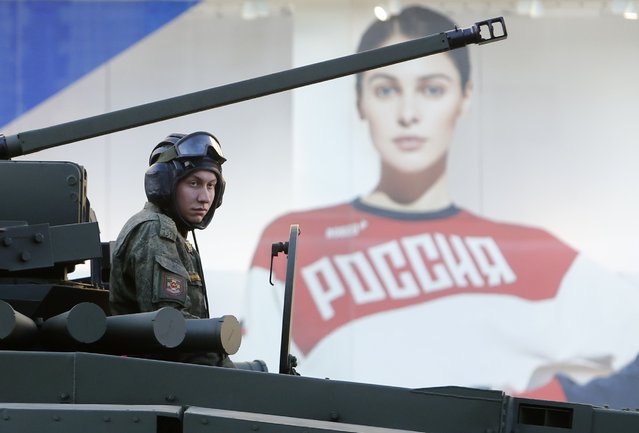 A Russian serviceman is seen onboard an armored vehicle in Tverskaya street before the rehearsal for the Victory Day parade in central Moscow, Russia, May 3, 2017. The sign behind a shop window in the background reads “Russia“. (Photo by Sergei Karpukhin/Reuters) 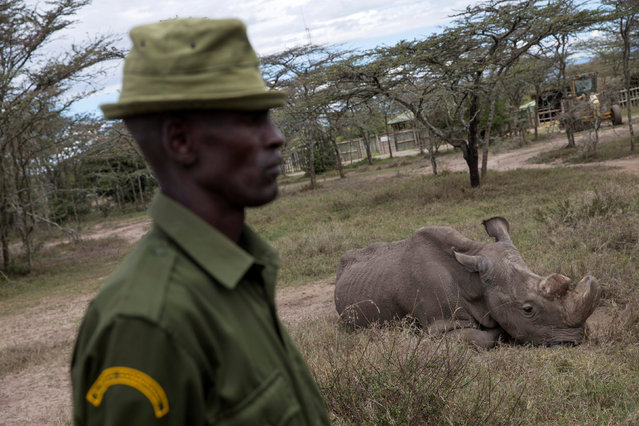 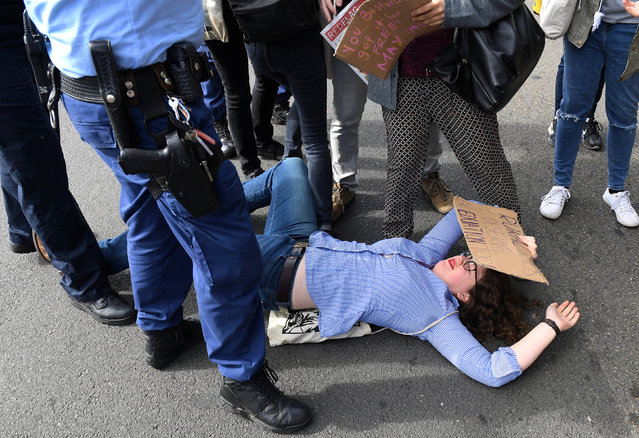 Police officers stand near university students after they removed them during a protest at the local Sydney office of Australian Prime Minister Malcolm Turnbull in Sydney, Australia May 4, 2017. (Photo by Paul Miller/Reuters/AAP) 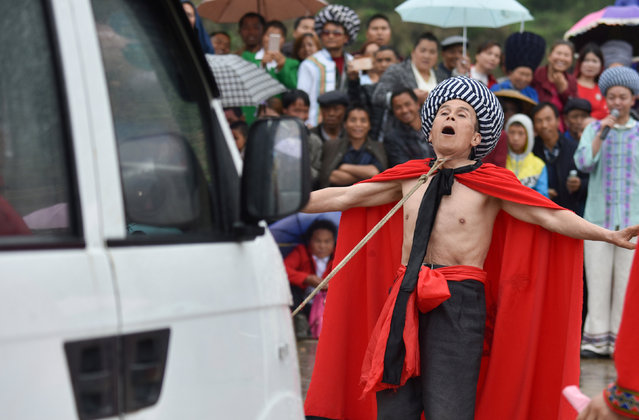 An ethnic Miao artist performs folk stunt as he drags a car with his throat during a local festival celebration event in Tongren, Guizhou province, China May 3, 2017. (Photo by Reuters/Stringer) 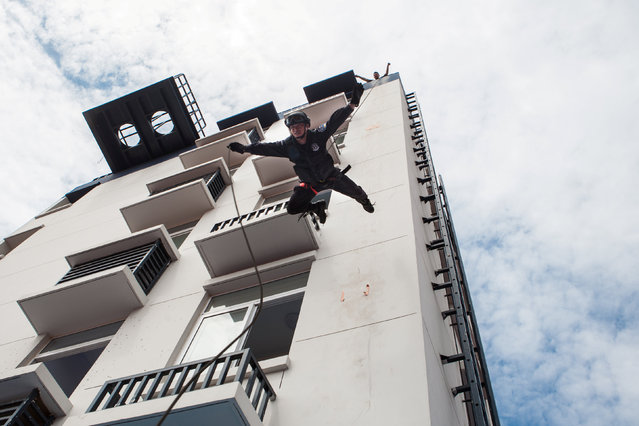 A policeman participates in a training session in Dezhou, Shandong province, China May 3, 2017. (Photo by Reuters/Stringer) 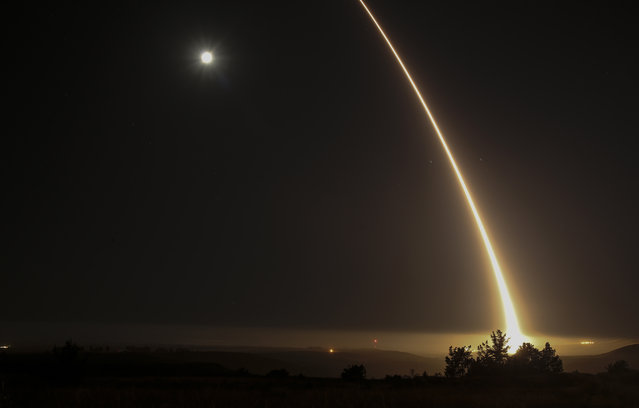 A streak of light trails off into the night sky as the US military test fires an unarmed intercontinental ballistic missile (ICBM) at Vandenberg Air Force Base, some 130 miles (209 kms) northwest of Los Angeles, California early on May 3, 2017. (Photo by Ringo Chiu/AFP Photo) 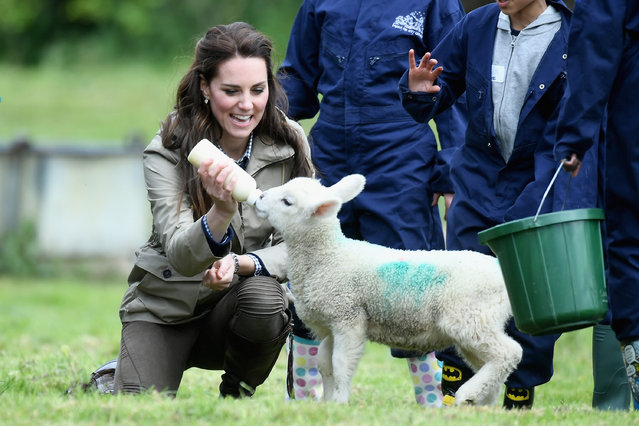 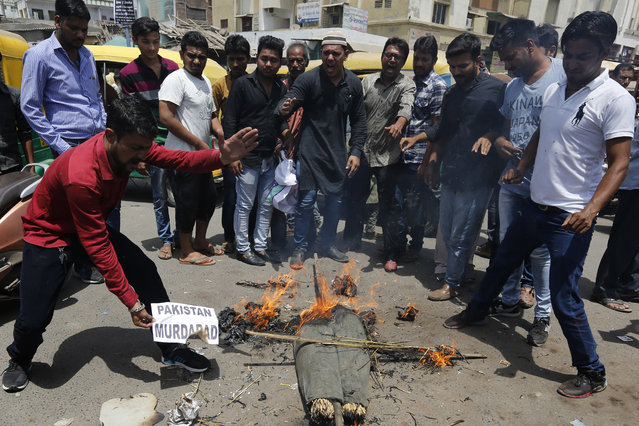 Indians burn an effigy of Pakistan and shout anti-Pakistan slogans during a protest in Ahmadabad, India, Wednesday, May 3, 2017. Two Indian soldiers were killed and their bodies mutilated Monday in an ambush by Pakistani soldiers along the highly militarized de facto border that divides the disputed region of Kashmir between the nuclear-armed rivals, the Indian army said. But Pakistan denied any such attack, calling the Indian claims false. (Photo by Ajit Solanki/AP Photo) 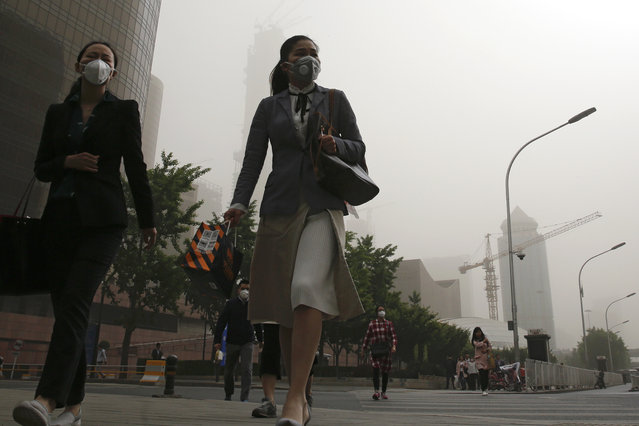 Office workers wearing face masks walk on a street as Beijing is hit by polluted air and sandstorm Thursday, May 4, 2017. Authorities in Beijing issued a blue alert on air pollution as sandstorm swept through the Chinese capital city on Thursday morning. (Photo by Andy Wong/AP Photo) 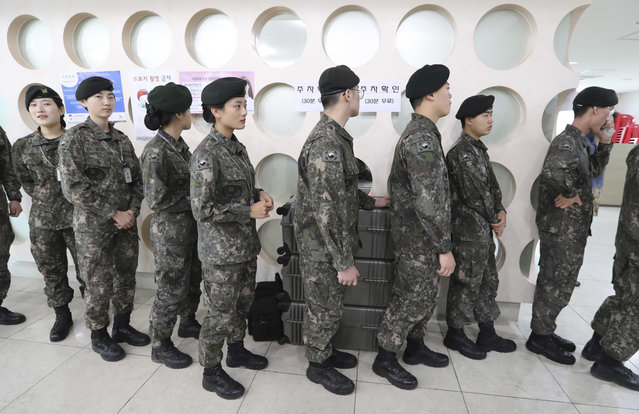 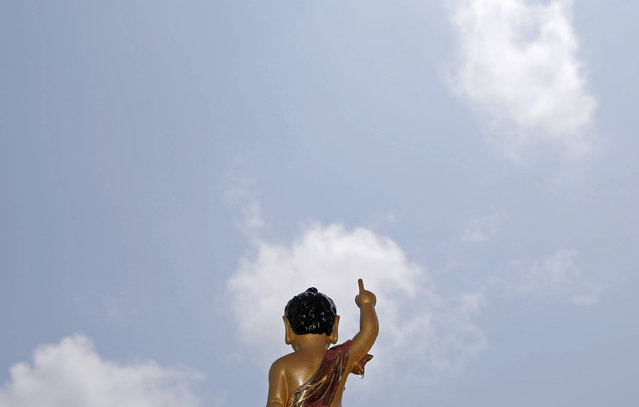 A Buddha statue is displayed during an event to celebrate the birthday of Buddha in Hong Kong, Wednesday, May 3, 2017. (Photo by Kin Cheung/AP Photo) 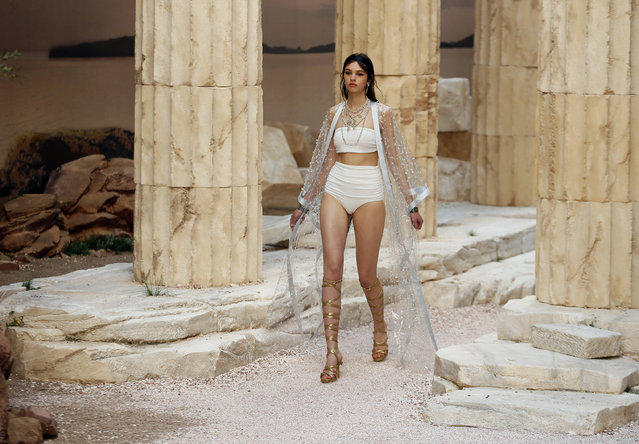