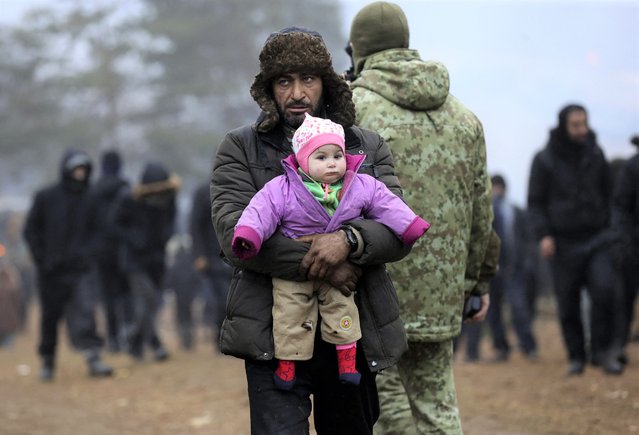 A migrant carrying a child walks in a camp near the Belarusian-Polish border in the Grodno region on November 14, 2021. Dozens of migrants have been detained after crossing into Poland from Belarus, Warsaw said on November 14, warning of a possible larger breakthrough ahead of an EU meeting to widen sanctions on Belarus. (Photo by Oksana Manchuk/BELTA via AFP Photo) 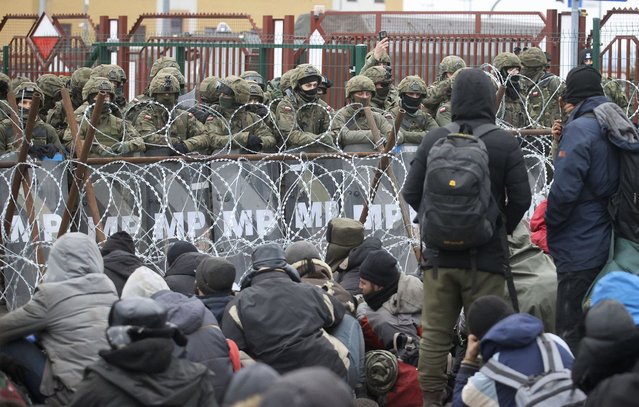 Migrants from the Middle East and elsewhere gather at the checkpoint “Kuznitsa” at the Belarus-Poland border near Grodno, Belarus, on Monday, November 15, 2021. European Union foreign ministers are expected Monday to decide to expand sanctions against Belarus to include airlines, travel agents and individuals alleged to be helping to lure migrants to Europe as part of a “hybrid attack” against the bloc by President Alexander Lukashenko. (Photo by Leonid Shcheglov/BelTA Photo via AP Photo) 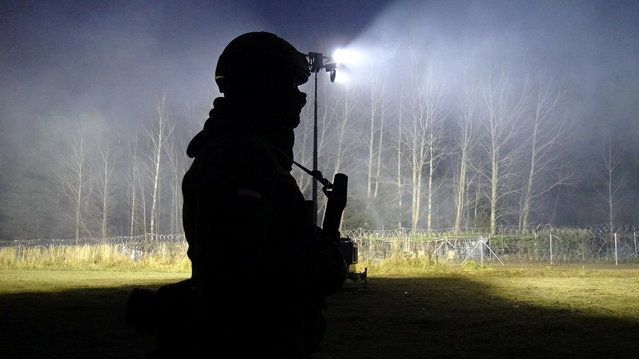 Polish soldiers patrol Poland/Belarus border near Kuznica, Poland, in this photograph released by the Territorial Defence Forces, November 15, 2021. (Photo by DWOT/Handout via Reuters) 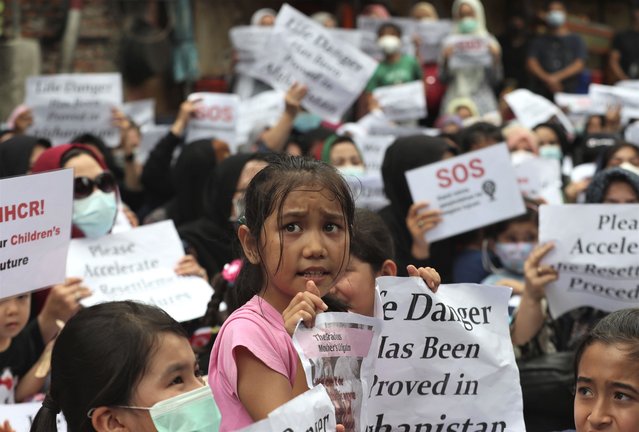 Afghan women and children refugees living in Indonesia hold posters during a rally outside a building that houses UNHCR representative office in Jakarta, Indonesia, Monday, November 15, 2021. Hundreds of Afghan refugees and asylum seekers living in Indonesia rallied in front of the U.N. refugee agency office in Jakarta on Monday to urge it to speed up their resettlement. (Photo by Achmad Ibrahim/AP Photo) 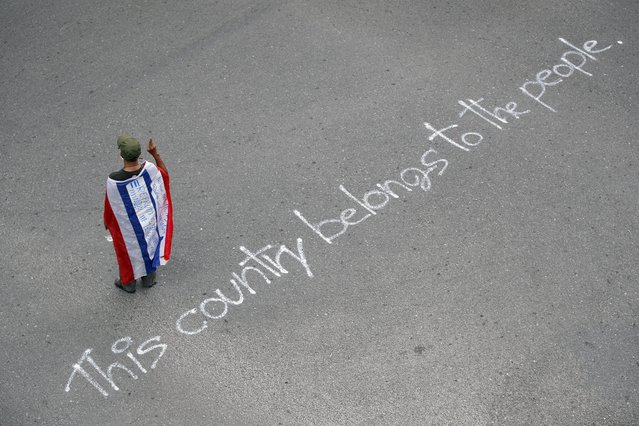 A protester covered himself with Thai national flag flashes three-finger salute next to a sentence written on the street during a street protest calling for the monarchy reform at an intersection of a shopping district in Bangkok, Thailand, 14 November 2021. Hundreds of protesters gather to protest calling to reform the monarchy after the Constitutional Court ruled that three protest leaders aimed to overthrow the monarchy during their mass rally calling for political and monarchy reform. (Photo by Rungroj Yongrit/EPA/EFE) 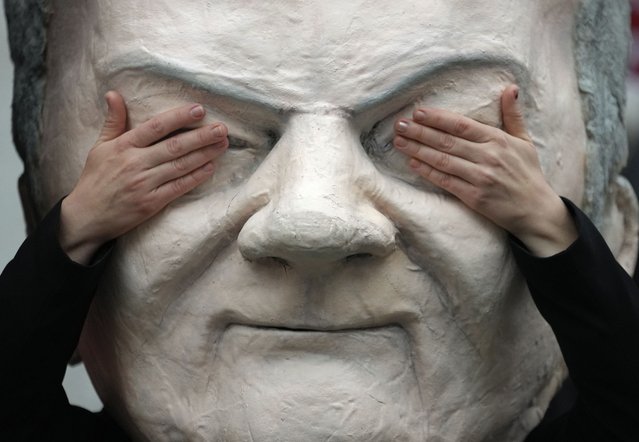 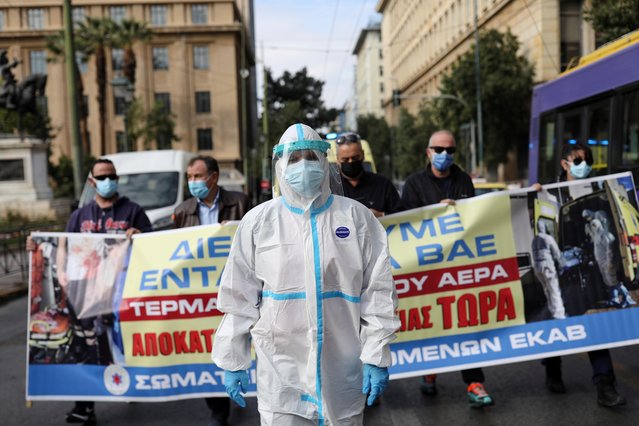 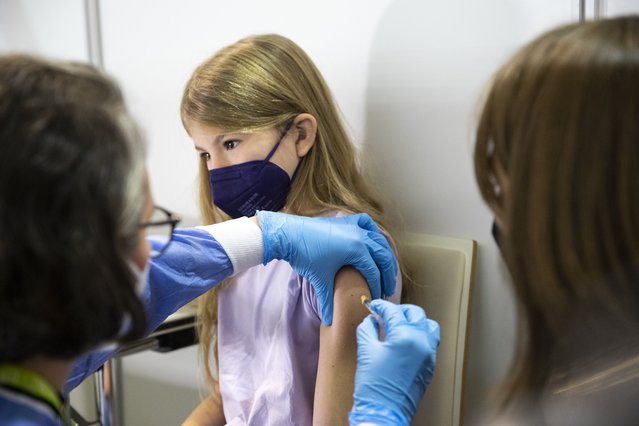 A young patient receives the Pfizer vaccine against the COVID-19 disease. The official vaccination for children between the age of 5 and 12 years start today in Vienna, Austria, Monday, November 15, 2021. (Photo by Lisa Leutner/AP Photo) 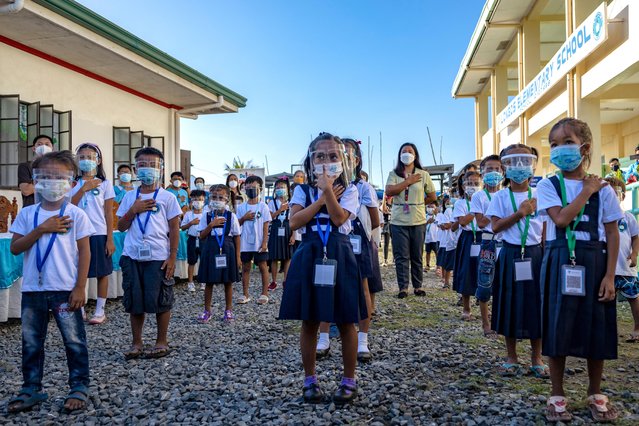 Elementary students wear facemasks and face shields as preventive measure against COVID-19, as they attend a flag-raising ceremony before the start of classes at Longos Elementary School on November 15, 2021 in Alaminos, Pangasinan province, Philippines. After almost two years since schools closed due to the COVID-19 pandemic, the Philippines resumed limited face-to-face classes in 100 schools across the country on November 15. The Philippines is the last country in the world to reopen schools since the pandemic began, after Venezuela reopened schools on October 25. Critics are blaming the government's lackluster pandemic response for the prolonged closure of schools. (Photo by Ezra Acayan/Getty Images) 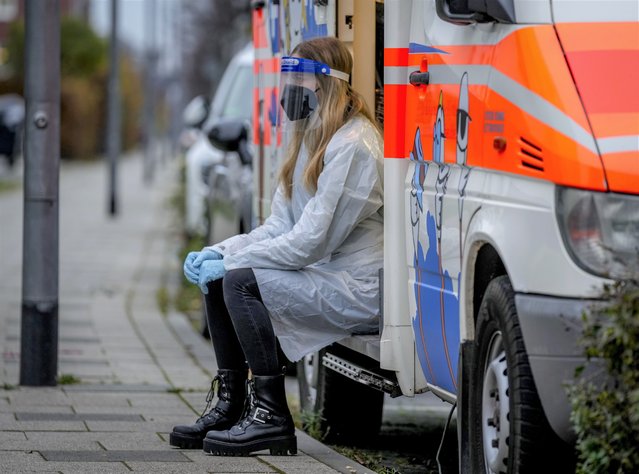 A medical worker waits for a child to get ready for a rapid test in a mobile Corona test van in Frankfurt, Germany, Monday, November 15, 2021. The numbers of Corona infections have been rising again in Germany. (Photo by Michael Probst/AP Photo) 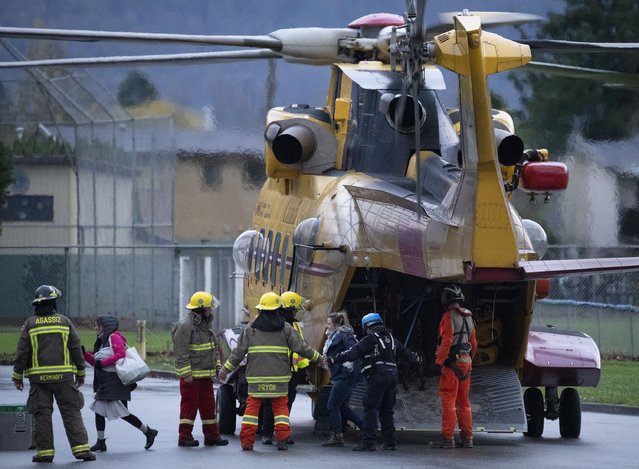 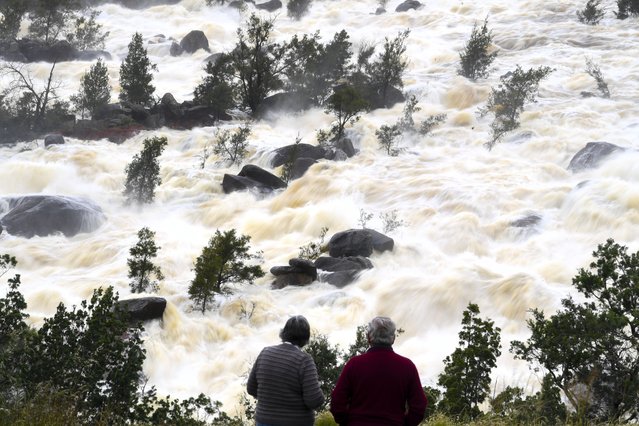 Locals take a look at overflow water spills from Wyangala Dam near the NSW town of Cowra, Monday, November 15, 2021. The NSW State Emergency Service has warned locals in up to 800 homes in towns along the Lachlan River to be prepared for evacuation. (Photo by Lukas Coch/AAP Image) 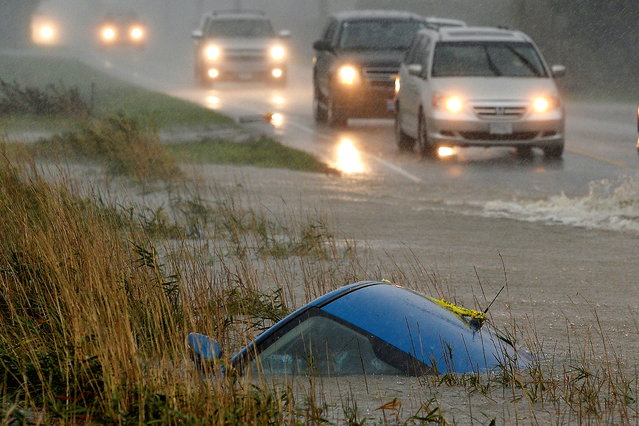 A car lies submerged in a ditch on a flooded stretch of road after rainstorms lashed the western Canadian province of British Columbia, triggering landslides and floods, shutting highways, in Chilliwack, British Columbia, Canada on November 15, 2021. (Photo by Jennifer Gauthier/Reuters) 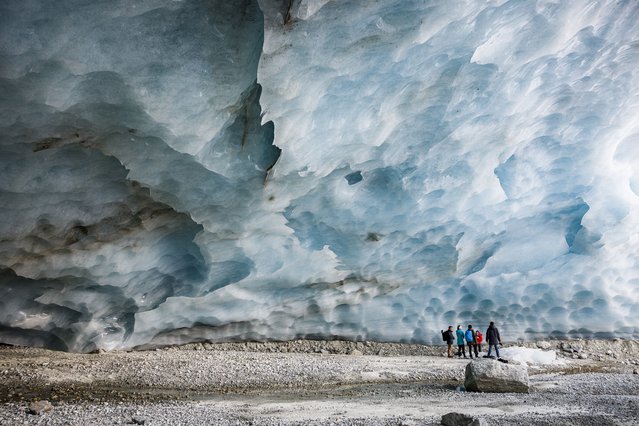 Hikers visit an ice cave formed at the end section of the Zinal glacier, above the alpine village of Zinal, Switzerland, 13 November 2021. Over the last 60 years the overall glacier volume in Switzerland has shrunk by almost 50 percent loosing between 2 percent and 3 percent volume per year over the last four years according to the GLAMOS (Glacier Monitoring in Switzerland project). (Photo by Valentin Flauraud/EPA/EFE) 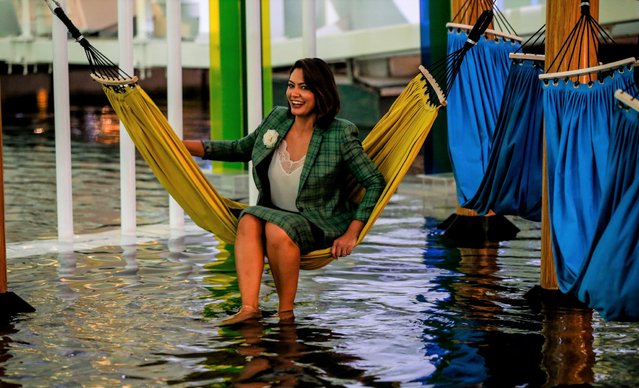 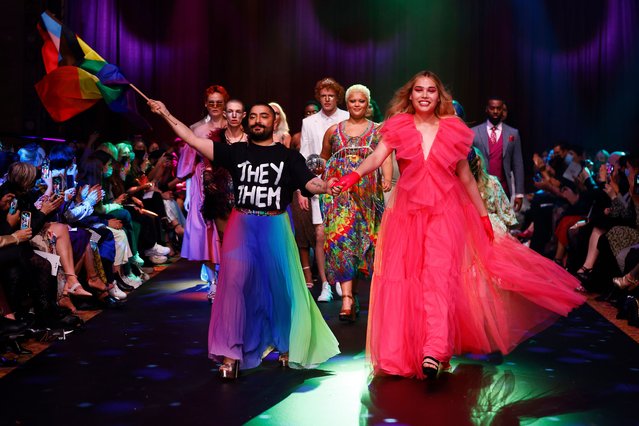 Models walk the runway in the finale during the Plaza Ballroom Runway at Regent Theatre on November 15, 2021 in Melbourne, Australia. (Photo by Daniel Pockett/Getty Images) 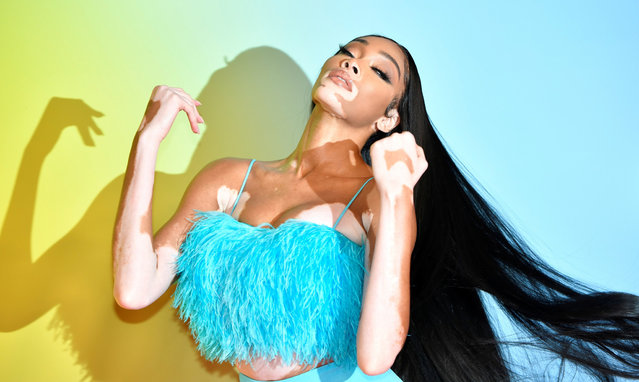