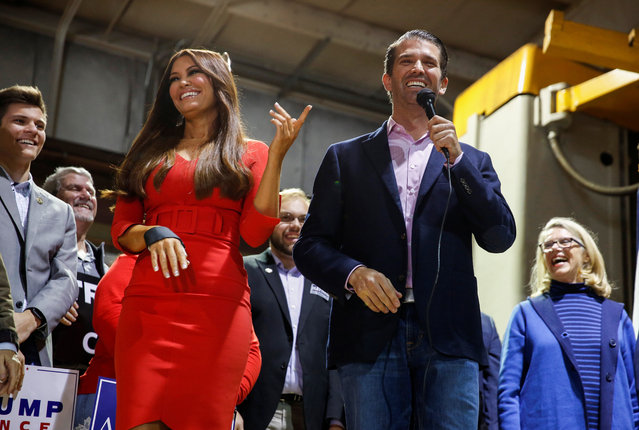 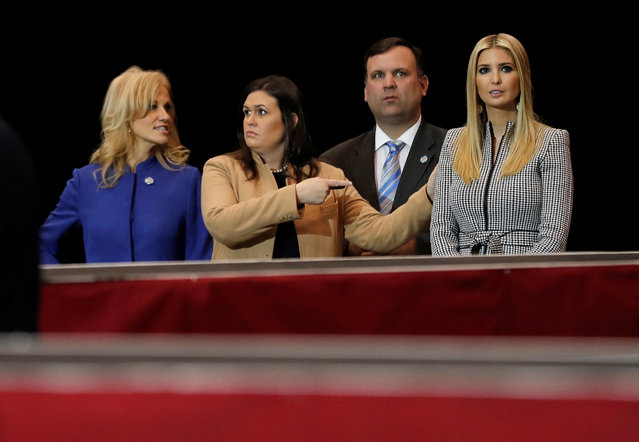 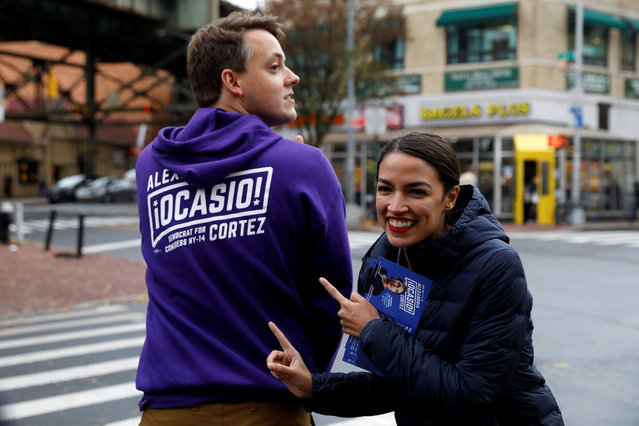 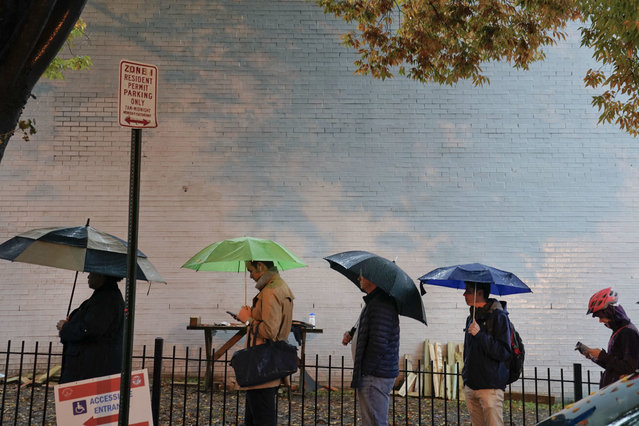 Voters line up in the rain outside Bright Family and Youth Center in the Columbia Heights neighborhood in Washington, Tuesday, November 6, 2018. Across the country, voters headed to the polls Tuesday in one of the most high-profile midterm elections in years. (Photo by Pablo Martinez Monsivais/AP Photo) 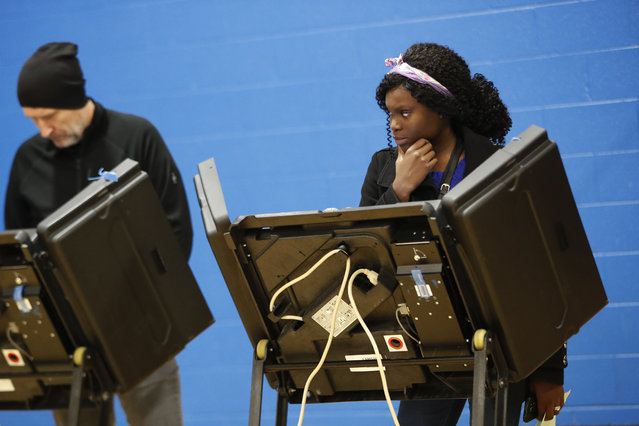 A voter waits for assistance from a volunteer at the Tuttle Park Recreation Center, Tuesday, November 6, 2018, in Columbus, Ohio. Across the country, voters headed to the polls Tuesday in one of the most high-profile midterm elections in years. (Photo by John Minchillo/AP Photo) 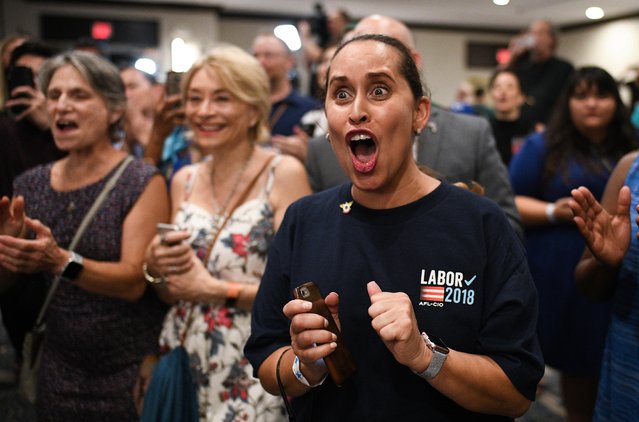 Supporters of Sen. Bill Nelson (D-FL) react during an election night event at the Embassy Suites on November 6, 2018 in Orlando, Florida. Nelson is running against Republican Governor of Florida Rick Scott for the Florida Senate seat. (Photo by Jeff J. Mitchell/Getty Images) 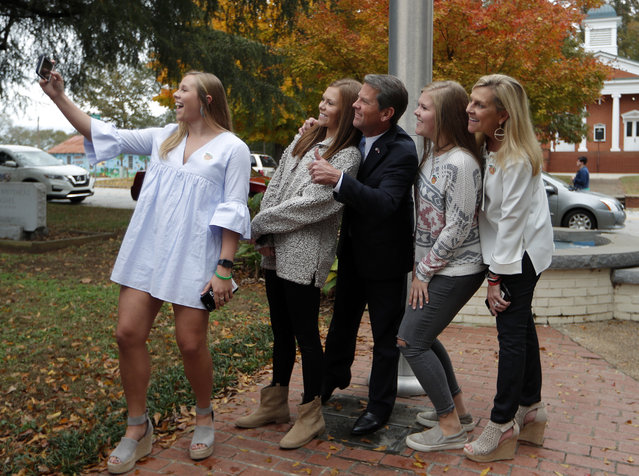 Georgia Republican gubernatorial candidate Brian Kemp poses for a photo with his family after voting Tuesday, November 6, 2018, in Winterville, Ga. Kemp is in a close race with Democrat Stacey Abrams. (Photo by John Bazemore/AP Photo) 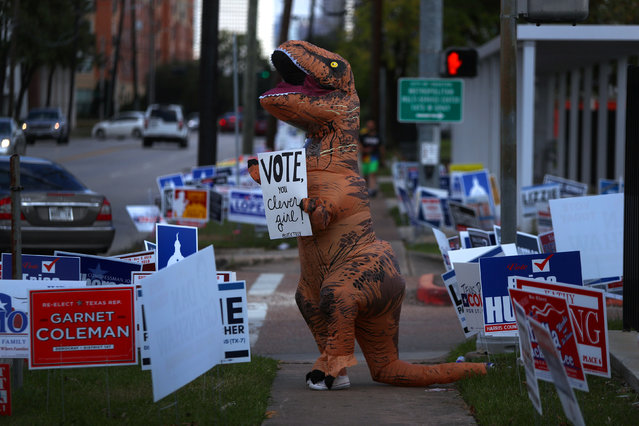 A person dressed as a dinosaur urges people to vote in the midterm elections in Houston, Texas on November 6, 2018. (Photo by Cathal McNaughton/Reuters) 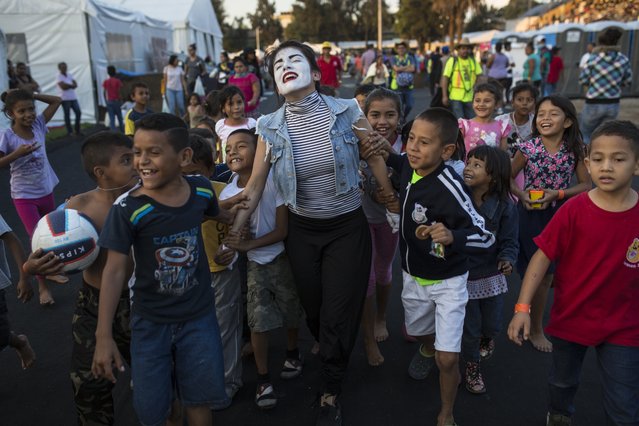 A woman performs as a mime for Central American migrant children at the Jesus Martinez stadium in Mexico City, Tuesday, November 6, 2018. Humanitarian aid converged around the stadium in Mexico City where thousands of Central American migrants winding their way toward the United States were resting Tuesday after an arduous trek that has taken them through three countries in three weeks. (Photo by Rodrigo Abd/AP Photo) 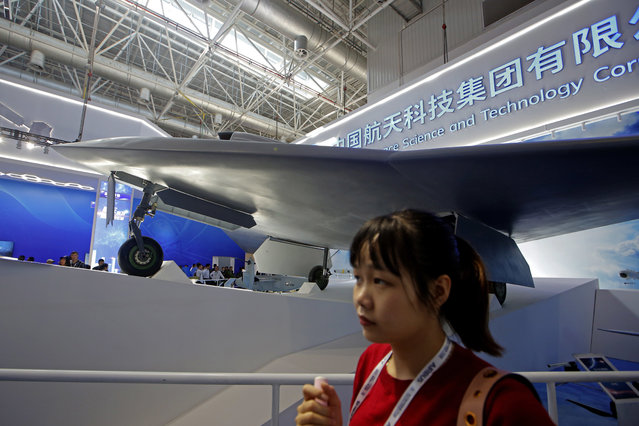 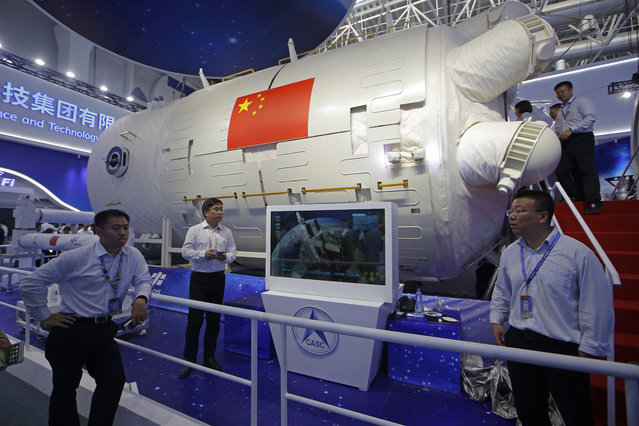 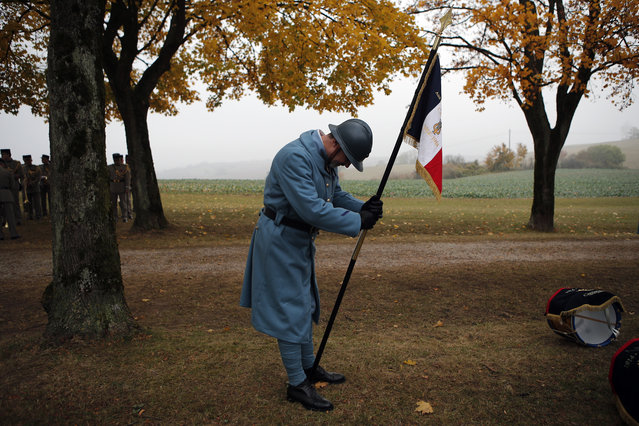 Reenactor soldier waits for the arrival of French President Emmanuel Macron during a ceremony as part of the celebrations of the centenary of the First World War, in Morhange, eastern France, Monday, November 5, 2018. French President Emmanuel Macron kicks off a week of commemorations for the 100th anniversary of the end of World War One, which is set to mix remembrance of the past and warnings about the present surge in nationalism around the globe. (Photo by Francois Mori/AP Photo) 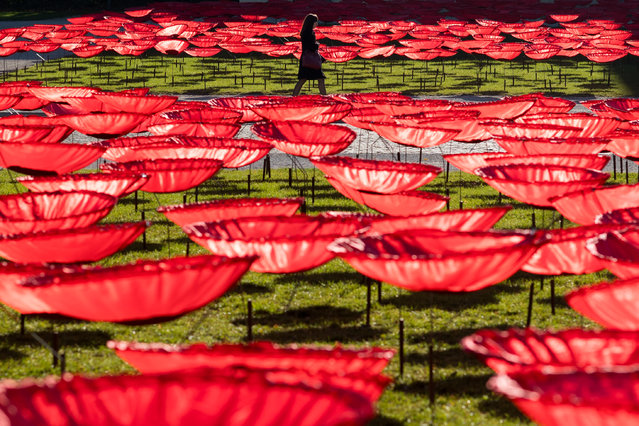 A woman walks past an art installation of 3,200 giant poppy flowers made of artificial silk to remember the end of World War I at Koenigsplatz square in Munich, Bavaria, Germany, 05 November 2018. The art installation of German artist Walter Kuhn will be formally opened on November 11, the end of World War I. The red poppy flower is a symbol of remembrance for those who fought in WWI. (Photo by Lennart Preiss/EPA/EFE) 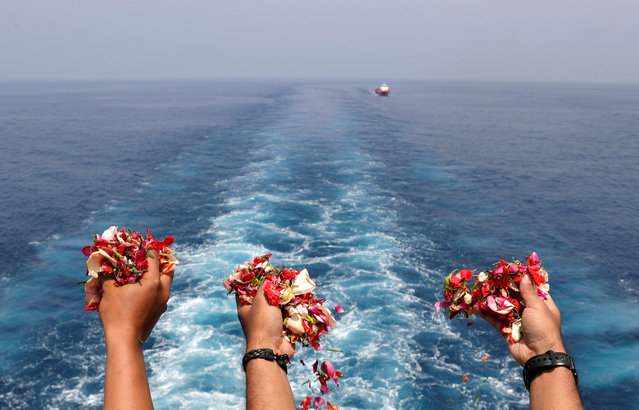 Families and colleagues of passengers and crew of Lion Air flight JT610 throw flowers and petals from the deck of Indonesia Navy ship KRI Banjarmasin as they visit the site of the crash to pay their tribute, at the north coast of Karawang, Indonesia on November 6, 2018. (Photo by Reuters/Beawiharta) 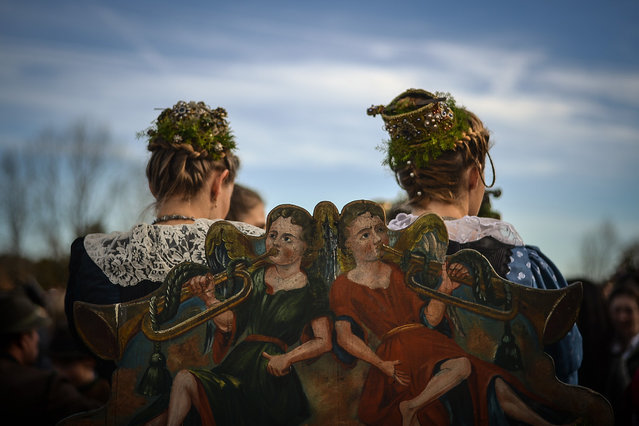 Women wearing traditional costumes of Bavaria on a festive horse-drawn carriage take part in the Leonhardifahrt procession in Bad Toelz, Germany, 06 November 2018. The Leonhardifahrt procession is an annual event dating back to 1776 to honor Saint Leonhard, the patron saint of animals. Every 6th of November, the horse-drawn carriages drive through the Isar river town up to the Calvary hill. (Photo by Philipp Guelland/EPA/EFE) 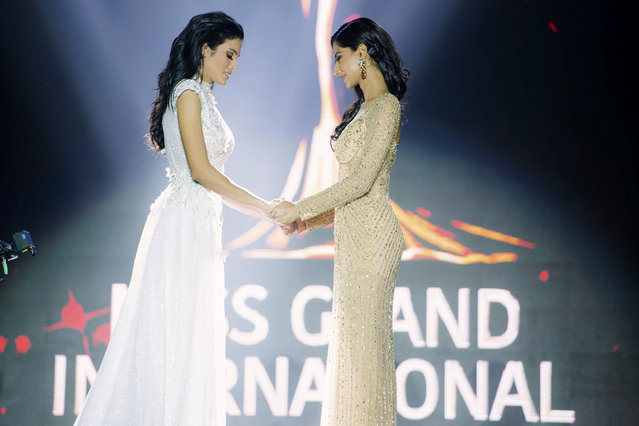 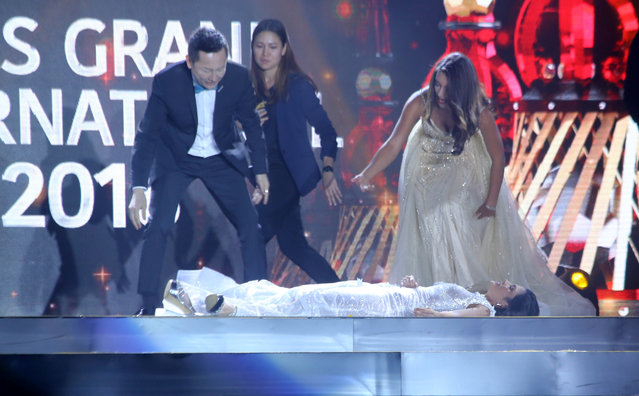