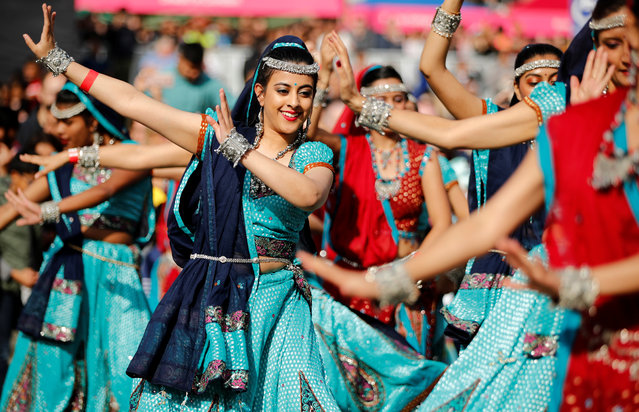 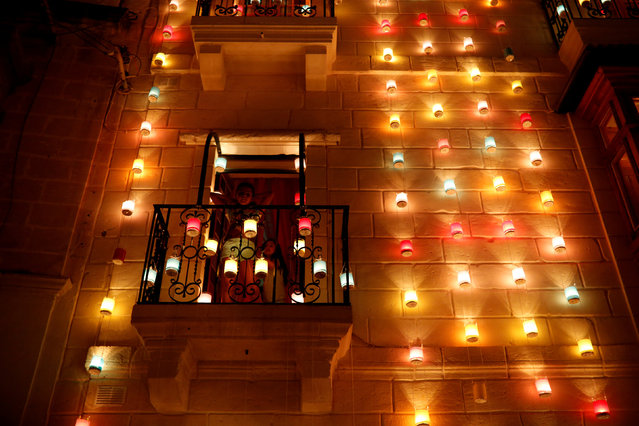 Children stand on a balcony during “Birgu by Candlelight”, an annual event during which most street lights are switched off and the city is lit up by candlelight to create a magical ambience, in the medieval city of Birgu, also known as Vittoriosa, Malta, October 14, 2017. (Photo by Darrin Zammit Lupi/Reuters) 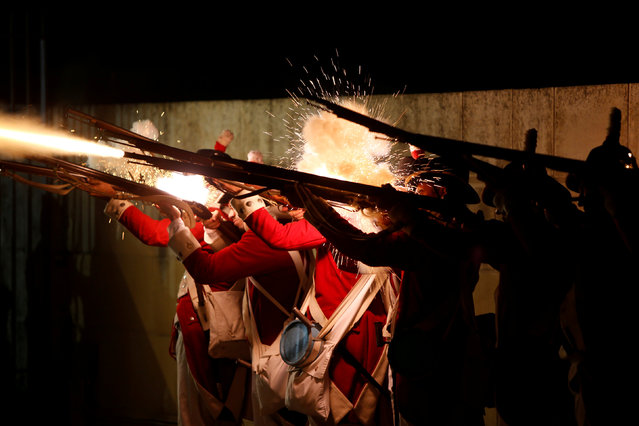 The British Marines unit of the Historical Reenactment Group Malta fire their muskets during “Birgu by Candlelight”, an annual event during which most street lights are switched off and the city is lit up by candlelight to create a magical ambience, in the medieval city of Birgu, also known as Vittoriosa, Malta, October 14, 2017. (Photo by Darrin Zammit Lupi/Reuters) 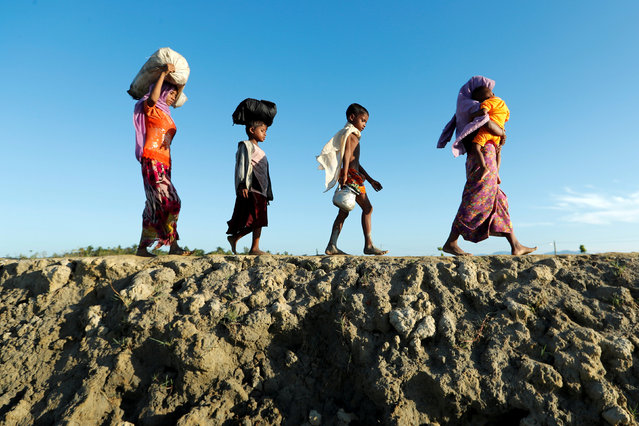 Rohingya refugees arrive at a beach after crossing from Myanmar, in Teknaf, Bangladesh October 15, 2017. (Photo by Jorge Silva/Reuters) 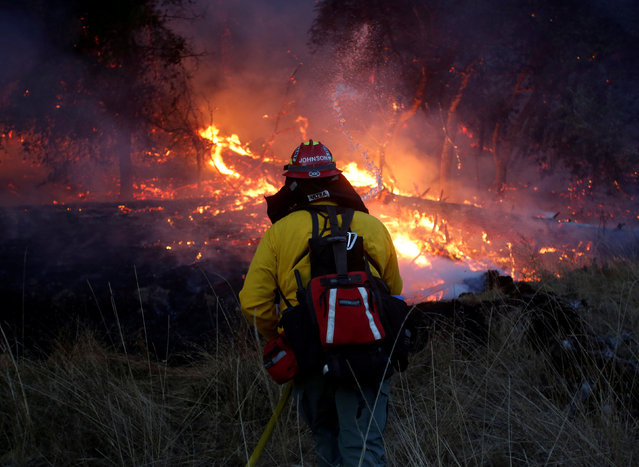 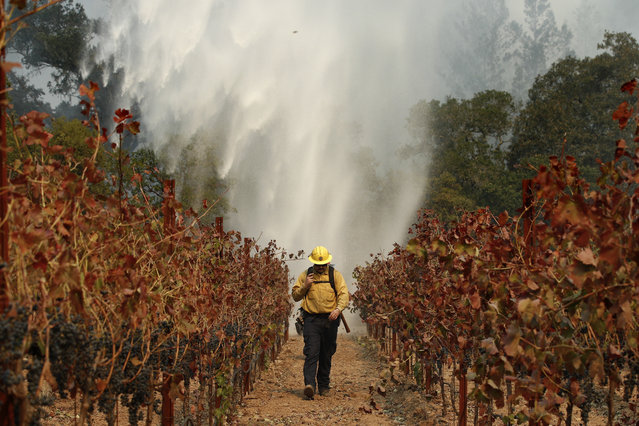 Firefighter Chris Oliver walks between grape vines as a helicopter drops water over a wildfire burning near a winery Saturday, October 14, 2017, in Santa Rosa, Calif. Fire crews made progress this week in their efforts to contain the massive wildfires in California wine country, but officials say strong winds are putting their work to the test. (Photo by Jae C. Hong/AP Photo) 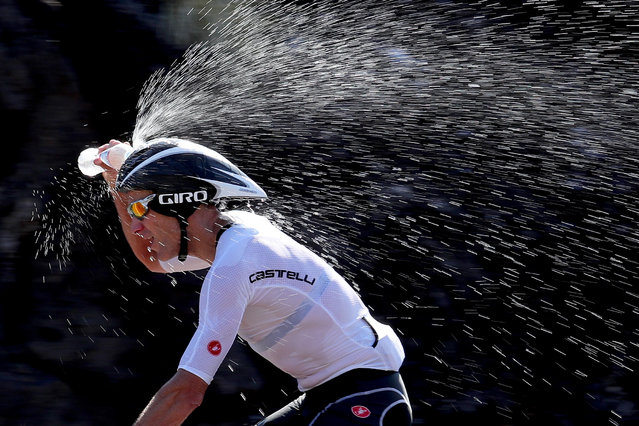 Thomas Gentry McGrath of the United States cools down with water as he competes on the bike during the IRONMAN World Championship on October 14, 2017 in Kailua Kona, Hawaii. (Photo by Tom Pennington/Getty Images for IRONMAN) 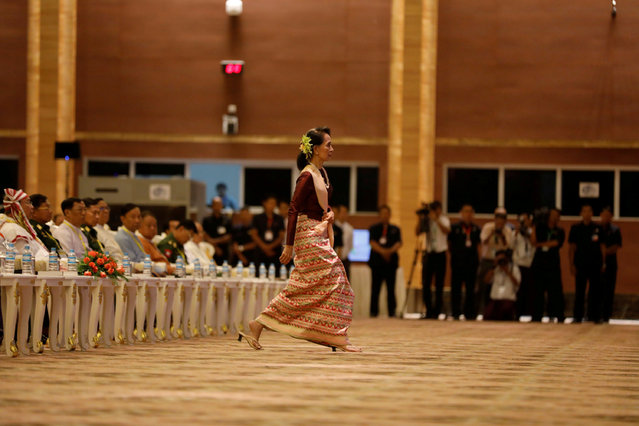 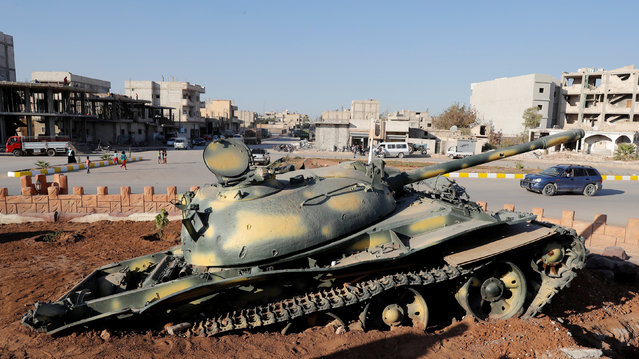 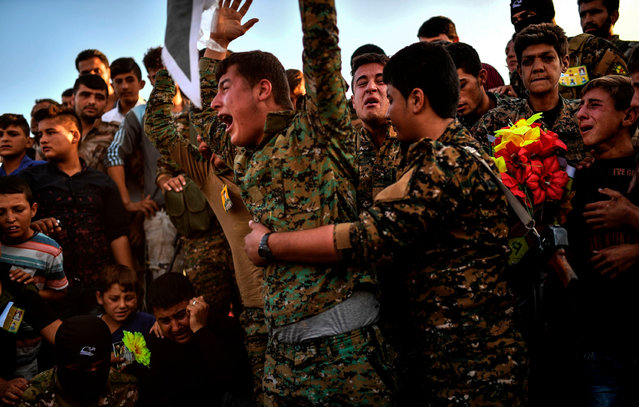 A picture taken on October 14, 2017 in the Kurdish town of Kobane in northern Syria shows people and members of the Kurdish People' s Protection Units (YPG) mourning during the funeral of a Kurdish fighter, who was killed in clashes against Islamic State (IS) group fighters in the city of Deir Ezzor Syrian fighters backed by US special forces are battling to clear the last remaining IS jihadists holed up in their crumbling stronghold of Raqa. (Photo by Bulent Kilic/AFP Photo) 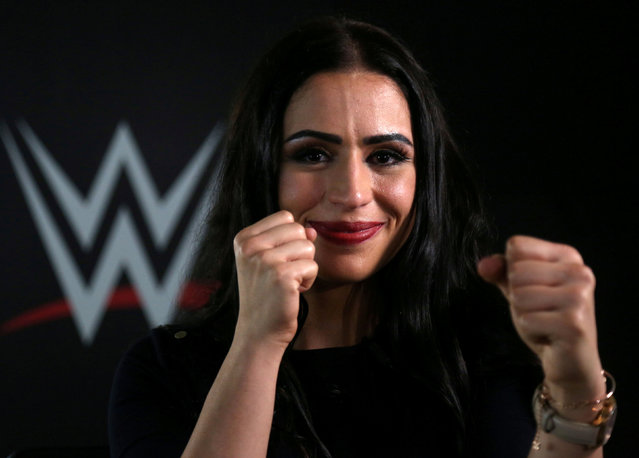 Shadia Bseiso, who was signed by World Wrestling Entertainment Inc. as its first female performer from the Arab world, gestures during an interview with Reuters in Dubai, UAE October 15, 2017. (Photo by Satish Kumar/Reuters) 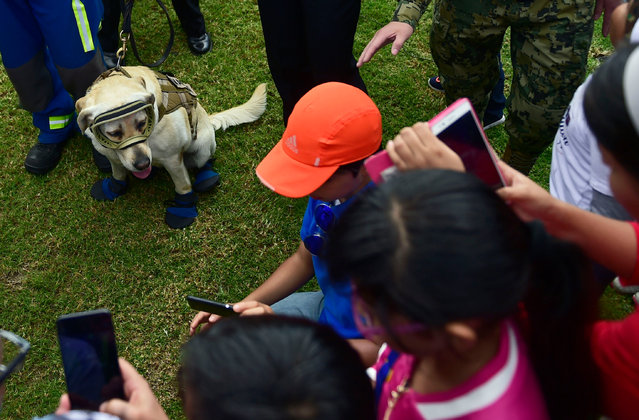 Mexican rescue dog “Frida”, which took part in the search for victims of the last earthquake, is acknowledged during an exhibition at the headquarters of the Mexican Navy in Mexico City, on October 14, 2017. (Photo by Pedro Pardo/AFP Photo) 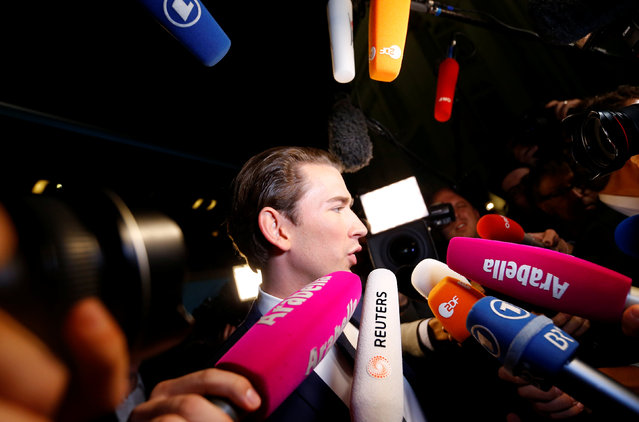 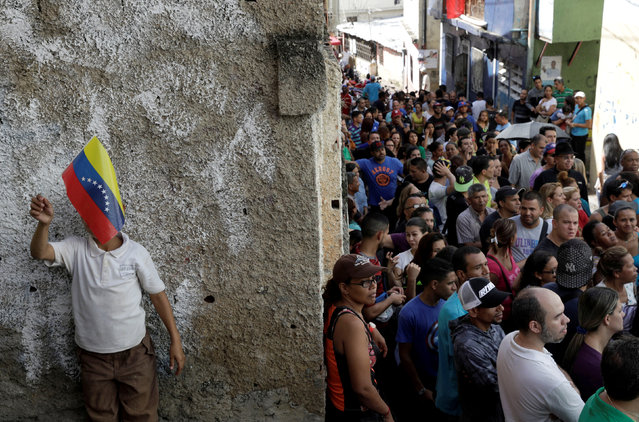 Venezuelan citizens wait in line at a polling station during a nationwide election for new governors in Caracas, Venezuela, October 15, 2017. (Photo by Ricardo Moraes/Reuters) 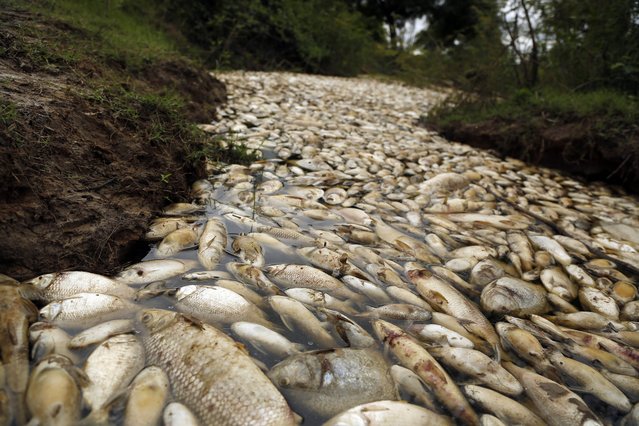 Dead fish float in the Confuso river near Villa Hayes, Paraguay, 30 kilometers north of the capital Asuncion, Saturday, October 14, 2017. Municipal authorities are investigating the cause. (Photo by Jorge Saenz/AP Photo) 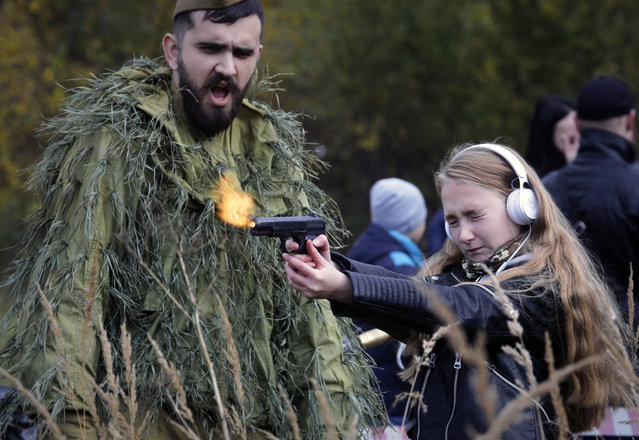 A girl shoots a gun armed with blanks at an weapon exhibition during a military show in St.Petersburg, Russia, Saturday, October 14, 2017. (Photo by Dmitri Lovetsky/AP Photo) 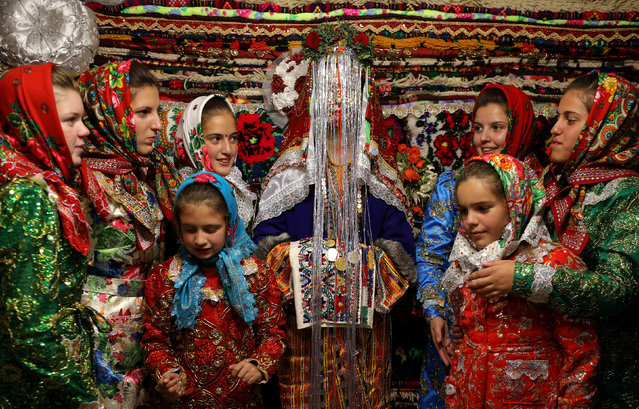 Bulgarian Muslim bride Dhzemile Lilova, 30, poses with friends and relatives in front of the dowry wearing a special make-up called “ghelina” during her wedding ceremony in the village of Draginovo, Bulgaria October 13, 2017. The traditional wedding ritual is held among Pomaks – Slavs who converted to Islam under Ottoman rule. The highlight of the ceremony is the painting of the bride's face, where in a private rite her face is covered in white face cream and decorated with gold flakes and colourful sequins. (Photo by Stoyan Nenov/Reuters) 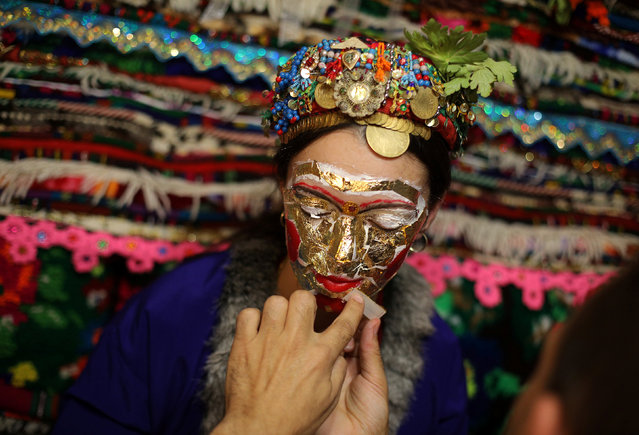 “Ghelina” makeup is applied to the face of Lilova, a Bulgarian Muslim, during her wedding ceremony in the village of Draginovo, Bulgaria on October 13, 2017. (Photo by Stoyan Nenov/Reuters)
Edit Del
16 Oct 2017 09:20:00, post received 0 comments
Publication archive:
←   →
Popular tags:
All tags
Last searches: