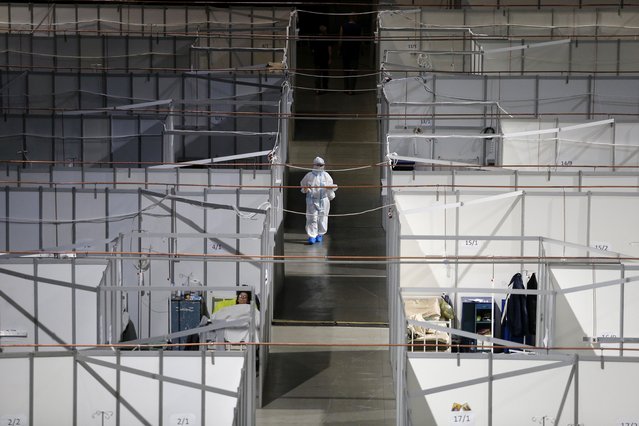 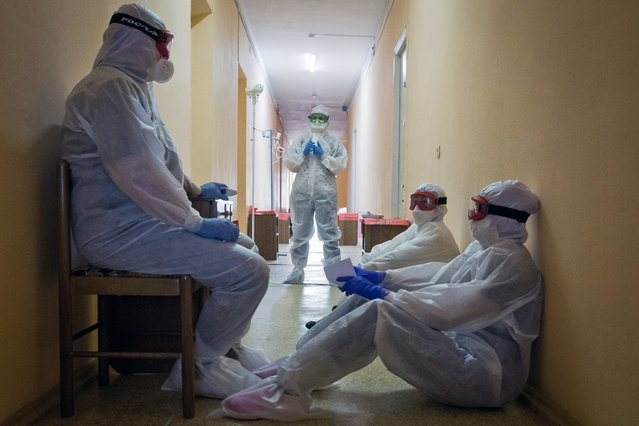 Medical workers wait in a corridor at the Priboi health resort, which has been repurposed as a hospital to admit COVID-19 patients in Yevpatoria, Crimea, Russia on October 29, 2020. (Photo by Sergei Malgavko/TASS) 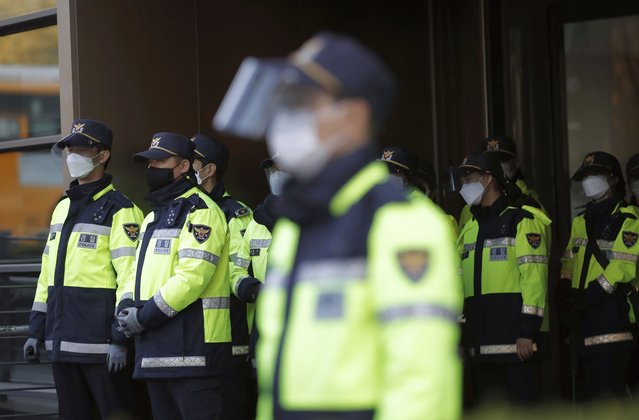 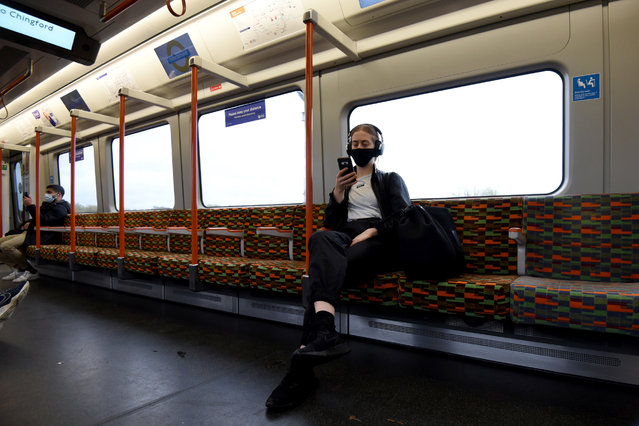 A passenger on the tube in central London on October 29, 2020. The coronavirus pandemic has reached a “critical stage” in England with 96,000 new infections in a single day and infections doubling every nine days, according to the Imperial College London (ICL) on Thursday. Health Secretary Matt Hancock announced that 16 more areas in England will move into Tier 2 restrictions, the second highest level, beginning Saturday. (Photo by Kate Green/Anadolu Agency via Getty Images) 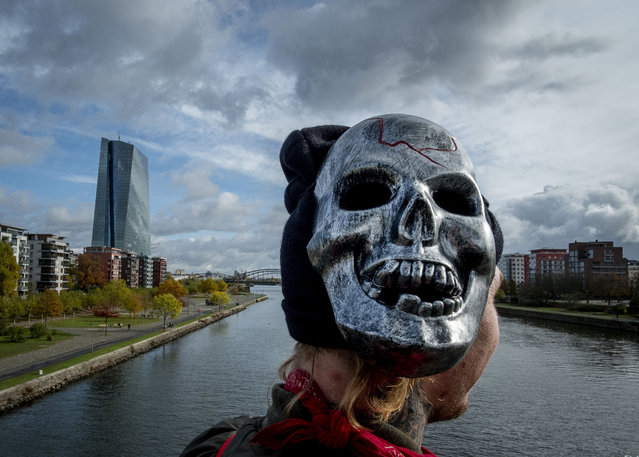 A young man wears a mask on the right side of his head as he stands on a bridge with the European Central Bank at left in Frankfurt, Germany, Thursday, October 29, 2020. (Photo by Michael Probst/AP Photo) 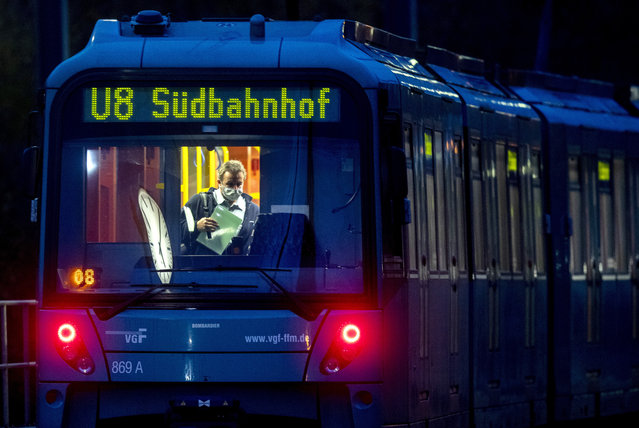 A subway driver wears a face mask as he enters his train in Frankfurt, Germany, early Friday, October 30, 2020. (Photo by Michael Probst/AP Photo) 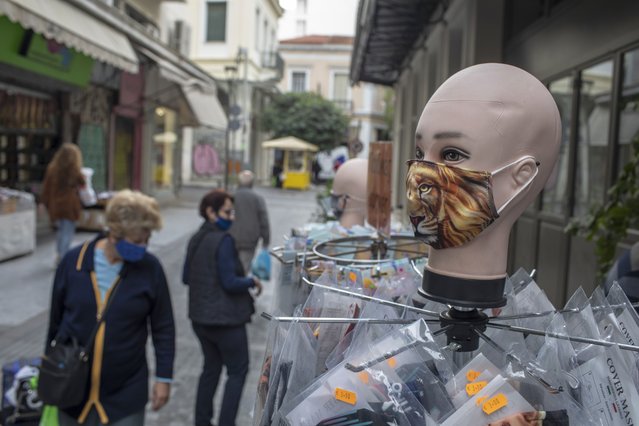 Women walk past a dummy wearing a face mask, in central Athens, Thursday, October 29, 2020. Greece is seeing a record-breaking jump in the number of confirmed COVID-19cases for the second consecutive day, with 1,547 new cases announced Wednesday, Oct 28, and 10 new deaths. (Photo by Petros Giannakouris/AP Photo) 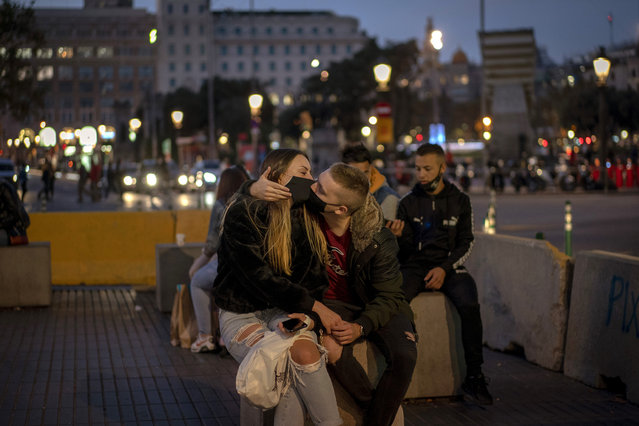 A couple wearing masks kiss in downtown Barcelona, Spain, Thursday, October 29, 2020. Spain's Parliament on Wednesday endorsed an extension of the state of emergency declared by the government until May 9. The measure puts into place a nightly curfew and allows regions to impose more restrictions like the ones the Catalonia announced, limiting movement outside city limits on weekends. (Photo by Emilio Morenatti/AP Photo) 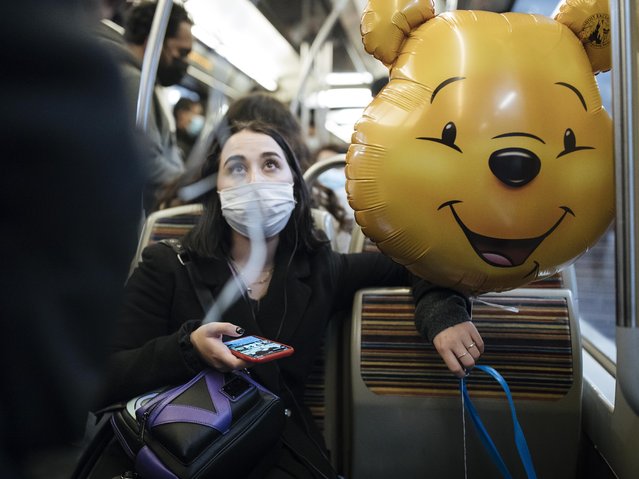 A masked woman holds a Winnie the Pooh inflatable balloon, inside the subway, in Paris, Thursday October 29, 2020. Some doctors expressed relief but business owners despaired as France prepared to shut down again for a month to try to put the brakes on the fast-moving virus. (Photo by Lewis Joly/AP Photo) 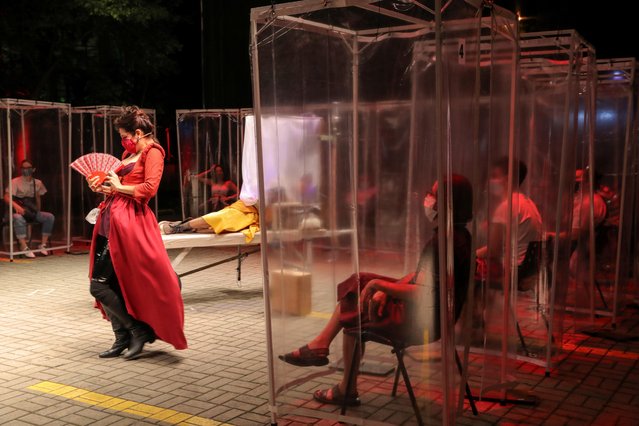 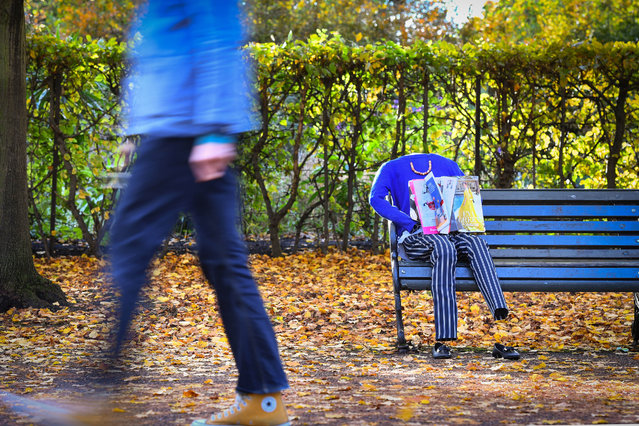 Sculptures of “invisible women” are unveiled in London to announce the launch of Generation Menopause: The Invisibility Report, a white paper evidencing the experiences of menopausal women in the UK today on Thursday, October 29, 2020. (Photo by PA Wire Press Association) 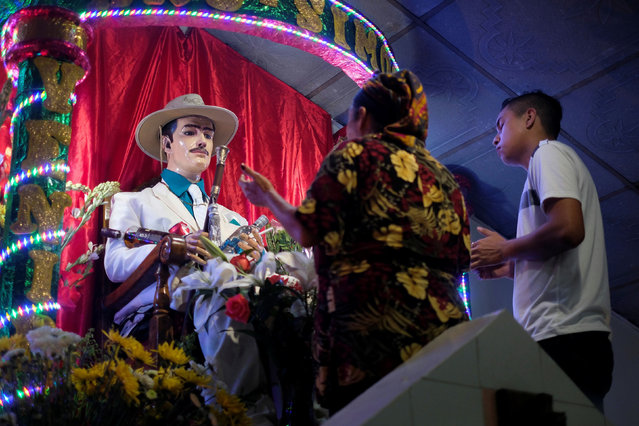 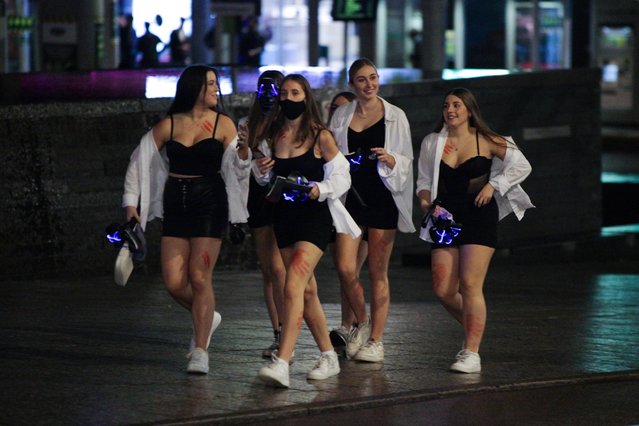 People in Nottingham on October 29, 2020 after pubs and bars close, as the city will move into the Tier 3 alert level from 0001 on Friday. Nottingham's bars were seen packed out as stricter coronavirus restrictions are set to come into force tomorrow. (Photo by Ashley Kirk/The Sun) 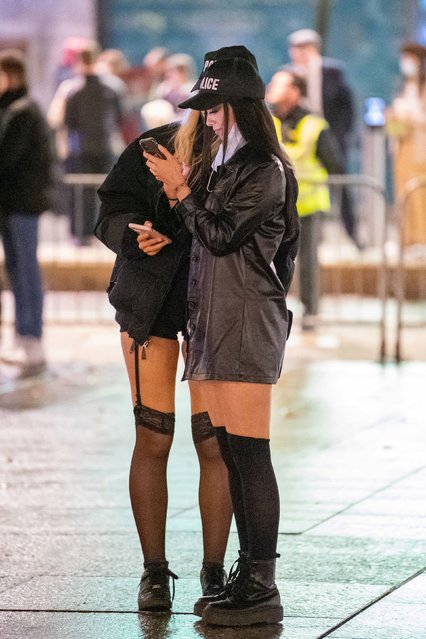 People in fancy dress in Nottingham on October 29, 2020 after pubs and bars close, as the city will move into the Tier 3 alert level from 0001 on Friday. (Photo by Joe Giddens/PA Images via Getty Images) 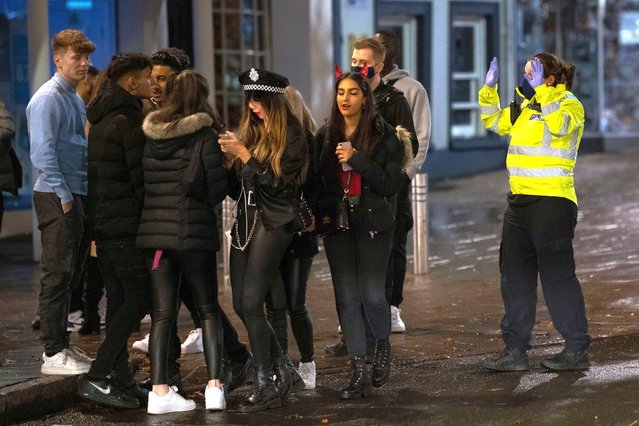 A police officer moves on crowds in Nottingham on October 29, 2020 after pubs and bars close, as the city will move into the Tier 3 alert level from 0001 on Friday. (Photo by Joe Giddens/PA Images via Getty Images)
Edit Del
31 Oct 2020 00:05:00, post received 0 comments
Publication archive:
←   →
Popular tags:
All tags
Last searches: