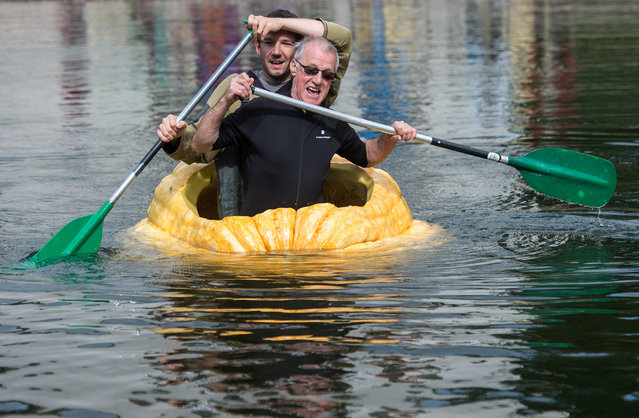 Participants paddle in hollowed out giant pumpkins during the traditional pumpkin paddling in Fambach near Schmalkalden, central Germany, on September 10, 2017. (Photo by Jens-Ulrich Koch/AFP Photo/DPA) 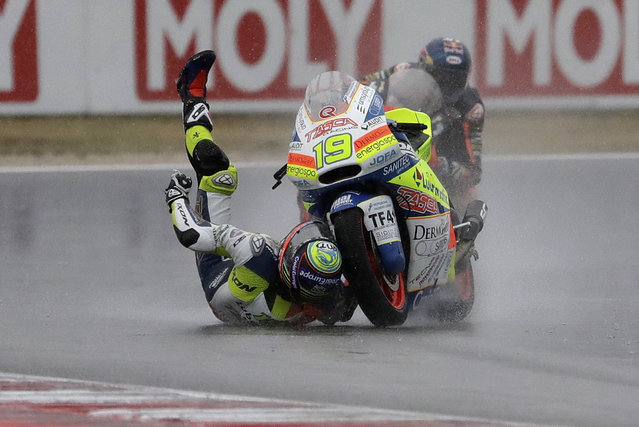 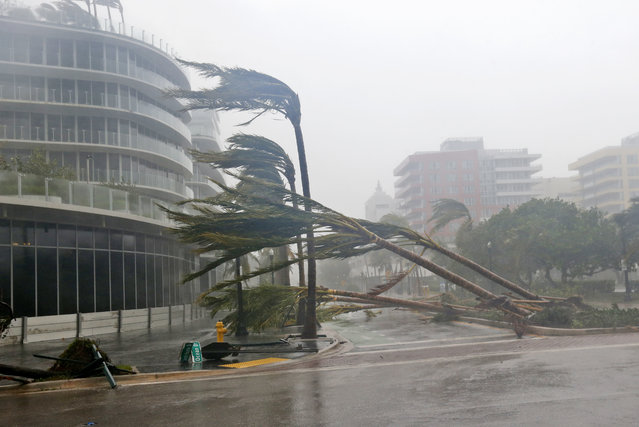 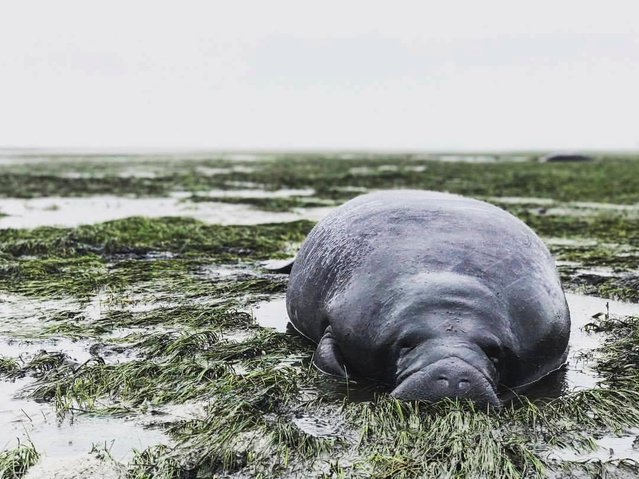 This photo provided by Michael Sechler shows a stranded manatee in Manatee County, Fla., Sunday, September 10, 2017. The mammal was stranded after waters receded from the Florida bay as Hurricane Irma approached. (Photo by Michael Sechler/AP Photo) 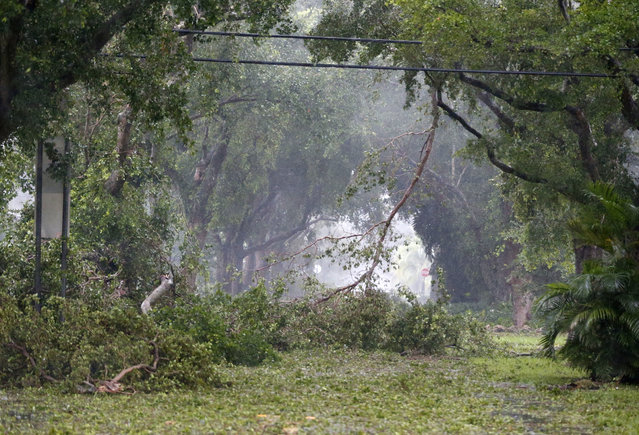 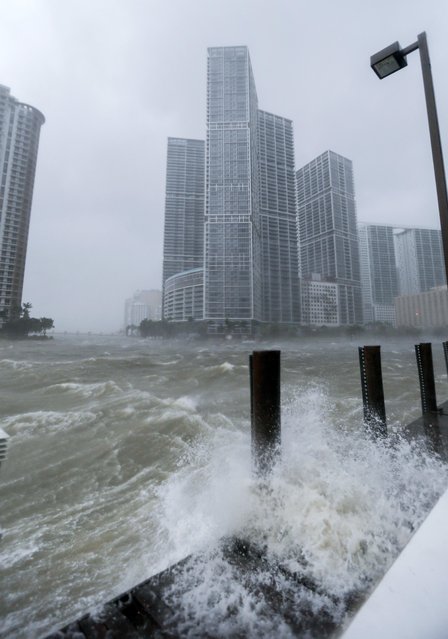 The rough waters where the Miami River meets Biscayne Bay shows the full effects of Hurricane Irma strike in Miami, Florida, USA, 10 September 2017. Many areas are under mandatory evacuation orders as Irma approaches Florida. The National Hurricane Center has rated Irma as a Category 4 storm as the eye crosses the lower Florida Keys. (Photo by Erik S. Lesser/EPA/EFE)

A vehicle passes downed palm trees and two cyclists attempt to ride as Hurricane Irma passed through the area on September 10, 2017 in Miami Beach, Florida. Florida is taking a direct hit by the Hurricane which made landfall in the Florida Keys as a Category 4 storm on Sunday, lashing the state with 130 mph winds as it moves up the coast. (Photo by Joe Raedle/Getty Images) 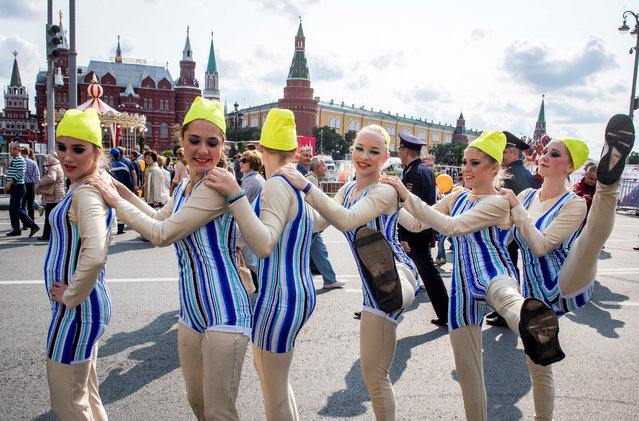 Dancers perform during celebrations of the 870th anniversary of the city in downtown Moscow on September 10, 2017. (Photo by Mladen Antonov/AFP Photo) 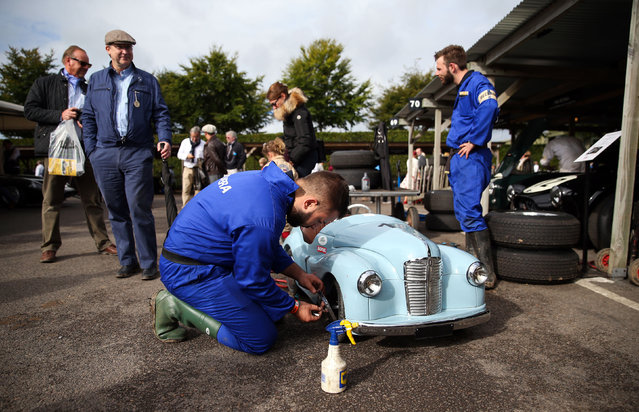 A mechanic works on a pedal car used in the Settrington Cup during the Goodwood Revival festival on September 9, 2017 in Chichester, England. (Photo by Andrew Matthews/PA Wire) 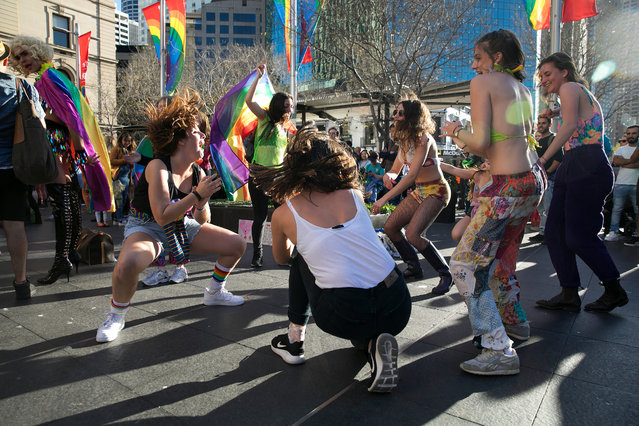 Thousands gather to rally for marriage equality ahead of a national postal survey on September 10, 2017 in Sydney, Australia. The High Court handed down its decision on Thursday to allow the government's proposed postal ballot survey to go ahead. Ballots with the question “Should the law be changed to allow same-sеx couples to marry?” will be sent to households across Australia on September 12. (Photo by Jonny Weeks/The Guardian) 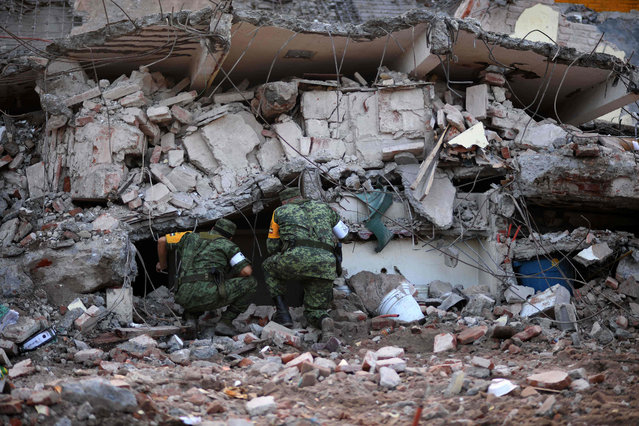 Soldiers with specially trained dogs search for survivors amid the ruins of buildings knocked down Thursday night by a 8.1- magnitude quake, in Juchitan de Zaragoza, Mexico, on September 9, 2017. Police, soldiers and emergency workers raced to rescue survivors from the ruins of Mexico' s most powerful earthquake in a century, which killed at least 61 people, as storm Katia menaced the country' s eastern coast Saturday with heavy rains. (Photo by Pedro Pardo/AFP Photo) 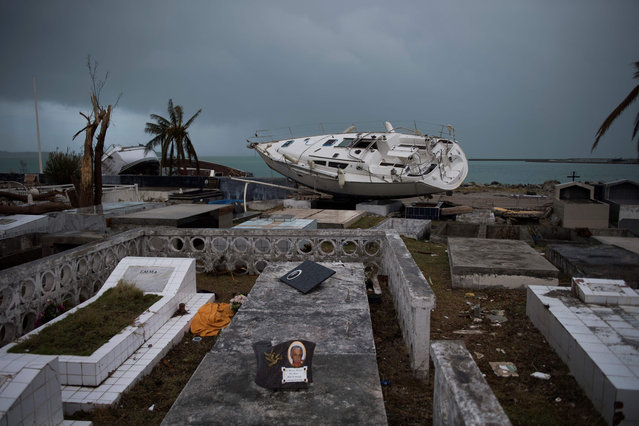 A sailing boat is beached in the cemetery of Marigot, on September 9, 2017 in Saint- Martin island devastated by Irma hurricane. Officials on the island of Guadeloupe, where French aid efforts are being coordinated, suspended boat crossings to the hardest- hit territories of St. Martin and St. Barts where 11 people have died. Two days after Hurricane Irma swept over the eastern Caribbean, killing at least 17 people and devastating thousands of homes, some islands braced for a second battering from Hurricane Jose this weekend. (Photo by Martin Bureau/AFP Photo) 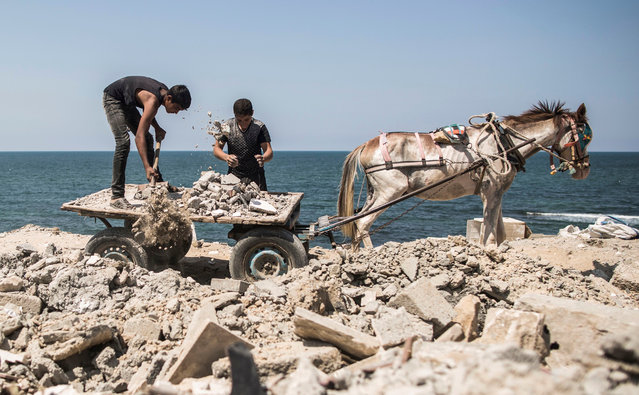 Palestinian boys collect debris and rubble on their horse- drawn cart to sell for recycling, in the Shati refugee camp in Gaza City on September 10, 2017. (Photo by Mahmud Hams/AFP Photo) 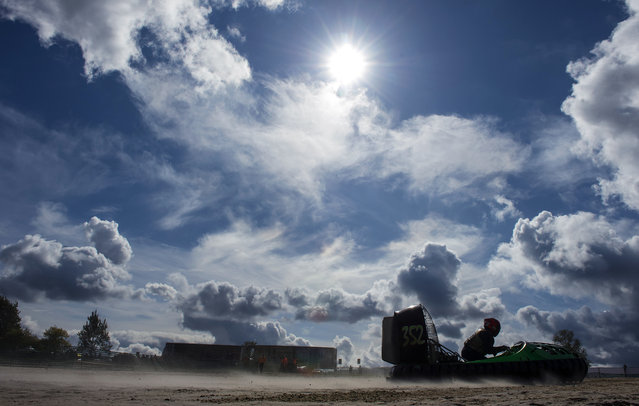 Michael Metzner of Germany speeds up during the Hovercraft European Formula 1 warm up race in Saalburg, central Germany, Sunday, September 10, 2017. In the Champions League Formula 1 get their race cars at speeds of 185 kilometers per hour. (Photo by Jens Meyer/AP Photo) 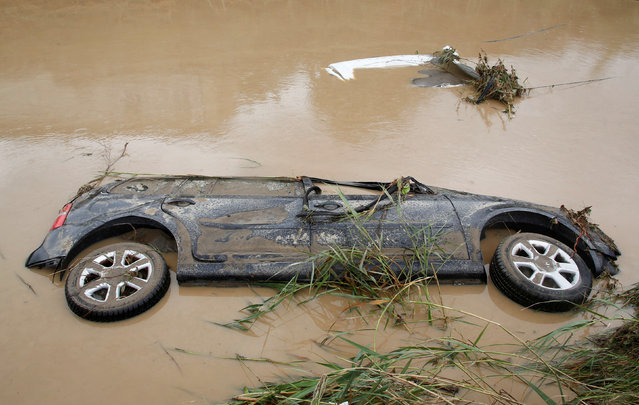 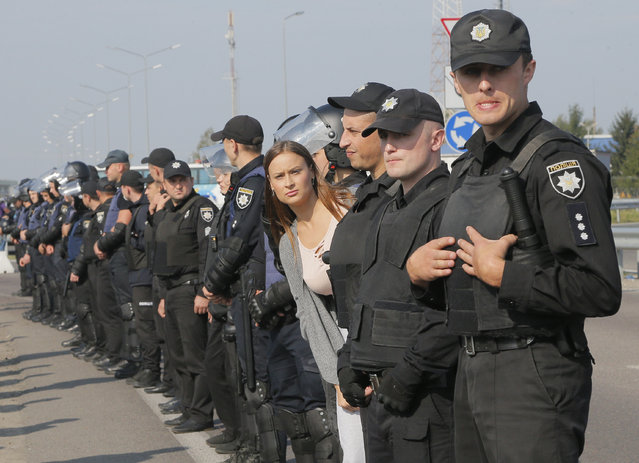 Ukrainian police line up at the Krakovets check point on the Ukraine-Poland border, in Ukraine, Sunday, September 10, 2017. Former Georgian President and former Ukraine official, Mikheil Shaakashvili is attempting to return to Ukraine although both his Ukrainian and Georgia passports are no longer valid. (Photo by Efrem Lukatsky/AP Photo) 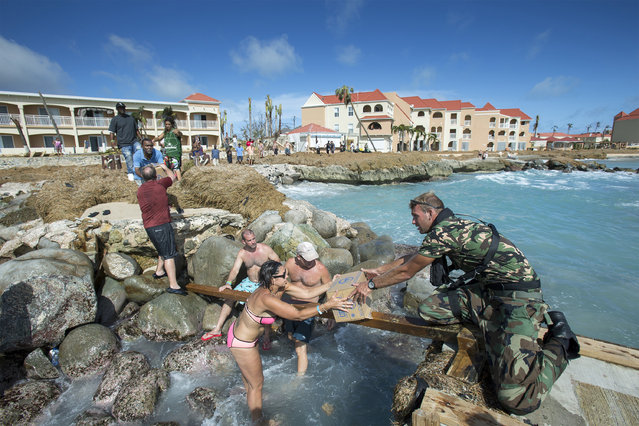 This photo provided by the Dutch Defense Ministry shows a human chain of residents passing supplies provided by a dutch soldier, after the passing of Hurricane Irma, in Dutch Caribbean St. Maarten, on September 8, 2017. Irma cut a path of devastation across the northern Caribbean, leaving thousands homeless after destroying buildings and uprooting trees. Significant damage was reported on the island that is split between French and Dutch control. (Photo by Gerben Van Es/Dutch Defense Ministry via AP Photo) 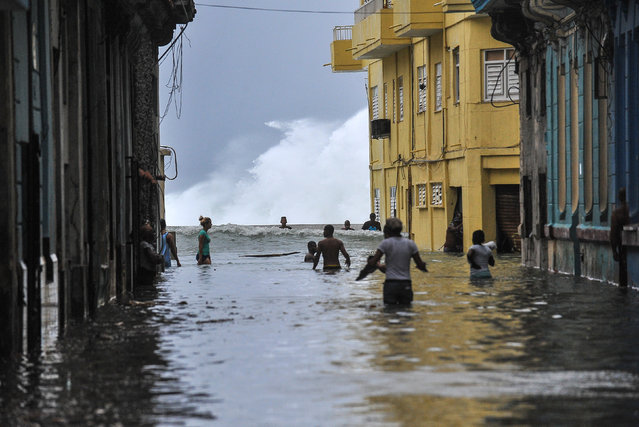 Cubans wade through a flooded street near the Malecon in Havana, on September 10, 2017. Deadly Hurricane Irma battered central Cuba on Saturday, knocking down power lines, uprooting trees and ripping the roofs off homes as it headed towards Florida. Authorities said they had evacuated more than a million people as a precaution, including about 4,000 in the capital. (Photo by Yamil Lage/AFP Photo)
Edit Del
11 Sep 2017 07:57:00, post received 0 comments
Publication archive:
←   →
Popular tags:
All tags
Last searches: