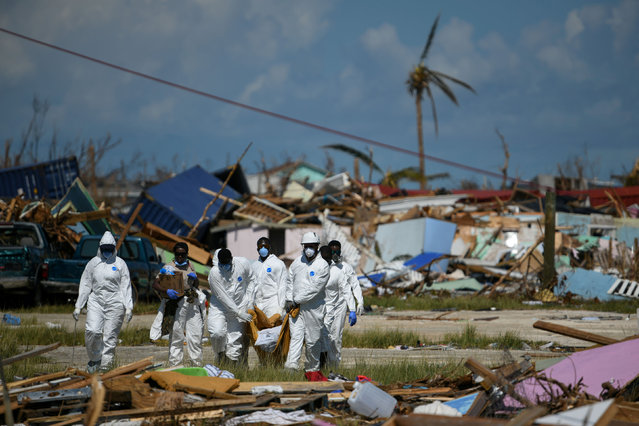 Personnel from the Royal Bahamas Police Force remove a body recovered in a destroyed neighbourhood in the wake of Hurricane Dorian in Marsh Harbour, Great Abaco, Bahamas, September 9, 2019. (Photo by Loren Elliott/Reuters) 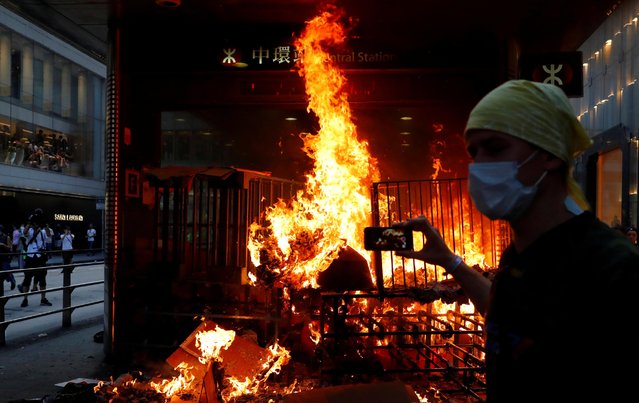 A protester films a fire at the entrance of MTR Central Station in Hong Kong, China on September 8, 2019. (Photo by Anushree Fadnavis/Reuters) 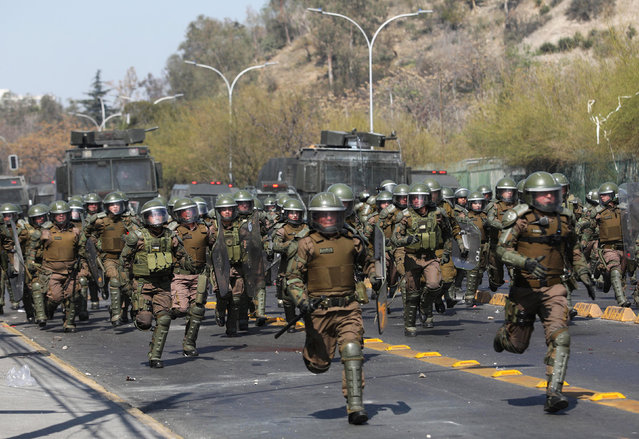 Riot police run towards demonstrators during a march marking the 46th anniversary of the 1973 Chile military coup, in Santiago, Chile, September 8, 2019. (Photo by Carlos Vera/Reuters) Demonstrators clash with riot police during a rally called by Chilean Human Rights organization “Detained and Disappeared People” to commemorate the 46th anniversary of the military coup led by General Augusto Pinochet that deposed President Salvador Allende, in Santiago, on September 8, 2019. Next September 11 marks the 46th anniversary of the coup. (Photo by Martin Bernetti/AFP Photo) 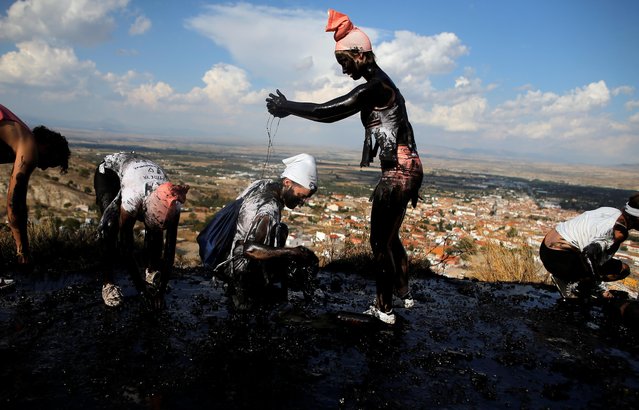 Revellers put grease on their bodies as they take part in the annual Cascamorras festival in Baza, southern Spain on September 6, 2019. (Photo by Jon Nazca/Reuters) 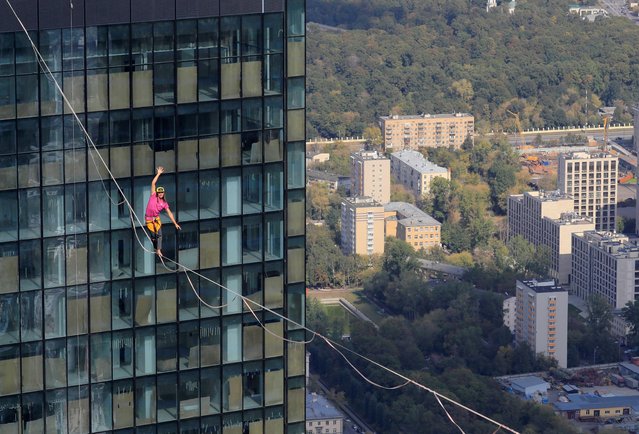 A tightrope walker performs on a rope between skyscrapers of the Moscow International Business Centre, also known as “Moskva-City”, in Moscow, Russia September 7, 2019. (Photo by Tatyana Makeyeva/Reuters) 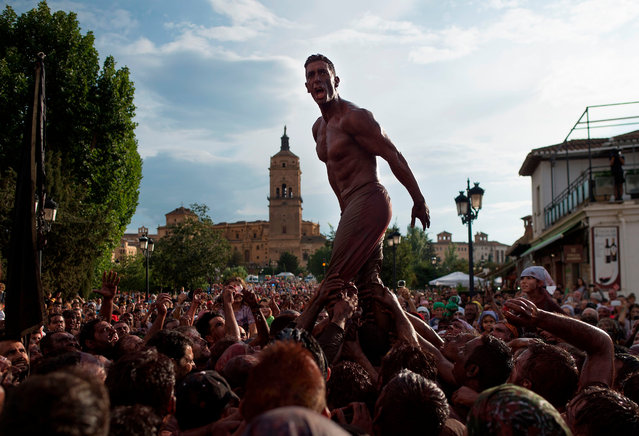 A man covered in black grease shouts above the crowd during the traditional festivities of the Cascamorras, in Guadix, near Granada, on September 9, 2019. Every September 6, a villager from Guadix, performing the “Cascamorras” oddball character, walks three kilometres to the village of Baza to stage an attempt to recapture a statue of the Pieta virgin before returning to Guadix, after three days, where he will be punished by locals for his failure. (Photo by Jorge Guerrero/AFP Photo) 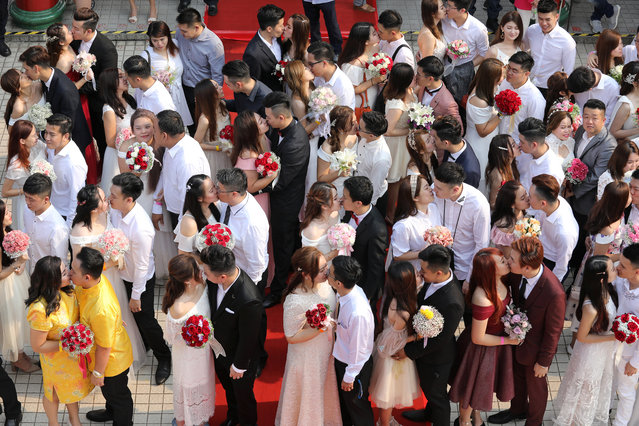 Newlywed couples kiss during a mass wedding in Kuala Lumpur, Malaysia, September 9, 2019. A mass wedding ceremony was held for 99 couples on the ninth day of the ninth month, considered an auspicious date, at a Chinese temple in the city. (Photo by Lim Huey Teng/Reuters) 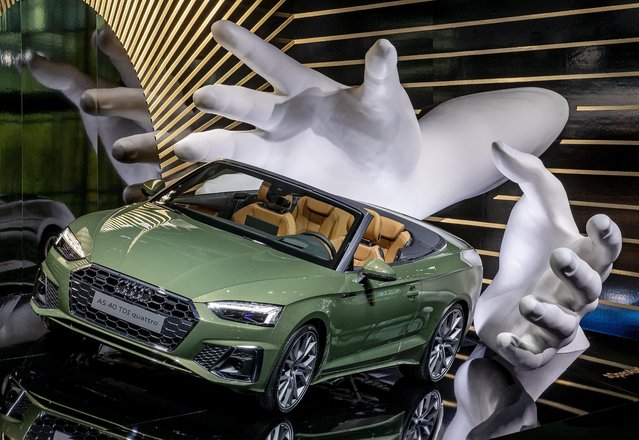 An Audi A5 4.0 TDI Quattro is displayed at the IAA Auto Show in Frankfurt, Germany, Monday, September 9, 2019. The IAA starts with two media days on Tuesday and Wednesday. (Photo by Michael Probst/AP Photo) 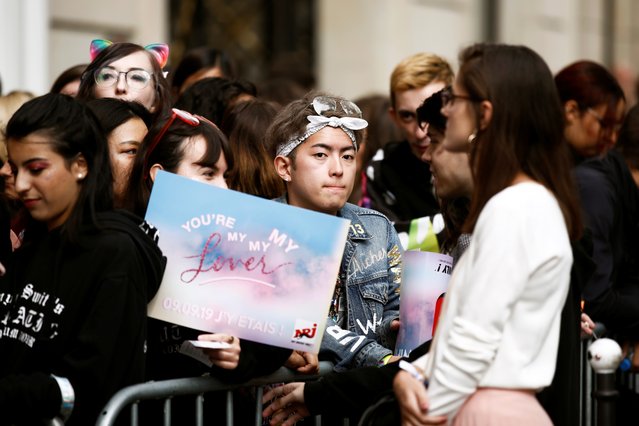 Fans of Taylor Swift wait in line to enter the Olympia Theatre prior to her concert performance in Paris, France, September 9, 2019. (Photo by Benoit Tessier/Reuters) 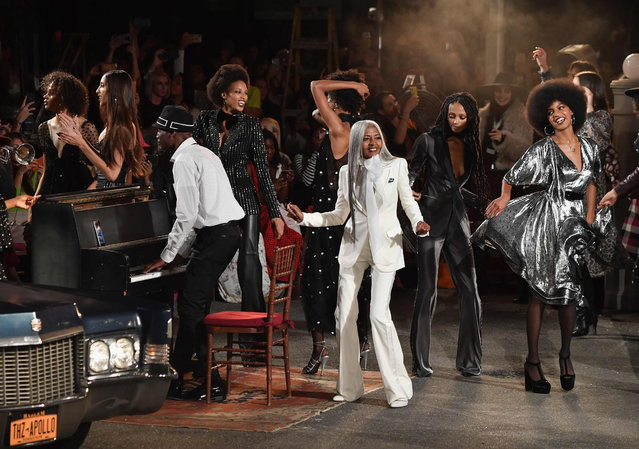 Models walk and dance on the runway for the Tommy Hilfiger TommyNow fall runway show at the Apollo Theater on September 8, 2019 in New York City. (Photo by Angela Weiss/AFP Photo) 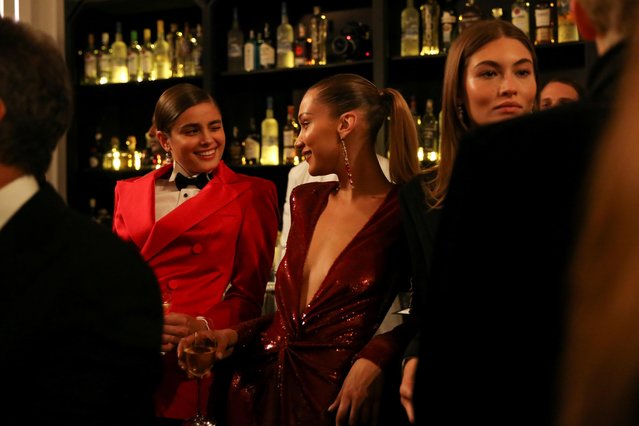