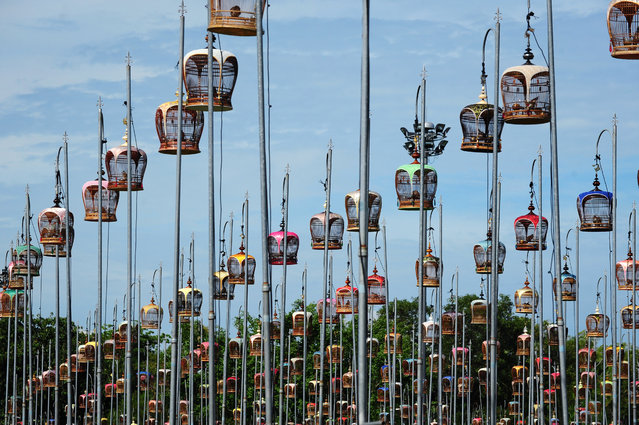 Doves sit in cages hoisted on poles during a bird-singing contest in Thailand's southern province of Narathiwat on September 18, 2017. Over 1,400 birds from Thailand, Malaysia and Singapore took part in the annual contest. (Photo by Madaree Tohlala/AFP Photo) 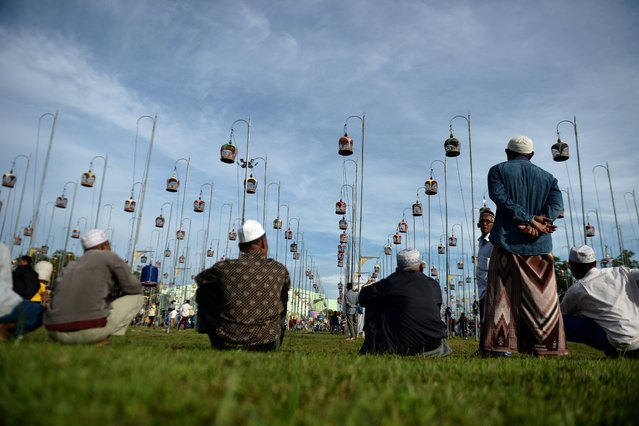 A group of men observe doves in cages during a bird-singing contest in Thailand's southern province of Narathiwat on September 18, 2017. (Photo by Madaree Tohlala/AFP Photo) 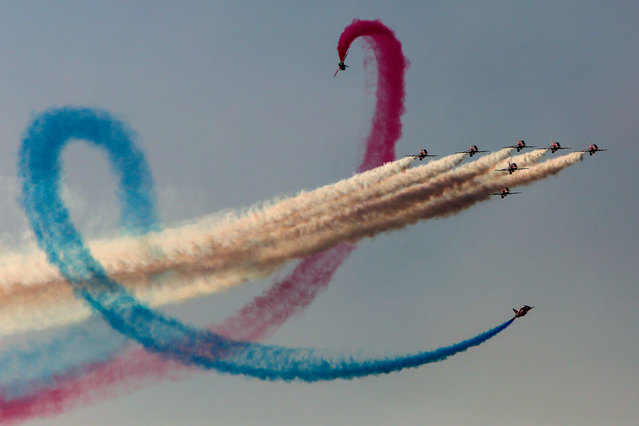 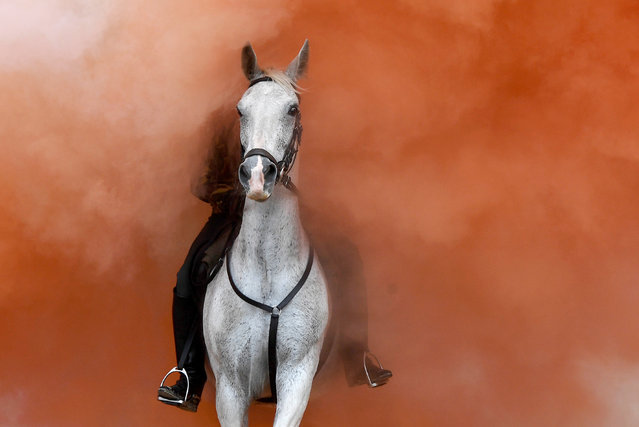 Members of the cavalry rehearse at the beach of Scheveningen on the eve of a parade in The Hague, before the king delivers his speech from the throne to outline the main features of the government's policy for the coming parliamentary session, in Scheveningen, Netherlands September 18, 2017. (Photo by Toussaint Kluiters/Reuters) 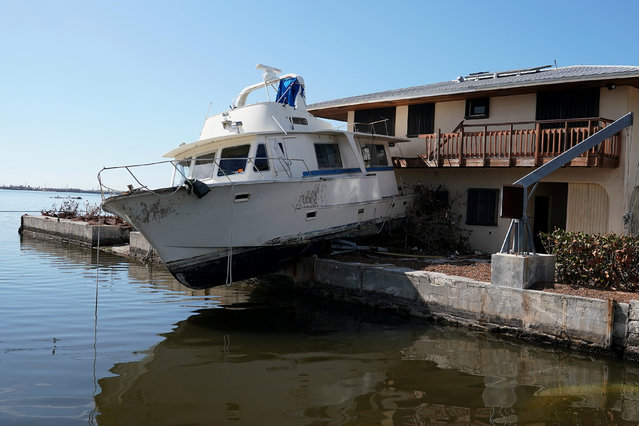 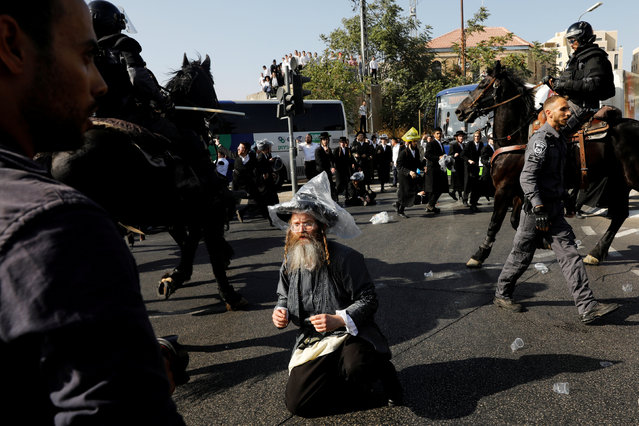 Israeli ultra-Orthodox Jewish men clash with police at a protest against the detention of a member of their community who refuses to serve in the Israeli army, in Jerusalem September 17, 2017. (Photo by Ronen Zvulun/Reuters) 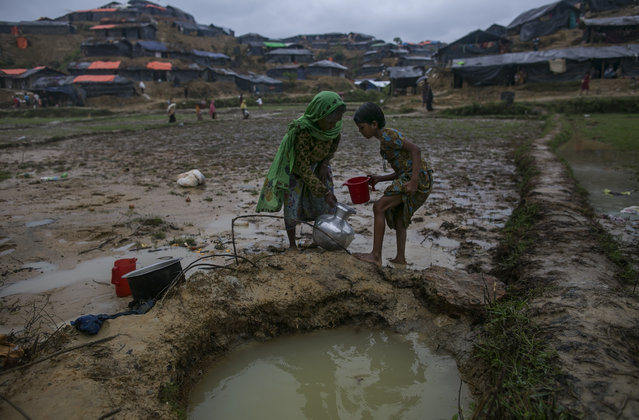 Women gather water from a hole that the surrounding households use for washing, drinking, cooking and bathing in the Balukhali camp on September 18, 2017 in Cox's Bazar, Bangladesh. Nearly 400,000 Rohingya refugees have fled into Bangladesh since late August during the outbreak of violence in the Rakhine state as recent satellite images released by Amnesty International provided evidence that security forces were trying to push the minority Muslim group out of the country. Myanmar's de facto leader Aung San Suu Kyi cancelled her trip to the United Nations General Assembly in New York, which begins next week, while criticism on her handling of the Rohingya crisis grows and her government has been accused of ethnic cleansing. According to reports, the Rohingya crisis has left at least 1,000 people dead, including children and infants, with dozens of the Rohingya Muslims who drowned when their boat capsized while trying to escape on overloaded fishing boats ill-equipped for rough waters. (Photo by Allison Joyce/Getty Images) 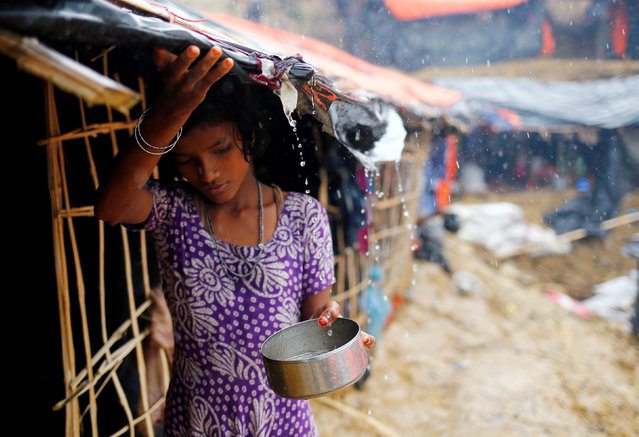 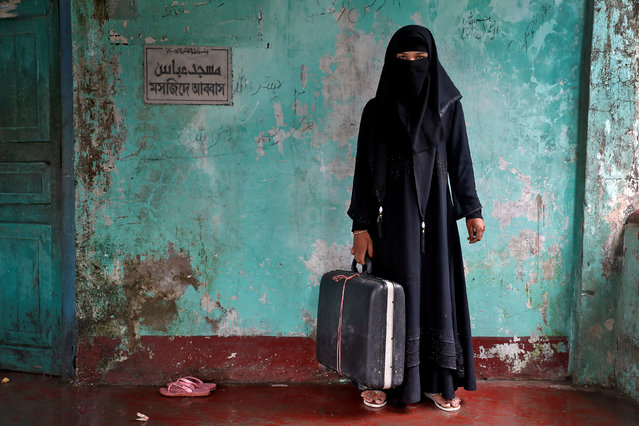 A Rohingya refugee arrives at a camp in Cox's Bazar, Bangladeshon September 18, 2017. (Photo by Cathal McNaughton/Reuters) 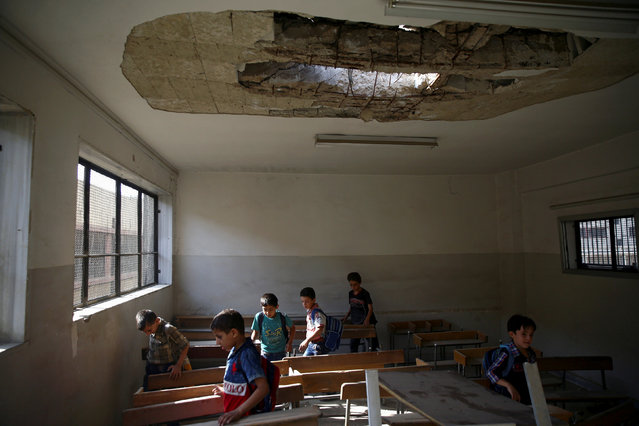 Students walk in a damaged classroom on the first day of school in the rebel-held Douma neighbourhood of Damascus, Syriaon September 16, 2017. (Photo by Bassam Khabieh/Reuters) 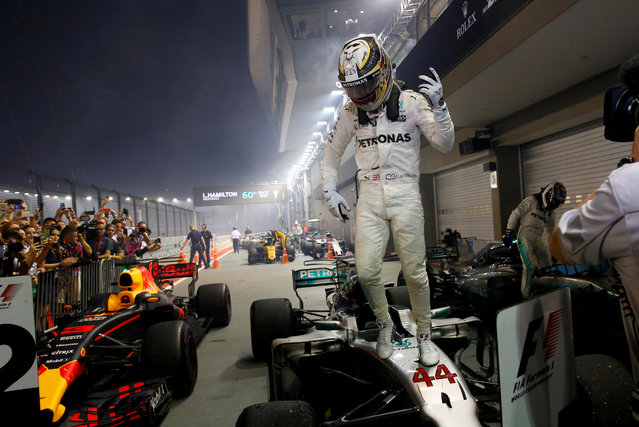 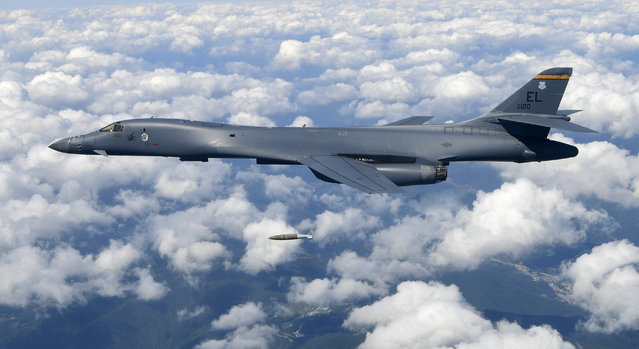 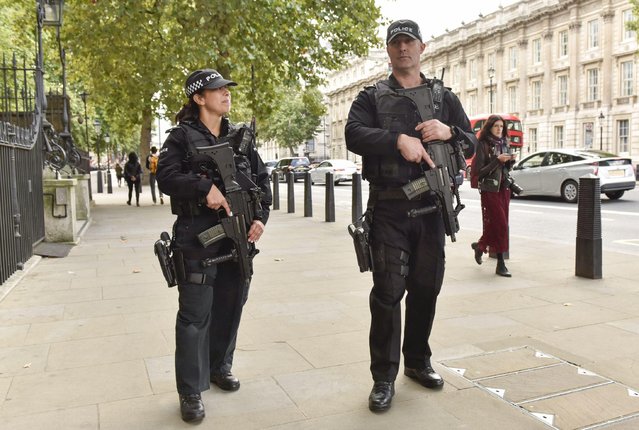 Armed police officers walk on a street after terror attack in London, England on September 17, 2017. British Home Secretary Amber Rudd said on Sunday that the United Kingdom's terrorism threat level has been lowered from “critical” to “severe” after being raised to the highest possible in the wake of the Friday explosion at a subway station in west London. (Photo by Xinhua News Agency/Rex Features/Shutterstock) 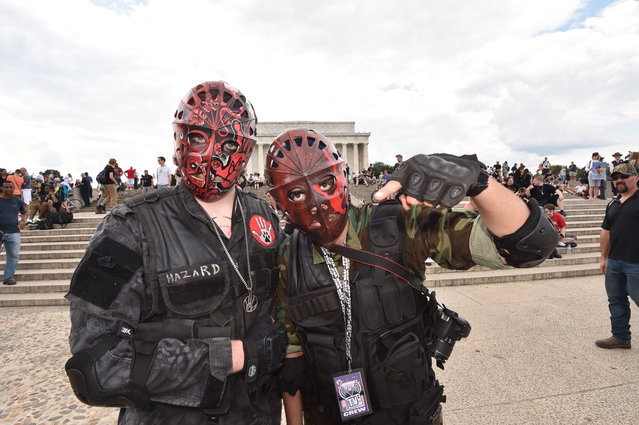 Masked supporters of the US rap group Insane Clown Posse, known as Juggalos, gather on September 16, 2017 near the Lincoln Memorial in Washington, D.C. to protest at a 2011 FBI decision to classify their movement as a gang. (Photo by Paul J. Richards/AFP Photo) 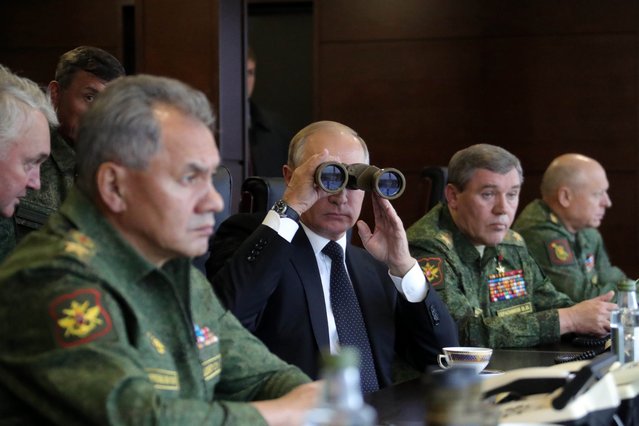 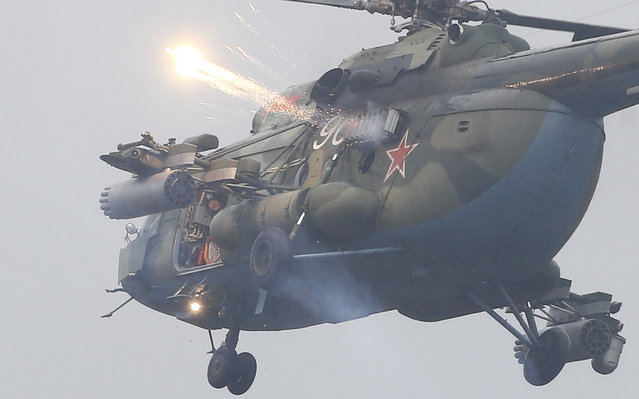 Crew members operate a Belarussian Mi-8 helicopter during the Zapad-2017 war games, held by Russian and Belarussian servicemen, outside the town of Ruzhany in Belaruson September 17, 2017. (Photo by Vasily Fedosenko/Reuters) 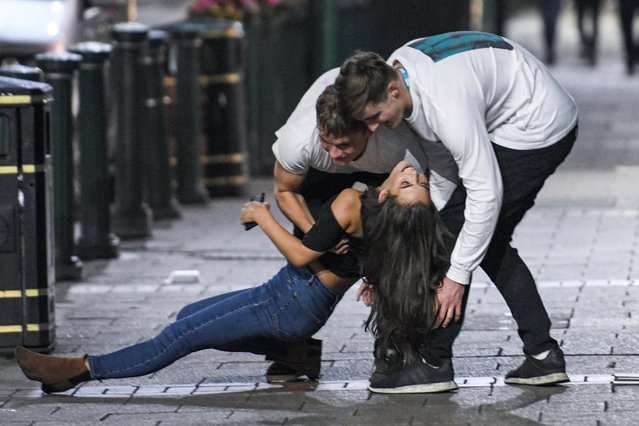 Drunk fresher is helped by students as she falls to the ground on night out at during the alcohol-fuelled Freshers’ Week in Birmingham, United Kingdom on September 18, 2017. Freshers are inducted during Freshers' Week – the first week of the Academic year – one of the busiest and most fun weeks of the year. (Photo by Caters News Agency)
Edit Del
19 Sep 2017 07:56:00, post received 0 comments
Publication archive:
←   →
Popular tags:
All tags
Last searches: