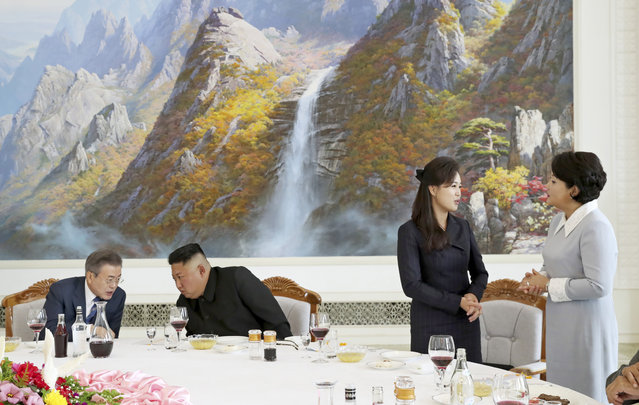 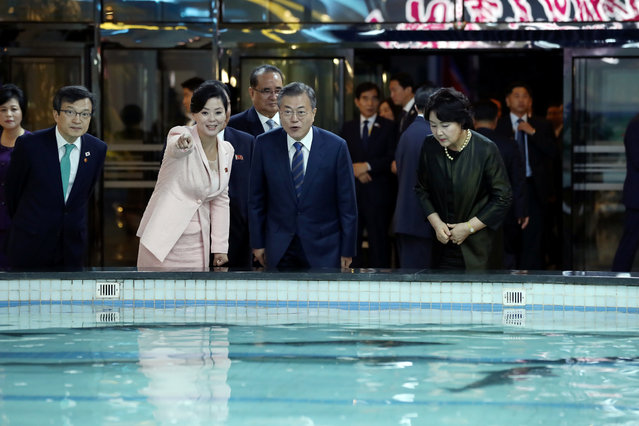 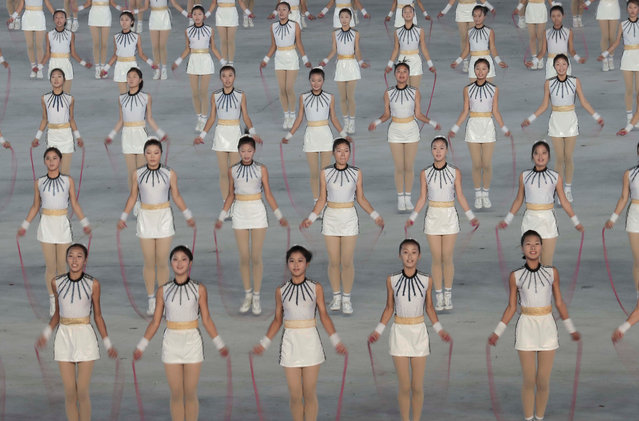 The performance titled “The Glorious Country” is pictured at the May Day Stadium in Pyongyang, North Korea, September 19, 2018. (Photo by Pyeongyang Press Corps/Pool via Reuters) 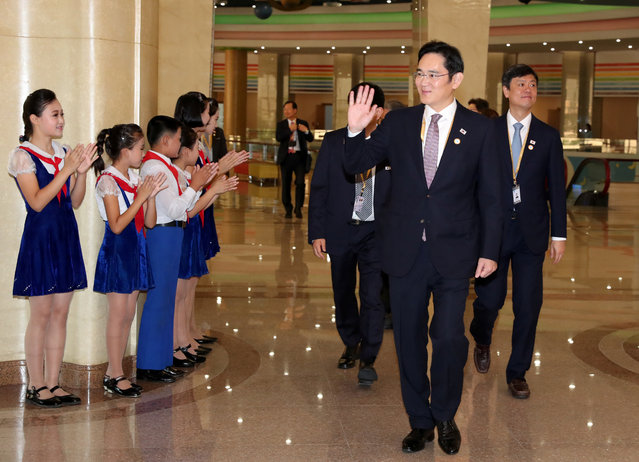 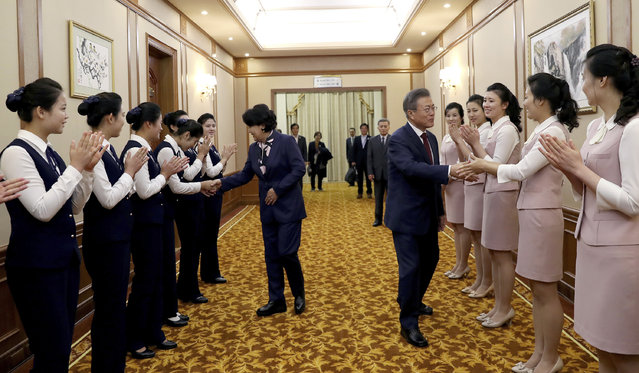 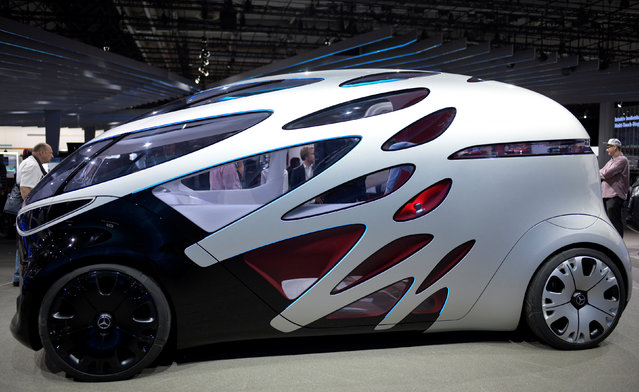 The Vision “Urbanetic”, an autonomous driving platform powered by electricity, which can transport passengers or gods, is seen at the booth of German truck maker Mercedes-Benz at the IAA truck trade fair in Hanover, Germany September 19, 2018. (Photo by Fabian Bimmer/Reuters) 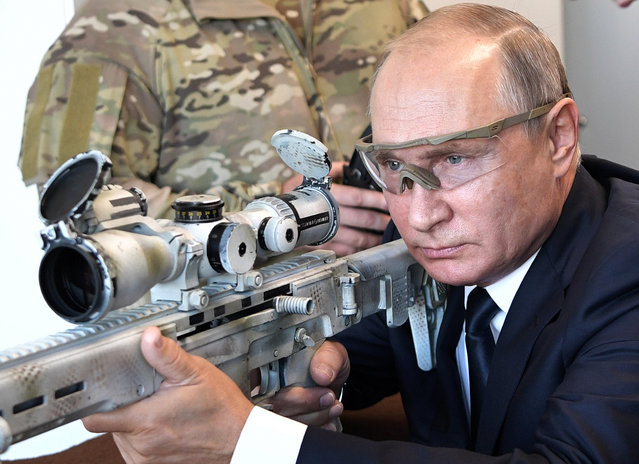 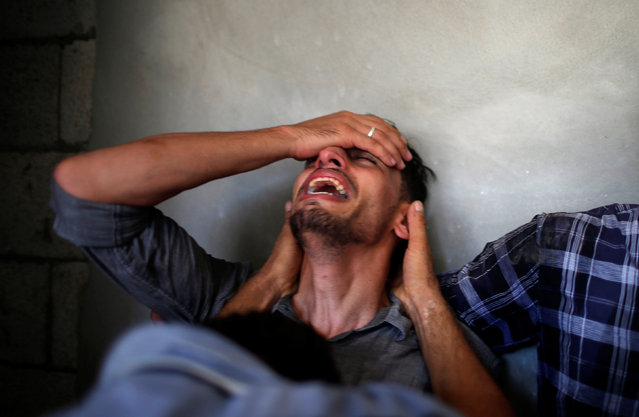 A relative of Palestinian Ahmed Omar, who was killed during a protest near the Israeli Erez crossing with Gaza, mourns during his funeral in Al-Shati refugee camp in Gaza City, September 19, 2018. (Photo by Mohammed Salem/Reuters) 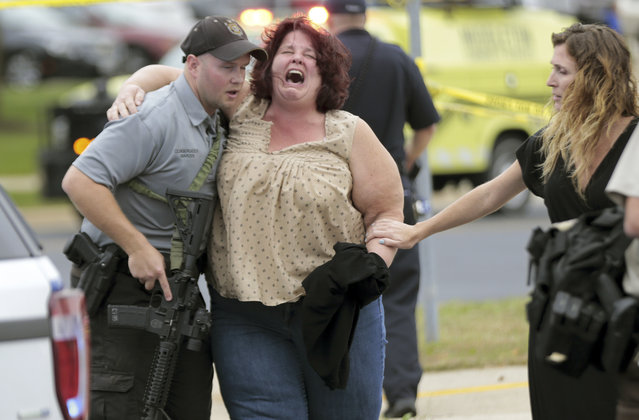 A woman is escorted from the scene of a shooting at a software company in Middleton, Wis., Wednesday, September 19, 2018. Four people were shot and wounded during the shooting in the suburb of Madison, according to a city administrator. (Photo by Steve Apps/Wisconsin State Journal via AP Photo) 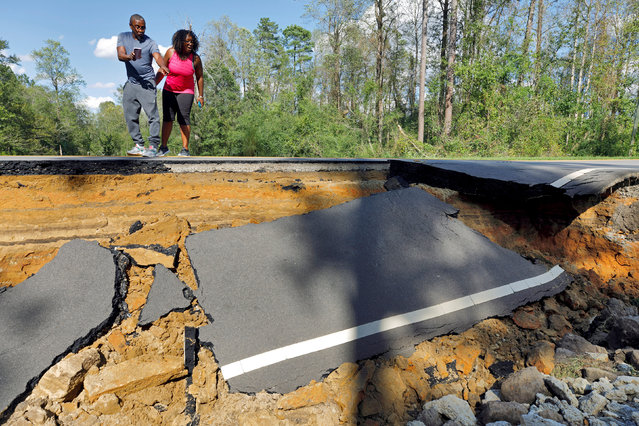 Passersby look at a section of washed-out road damaged by flood waters in the aftermath of Hurricane Florence, now downgraded to a tropical depression, in Currie, North Carolina, U.S., September 18, 2018. (Photo by Jonathan Drake/Reuters) 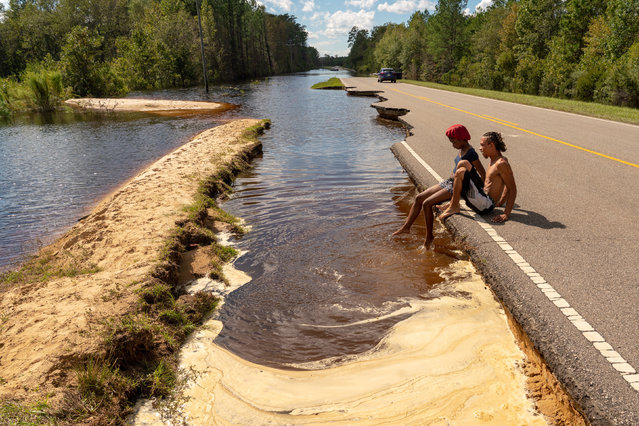 Two young friends cool off in the flood waters by Highway 210 in Currie, North Carolina, US on September 18, 2018 where a section of the road was washed away following Hurricane Florence. (Photo by Ken Cedeno/UPI/Barcroft Images) 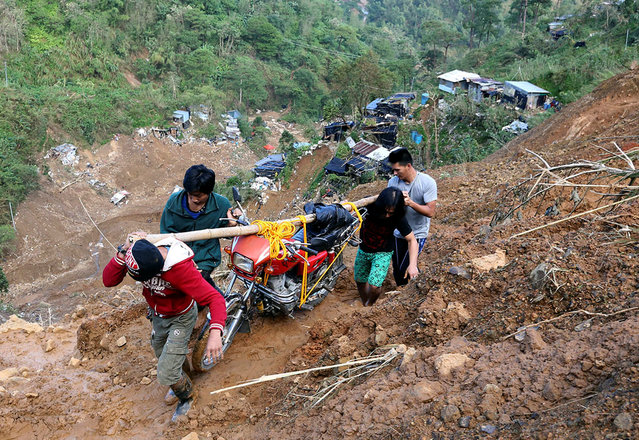 Residents carry a motorcycle as they hike on a road eroded by a landslide caused by Typhoon Mangkhut at a small-scale mining camp in Itogon, Benguet, in the Philippines, September 19, 2018. (Photo by Harlington Palangchao/Reuters) 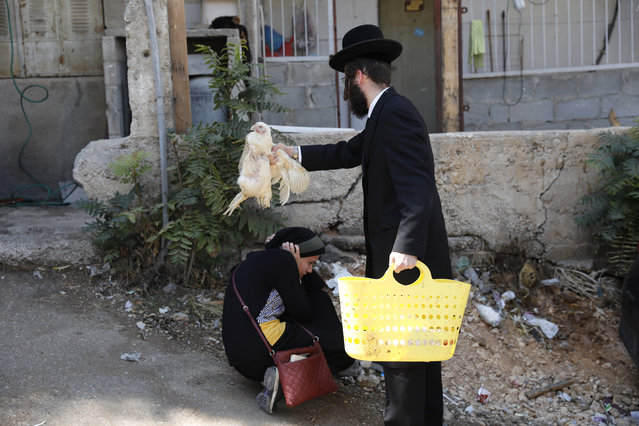 An ultra-Orthodox Jew performs a Jewish ritual called “Kaparot”, performed before Yom Kippur, the Day of Atonement and the holiest of Jewish holidays, in the Mea Shearim neighborhood in Jerusalem, Israel, 16 September 2018. The Kaparot is a blessing and prayer recited as a live fowl, or chicken is passed over a person's head, symbolically transferring that person's sins accumulated over the past year into the bird, which is butchered and eaten or donated to charity. Yom Kippur begins at sundown on 18 September, when the entire country comes to a standstill as people fast and spend much of the day in prayer. (Photo by Abir Sultan/EPA/EFE) 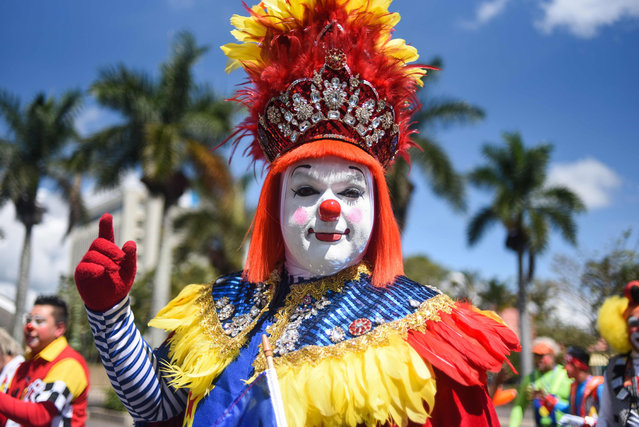 A clown poses during a parade at the historical centre of Guatemala City during the 5th Clowns Regional Convention in Guatemala city, on September 19, 2018. (Photo by Johan Ordonez/AFP Photo) 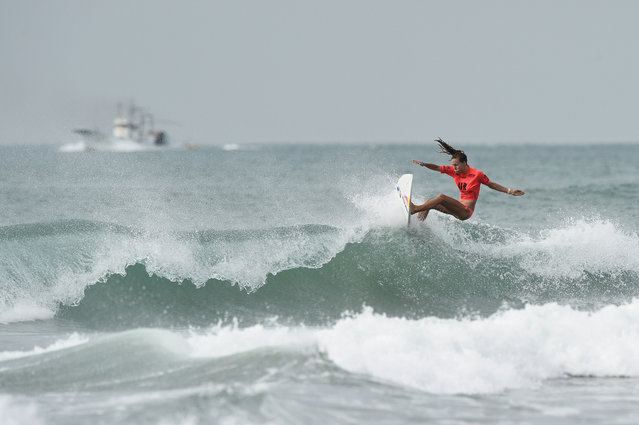 Justine Dupont of France competes during round 5 of the ISA World Surfing Games at the Pacific Long Beach on September 19, 2018 in Tahara, Aichi, Japan. (Photo by Matt Roberts/Getty Images) 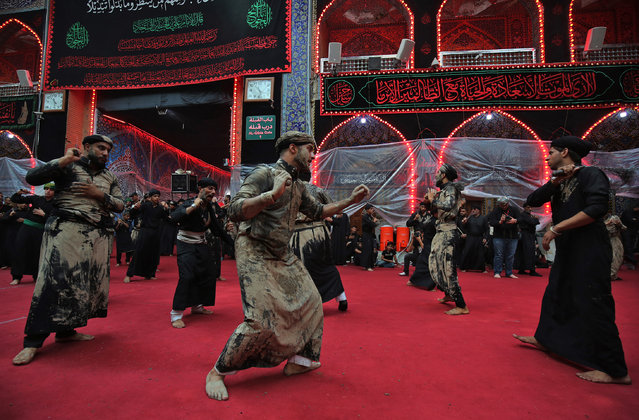 Shiite pilgrims take part in a ceremony during the ten-day mourning period leading up to Ashura, on September 19, 2018 in Iraq's holy city of Karbala. Ashura commemorates the death of Imam Hussein, grandson of the Muslim faith's prophet Mohammed, who was killed by the armies of his rival Yazid over the succession for the caliphate near Karbala in 680 AD. (Photo by Ahmad Al-Rubaye/AFP Photo) 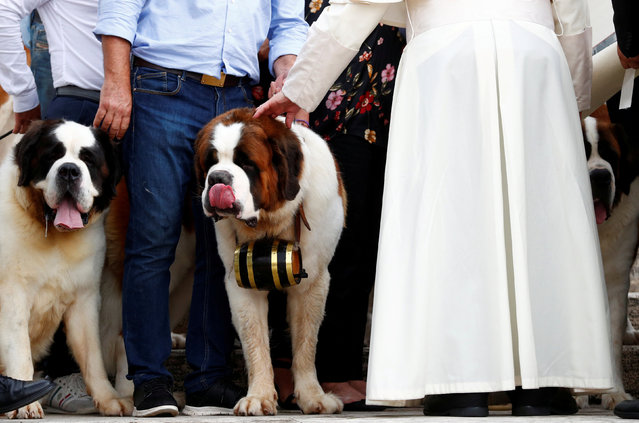 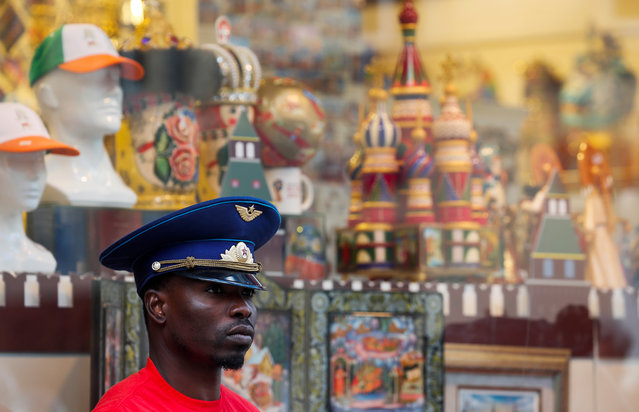