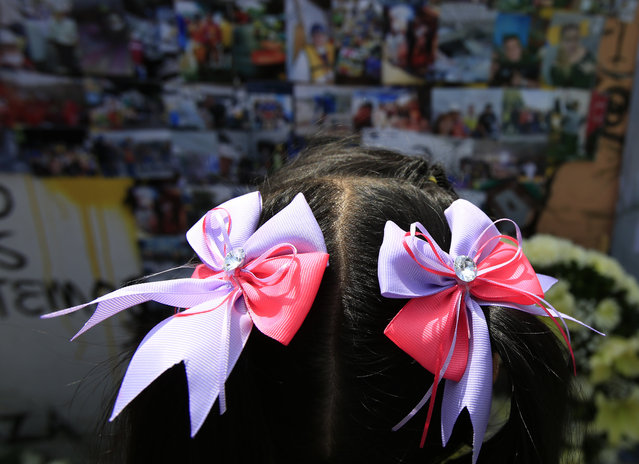 A girl looks at pictures of victims and the rescue efforts affixed to the wall surrounding the site at Alvaro Obregon 286, where 49 died when their office building collapsed in last year's 7.1 magnitude earthquake, in Mexico City, Wednesday, September 19, 2018. Across the city, memorials were held at sites where hundreds perished in the September 19, 2017 quake. (Photo by Rebecca BlackwellAP Photo) 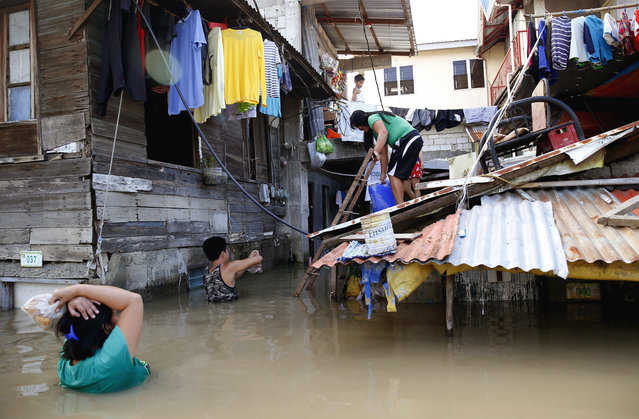 In this Monday, September 17, 2018, file photo, a couple wade through floodwaters to buy drinking water following flooding brought about by Typhoon Mangkhut which barreled into northeastern Philippines during the weekend and inundated low-lying areas in its 900-kilometer wide cloud band in Calumpit township, Bulacan province north of Manila, Philippines. A Philippine mayor says it's highly unlikely any of the 40 to 50 people who are feared buried in a mudslide set off by Typhoon Mangkhut can be found alive. (Photo by Bullit Marquez/AP Photo) 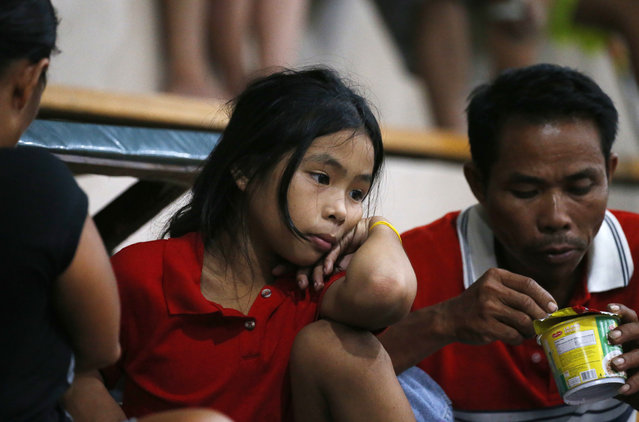 Evacuees seek temporary shelter at an evacuation center after fleeing their homes following a landslide that buried dozens of homes in Naga city, Cebu province central Philippines on Thursday September 20, 2018. A landslide set off by heavy rains buried homes under part of a mountainside in the central Philippines on Thursday, and several people are feared buried, including two who sent text messages seeking help. (Photo by Bullit Marquez/AP Photo) 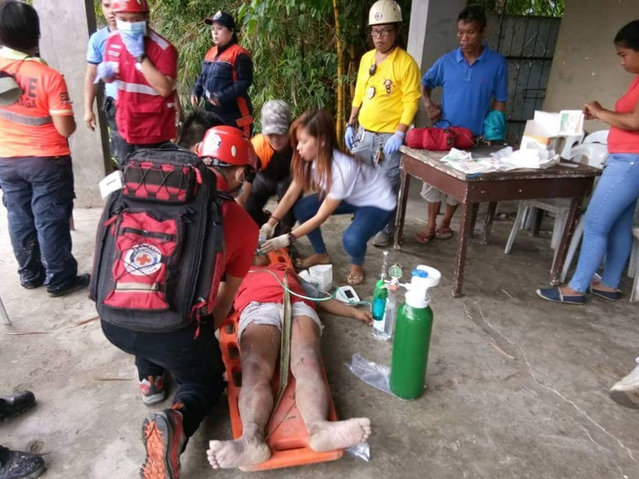 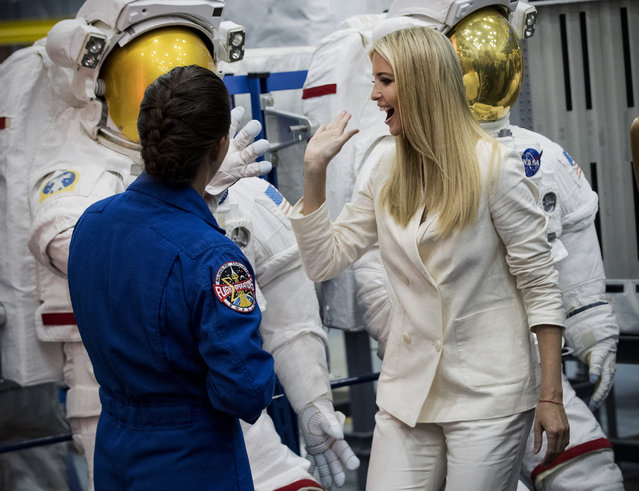 Ivanka Trump high fives a space suit as astronaut Nicole Mann gives her a tour of the Space Vehicle Mockup Facility during a visit to NASA's Johnson Space Center on Thursday, September 20, 2018, in Houston. (Photo by Brett Coomer/Houston Chronicle via AP Photo) 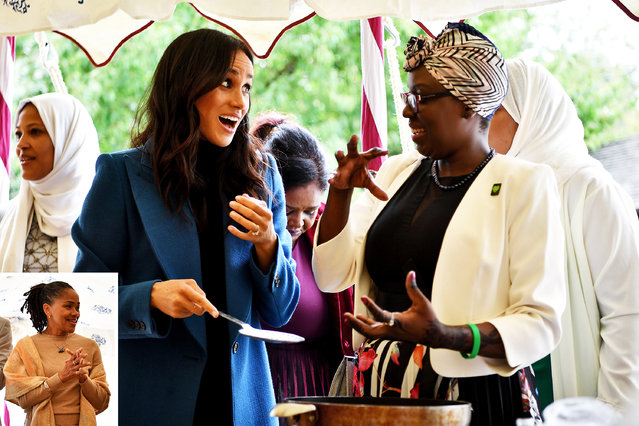 Meghan, Duchess of Sussex helps to prepare food at the launch of a cookbook with recipes from a group of women affected by the Grenfell Tower fire at Kensington Palace in London on September 20, 2018. (Photo by Ben Stansall/AFP Photo) 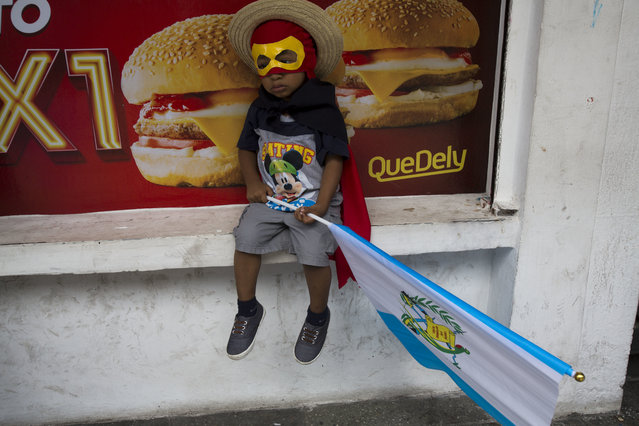 A boy in costume clutching a Guatemalan flag sits outside a local fast food restaurant as he waits with his father for a march to start against Guatemalan President Jimmy Morales and corruption in Guatemala City, Thursday, September 20, 2018. Thousands marched to protest Morales' decision to end the work of a U.N. anti-corruption commission that has helped lead high-profile graft probes targeting dozens of powerful people, including one involving Morales. (Photo by Moises Castillo/AP Photo) 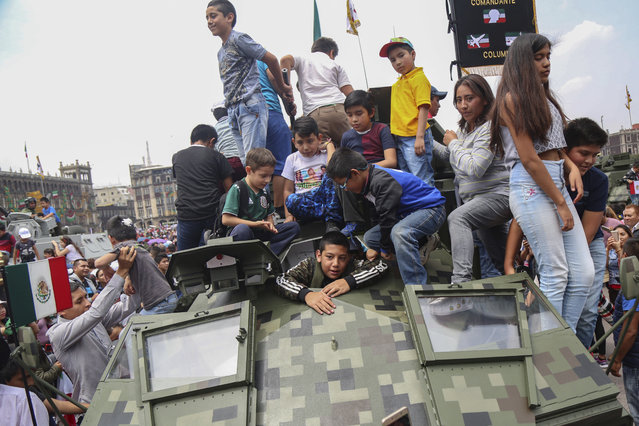 Children climb on a military vehicle displayed for Independence Day after a military parade, in the Zocalo of Mexico City, Sunday, September 16, 2018. Mexico is celebrated its independence from Spain. (Photo by Anthony Vazquez/AP Photo) 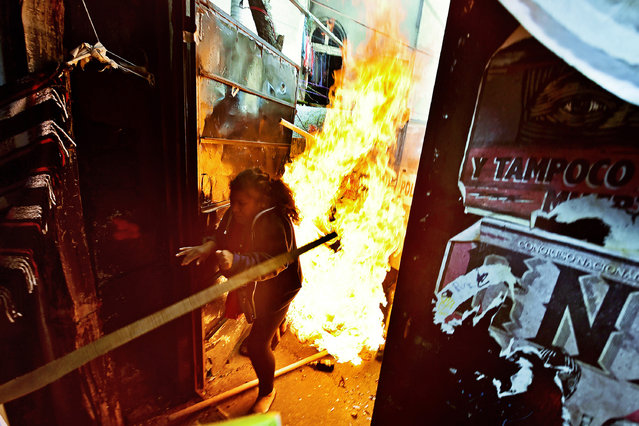 Mexican riot police clash with residents of an indigenous camp as they are evicted from the improvised homes where many had been living for years in Mexico city on September 19, 2018. (Photo by Pedro Pardo/AFP Photo) 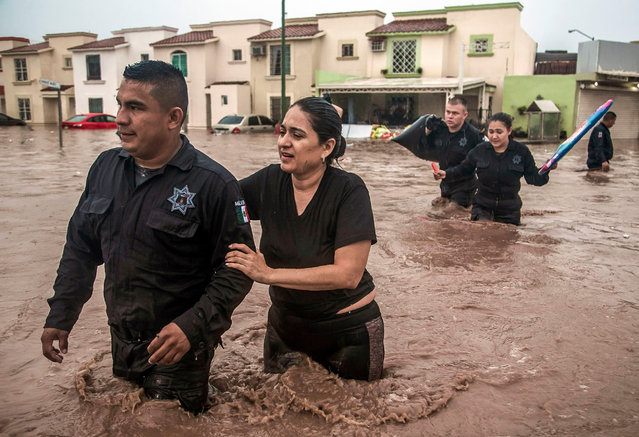 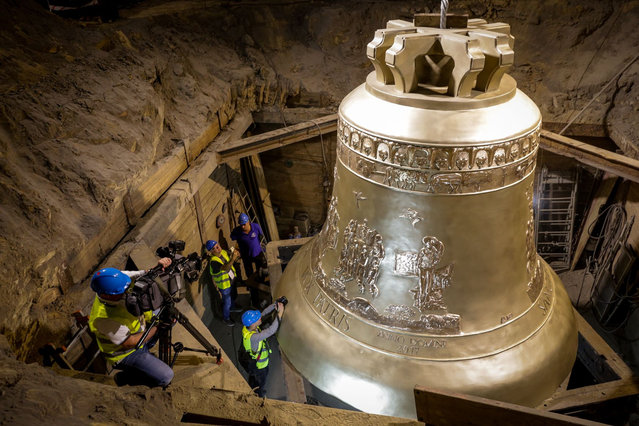 A handout picture released by the communication services of the foundry in Przmysl shows the world' s largest bell, weighing 55 tons, during its unveiling ceremony on September 20, 2018 at the Metalodlew foundry in Krakow. The world' s largest bell, made in Poland and destined for the Basilica of the Eternal Divine Father in Trinidad, a major pilgrimage site in Brazil, was presented in Krakow, the former royal capital of Poland. (Photo by Dominik Gajda/AFP Photo) 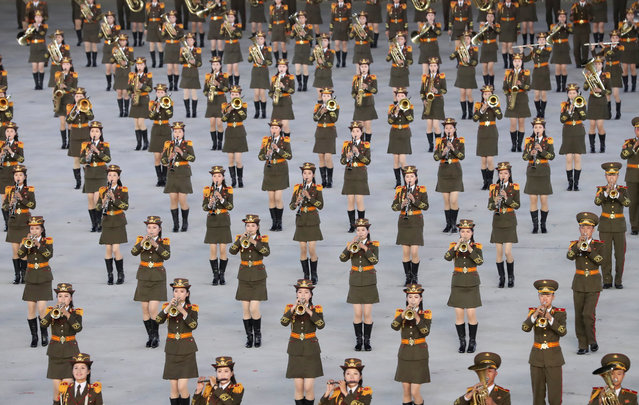 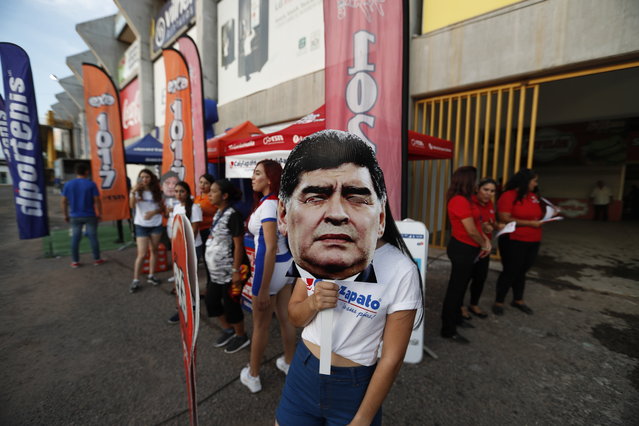 An event promoter holds a mask of Diego Maradona, head coach of Dorados de Sinaloa soccer team, at the venue of a second-tier national league soccer match against Cafetaleros, his first game as coach for Dorados in Culiacan, Mexico, Monday, September 17, 2018. (Photo by Eduardo Verdugo/AP Photo) 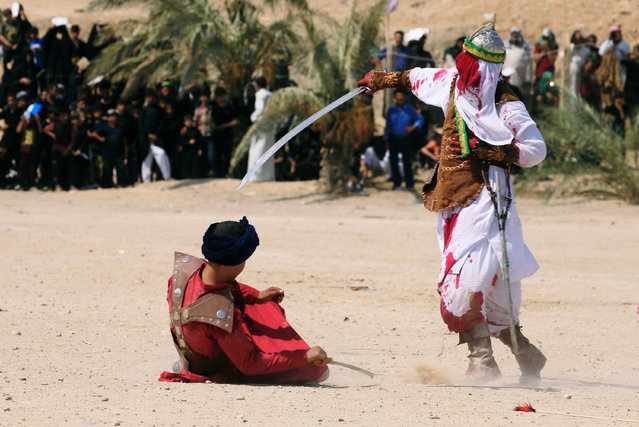 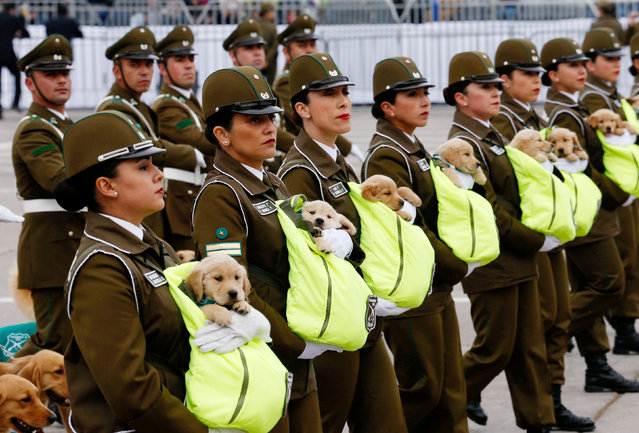 Chilean police officers march with the puppies of future police dogs during the annual military parade at the Bernardo O'Higgins park in Santiago, Chile, September 19, 2018. (Photo by Rodrigo Garrido/Reuters) 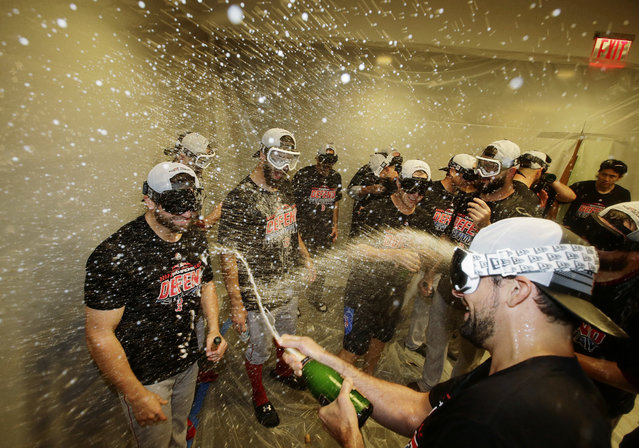 The Boston Red Sox celebrate after clinching the AL East title with an 11-6 win over the New York Yankees in a baseball game Thursday, September 20, 2018, in New York. (Photo by Frank Franklin II/AP Photo) 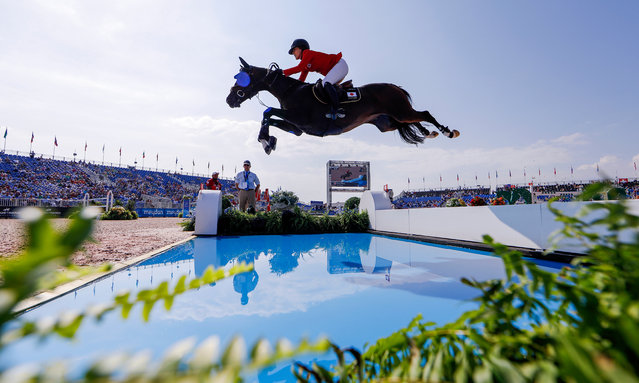