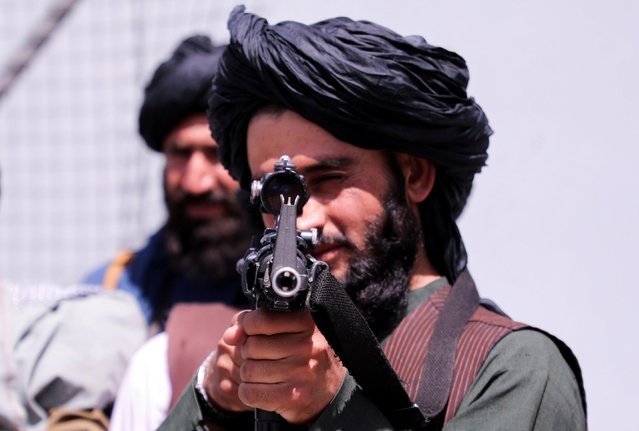 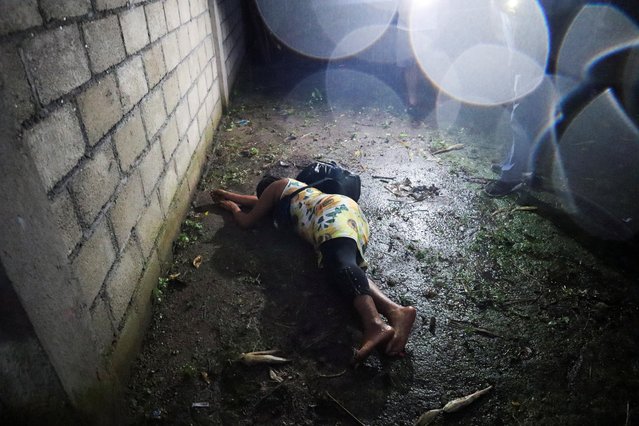 A migrant lies on the floor during an operation to halt the progress of a caravan of migrants and asylum seekers from Central America and the Caribbean as they moved toward Mexico City where they hoped to seek expedited asylum proceedings, in Mapastepec, in Chiapas state, Mexico, September 1, 2021. (Photo by Jose Torres/Reuters) 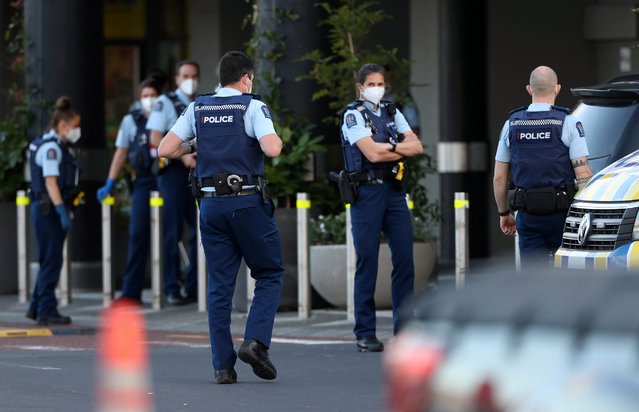 Police guard the area around Countdown LynnMall where a violent extremist reportedly stabbed six people before being shot by police on September 03, 2021 in Auckland, New Zealand. A man has been shot dead by police after reportedly stabbing six people at LynnMall supermarket in Auckland. Prime Minster Jacinda Ardern has addressed the country describing the attack as violent and senseless. (Photo by Fiona Goodall/Getty Images) 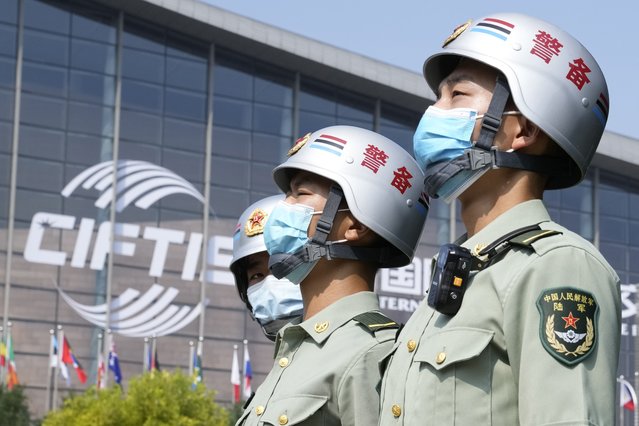 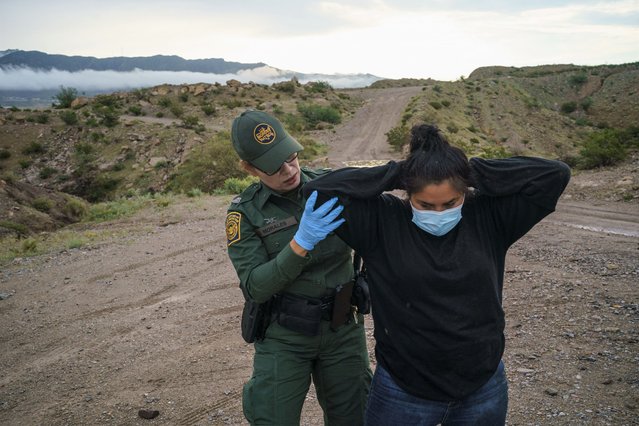 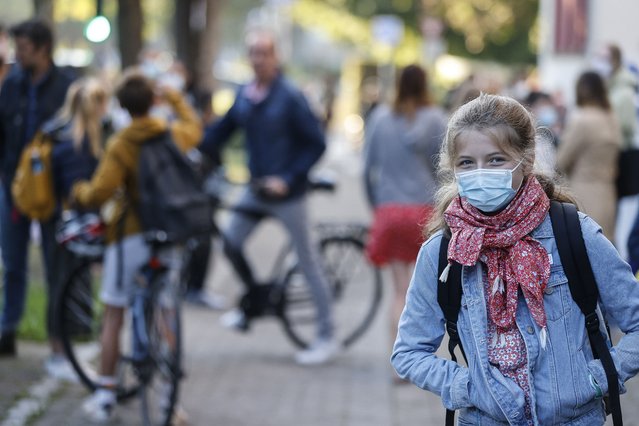 Children return to school in Strasbourg, eastern France, Thursday September 2, 2021. France’s virus situation has slightly improved in recent weeks, with about 17,000 confirmed cases of infection each day on average, down from more than 23,000 around mid-August. But many fear a reverse of the trend now that children are back to school. (Photo by Jean-François Badias/AP Photo) In this photo released by the Taiwan Centers for Disease Control, workers unload a shipment of Pfizer-BioNTech vaccines from an aircraft at the Taoyuan International Airport in Taiwan Thursday, September 2, 2021. Taiwan received its first batch of Pfizer-BioNTech vaccines Thursday after a prolonged purchasing process that gave rise to a political blame game with China. (Photo by Taiwan Centers for Disease Control via AP Photo) 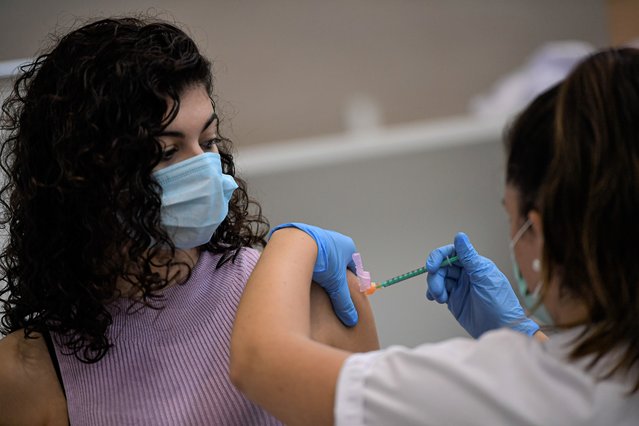 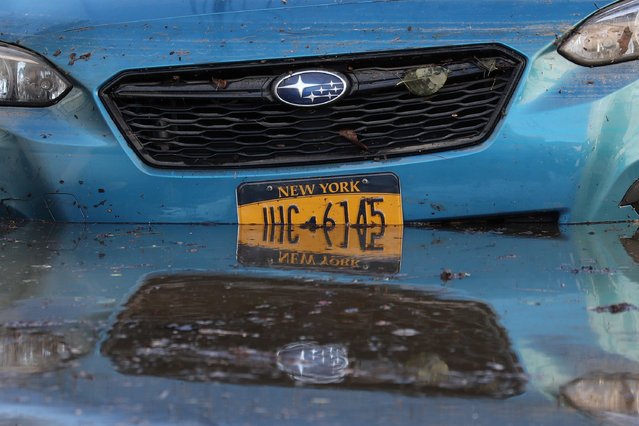 A flooded car is pictured after the remnants of Tropical Storm Ida brought drenching rain, flash floods and tornadoes to parts of the northeast in Mamaroneck, New York, U.S., September 2, 2021. (Photo by Mike Segar/Reuters) 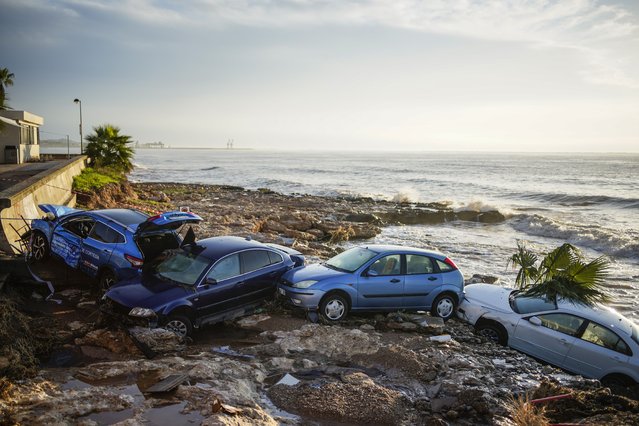 Wrecked cars stuck in the shore of the seaside town of Alcanar, in northeastern Spain, Thursday, September 2, 2021. A downpour Wednesday created flash floods that swept cars down streets in the Catalan town of Alcanar. Most of mainland Spain is under alert for heavy rains. (Photo by Joan Mateu Parra/AP Photo) 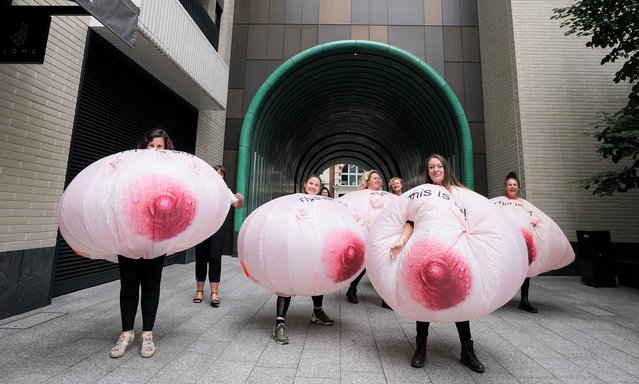 Protesters wearing inflatable breasts stand outside Facebook's headquarters in central London on Wednesday September 1, 2021, to complain about the social media giant's images algorithm. The aim of the event is for all medical tattoo artists and breast cancer survivors to be able to freely post images without the pictures being removed and the accounts blocked. (Photo by Ian West/PA Images via Getty Images) 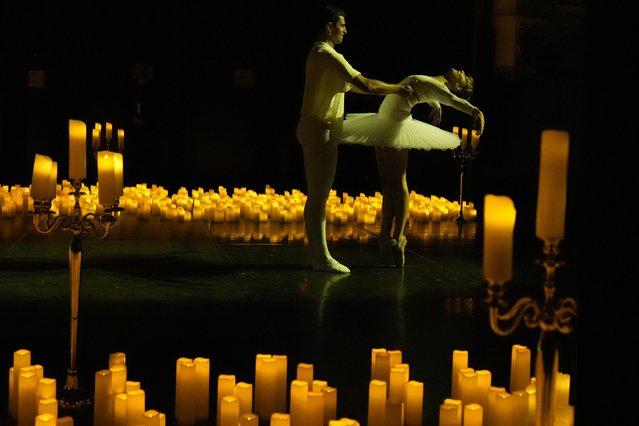 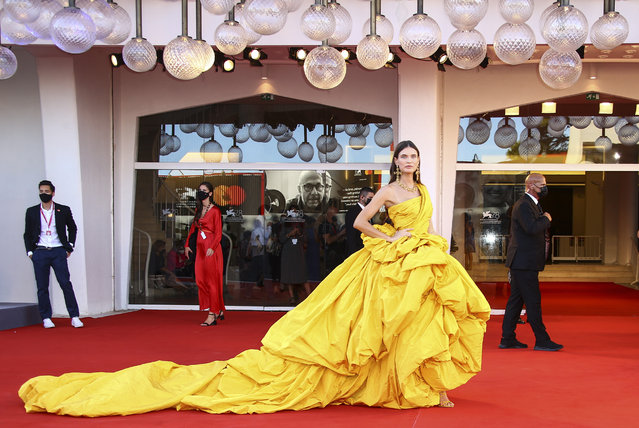 Bianca Balti poses for photographers upon arrival at the premiere of the film “Parallel Mothers” and the opening ceremony of the 78th edition of the Venice Film Festival in Venice, Italy, Wednesday, September 1, 2021. (Photo by Joel C Ryan/Invision/AP Photo) 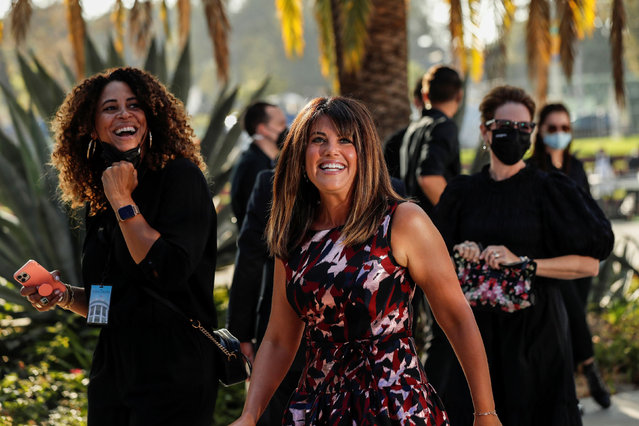 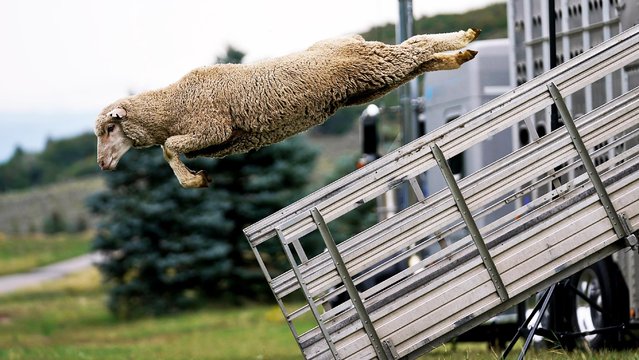 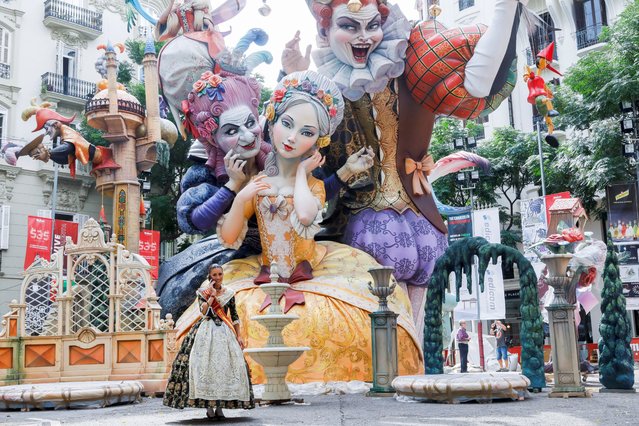 Fallas festival kicks off after its suspension due to the coronavirus disease (COVID-19) pandemic in Valencia, Spain, September 1, 2021. (Photo by Eva Manez/Reuters) 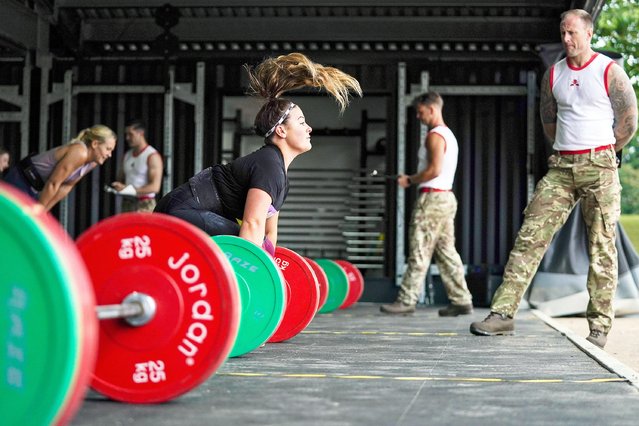 A soldier competes in the weightlifting task during the British Army Warrior Fitness Finals at Sir John Moore Barracks in Winchester on Wednesday, September 1, 2021. (Photo by Steve Parsons/PA Images via Getty Images) 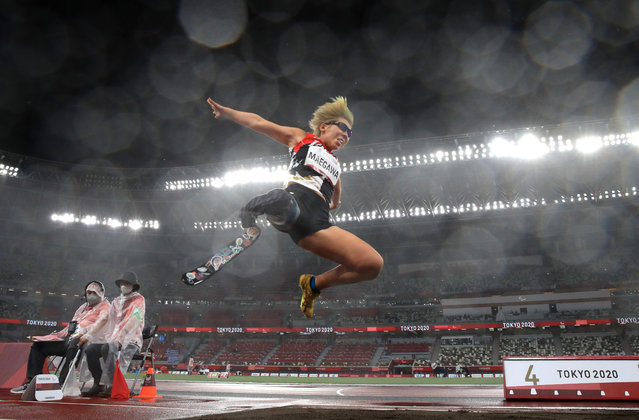