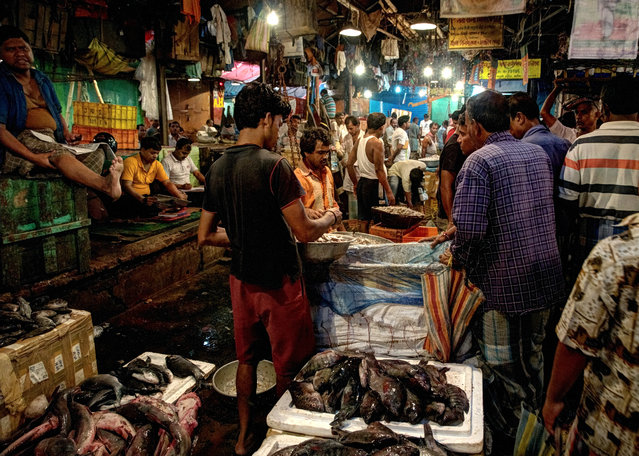 “Early morning activity in the thriving wholesale fish market of Kolkata, India. I only wish you could smell it too!”. (Photo by Louise Waldron/The Guardian) 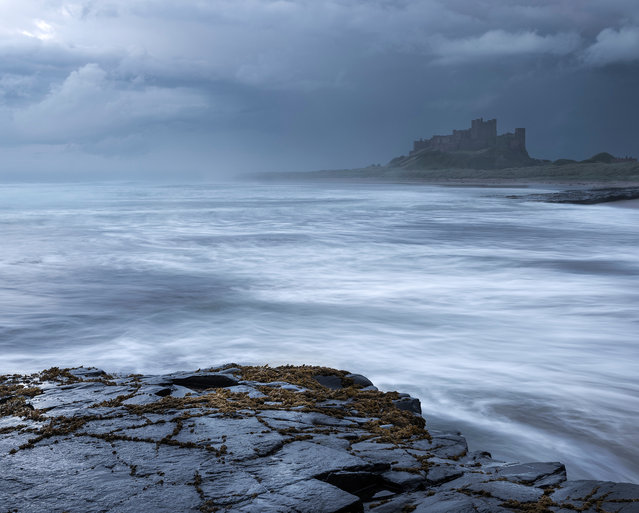 “Bamburgh beach, Northumberland, in August, just after a storm. The rollers are pushing in on this wonderful beach amid mist and spray and a hint of a sunset”. (Photo by Ruth Grindrod/The Guardian) 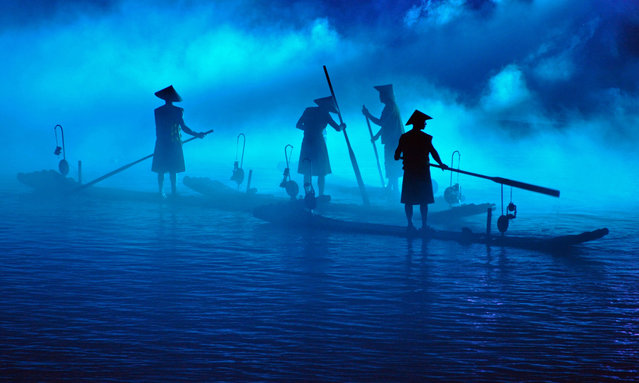 “Fishermen on the river Li in China. These boatmen participate in an illuminated display, for tourists, which takes place as evening comes. The visual effect is stunning”. (Photo by David Paul Elliott/The Guardian) 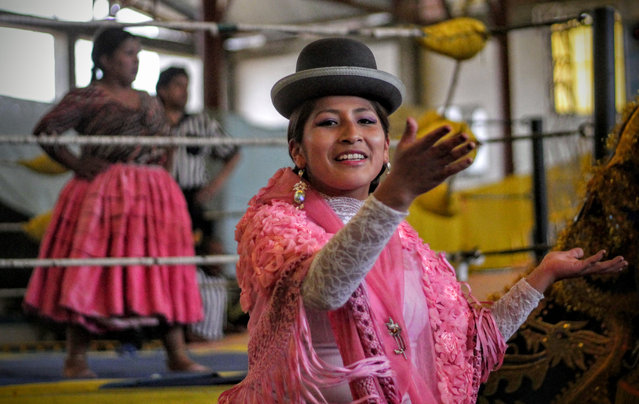 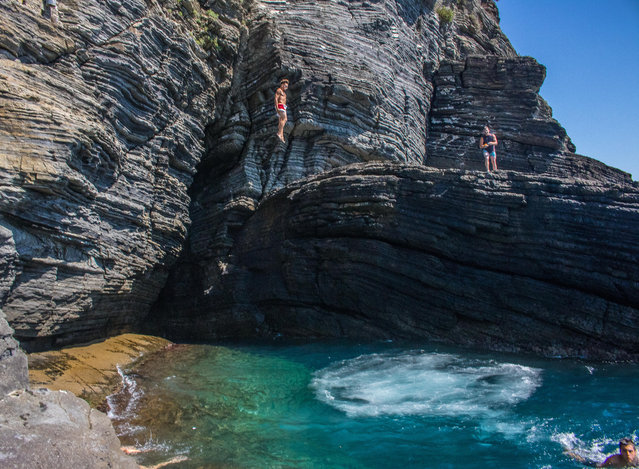 “Italian boys try to out dive each other from the cliffs of Vernazza, in Liguria. I sat watching them attempt more and more daring dives. Their showmanship had me captivated for an hour as I sat on the rocks … not quite brave enough to join them”. (Photo by Eddie Smith/The Guardian) 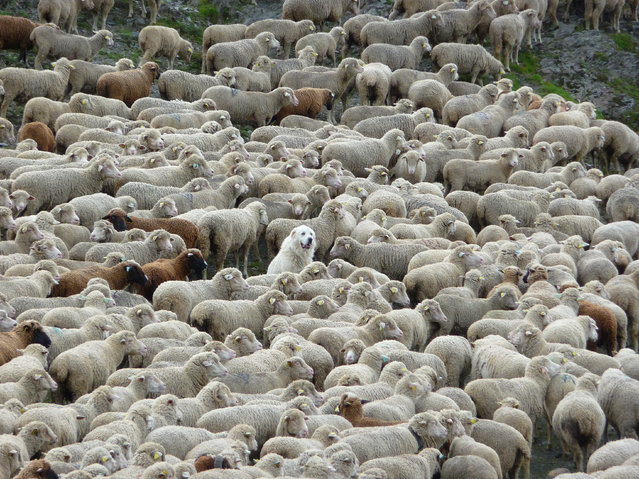 “On the last day of the Tour Du Mont Blanc, while coming over a high pass, I was confronted by this huge herd of sheep. Then I noticed this content, if somewhat bemused, dog in the middle of them”. (Photo by Christina Bennett/The Guardian) 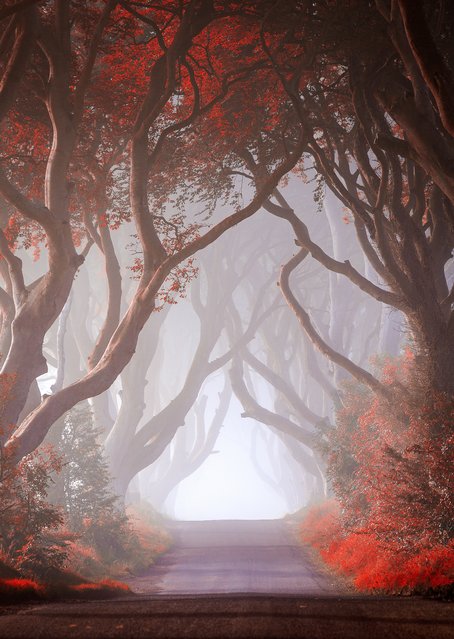 “This was taken amid the beech trees at the Dark Hedges in Antrim, Northern Ireland (a filming location for Game of Thrones), early on an August morning. I was fortunate to be there on a foggy morning as it really added to the overall mood of the image”. (Photo by Declan Keane/The Guardian) 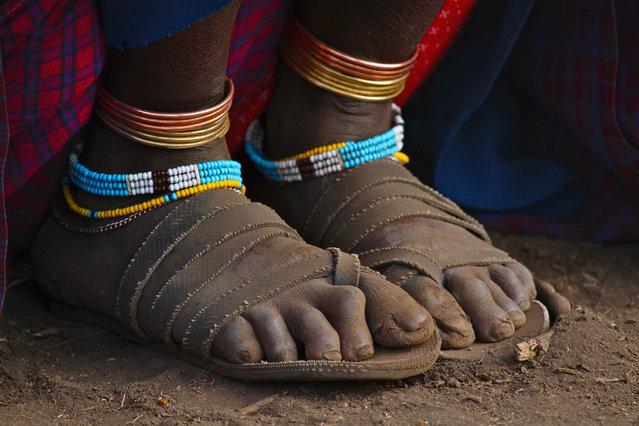 “The feet of a Maasai woman, taken in a Maasai village in northern Tanzania”. (Photo by Phil Burnside/The Guardian) 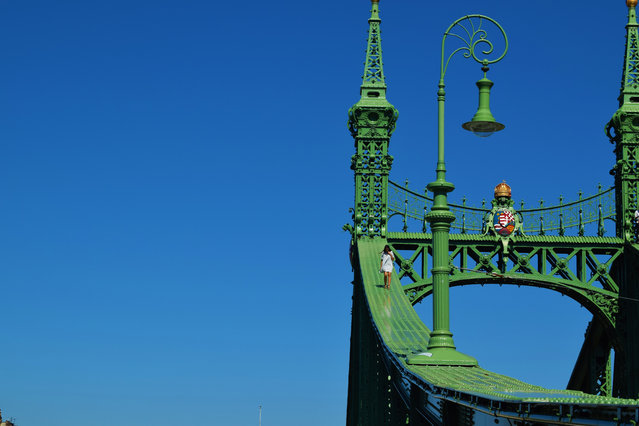 “I don’t know who she is but I’d love for her to see this photograph. The midsummer heat sizzled down on the Liberty bridge connecting Buda to Pest, in Hungary. The sounds of the city rumbled as cars sped past and tourist chattered. I looked up to see this ethereal beauty sauntering down the structure. A moment of serenity amid chaos”. (Photo by Georgia Sharp/The Guardian) 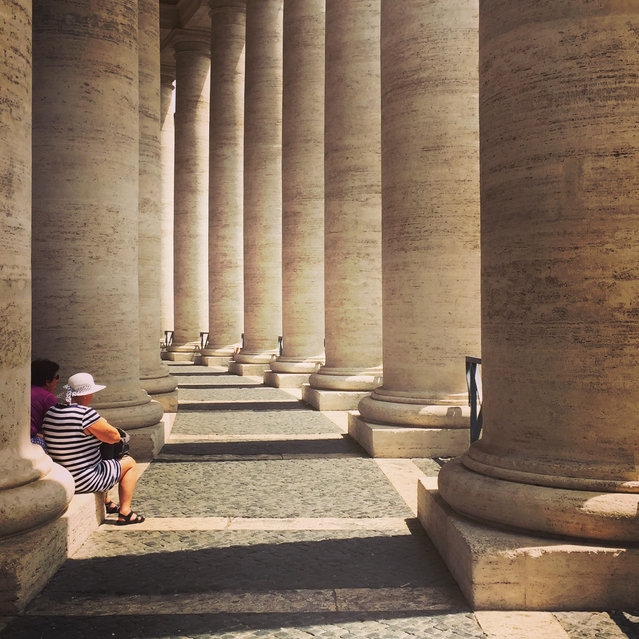 Runner-up. “This was taken in the piazza of Saint Peter’s, Vatican City, Rome. As we walked in awe around the square, this June, the quiet resting of these fellow visitors bought a moment of calm in the shadows. MICK RYAN, JUDGE: A holiday snap? Maybe. But a great one. Repeating patterns are always compelling but more so here with the surreptitiously caught resting couple breaking up the columns. Beautifully composed and I like the 1970s-style Kodak look too”. (Photo by Esther Metcalf/The Guardian) 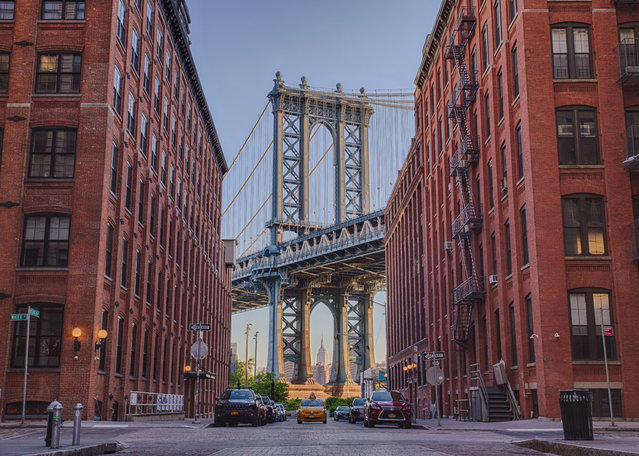 Runner-up. “I was staying in the Dumbo district of Brooklyn and spent a morning photographing Manhattan from across the Hudson river. There was beautiful side light illuminating the Empire State building and capturing a photo of it framed under the arch of the Manhattan bridge was too good an opportunity to miss. MICK RYAN, JUDGE: One of the iconic NYC locations: the intersection of Water Street and Washington Street, and the view of Manhattan bridge and the Empire State. Although it has been taken many times, this is a fine example of this classic viewpoint”. (Photo by Thomas Roberts/The Guardian) 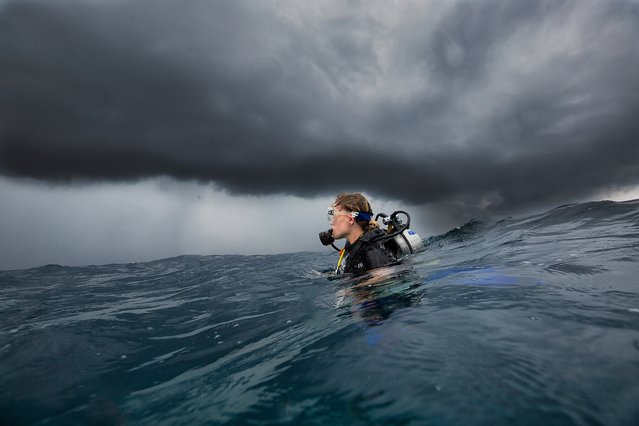 Winner. “This was taken in the South Ari Atolls, Maldives, as the south-west monsoon season was setting in. It features my partner – and dive buddy – Emma after surfacing at the end of the last dive of the day to find 1.5 metre swells and dark monsoon clouds. MICK RYAN, JUDGE: This beautiful portrait of a diver in an ocean swell below a menacing sky stands out this month for its emotional and elemental beauty. It is a reminder that while we may play among nature we are always dwarfed by its power and must be constantly on our guard”. (Photo by Simon Dunn/The Guardian)
Edit Del
04 Oct 2016 10:55:00, post received 0 comments
Publication archive:
←   →
Popular tags:
All tags
Last searches: