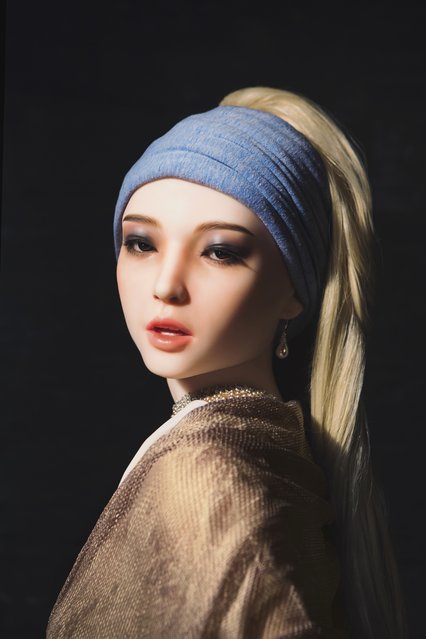 «Fake Girl With Fake Pearl». American artist Stacy Leigh turns the idea of the male gaze on its head by using a doll made for male pleasure to recreate Vermeer’s Girl With a Pearl Earring, developing her very own female gaze. (Photo by Stacy Leigh/The Guardian) 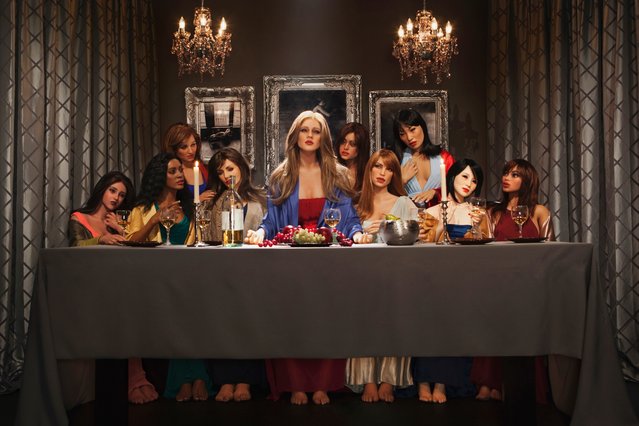 «Average Americans (That Happen to Be s*x Dolls)». Leigh believes that, away from the gaze of s*x doll fans, these female effigies can represent women in a way that is completely new to contemporary art. Here, she subverts the male narrative of The Last Supper, replacing each character with a female doll. (Photo by Stacy Leigh/The Guardian) 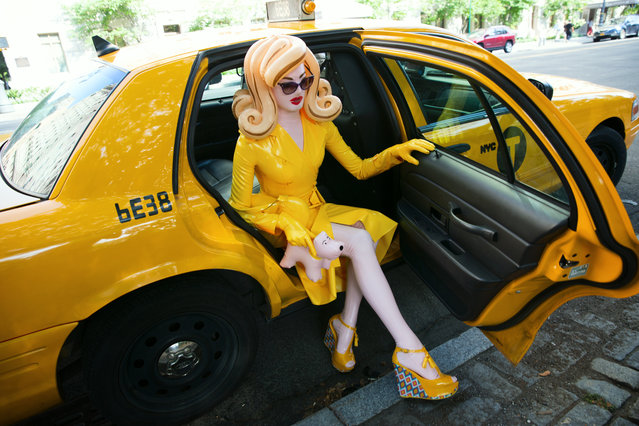 «Pandemonia, New York Taxi». Pandemonia’s anonymous creator describes her as a ‘critical reflection and intervention upon ideas of celebrity and femininity’. By staging Pandemonia, with all her plastic attributes, in everyday settings, the artist riffs on the commodification of femininity in contemporary culture. (Photo by Simon Cave/The Guardian) 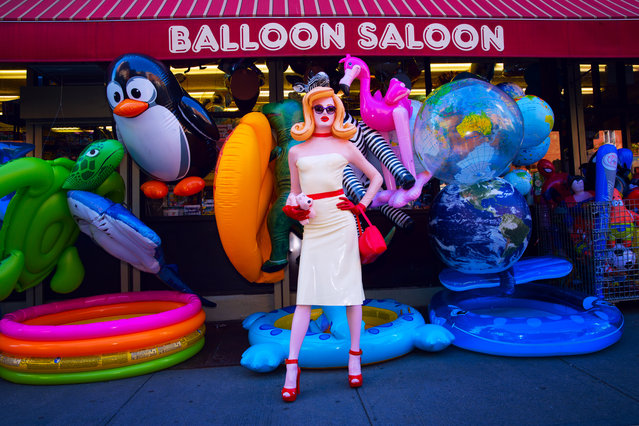 «Pandemonia, Balloon Saloon». Pandemonia’s creator always wanted her to blend in with the social circles and commercial industries she parodies. Since first appearing in 2007, Pandemonia has featured in advertising campaigns, as a brand ambassador and at fashion weeks around the world. (Photo by Simon Cave/The Guardian)

«Underwater». Laurie Simmons discovered this silicone s*x doll in a shop while on holiday in Japan and was immediately interested in the type of generic beauty their looks could add to her work. She went on to create the Love Doll series, in which she places silicone s*x dolls in positions that explore a woman’s interior life. (Photo by Laurie Simmons/Salon 94/The Guardian) 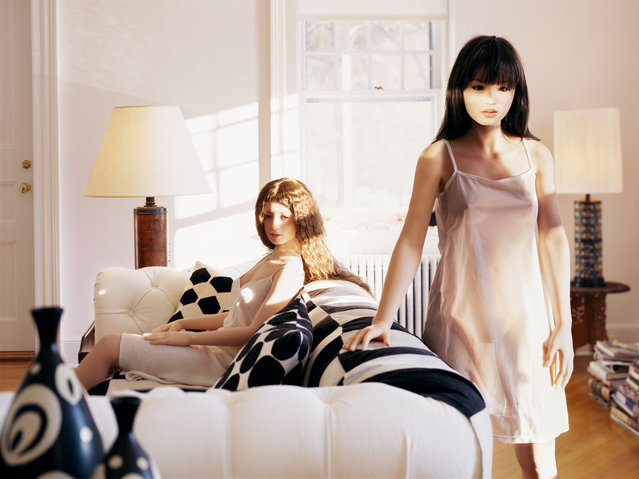 «Meeting». Simmons aims to create an image in the style of the Dutch Renaissance, where a regular woman’s experience is exposed. “What I do is to take images I see around me that are very pervasive, and I recreate them with my own characters”, she says. (Photo by Laurie Simmons/Salon 94/The Guardian) 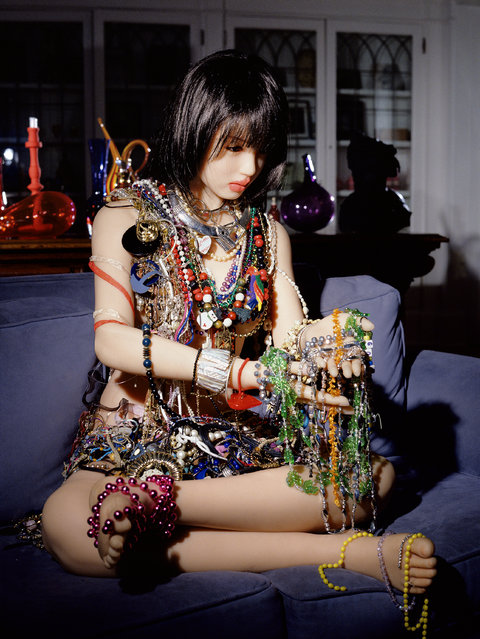 «20 Pounds of Jewels». “I don’t try to remove the dolls from their sexual origin,’ Simmons says. ‘I really use them in a story I’ve been telling for a long time: how does a woman become a character, and what does that character mean?”. (Photo by Laurie Simmons/Salon 94/The Guardian) 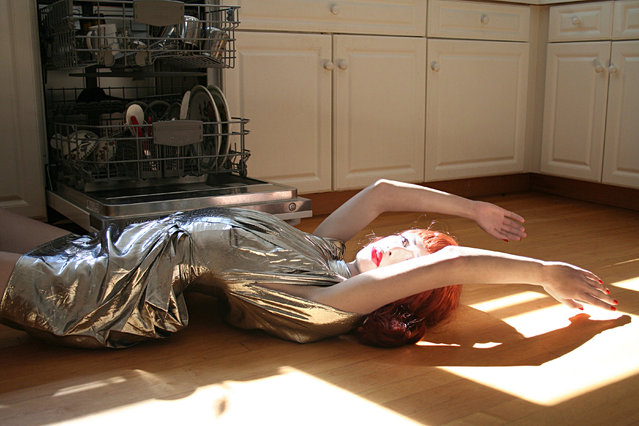 «Real Doll series». Martine Gutierrez started using dolls in their art to question the evolution of their own gender neutral identity. They imagined themself as four different heterosexual men. Gutierrez then customised each doll based on what each man’s particular fetishism was. (Photo by Martine Gutierrez/Ryan Lee Gallery/The Guardian) 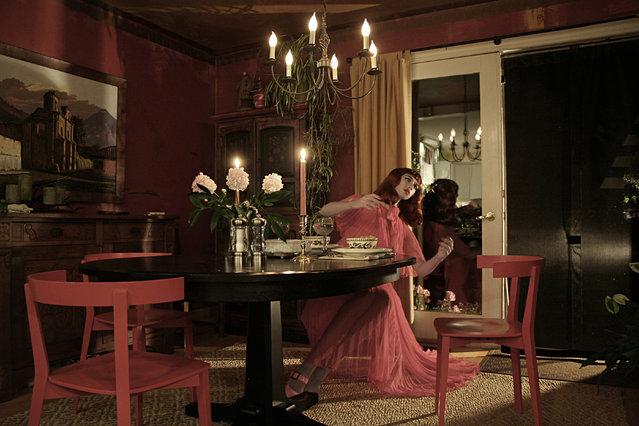 «Real Doll series». Gutierrez finds the dolls a deeply satisfying tool to explore the personal issues of gender: “The reality of the real world and the way I am perceived, fraught with bigotry, violence, and categorisation, constantly upsets me. I need to escape into this fantasy to reimagine my own existence in a world where identity is fluid”. (Photo by Martine Gutierrez/Ryan Lee Gallery/The Guardian) 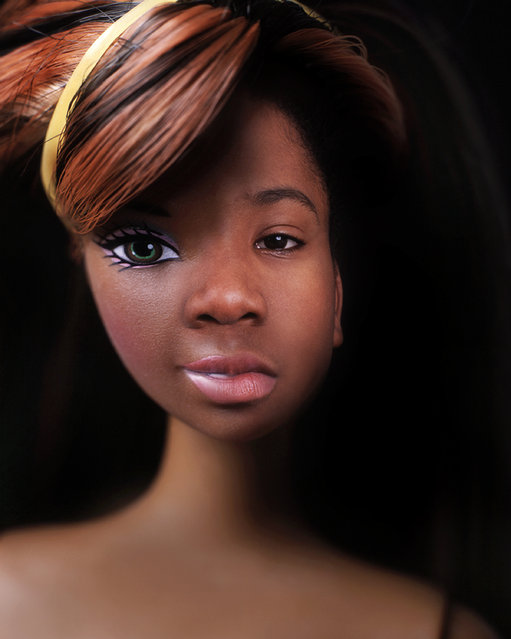 «Plastic Bodies series». In her Plastic Bodies series, Sheila Pree Bright criticises the whitewashing of beauty standards, using Barbie dolls as a symbol of the unreality of what is considered traditionally beautiful in the west. “The Barbie doll has become human and we have become plastic”, she says. (Photo by Sheila Pree Bright/The Guardian)
Edit Del
28 Sep 2017 07:38:00, post received 0 comments
Publication archive:
←   →
Popular tags:
All tags
Last searches: