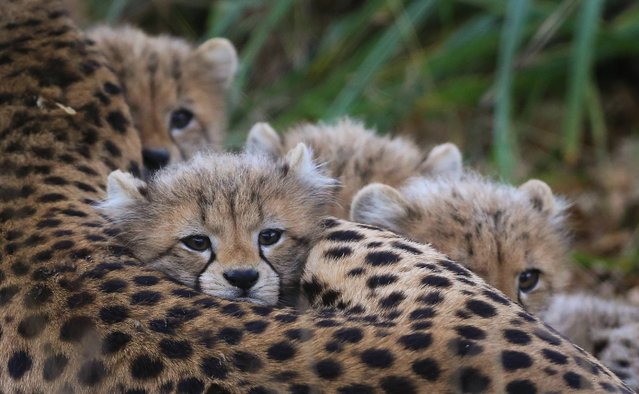 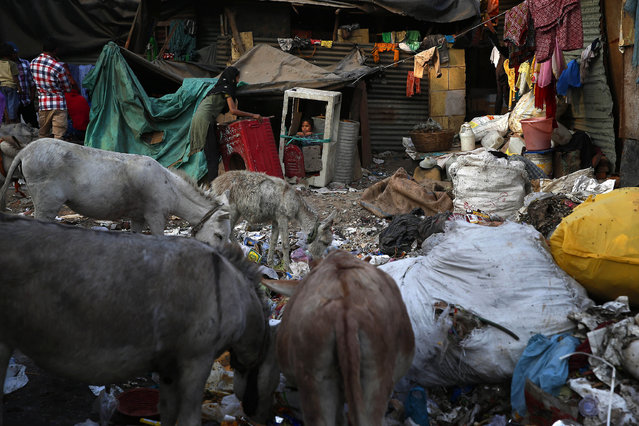 Donkeys feed on garbage as a small girl crouches down inside a broken refrigerator while playing at a poor neighborhood in New Delhi, India, Thursday, December 5, 2013. (Photo by Saurabh Das/AP Photo) 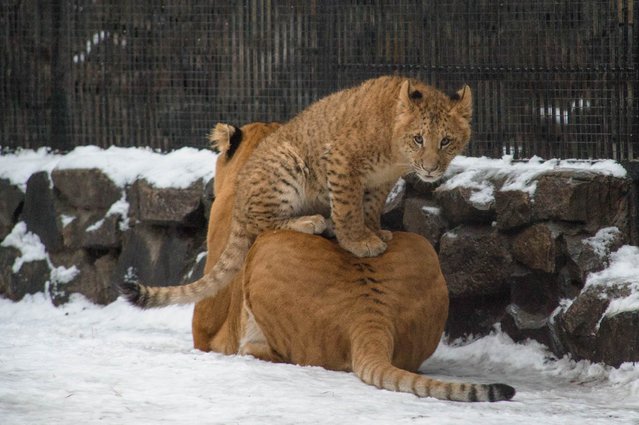 Six-month old female liliger cub Eva plays in snow with her mother Zita in the Zoo in Novosibirsk, Russia, Thursday, December 5, 2013. The cub's mother is Zita, a liger – half-lioness, half-tiger, and its father is a lion, Sam. (Photo by Ilnar Salakhiev/AP Photo) 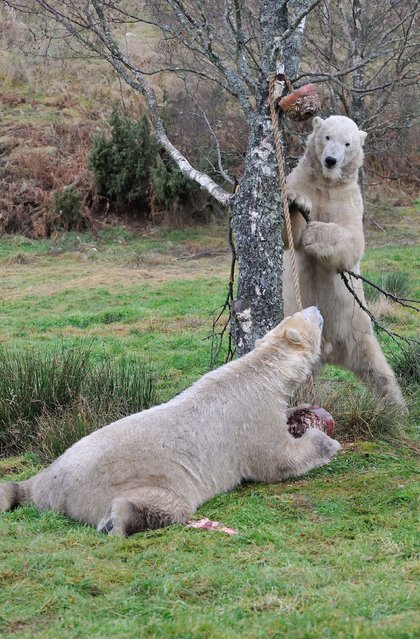 Photo issued by Highland Wildlife Park of Polar Bears on December 2, 2013. Arktos (front) and Walker (back), the resident polar bears at Highland Wildlife Park, who were enjoying their birthday treats. Walker and Arktos were treated to special ice cakes, created by their keepers and filled with some of their favourite foods including sardines and carrots. (Photo by Alex Riddell/PA Wire) 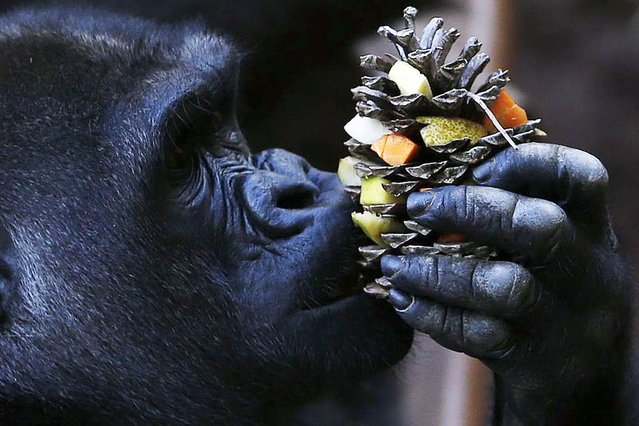 A gorilla eats fresh fruit and vegetables at the family-owned Palmyre Zoo in the 18 hectares pine forest of Les Mathes, in the Charente Maritime region, on December 3, 2013. (Photo by Regis Duvignau/Reuters) 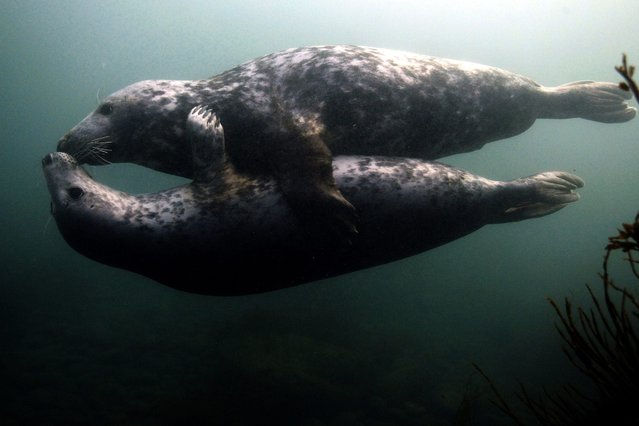 Grey seals play underwater by the Farne Islands off the Northumberland coast, on December 5, 2013. (Photo by Nigel Roddis/Reuters) 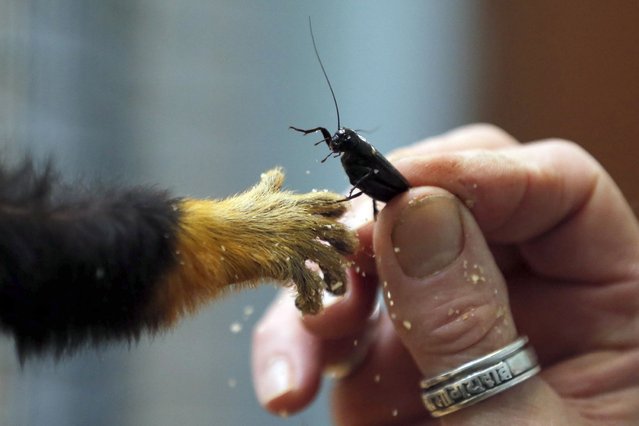 Janick Fetard, zoo keeper, gives a cricket to a tamarin monkey at the family-owned Palmyre Zoo in the 18 hectares pine forest of Les Mathes in the Charente Maritime region, on December 5, 2013. (Photo by Regis Duvignau/Reuters) 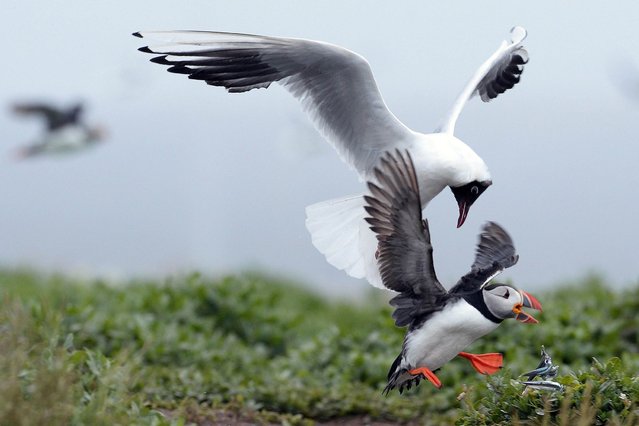 A puffin drops the sand eels it was carrying as it is chased by a gull on the Farne Islands, on December 5, 2013. (Photo by Nigel Roddis/Reuters) 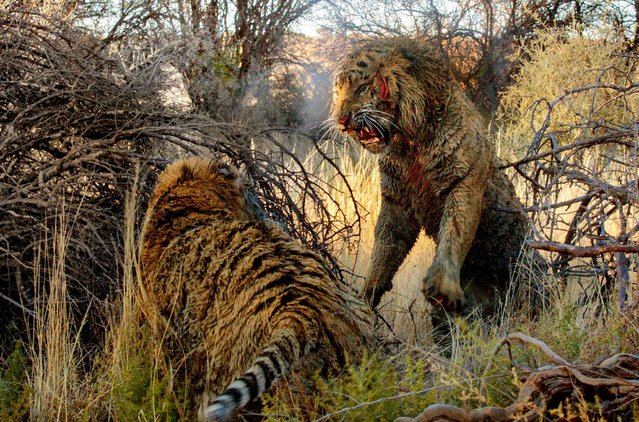 Incredible bloody battle for territory between two tigers hit the lens of German photographer Marion Vollborn which saw play the scene during the safari. It was in the private reserve Londolozi in Pretoria, South Africa. (Photo by Marion Vollborn/SIPA Press) 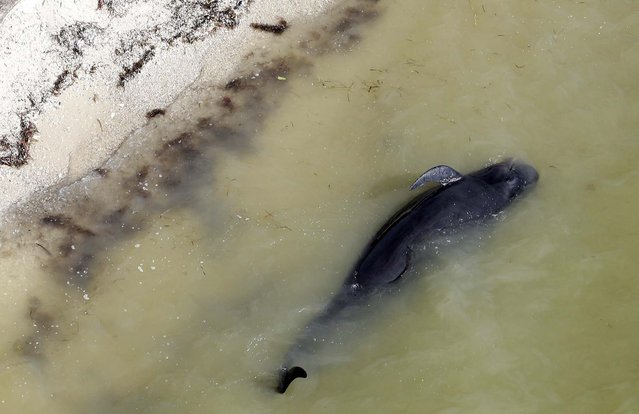 A dead pilot whale lies near the beach in a remote area of Everglades National Park, on December 4, 2013. Federal officials say 10 of the dozens of whales stranded in the Florida park are now dead. (Photo by Lynne Sladky/Associated Press) 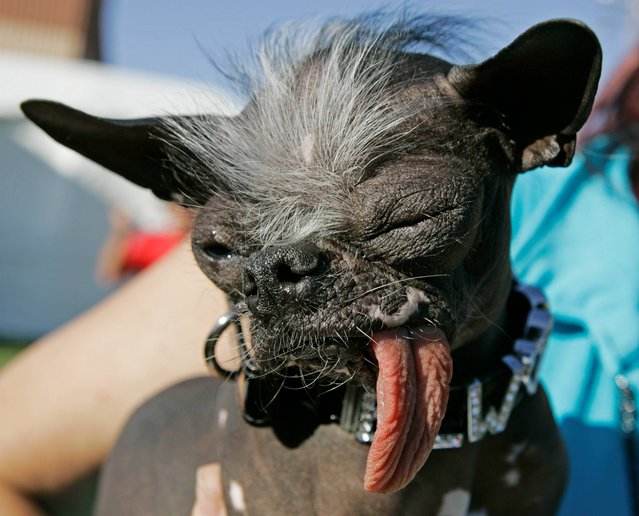 In a Friday, June 22, 2007 file photo, the Chinese Crested and Chihuahua mix dog “Elwood” won the title of World's ugliest dog of 2007 at the 2007 World's Ugliest Dog Contest, in Petaluma, Calif. Elwood died unexpectedly on Thanksgiving morning, November 28, 2013, said his owner, Karen Quigley of Sewell,Calif. She said Elwood had been dealing with some heath issues in recent months but appeared to be doing well. (Photo by Ben Margot/AP Photo/File) 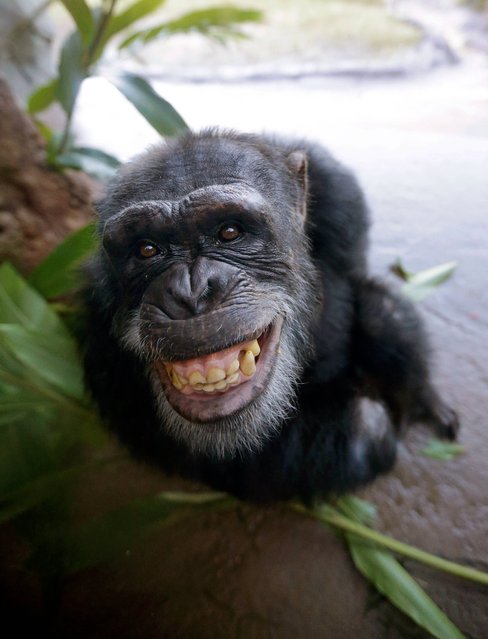 Chaos, a Chimpanzee, looks through the glass at visitors during his public debut in the Onstead Foundation Chimpanzee Habitat at the Houston Zoo Tuesday, December 3, 2013, in Houston. Six chimpanzees were relocated to the zoo through the combined efforts of Lincoln Park Zoo's Project ChimpCARE, the Houston Zoo, and Curtis and Bea Shepperson, the chimps' owners. The Sheppersons had been under pressure from officials in the Mechanicsville, Virginia area to relocate the chimpanzees because of a recent escape and the lack of proper licenses. (Photo by David J. Phillip/AP Photo) 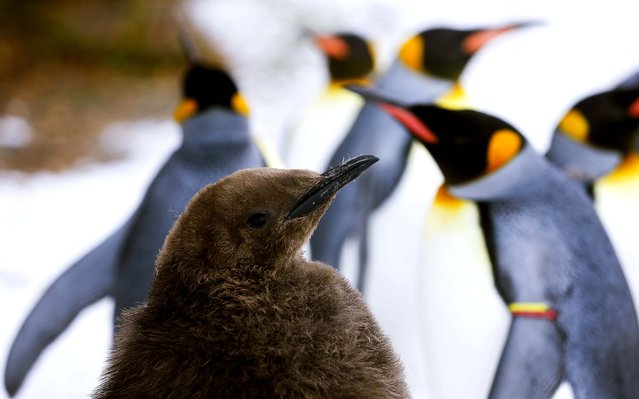 A young king penguin stands in an enclosure at Zurich's Zoo, on December 4, 2013. Every day in winter, when the temperature is less than +10 degrees Celsius, the zoo makes a so-called 'penguin parade' when the animals walk outside their enclosure. (Photo by Arnd Wiegmann/Reuters)
Edit Del
07 Dec 2013 12:15:00, post received 0 comments
Publication archive:
←   →
Popular tags:
All tags
Last searches: