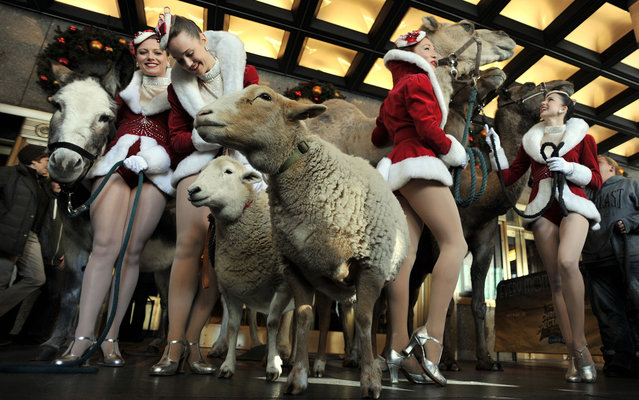 A donkey, two sheep and three camels pose with Rockettes outside Radio City Music Hall Hall before their first day of rehearsals for the 2013 “Radio City Christmas Spectacular” and their starring role in the “Living Nativity” show October 29, 2013 in New York. (Photo by Stan Honda/AFP Photo) 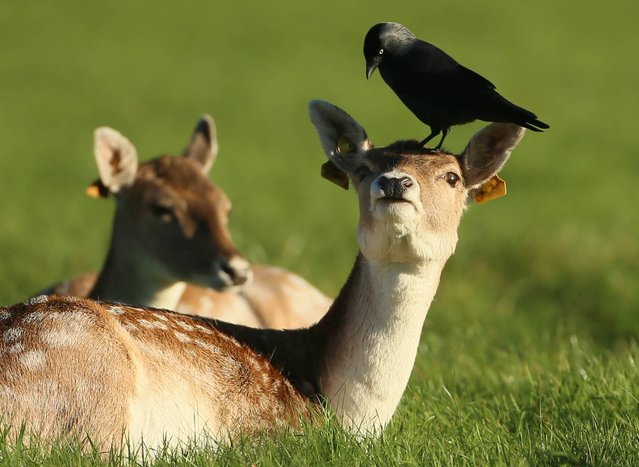 A Crow lands on the head of a young Deer in Dublin's Phoenix Park, on October 28, 2013. (Photo by Niall Carson/PA Wire) 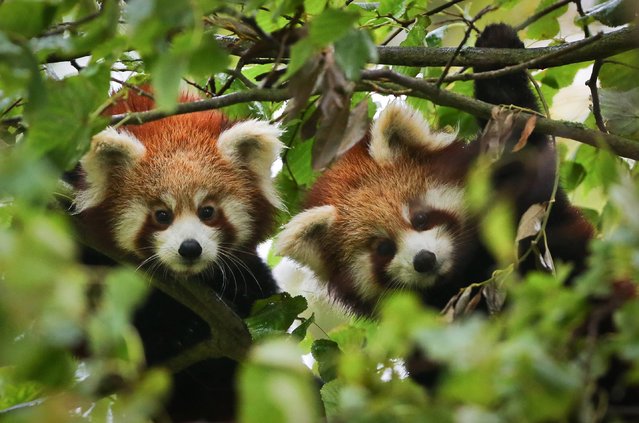 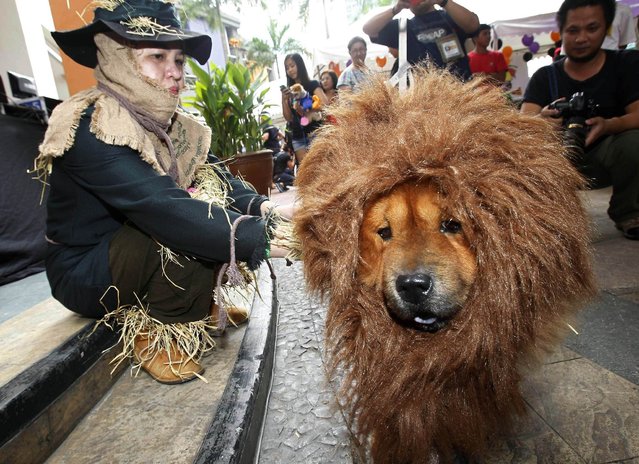 A pet owner sits next to her dog which is dressed in a lion costume during the Scaredy Cats and Dogs Halloween costume competition at Eastwood mall in Quezon city, metro Manila October 26, 2013. According to an official from the organiser Philippine Animal Welfare Society (PAWS), the annual event, which had at least one hundred competitors who joined with their pets, aimed to give pet owners a chance to bond with their pets and experience Halloween together. (Photo by Romeo Ranoco/Reuters) 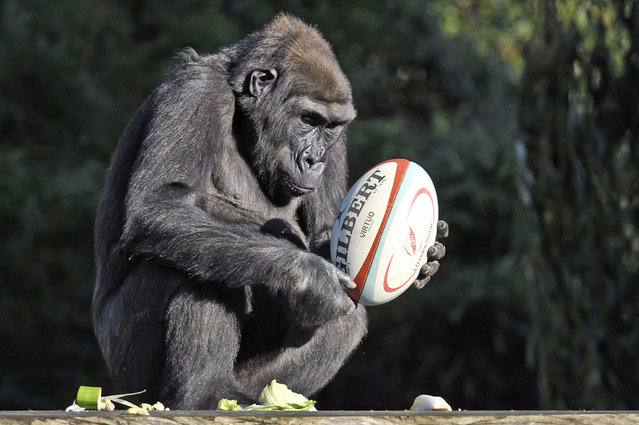 Komale the Western Lowland Gorilla inspects a rugby ball that has been placed into the gorilla enclosure at Bristol Zoo as part of their enrichment programme, where they are given things to stimulate and encourage playful behaviour. Picture date: Tuesday October, 29, 2013. (Photo by Ben Birchall/PA Wire) 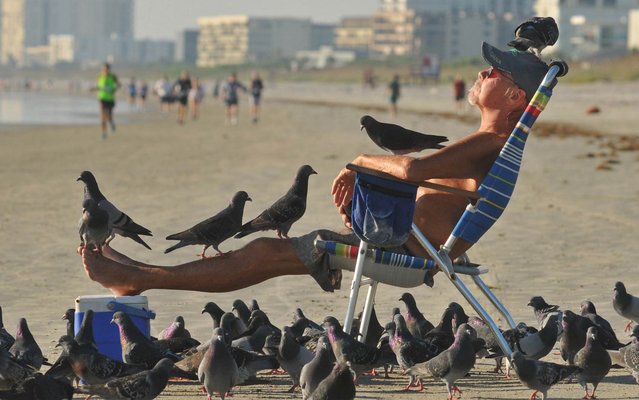 Terry Zittle relaxes on Cocoa Beach in Florida with a few feathered friends, on Oktober 28, 2013. The local resident is renowned as a magnet for pigeons and has even named many of the birds, who flock to him when he brings sunflower seeds for breakfast. (Photo by Tim Shortt/AP Photo/Florida Today) 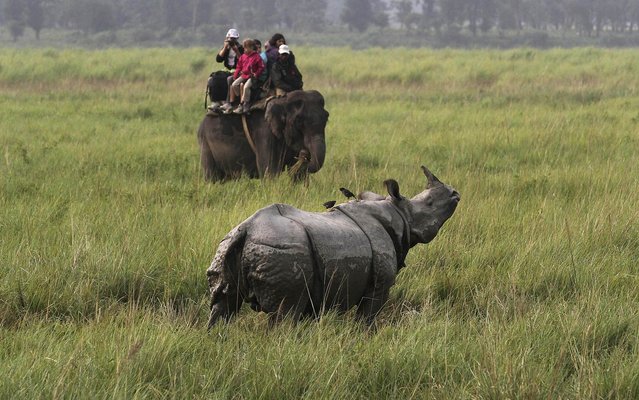 Tourists on an elephant watch a one horned rhinoceros inside the Kaziranga national park, about 250 kilometers (156 miles) east of Gauhati, India, Monday, November 1, 2013. The Kaziranga National Park, which has the world s largest concentration of Indian one-horned rhinoceros, reopened for tourists Monday. (Photo by Anupam Nath/AP Photo) 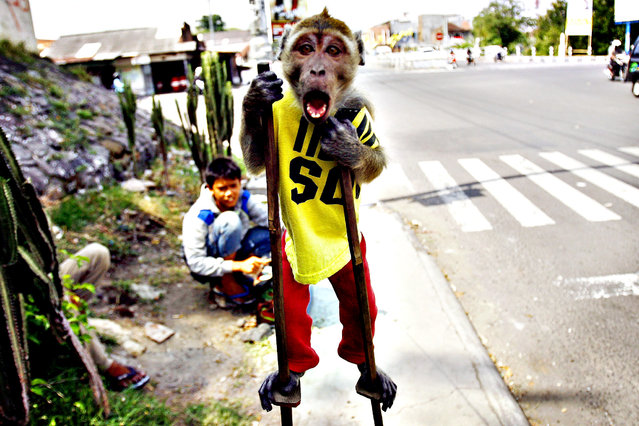 A street monkey performs on a sidewalk in Solo, Central Java, Indonesia, 28 October 2013. Jakarta Governor Joko Widodo is continued with the plan to stop masked monkey performances, locally known as “topeng monyet”, by year 2014 to improve public order and preventing illness carried by monkeys. The city's administration planned to buy the monkeys used in street performances and keeping them in a Zoo. (Photo by Mohammad Ali/EPA) 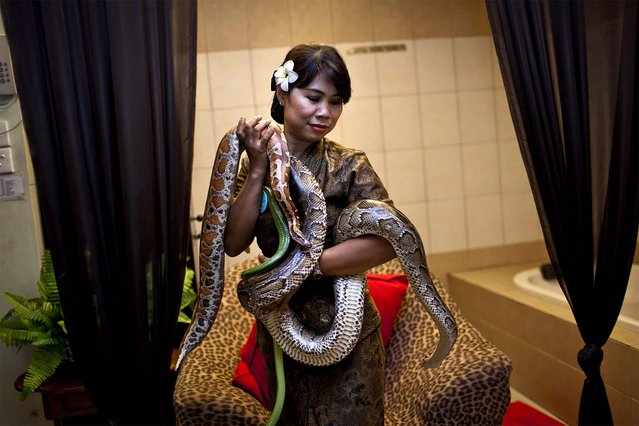 A member of the staff holds pythons used in massage treatments at the Bali Heritage Reflexology and Spa in Jakarta, Indonesia, on Oktober 27, 2013. The snake spa offers a unique massage treatment which involves having several pythons placed on the customer's body. The movement of the snakes and the adrenaline triggered by fear is said to have a positive impact on the customers metabolism. (Photo by Ulet Ifansasti/Getty Images) 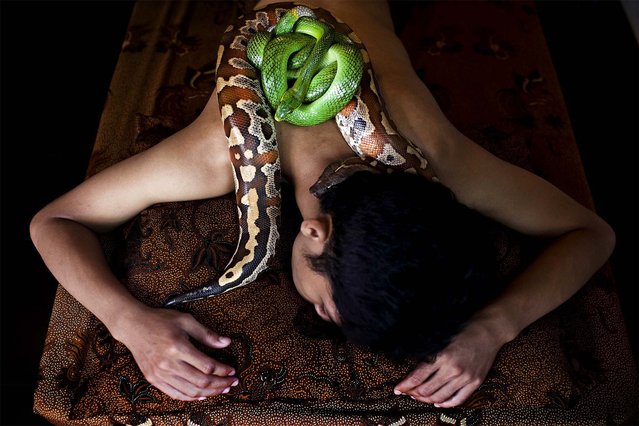 A customer undergoes a massage using pythons at Bali Heritage Reflexology and Spa in Jakarta, on Oktober 27, 2013. (Photo by Ulet Ifansasti/Getty Images) 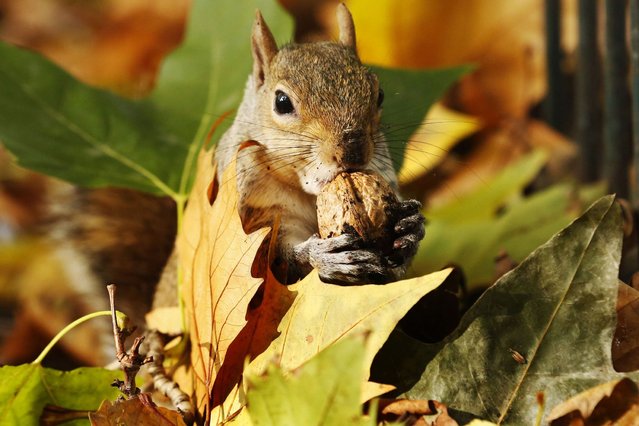 A squirrel eats a nut among a pile of autumn leaves at St James's Park in London, on Oktober 27, 2013. (Photo by Luke MacGregor/Reuters) 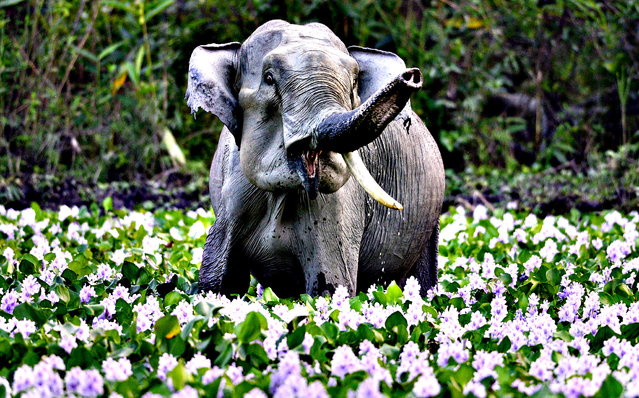 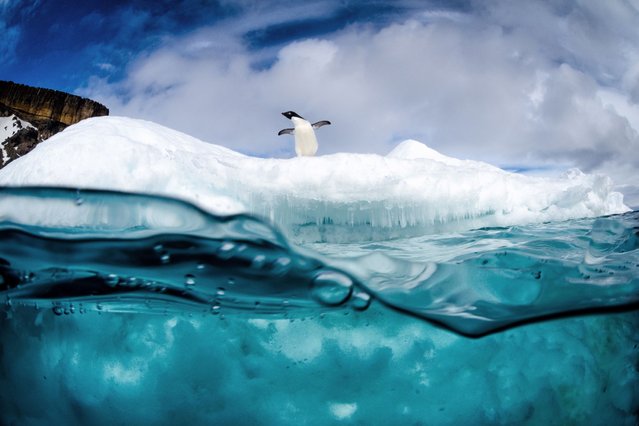 These playful penguins are not fazed by the sub-zero temperatures as they dive into freezing water from a giant iceberg, on Oktober 27, 2013. (Photo by Justin Hofman/Solent News) 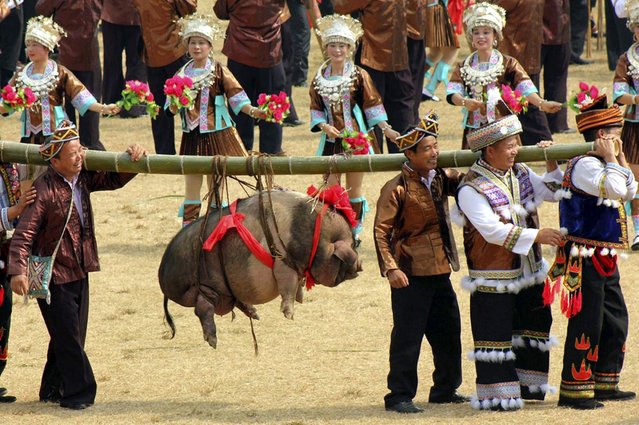 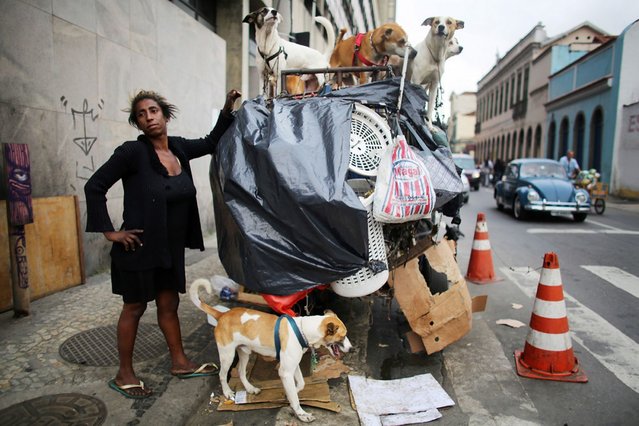 Rosana Moses stands with the family of 16 dogs she cares for in Rio de Janeiro, Brazil. She lives on the streets and relies on donations to help care for the dogs, on Oktober 30, 2013. (Photo by Mario Tama/Getty Images) 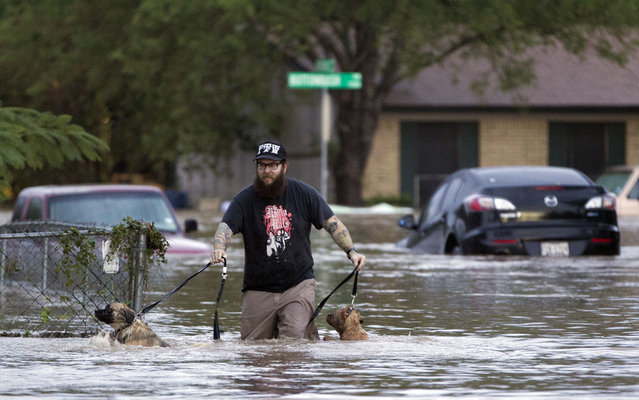 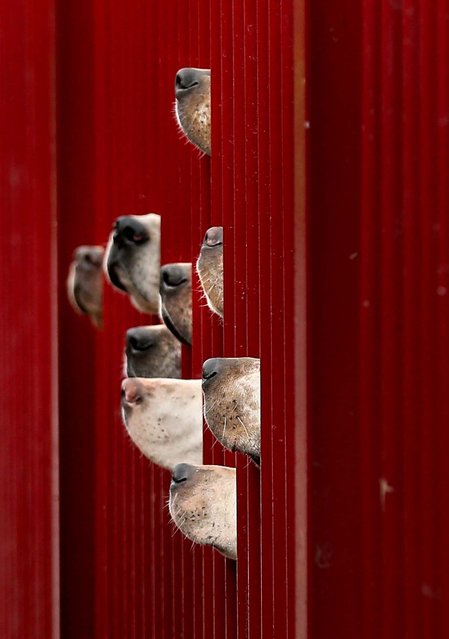 Hounds of The Cheshire Forest Hunt push their snouts through the bars of their kennels as they eagerly await their morning walk in preparation for the start of the new hunting season, in Knutsford, England, on Oktober 31, 2013. The hunting season traditionally starts around November 1st. Although a ban on hunting has been in force since February 2005, many supporters of fox hunting are continuing to call for a repeal of the ban, saying the current law is hard to interpret and enforce. (Photo by Christopher Furlong/Getty Images) 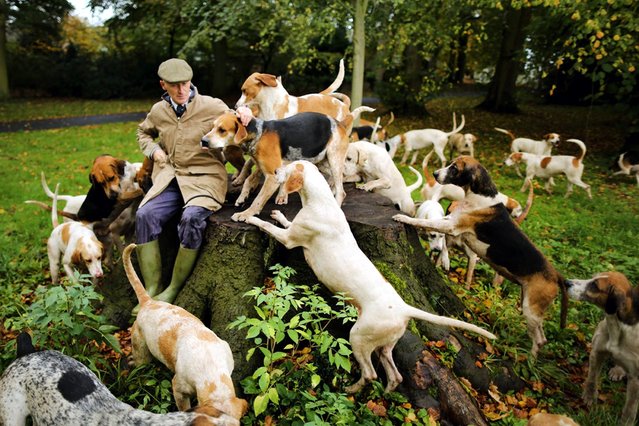