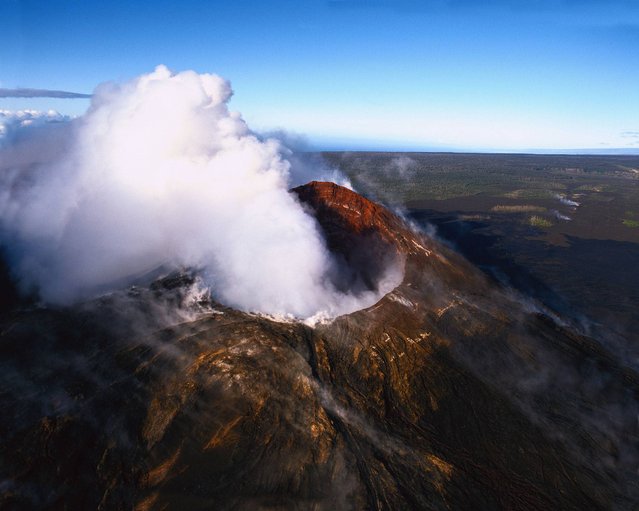 Kilauea (Hawaii, USA). The world's most active volcano has been constantly erupting for over three decades on Hawaii creating the fastest-growing land on the planet. Kīlauea extrudes up to 500,000 cu metres of lava a day – enough to resurface a 32km-long road. (Photo by Fuse/Getty Images) 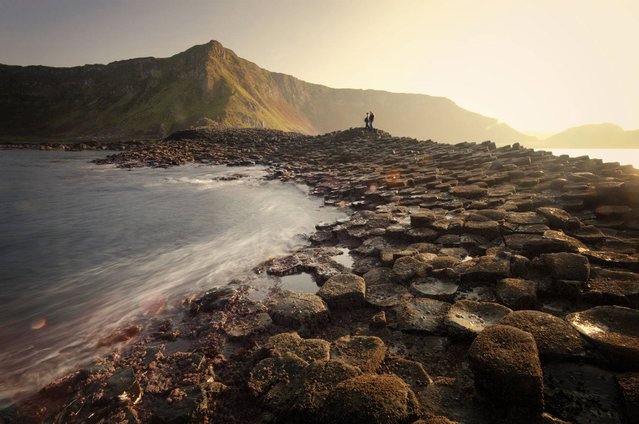 Giant’s Causeway (Northern Ireland). Legend claims that this rocky peninsula is the handiwork of an angry giant, but the real story behind the striking basalt columns is even more extraordinary. The remarkable hexagonal columns formed around 50 millions years ago during a period of intense volcanic activity deep underground. Molten rock was forced to the surface cooled, contracted and cracked apart into 40,000 vertical basalt columns. (Photo by Stuart Stevenson photography/Getty Images) 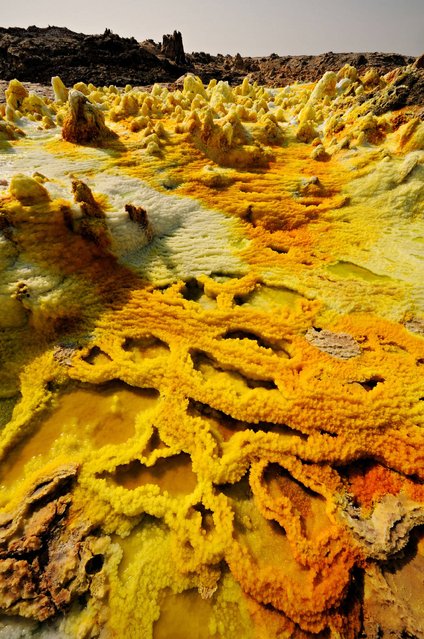 Great Rift Valley (Ethiopia). The world’s largest rift system stretches 6000km from the red sea down to Lake Malawi. Up to 75km wide in places, it’s cradled by a series of cliffs, rising from the valley floor to the top of the highest escarpments, up to 1.6km above. The Great Rift Valley is not one single feature but a series of linked faults – the Ethiopian Rift Valley, and the western and eastern branches of the East African Rift. (Photo by Pascal Boegli /Getty Images) 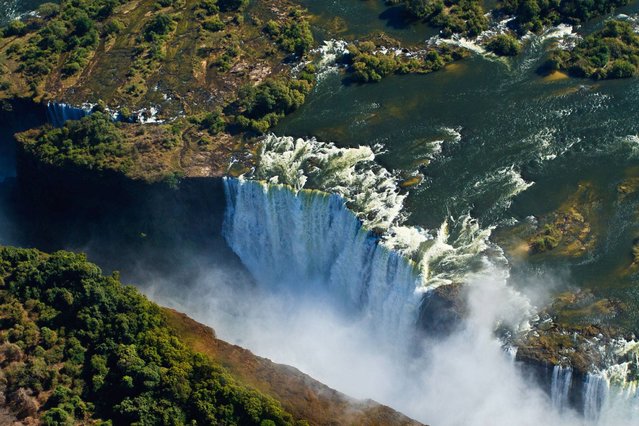 Victoria Falls (Zimbabwe/Zambia). Explorer David Livingstone named the waterfalls of the Zambezi River after Queen Victoria, but locals call them Mosi-oa-Tunya, meaning ‘the smoke that thunders’. Located on the border between Zimbabwe and Zambia, the falls plummet 108m, creating a mist that is visible from 20km away. The falls were formed some 200-150 million years ago, during the Jurassic or Upper Karoo Period when land masses forming South America, African, India, Australasia and Antarctica were one huge super-continent known as Gondwanaland. Tectonic activity was responsible for the break up of this huge continent causing volcanic eruptions and dramatically altering the landscape. Over time the falls acquired their current shape through steady water erosion. (Photo by Kelly Cheng Travel Photography/Getty Images) 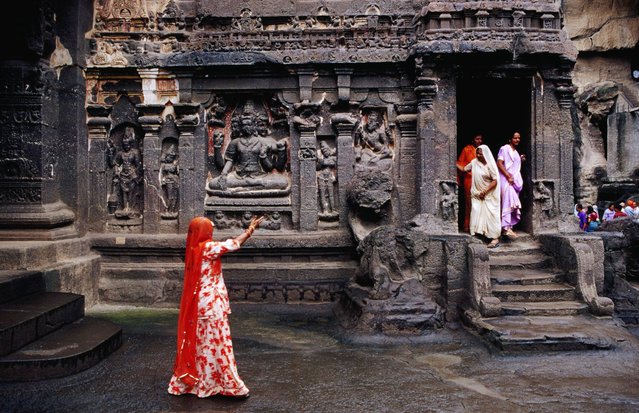 Kailasa Temple (India). The breathtaking Kailasa Temple is dedicated to the god Shiva, it’s the world’s largest monolithic sculpture, hewn from the rock by 7000 labourers over a 150-year period. (Photo by Richard I'Anson/Lonely Planet Images) 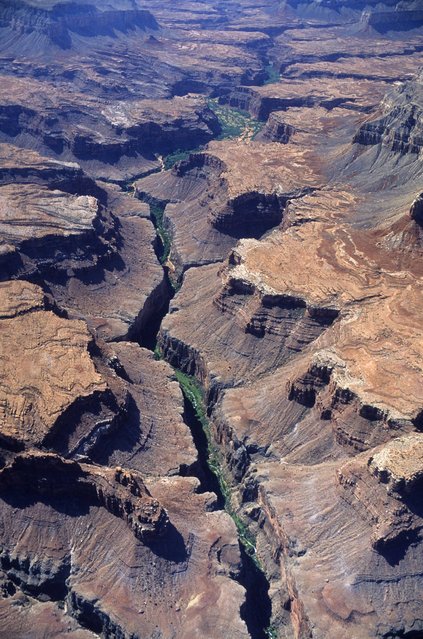 The Grand Canyon (USA). Layers of colour crack open the Colorado plateau, up to 1.6km deep and 29km wide in places. Its sheer immensity makes it one of the most impressive gorges in the world. (Photo by Roberto Soncin Gerometta/Lonely Planet Images) 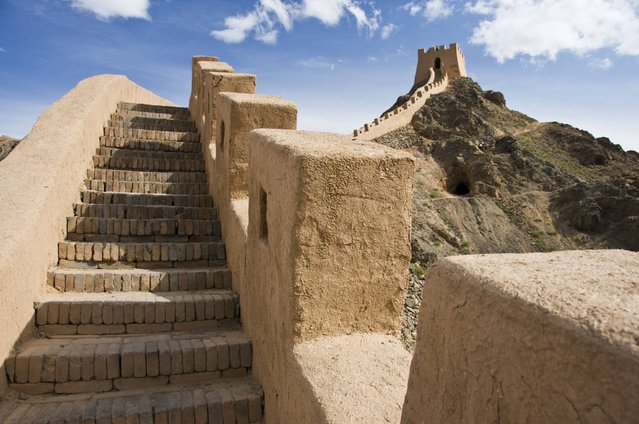 Great Wall Of China. The stone dragon weaves 6500km across mountaintops and plunges deep into canyons. But its magnificence hides its tumultuous history. (Photo by Tim Makins/Lonely Planet Images) 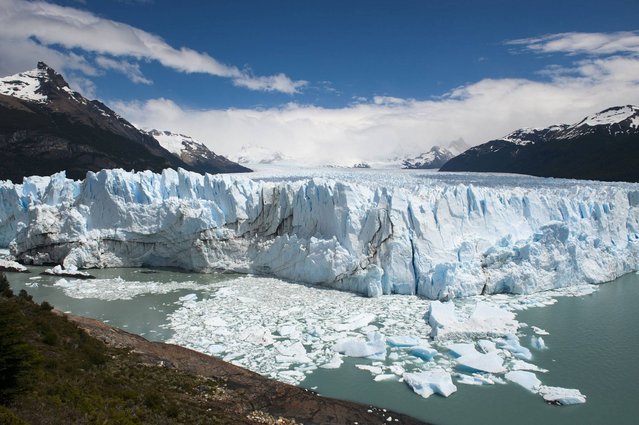 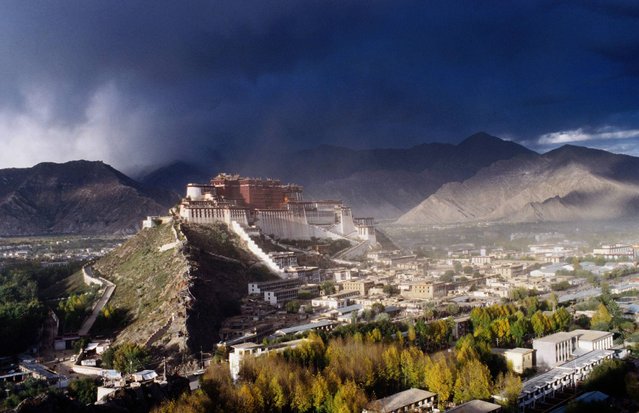 Potala Palace (Tibet). An architectural wonder and the spiritual home of the Dalai Lama, the World's highest palace - at 3700m rises 13 stories and contains more than 1000 rooms. The 13-storey building took thousands of labourers and artisans more than 50 years to complete. (Photo by Richard I'Anson/Lonely Planet Images) Great Blue Hole (Belize). 310m wide and 125m deep, this azure submarine sinkhole is a paradise for divers in search of crystal-clear water that hides treasures in its depths. When it first formed thousands of years ago, the sinkhole was not underwater. Scientists know this because stalactites exist inside the sinkhole, and yet stalactites cannot form underwater, only in dry air. (Photo by Tim Rock/Lonely Planet/Getty Images) 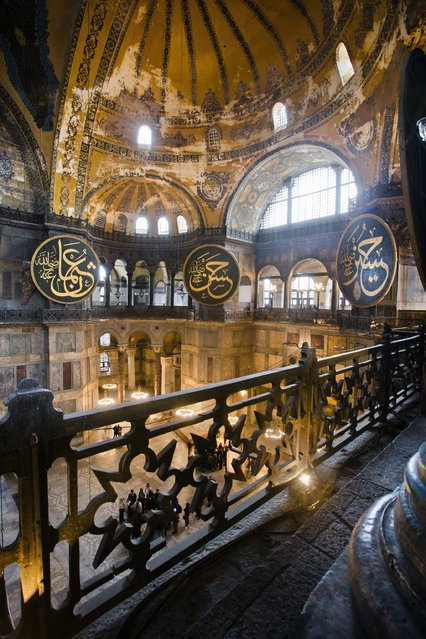 Hagia Sophia (Turkey). Cathedral, Mosque, Museum. The Hagia Sophia (Aya Sofya) has withstood the ravages of war and earthquakes as a testament to Istanbul's tumultuous past. The present building is the third incarnation of the Hagia Sophia. The first was built by Constantine the Great, the first Christian emperor, but it was destoyed along with its replacement in AD 532. The building reigned as the largest cathedral in the world for almost 1000 years. (Photo by Tim Barker/Lonely Planet Images) 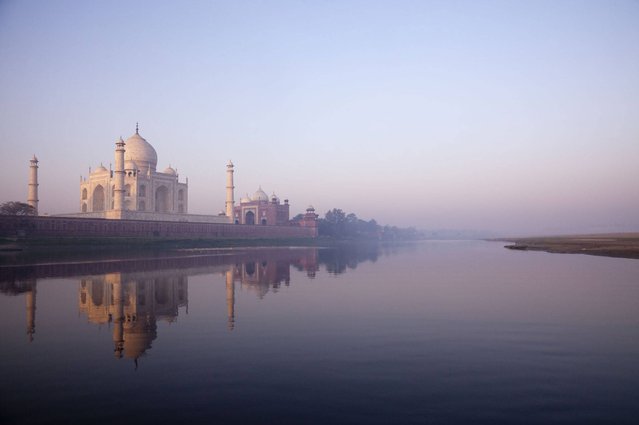 Taj Mahal (India). This marble-clad mausoleum, considered the most beautiful building in the world and said by its creator to have made the sun and moon shed tears, is the jewel in india’s crown. The Taj Mahal was built in the 17th century by the ruler of India’s Mughal Empire, Shah Jahan, after the death of his third wife Mumtaz Mahal. (Photo by Tony Burns/Lonely Planet Images)

Ngorongoro Crater (Tanzania). At 610m deep and 260 sq km, this is the largest unflooded caldera in the world. A blue-green vision from above it's a haven for engangered wildlife and Maasai livestock. The crater was formed three million years ago when a giant volcano, which could have been as high as Kilimanjaro, exploded and collapsed. The caldera formed the concentric fractures in the crust cracked down to a magma reservoir deep underground. (Photo by John Bryant/Getty Images) 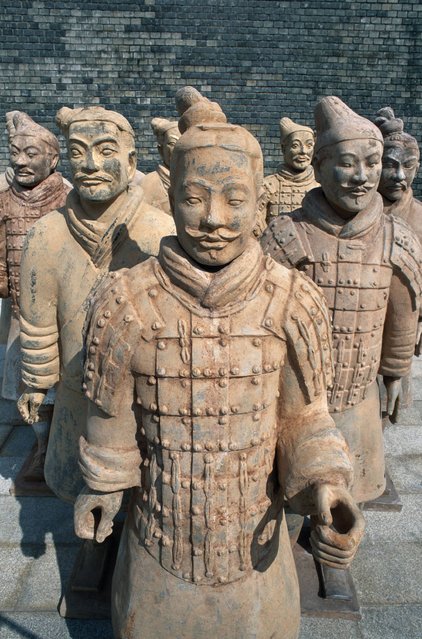 Terracotta Army (China). More than 8000 soldiers, 130 chariots and 670 horses form this vast, life-size clay army, protecting China's first emperor in the afterlife. During the 3rd century BC, Emperor Qin Shi Huang commissioned the army over the millennia hidden away underground they were forgotten about. Their discovery was entirely accidental. In March 1974, some peasants hit something hard. As they dug around the object, they unearthed a decapitated head made of terracotta pottery. They called the authorities who uncovered the vast army beneath the ground. (Photo by Ingo Jezierski/Getty Images)
Edit Del
28 Mar 2014 08:08:00, post received 0 comments
Publication archive:
←   →
Popular tags:
All tags
Last searches: