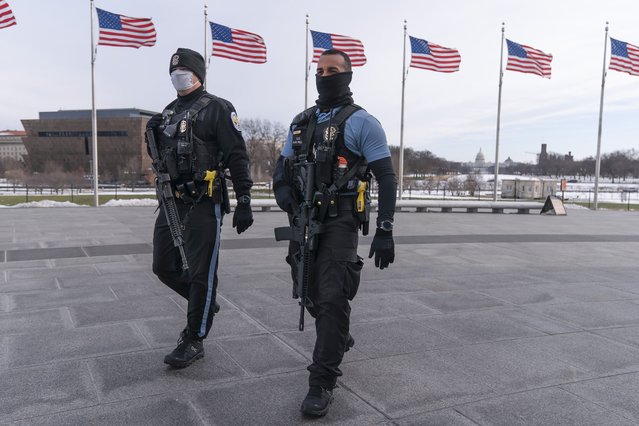 A year after the attack on the U.S. Capitol, U.S. Park Police patrol the National Mall, with the Capitol in the background, in Washington on January 6, 2022. Thursday marks the first anniversary of the Capitol insurrection, a violent attack that has fundamentally changed Congress and prompted widespread concerns about the future of American democracy. (Photo by Jacquelyn Martin/AP Photo) 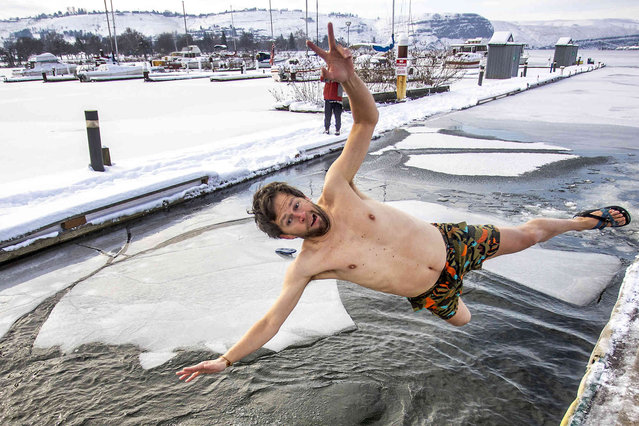 Carey Williams leaps into the icy waters of the Snake River for the 2022 Polar Plunge at the Hells Gate Marina on Saturday, January 1, 2022, in Clarkston, Wash. (Photo by August Frank/Lewiston Tribune via AP Photo) 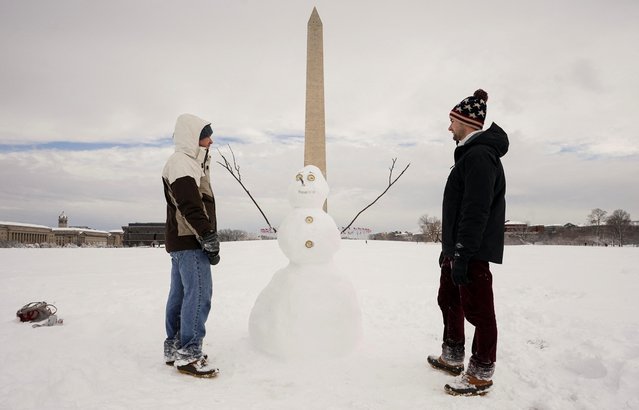 A snowman is seen built in front of the Washington Monument amidst heavy snow in Washington, U.S., January 3, 2022. (Photo by Kevin Lamarque/Reuters) 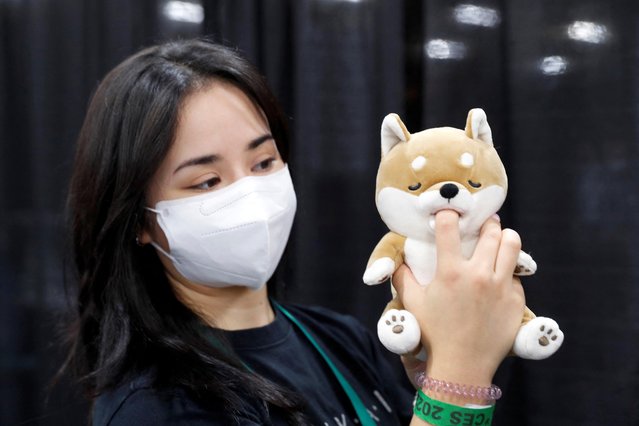 Amagami Ham Ham, a therapeutic robot that nibbles on your finger to provide comforting effects, is displayed during CES Unveiled, a media preview event, at CES 2022 in Las Vegas, Nevada, U.S. January 3, 2022. (Photo by Steve Marcus/Reuters) 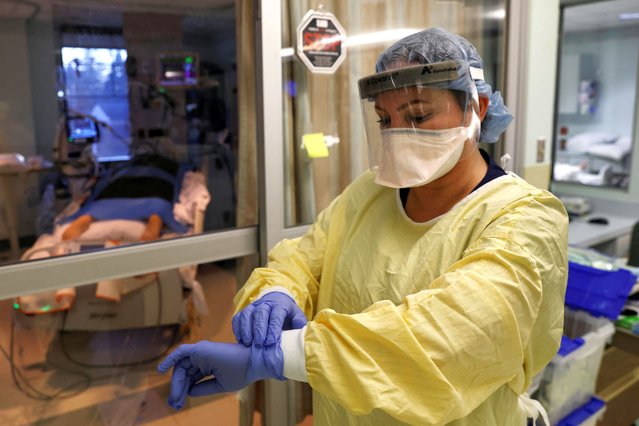 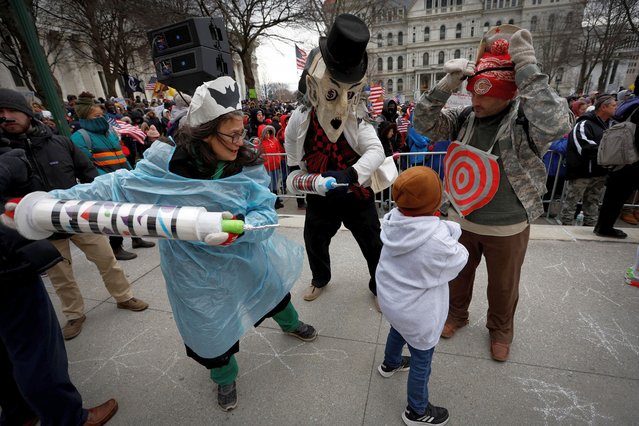 People in costumes holding syringe props pretend to jab a child as protestors demonstrate against mandates for the vaccines against the coronavirus disease (COVID-19) as they rally outside the New York State Capitol in Albany, New York, U.S., January 5, 2022. (Photo by Mike Segar/Reuters) 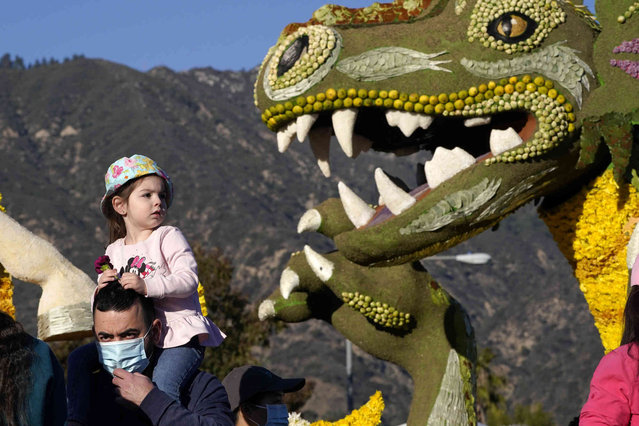 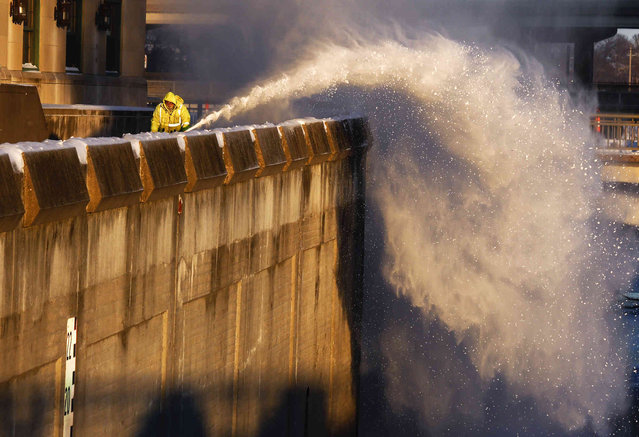 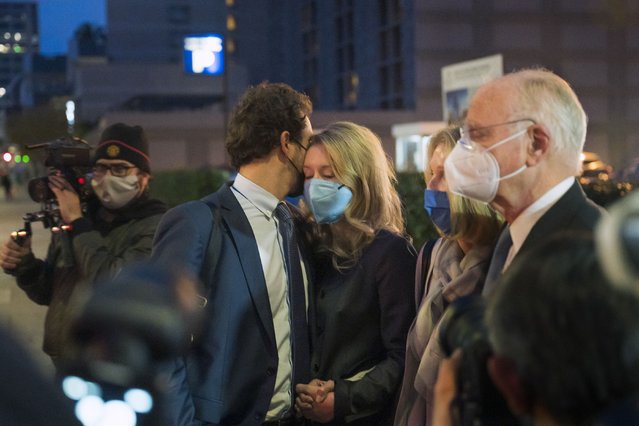 Elizabeth Holmes is consoled by her partner, Billy Evans, after leaving federal court after the verdict in San Jose, Calif., Monday, January 3, 2022. Holmes was convicted of fraud for turning her blood-testing startup Theranos into a sophisticated sham that duped billionaires and other unwitting investors into backing a seemingly revolutionary company whose medical technology never worked as promised. (Photo by Nic Coury/AP Photo) 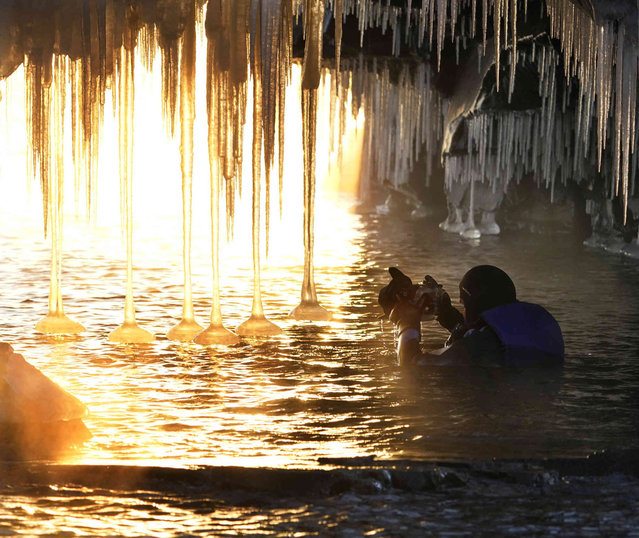 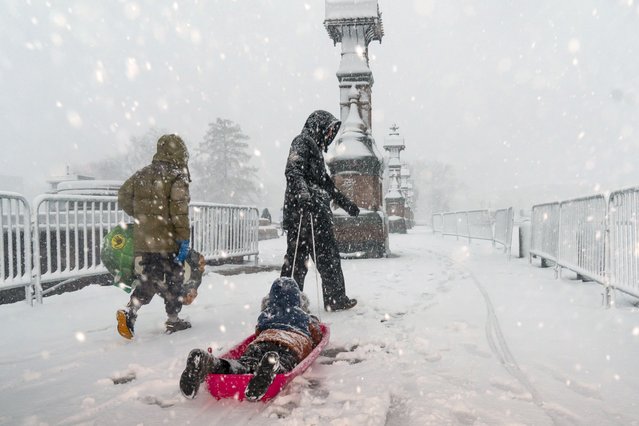 A kid is pulled on a sled as a winter storm delivers heavy snow to the Capitol in Washington, Monday, January 3, 2022. (Photo by J. Scott Applewhite/AP Photo) 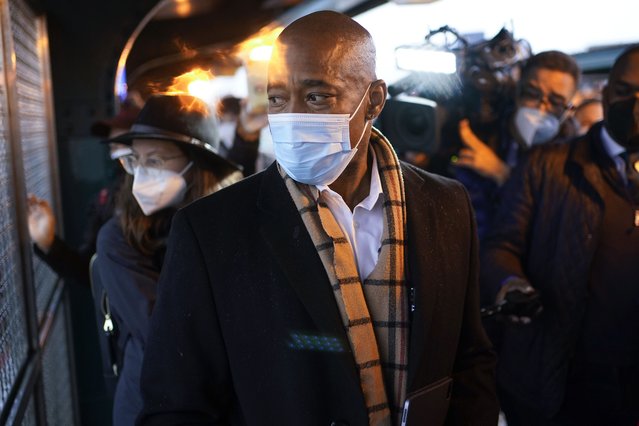 New York City Mayor Eric Adams looks at a fight on the street while waiting for the subway to City Hall on his first day in office in New York, Saturday, January 1, 2022. Adams called the police to report an assault in progress. (Photo by Seth Wenig/AP Photo) 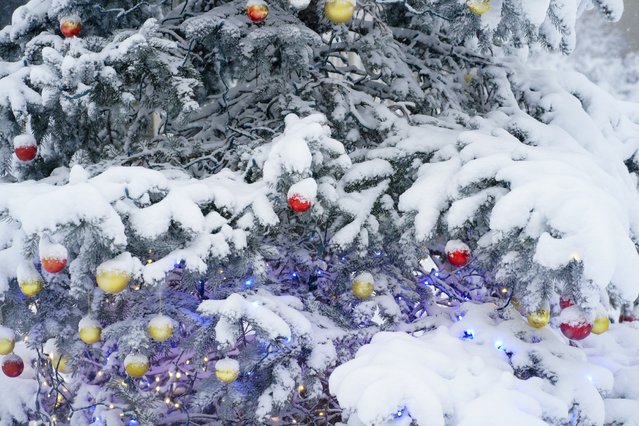 Snow covers a tree decorated for the holiday season on January 3, 2022 in Takoma Park, MD. Four to eight inches are expected in the area. (Photo by Bonnie Jo Mount/The Washington Post) 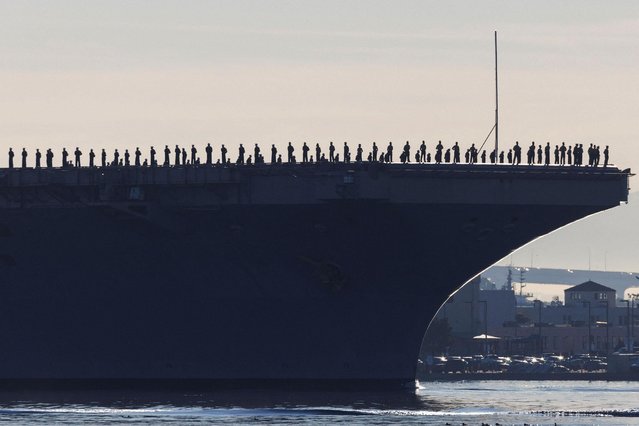 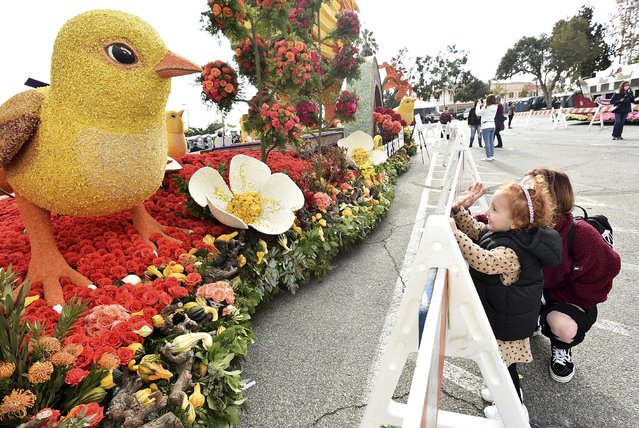 The UPS Store, Inc. won the Sweepstakes Award at the 133rd Annual Rose Parade on Saturday, Jan. 1, 2022 in Pasadena, Calif., for the float, “Rise, Shine & Read!”, earning the top award for three consecutive years. As the official Literacy Partner, The UPS Store float celebrates the transformative effect of childhood literacy through its partnership with the Toys for Tots Literacy Program. (Photo by Jordan Strauss/AP Images for The UPS Store) 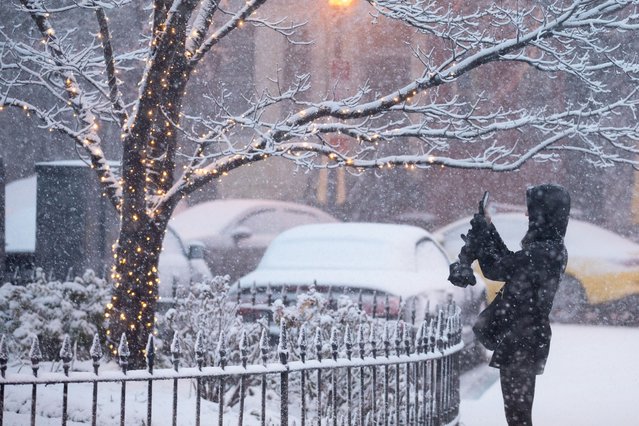 A person takes a photo in the snow near Logan Circle in Washington, D.C. on Monday, January 3, 2022. (Amanda Andrade-Rhoades/For The Washington Post) 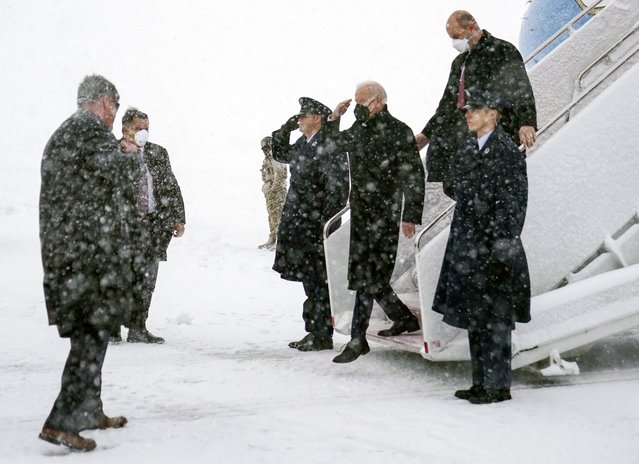 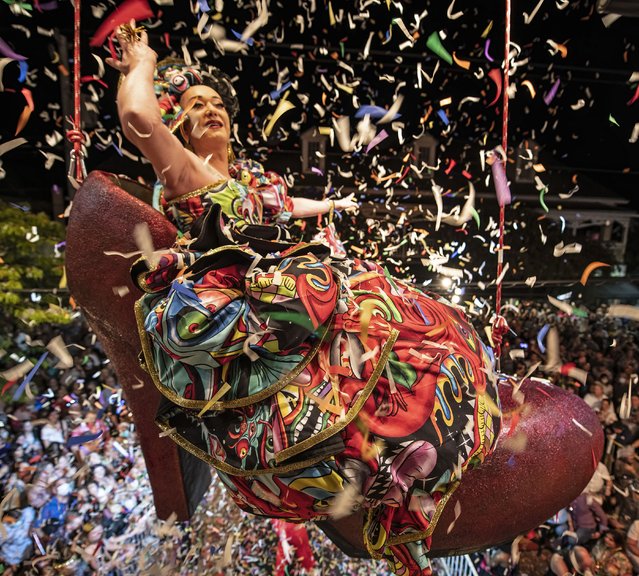 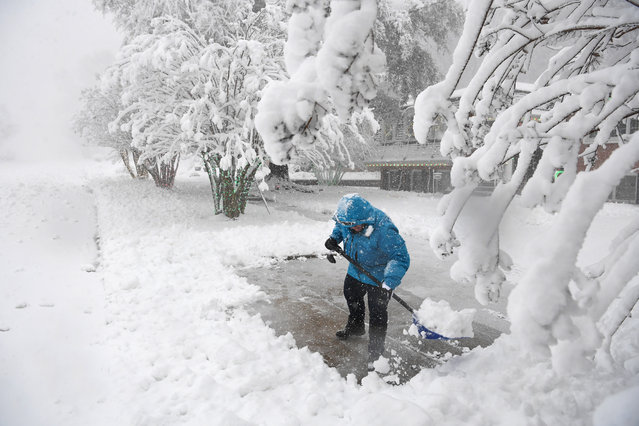 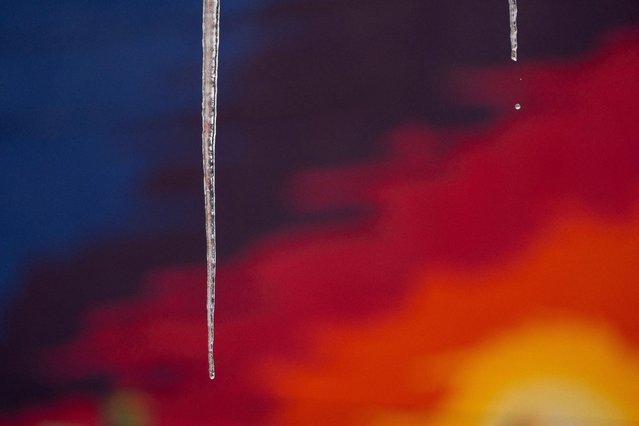