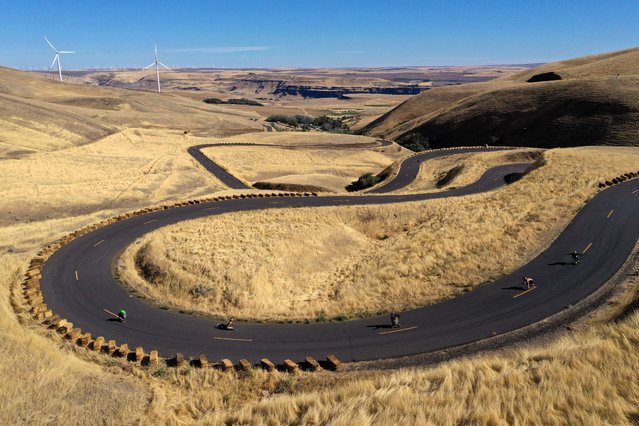 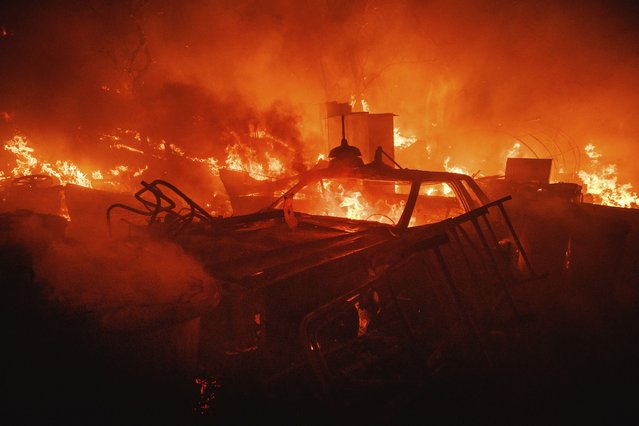 A vehicle burns at a property ravaged from the Fairview Fire Monday, September 5, 2022, near Hemet, Calif. (Photo by Ethan Swope/AP Photo) 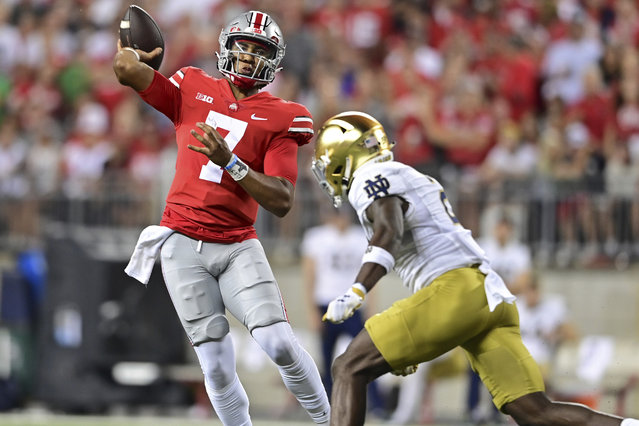 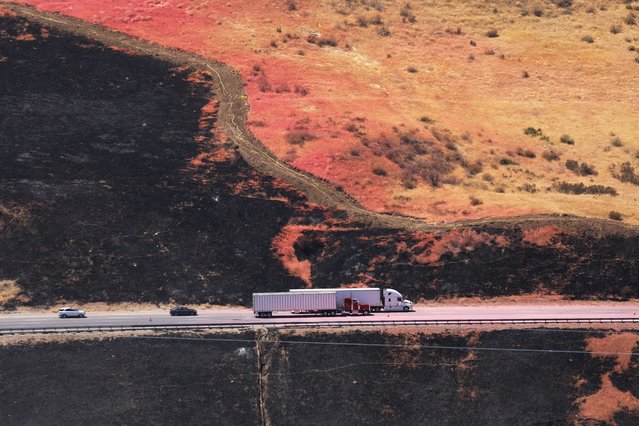 Traffic crawls on the I-5 in the burn scar of the Route Fire near Castaic, California, U.S., September 1, 2022. (Photo by David Swanson/Reuters) 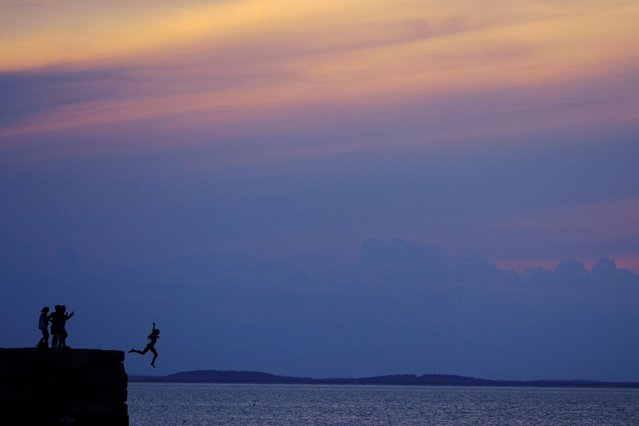 Kids jump off the breakwater into the ocean at at sunset on the Labor Day holiday weekend at Lane's Cove in Gloucester, Massachusetts, U.S., September 4, 2022. (Photo by Brian Snyder/Reuters) 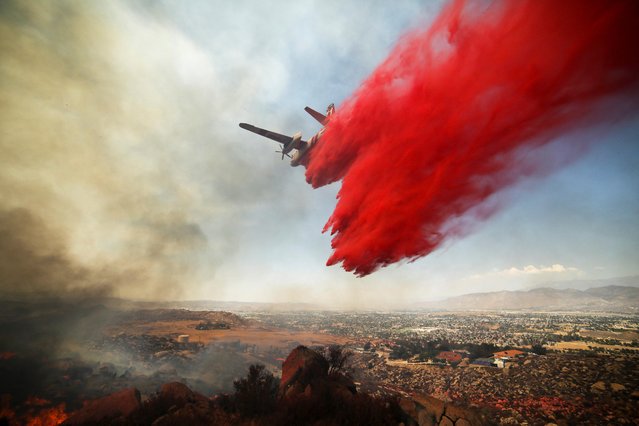 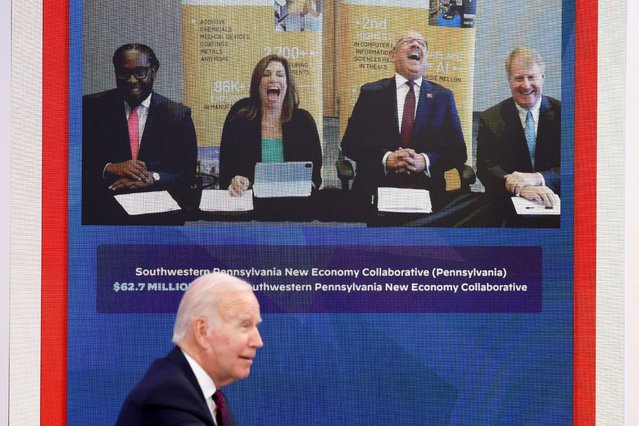 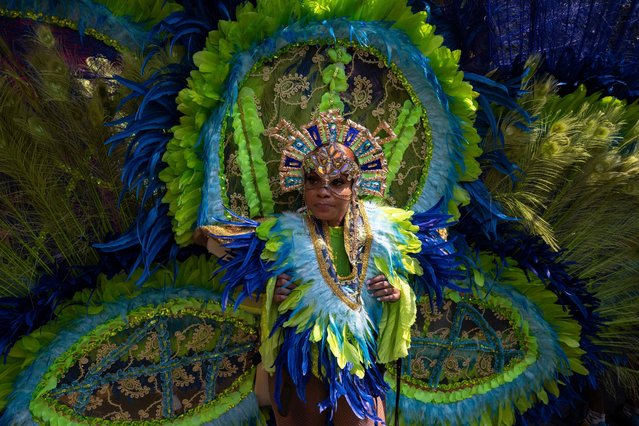 A participant in costume walks during the West Indian Day Parade, Monday, September 5, 2022, in the Brooklyn borough of New York. (Photo by Yuki Iwamura/AP Photo) 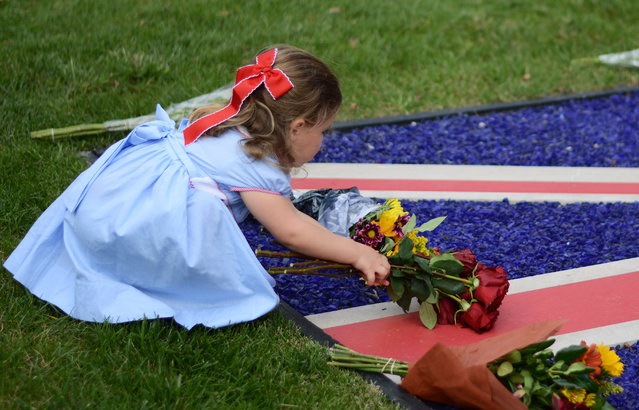 Three-year-old India Rogers leaves flowers at the British embassy in Washington, D.C, September 8, 2022, following the announcement of the death of Queen Elizabeth II. The queen died today at age 96 after 7 decades of a symbolic but stable leadership. (Photo by Astrid Riecken For The Washington Post) 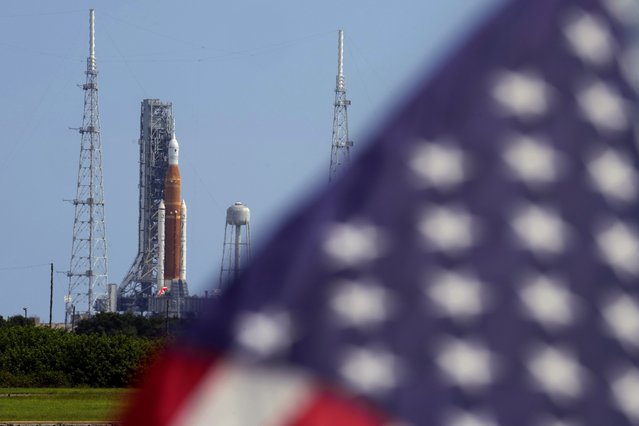 An American flag flies in the breeze as NASA's new moon rocket sits on Launch Pad 39-B after being scrubbed at the Kennedy Space Center Saturday, September 3, 2022, in Cape Canaveral, Fla. This is scheduled to be the first flight of NASA's 21st-century moon-exploration program, named Artemis after Apollo's mythological twin sister. (Photo by Chris O'Meara/AP Photo) 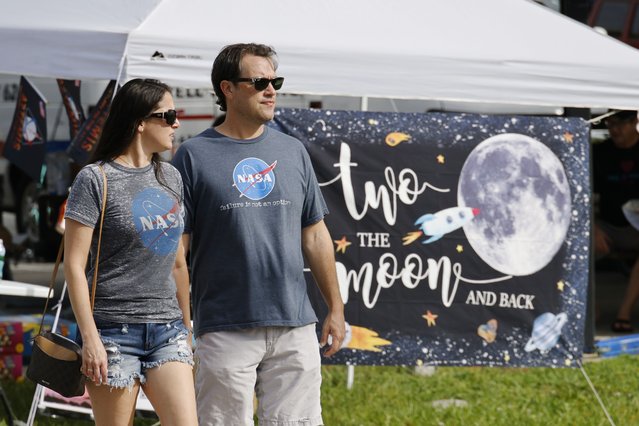 Spectators walk near the Max Brewer Bridge after arriving to view the the NASA Moon Rocket launch from Pad 39B at the Kennedy Space Center, Titusville, Fla., Saturday, September 3, 2022. (Photo by Terry Renna/AP Photo) 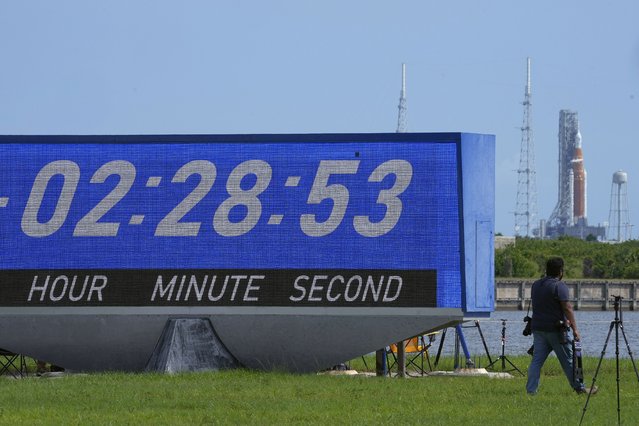 The countdown clock is stopped as NASA's new moon rocket sits on Launch Pad 39-B after the launch was scrubbed at the Kennedy Space Center Saturday, September 3, 2022, in Cape Canaveral, Fla. (Photo by Chris O'Meara/AP Photo) 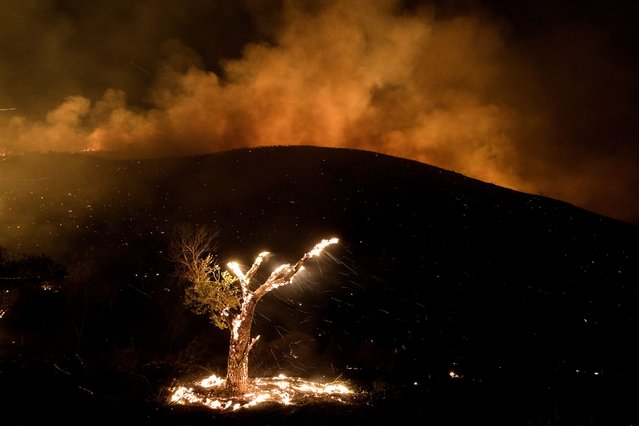 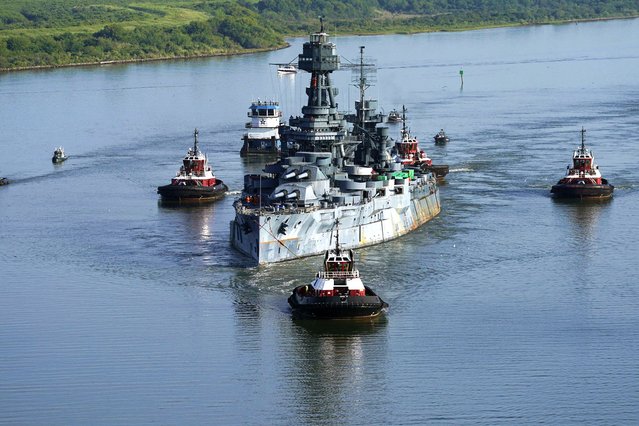 The USS Texas is towed down the Houston Ship Channel, Wednesday, August 31, 2022, in Baytown, Texas. The vessel, which was commissioned in 1914 and served in both World War I and World War II, is being towed to a dry dock in Galveston where it will undergo an extensive $35 million repair. (Photo by David J. Phillip/AP Photo) 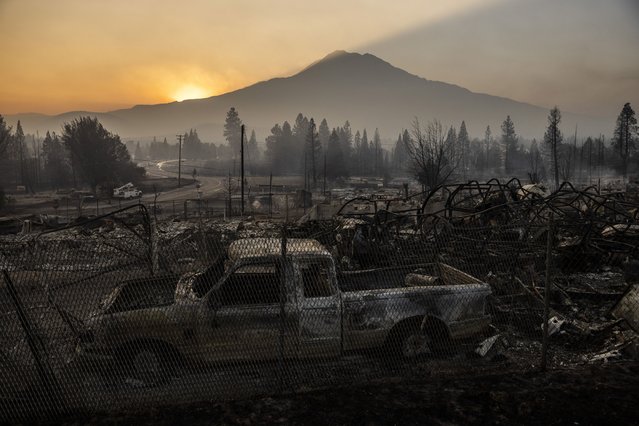 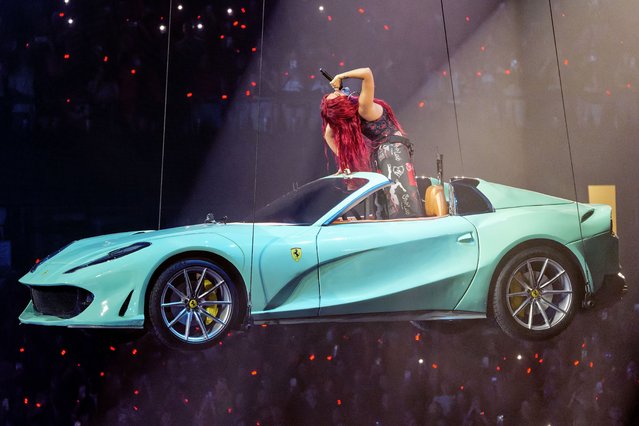 Colombian singer-songwriter Karol G performs during the opening night of her “Strip Love” tour at the Allstate Arena on Tuesday, September 6, 2022, in Rosemont, Ill. (Photo by Rob Grabowski/Invision/AP Photo) 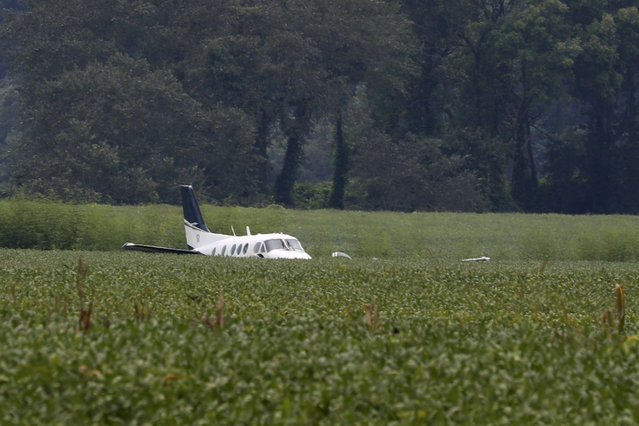 A stolen airplane rests in a field of soybeans after crash-landing near Ripley, Miss., on Saturday, September 3, 2022. Authorities say a man who stole a plane and flew it over Mississippi after threatening to crash it into a Walmart store faces charges of grand larceny and terroristic threats. Tupelo Police Chief John Quaka said Cory Wayne Patterson didn't have a pilot's license but had some flight instruction and was an employee of Tupelo Aviation. (Photo by Nikki Boertman/AP Photo) 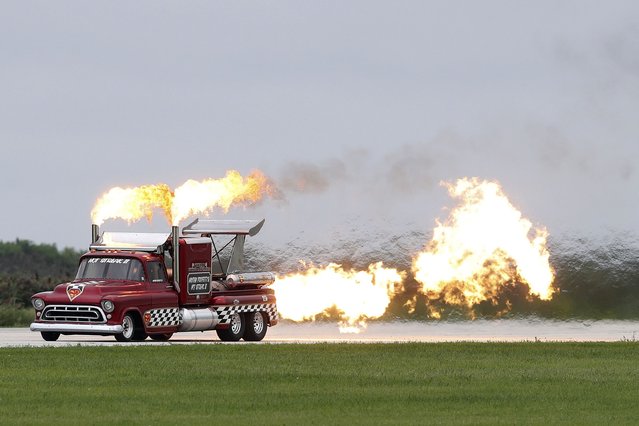 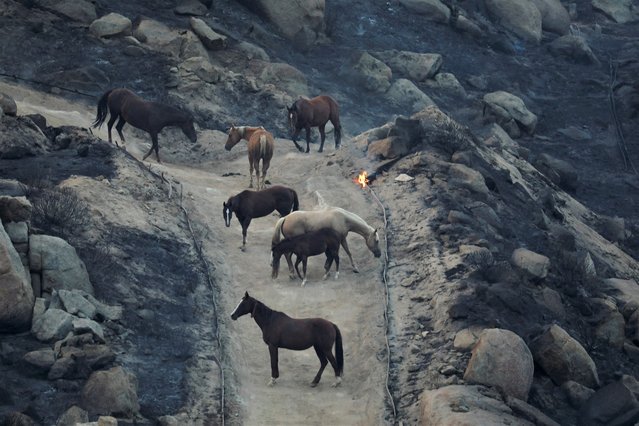 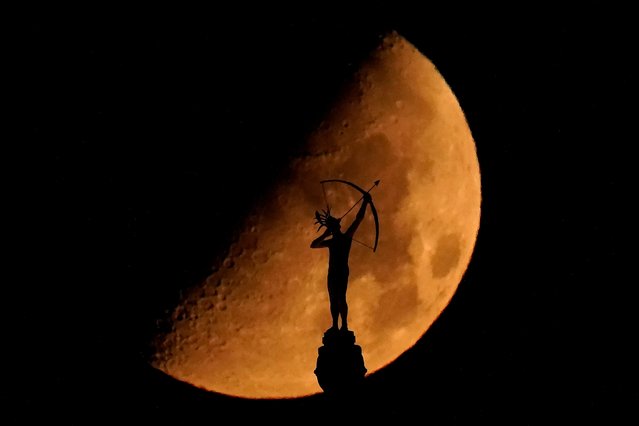