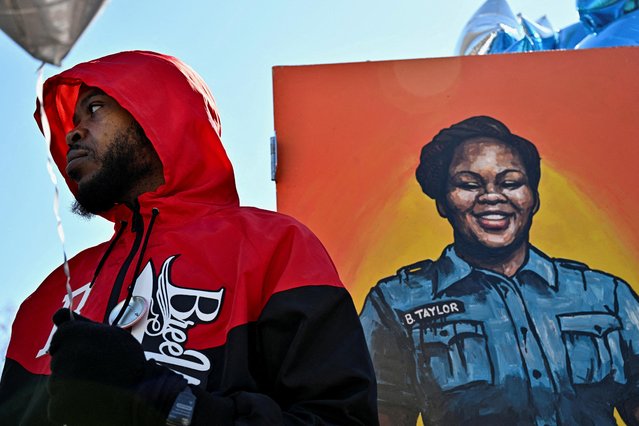 Kenneth Walker III, the boyfriend of Breonna Taylor, stands next to a painting of her at a gathering to mark two years since police officers shot and killed Breonna Taylor when they entered her home, at Jefferson Square Park in Louisville, Kentucky, U.S., March 13, 2022. (Photo by Jon Cherry/Reuters) 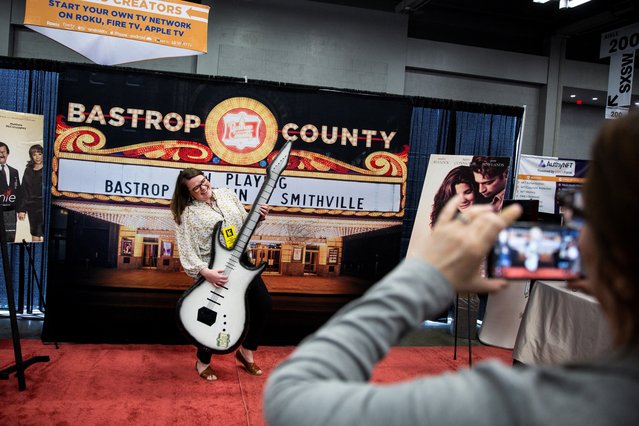 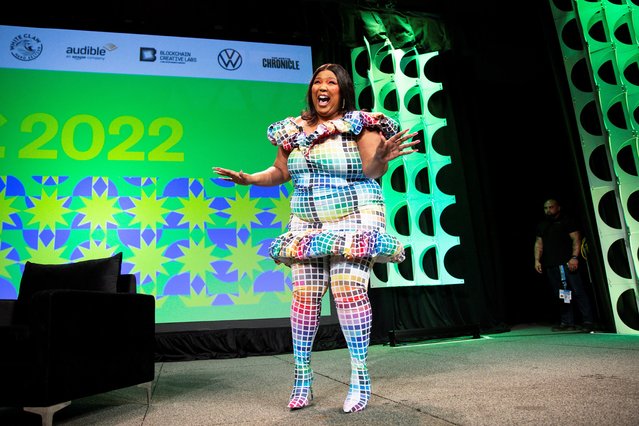 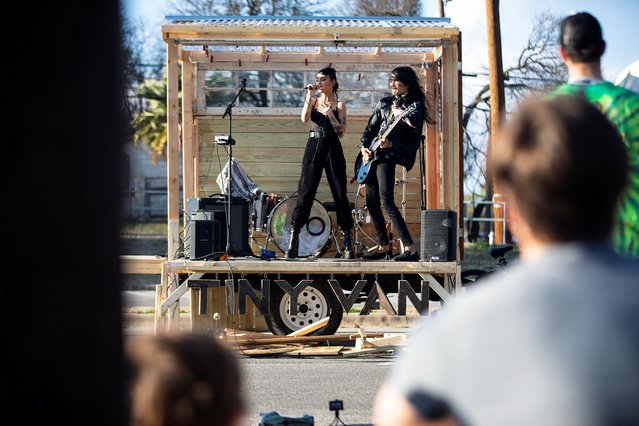 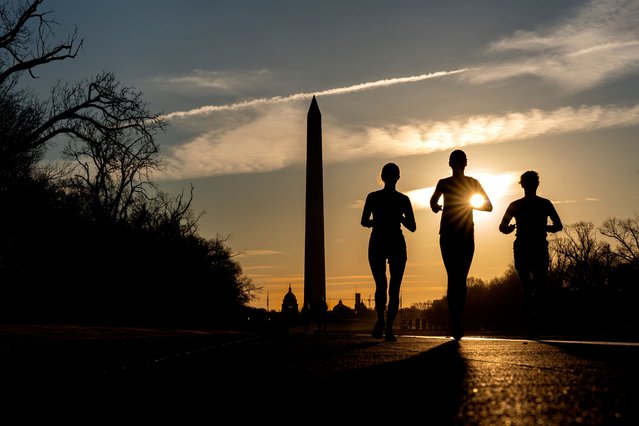 People run along the National Mall at sunrise in Washington, DC, on March 15, 2022. (Photo by Stefani Reynolds/AFP Photo) 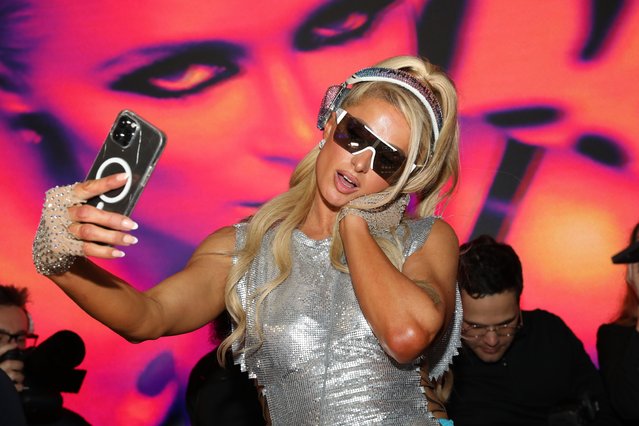 American media personality Paris Hilton performs an exclusive DJ set at The Sandbox's “Enter The Metaverse” event during SXSW at Green Light Social on March 15, 2022 in Austin, Texas. (Photo by Rick Kern/Getty Images for The Sandbox) 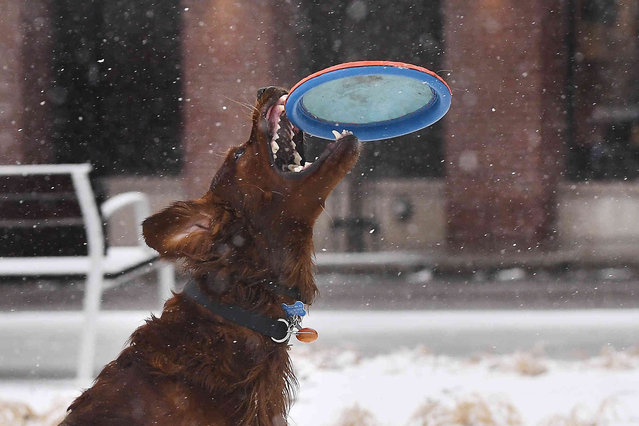 A dog named Gilroy catches a frisbee thrown by his owner Jason Meyers of Burlington during a snowstorm, Saturday, March 12, 2022, in Burlington, Vt. A late winter storm blowing into the northeastern United States on Saturday had forecasters warning of snow and high winds after the system brought wintry conditions to southern states. (Photo by Jessica Hill/AP Photo) 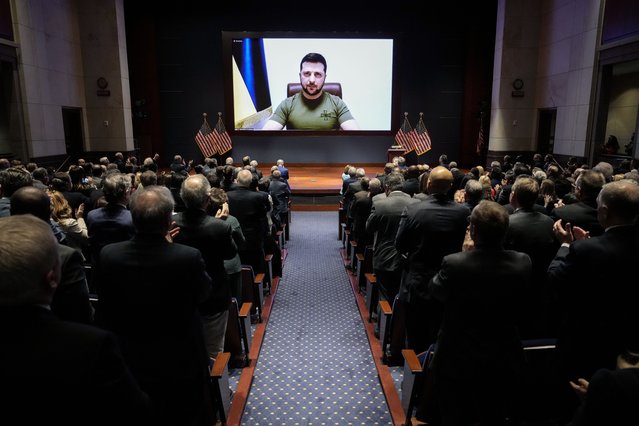 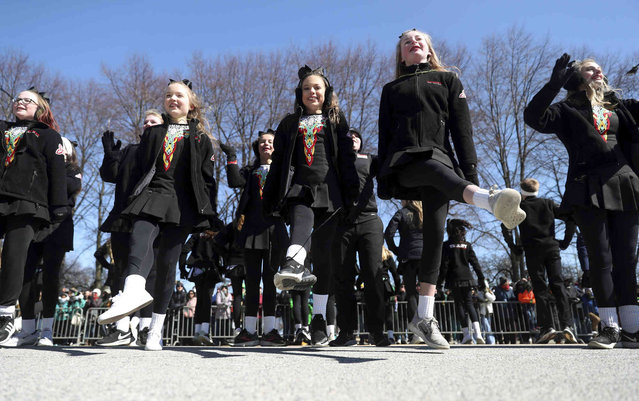 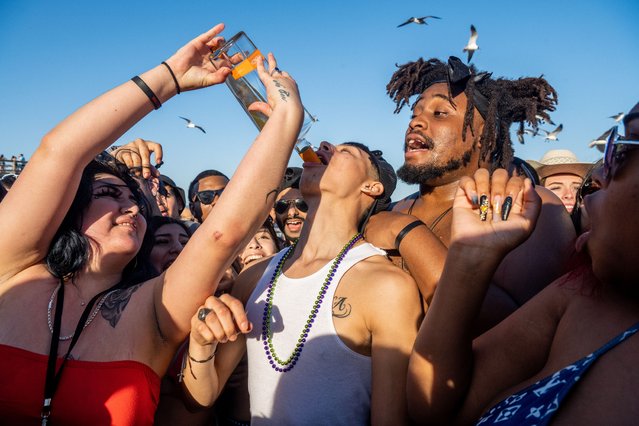 College students party at the beach during the South Padre Spring Break tradition on March 16, 2022 in South Padre Island, Texas. The South Texas island is one of the top Spring Break destinations in Texas and attracts students from all over the country. (Photo by Brandon Bell/Getty Images) 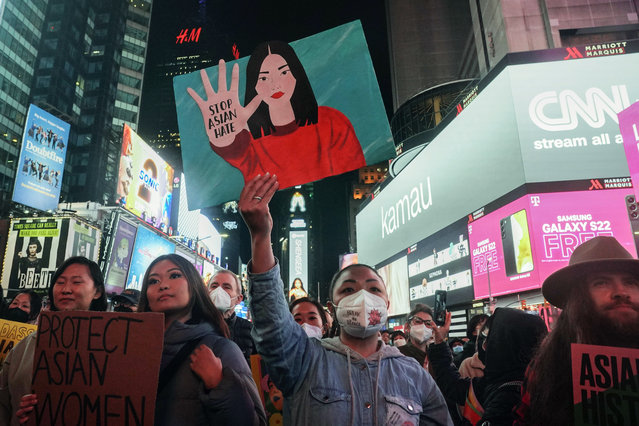 Members and supporters of Asian American and Pacific Islander communities hold a rally to acknowledge the one year anniversary of the Atlanta spa shootings, Wednesday March 16, 2022, in New York. (Photo by Bebeto Matthews/AP Photo) 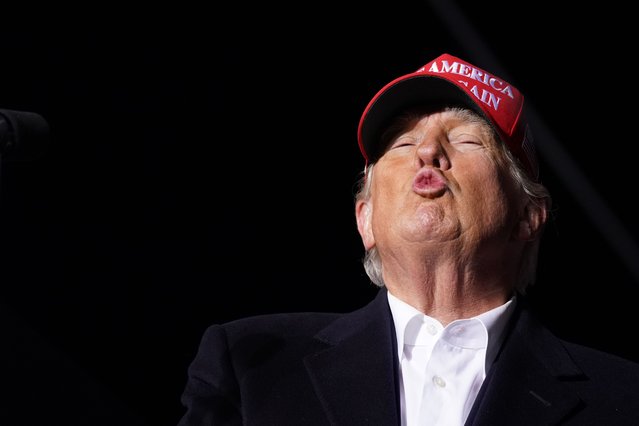 Former US President Donald Trump blows a kiss to the crowd during a rally at the Florence Regional Airport on March 12, 2022 in Florence, South Carolina. Todays visit by Trump is his first rally in South Carolina since his election loss in 2020. (Photo by Sean Rayford/Getty Images) 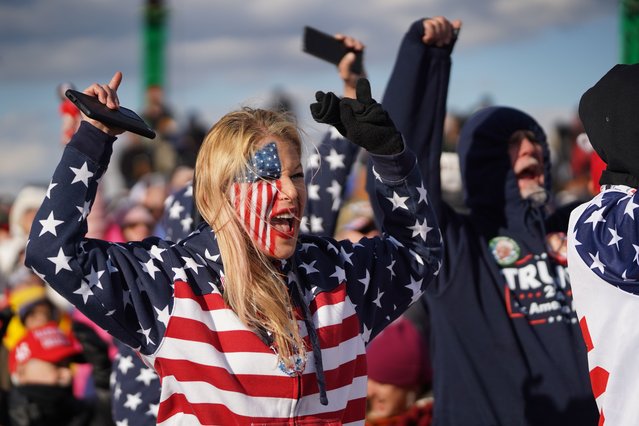 Supporters of former U.S. President Donald Trump cheer during his rally at the Florence Regional Airport on March 12, 2022 in Florence, South Carolina. The visit by Trump is his first rally in South Carolina since his election loss in 2020. (Photo by Sean Rayford/Getty Images) 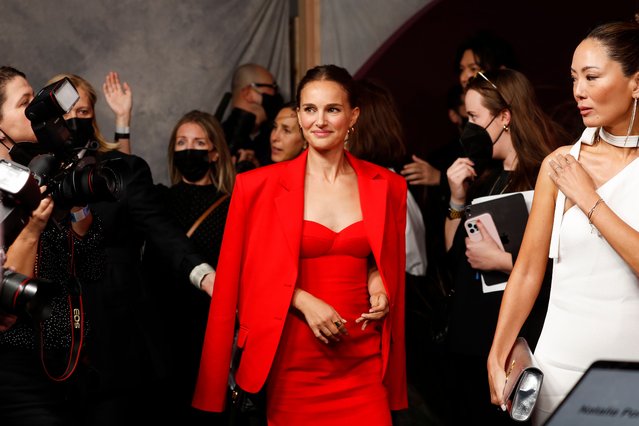 Israeli-American actress Natalie Portman (C) arrives on the red carpet for the premiere of Apple's “Pachinko” at the Academy Museum of Mot​ion Pictures in Los Angeles, California, USA, 16 March 2022. (Photo by Caroline Brehman/EPA/EFE) 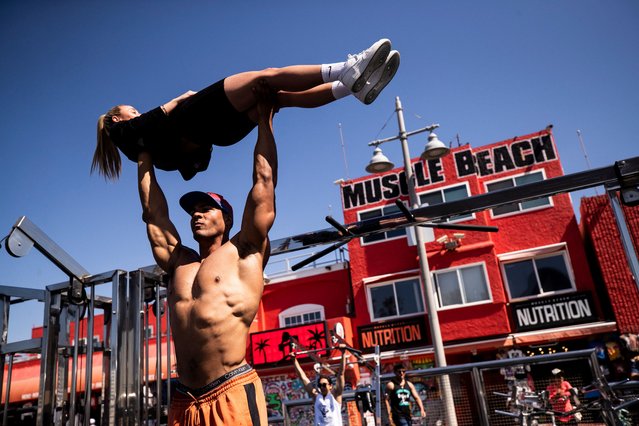 Bodybuilder Ike Catcher lifts a tourist in the air at Muscle Beach in Venice, California, USA, 14 March 2022. Muscle Beach reope​ned today after being closed because of the Covid-19 pandemic. (Photo by Etienne Laurent/EPA/EFE) 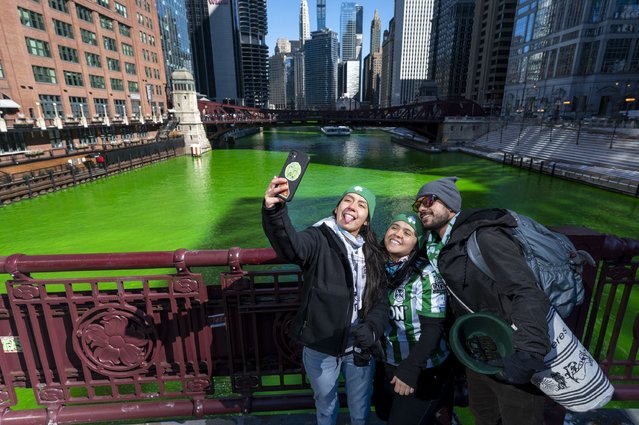 A group of people take a selfie with the dyed green Chicago River in the background at the LaSalle Street Bridge, Saturday, March 12, 2022, ahead of St. Patrick's Day on Thursday. (Photo by Tyler Pasciak LaRiviere/Chicago Sun-Times via AP Photo) 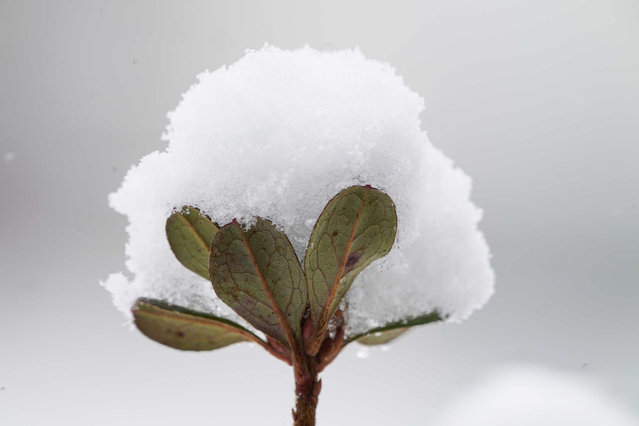 Snow accumulation is seen on a plant, Saturday, March 12, 2022, in Lutherville-Timonium, Md. Much of the northeast is experiencing a late winter storm dropping snow and high winds. (Photo by Julio Cortez/AP Photo) 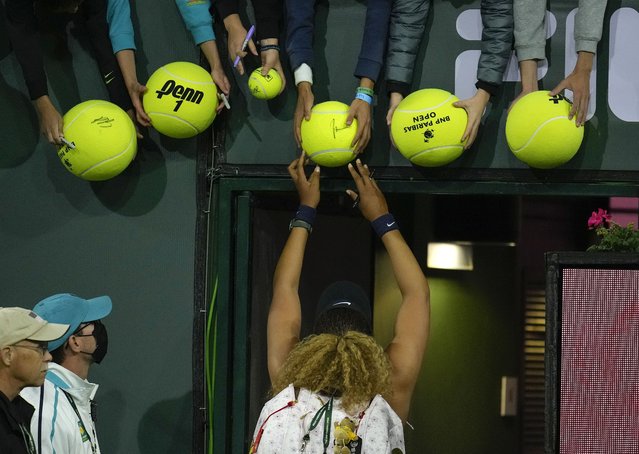 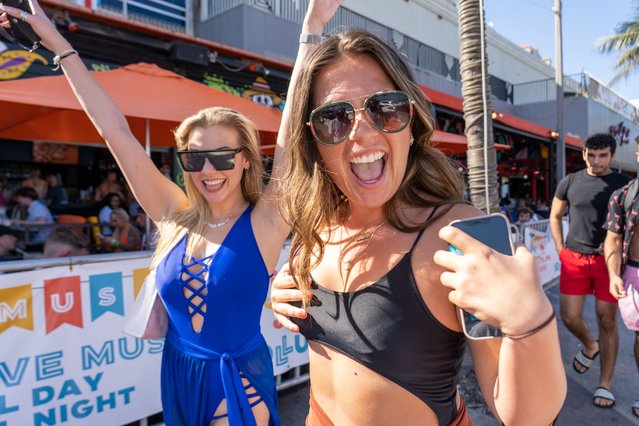 Bikini-clad students pack out the beaches in Florida on March 15, 2022. Thousands students have hit the sandy stretches of Miami to soak up the warm weather as American universities break up for half-term. (Photo by Splash News and Pictures) 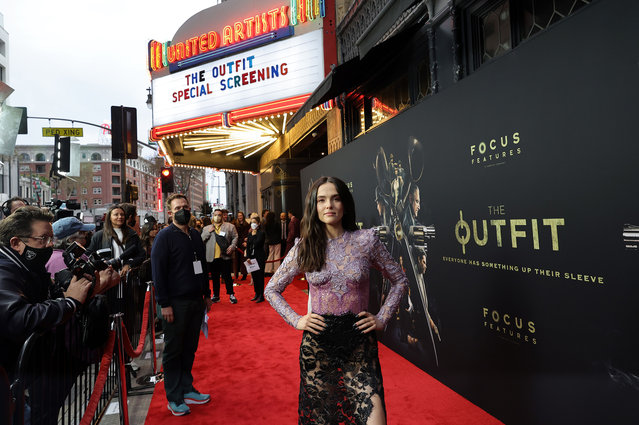 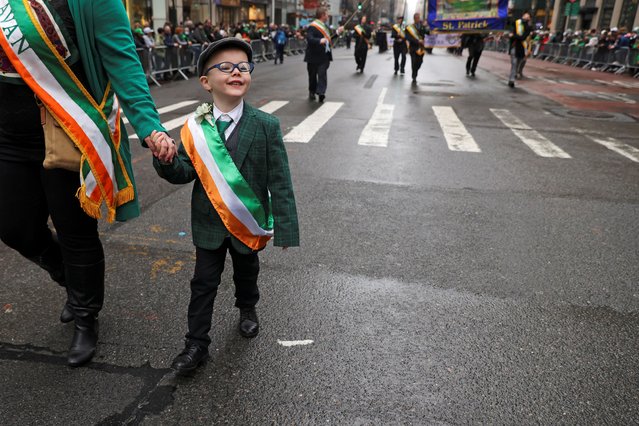