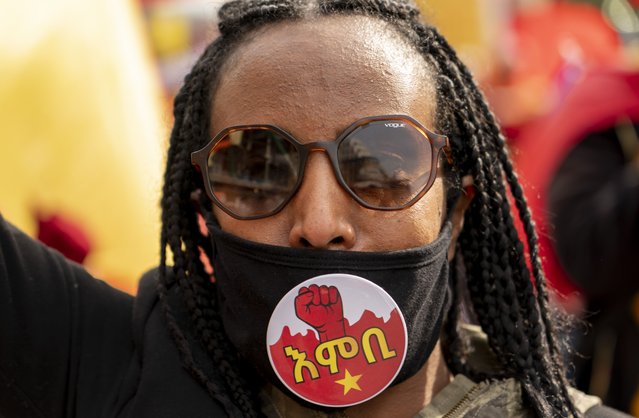 A woman participates in a protest march to mark a year since Ethiopia Prime Minister Abiy Ahmed's administration started fighting against the Tigray, the northernmost region in Ethiopia, in Washington, Thursday, November 4, 2021. (Photo by Gemunu Amarasinghe/AP Photo) 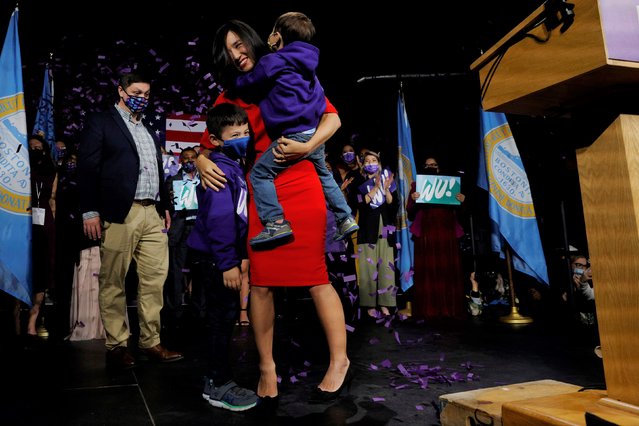 Michelle Wu hugs her children Cass and Blaise after winning her race for Mayor of Boston, to become the first woman and first person of color to be elected to the office, in Boston, Massachusetts, U.S., November 2, 2021. (Photo by Brian Snyder/Reuters) 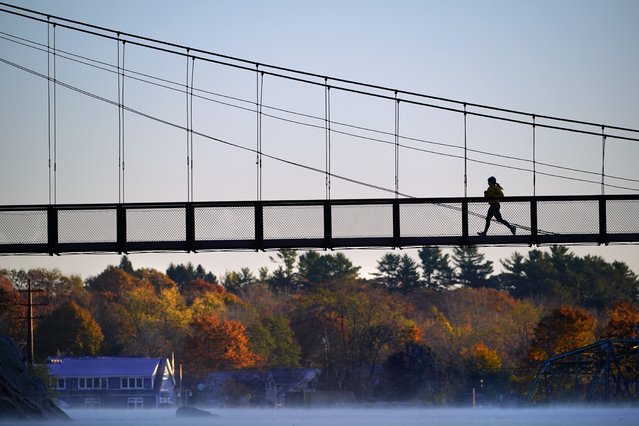 A jogger crosses the Swinging Bridge over the Androscoggin River on a frosty autumn morning, Thursday, November 4, 2021, in Brunswick, Maine. (Photo by Robert F. Bukaty/AP Photo) 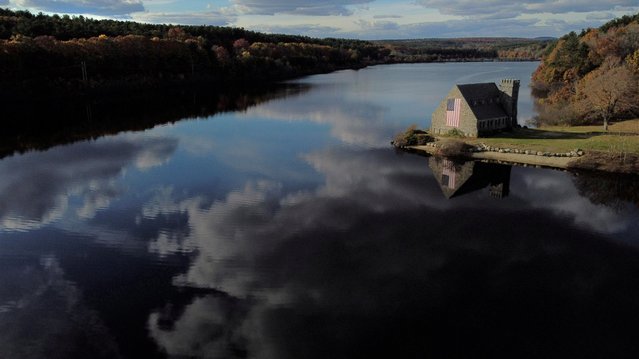 An American flag hangs on the Old Stone Church, built in 1891, originally part of a town lost in the creation of the Wachusett Reservoir, amid fall foliage colors on trees in West Boylston, Massachusetts, U.S., November 4, 2021. Picture taken with a drone. (Photo by Brian Snyder/Reuters) 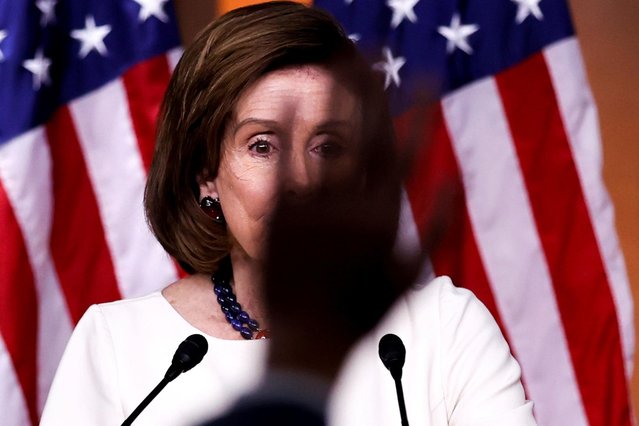 A reporter raises their hand to ask a question as U.S. House Speaker Nancy Pelosi (D-CA) holds her weekly news conference at the U.S. Capitol in Washington, U.S. November 4, 2021. (Photo by Jonathan Ernst/Reuters) 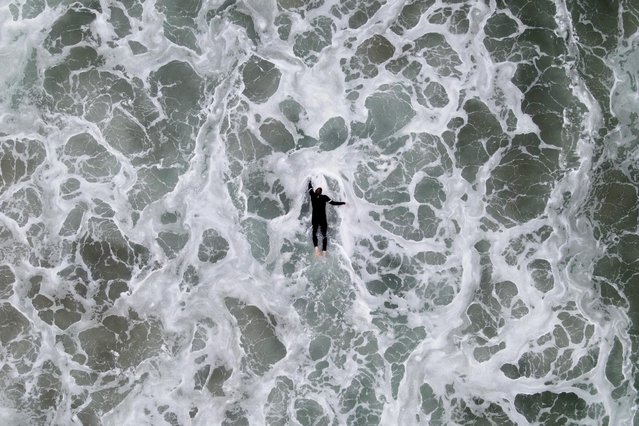 A surfer takes to the waves about a month after an oil spill closed Huntington Beach, California, U.S., November 4, 2021. (Photo by David Swanson/Reuters) 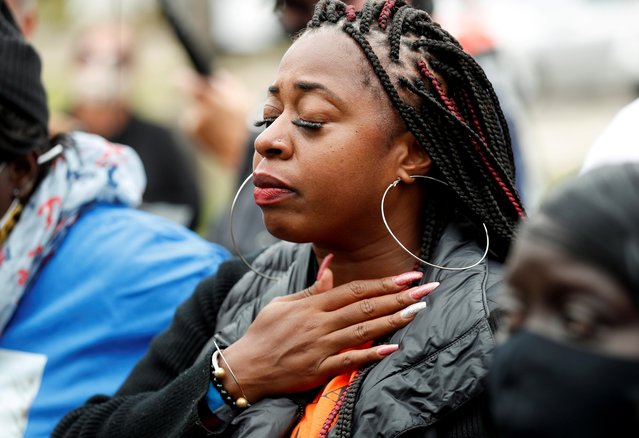 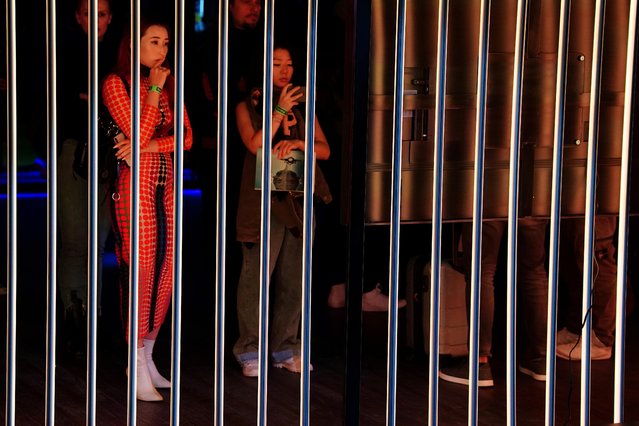 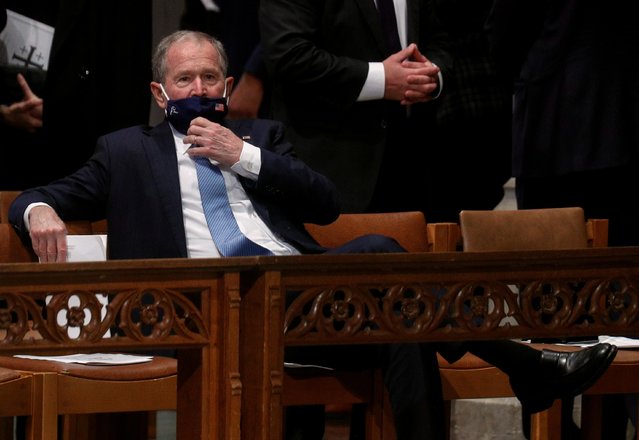 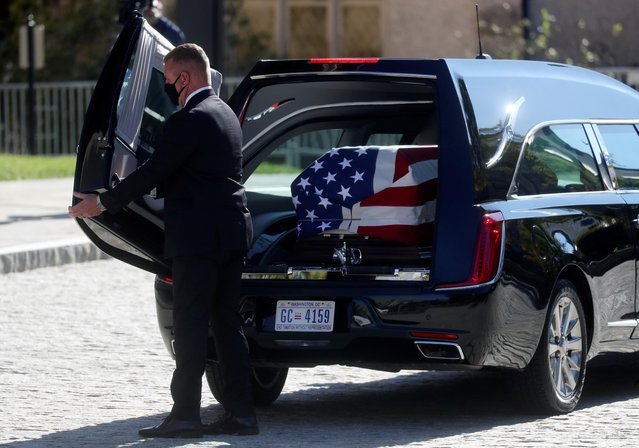 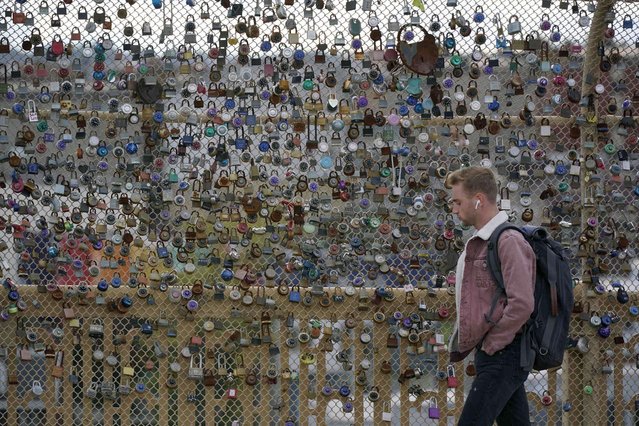 Padlocks cover the fence on the Love Bridge in the Oakland neighborhood of Pittsburgh, Wednesday, November 3, 2021. (Photo by Gene J. Puskar/AP Photo) 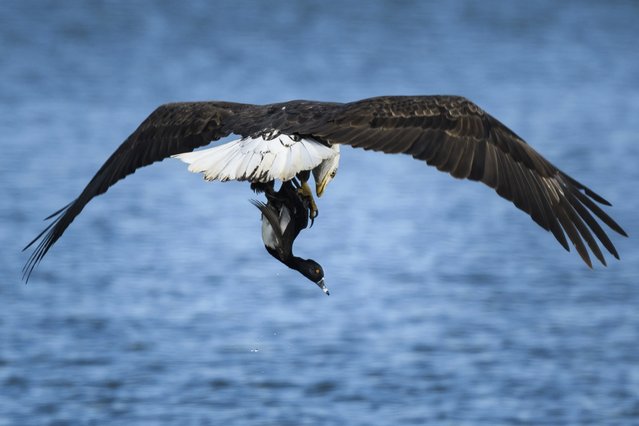 An unlucky ring-necked duck was plucked from a lake by an adult bald eagle, Wednesday, November 3, 2021 in Olathe, Kan. (Photo by Reed Hoffmann/AP Photo) 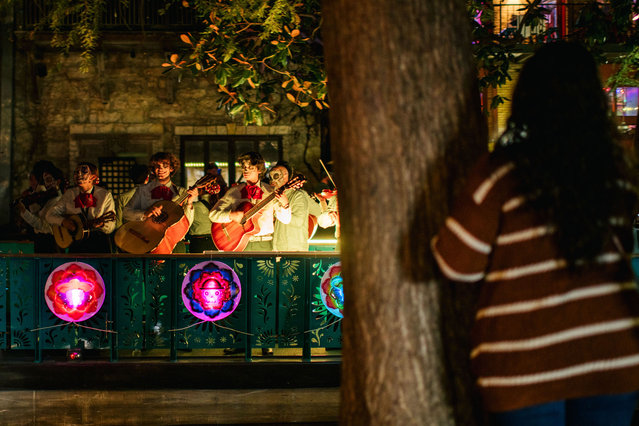 A woman watches a Mariachi band play aboard a float during the Day of the Dead River parade on October 29, 2021 in San Antonio, Texas. People gathered in San Antonio to celebrate, commemorate, and remember departed loved ones for this year's Día de los Muertos. This year's celebration is newly returned after in-person gatherings and festivities were canceled last year due to COVID-19. (Photo by Brandon Bell/Getty Images) 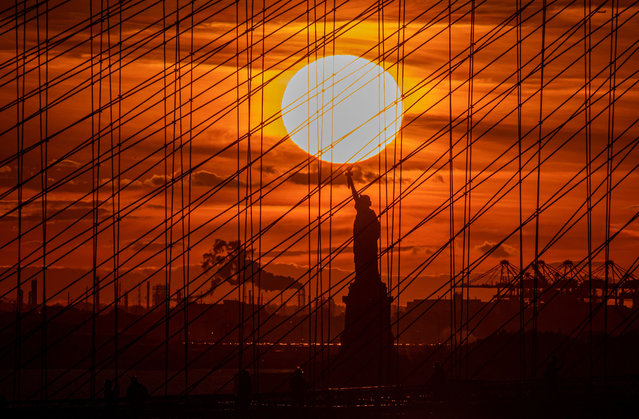 The Statue of Liberty is seen during sunset on November 3, 2021 in New York City. (Photo by Angela Weiss/AFP Photo) 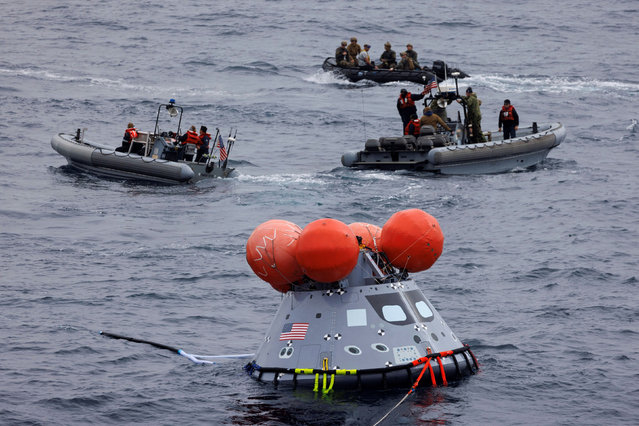 The U.S. Navy team up with NASA’s Recovery Team as they work through the final certification run for recovering the Artemis I Orion space capsule by capturing a mock capsule into the bay of the USS John P. Murtha off the coast of California, U.S., November 4, 2021. (Photo by Mike Blake/Reuters) 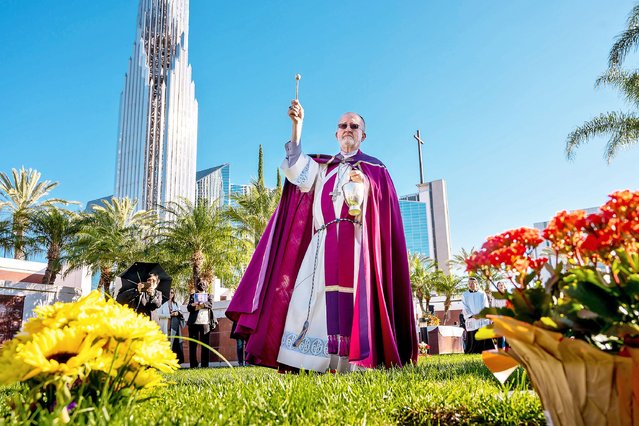 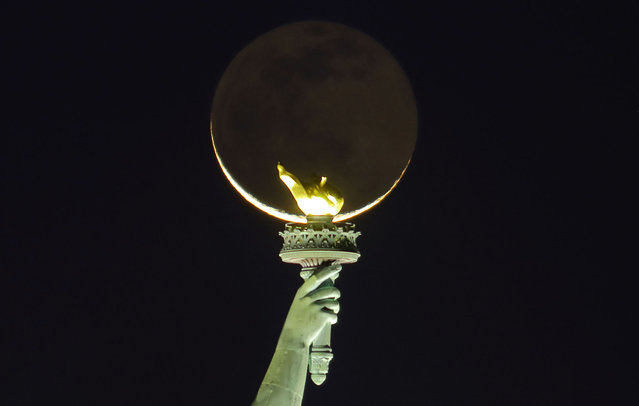 A 1.6 percent illuminated moon rises behind the torch on the Statue of Liberty before sunrise on November 3, 2021, as seen from Jersey City, New Jersey. (Photo by Gary Hershorn/Getty Images) 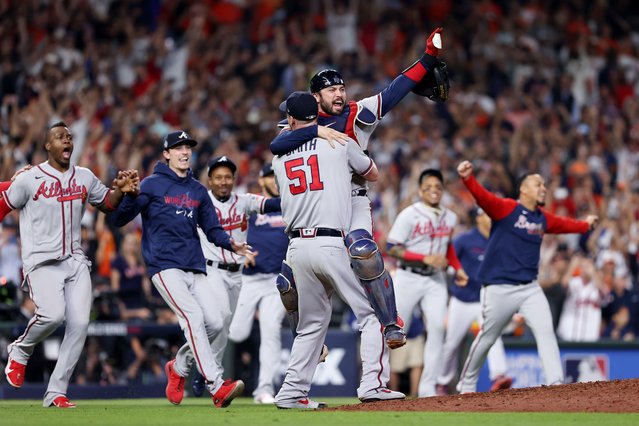 Will Smith #51 and Travis d'Arnaud #16 of the Atlanta Braves celebrate the team's 7-0 victory against the Houston Astros in Game Six to win the 2021 World Series at Minute Maid Park on November 02, 2021 in Houston, Texas. (Photo by Elsa/Getty Images) 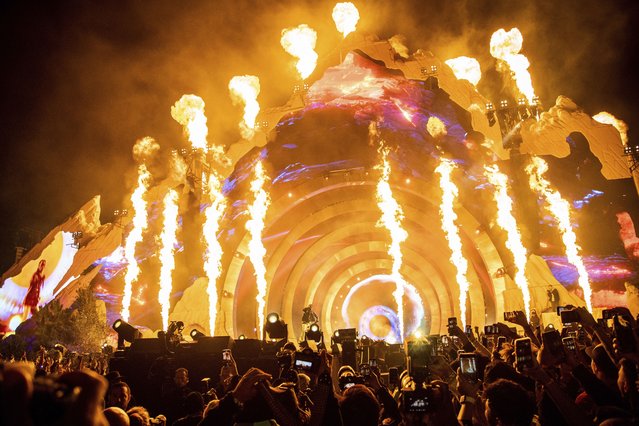