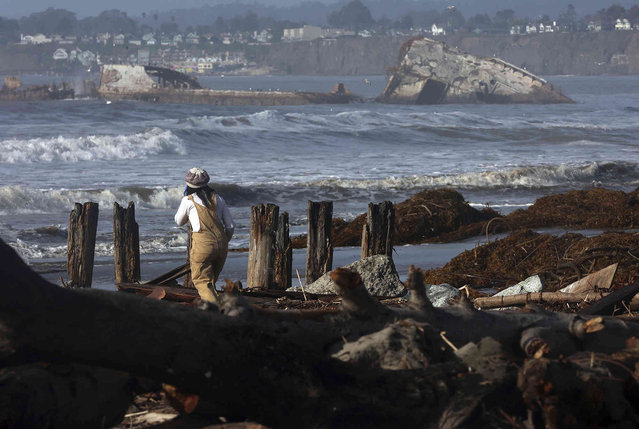 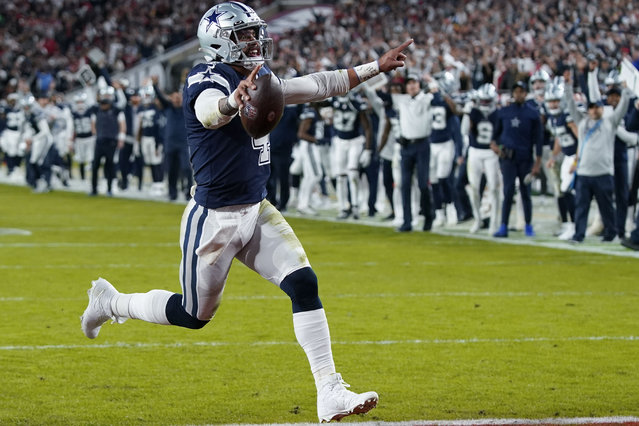 Dallas Cowboys quarterback Dak Prescott (4) runs into the end zone on a touchdown carry during the first half of an NFL wild-card football game against the Tampa Bay Buccaneers, Monday, January 16, 2023, in Tampa, Fla. (Photo by John Raoux/AP Photo) 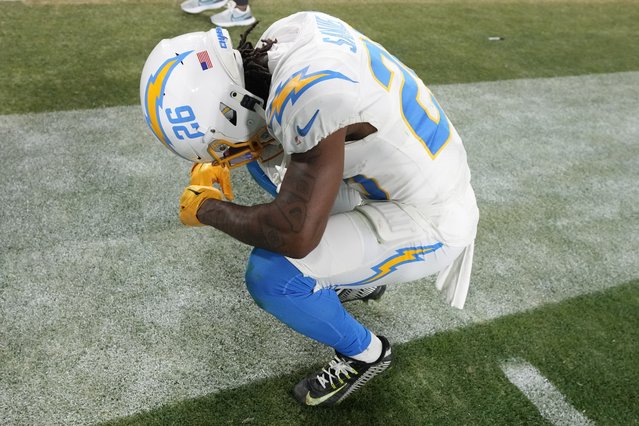 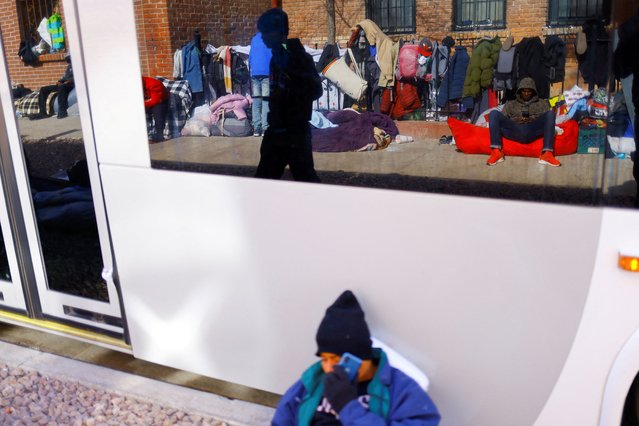 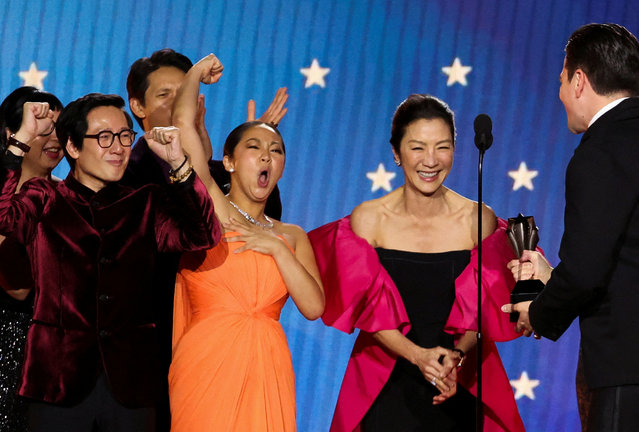 Michelle Yeoh, Ke Huy Quan, Stephanie Hsu and Jonathan Wang react as they accept the Best Picture award for “Everything Everywhere All at Once” during the 28th annual Critics Choice Awards in Los Angeles, California, U.S., January 15, 2023. (Photo by Mario Anzuoni/Reuters) 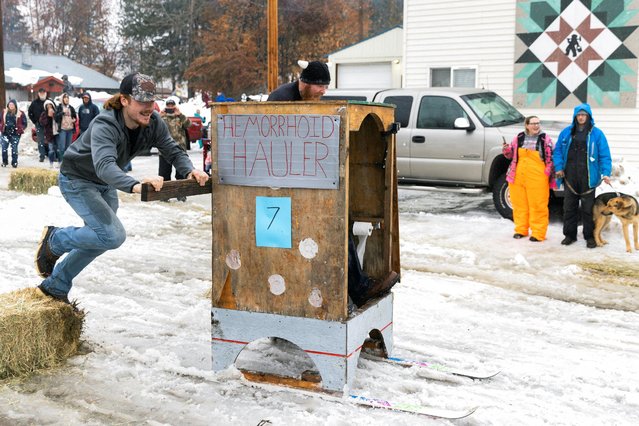 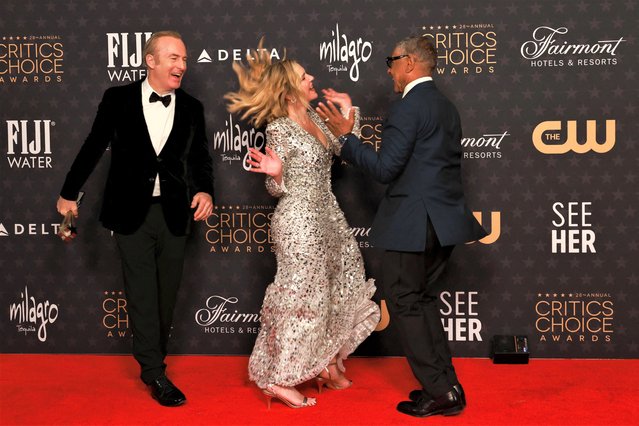 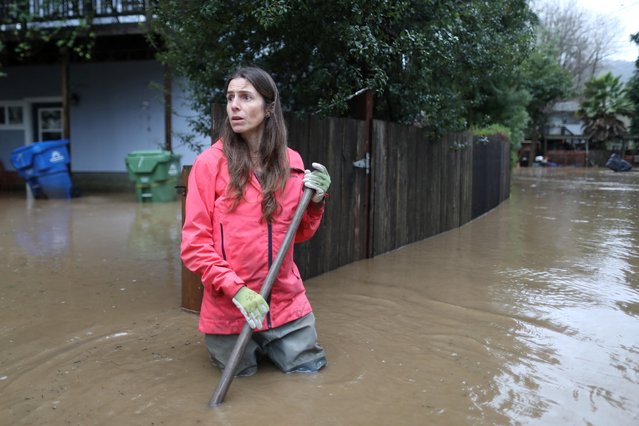 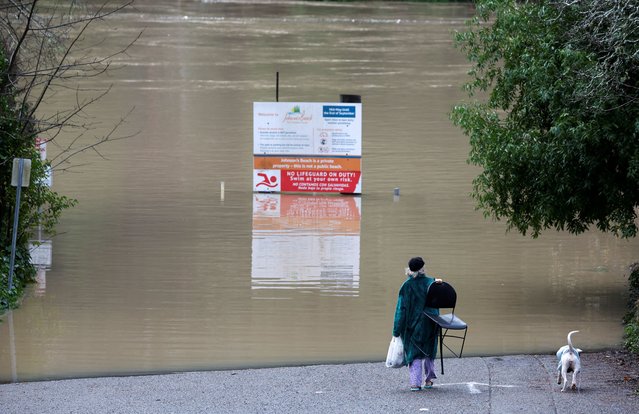 Emily Jean Pierre and her dog Vixen walk near the Russian River where it flooded Johnson’s beach in Guerneville, California, U.S. January 15, 2023. (Photo by Fred Greaves/Reuters) 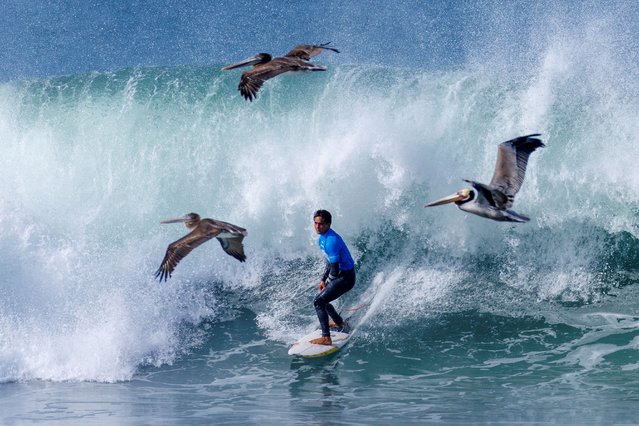 Brown pelicans fly past Eli Hanneman of the U.S. as he competes during the Men’s quarter-finals at the WSL World Junior Surf Championships at Cardiff Reef in Encinitas, California, U.S., January 13, 2023. (Photo by Mike Blake/Reuters) 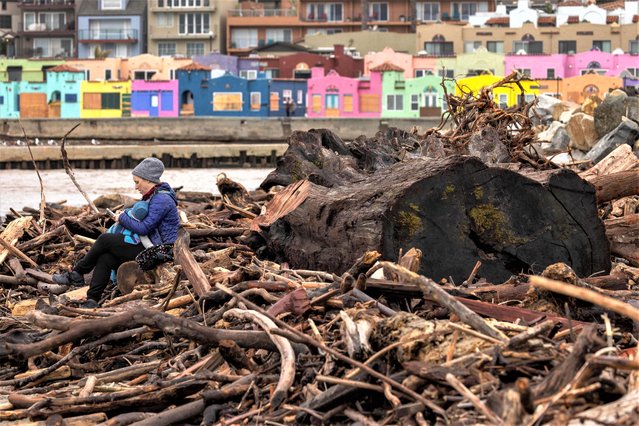 A sits with her baby among trees that were swept into the ocean by recent storms and washed ashore on the beach in Capitola, California, on January 15, 2023. Soggy Californians on Sunday wearily endured their ninth successive storm in a three-week period that has brought destructive flooding, heavy snowfalls and at least 19 deaths, and forecasters said more of the same loomed for another day. (Photo by David McNew/AFP Photo) 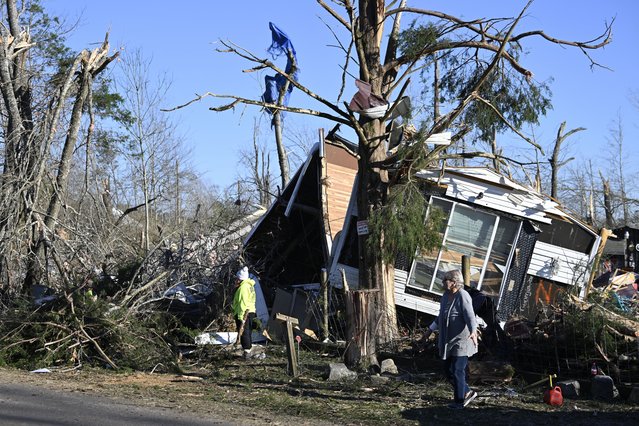 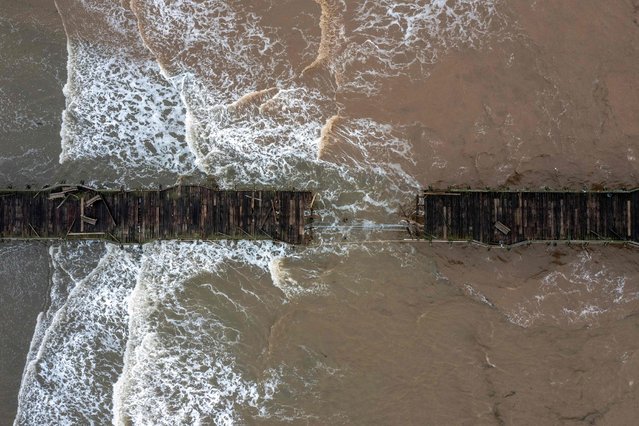 This aerial view shows the Capitola Pier, built in 1857, damaged after recent storms in Capitola, California, on January 15, 2023. Soggy Californians on Sunday wearily endured their ninth successive storm in a three-week period that has brought destructive flooding, heavy snowfalls and at least 19 deaths, and forecasters said more of the same loomed for another day. (Photo by David McNew/AFP Photo) 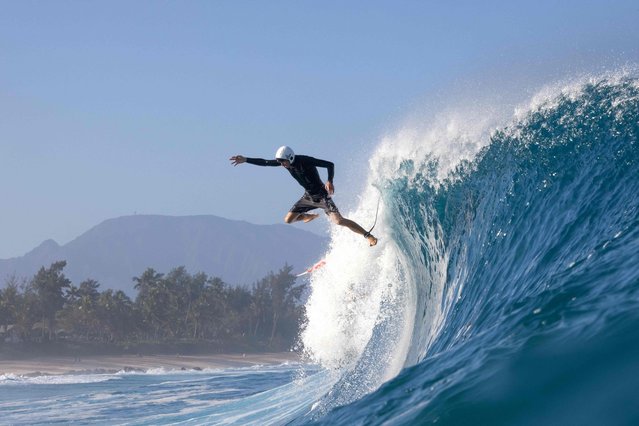 Surfer Kainehe Hunt rides a wave during the Da Hui Backdoor Shootout (in memory of Duke Kahanamoku) on the north shore of Oahu, Hawaii on January 14, 2023. (Photo by Brian Bielmann/AFP Photo) 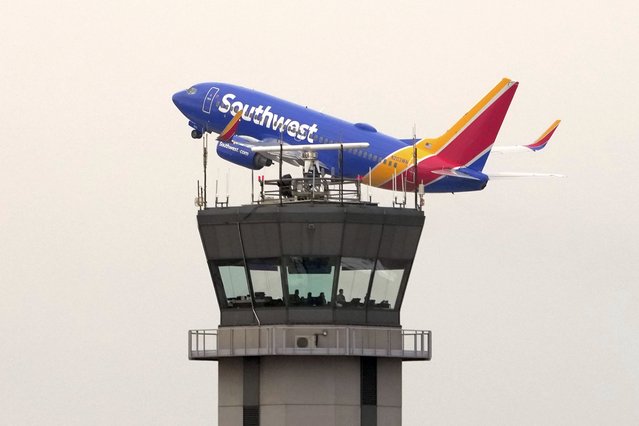 A Southwest Airlines passenger jet takes off from Chicago's Midway Airport as flight delays stemming from a computer outage at the Federal Aviation Administration brought departures to a standstill across the U.S earlier Wednesday, January 11, 2023, in Chicago. (Photo by Charles Rex Arbogast/AP Photo) 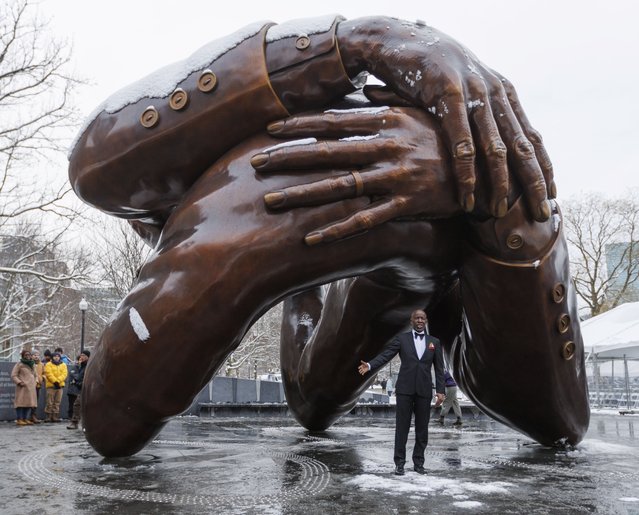 Singer Pierre Fontaine spontaneously sings “We Shall Overcome”, for the crowd gathered to view the Martin Luther King Jr. memorial statue, “The Embrace”, on Martin Luther King Jr Day, on the Boston Common in Boston in Boston, Massachusetts, USA, 16 January 2023. The 22 foot (6.71 m) high bronze sculpture that sits on a circular granite plaza shows the intertwined arms of Martin Luther King Jr. and Coretta Scott King and was inspired by a photo of the couple smiling together moments after King won the Nobel Peace Prize in 1964. (Photo by C.J. Gunther/EPA/EFE) 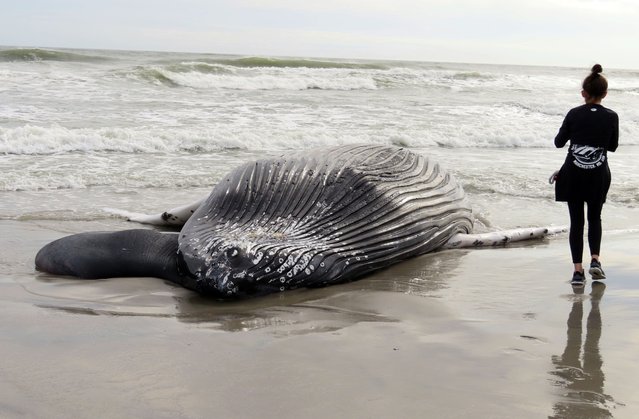 The body of a humpack whale lies on a beach in Brigantine N.J., after it washed ashore on Friday, January 13, 2023. It was the seventh dead whale to wash ashore in New Jersey and New York in little over a month, prompting calls for a temporary halt in offshore wind farm preparation on the ocean floor from lawmakers and environmental groups who suspect the work might have something to do with the deaths. (Photo by Wayne Parry/AP Photo) 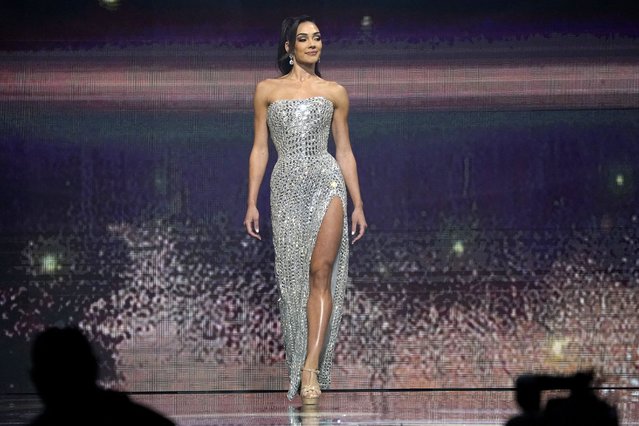 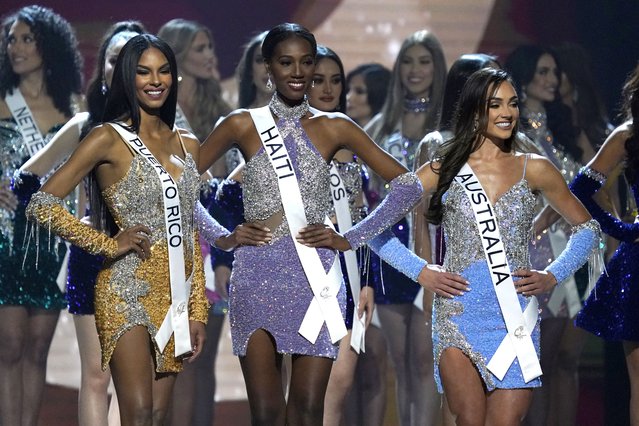 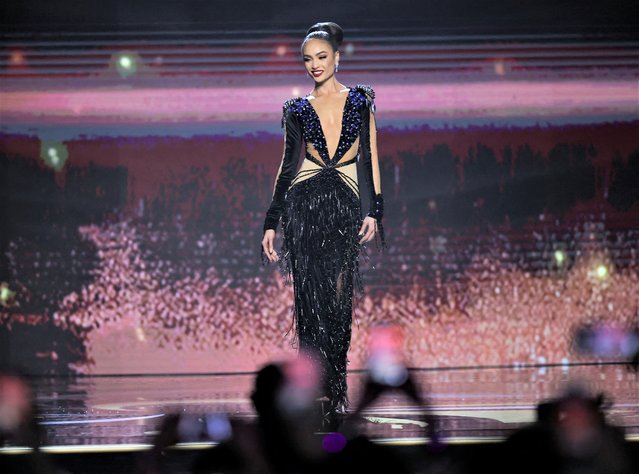