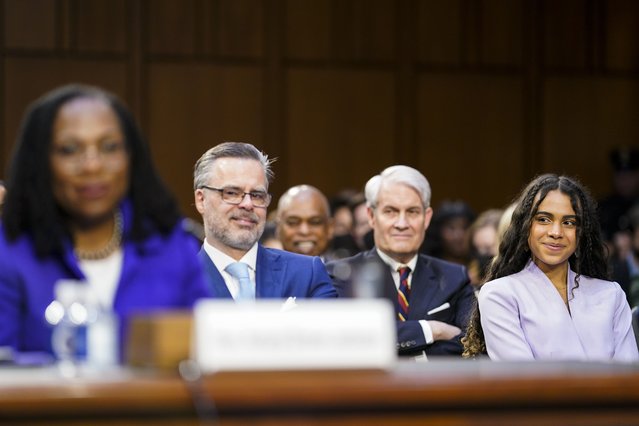 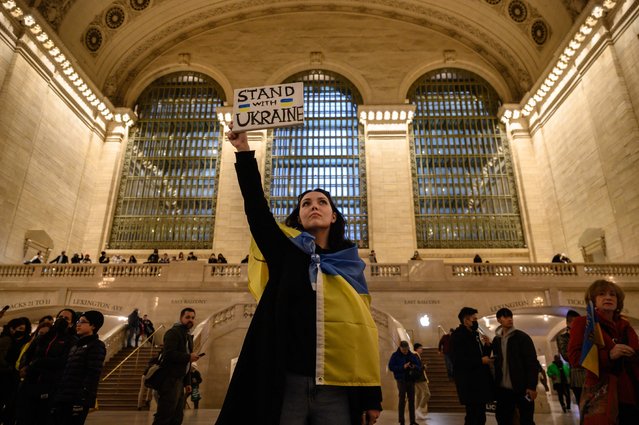 Activists hold placards during a protest in solidarity with Ukraine, at Grand Central Station in New York on March 23, 2022. (Photo by Ed Jones/AFP Photo) 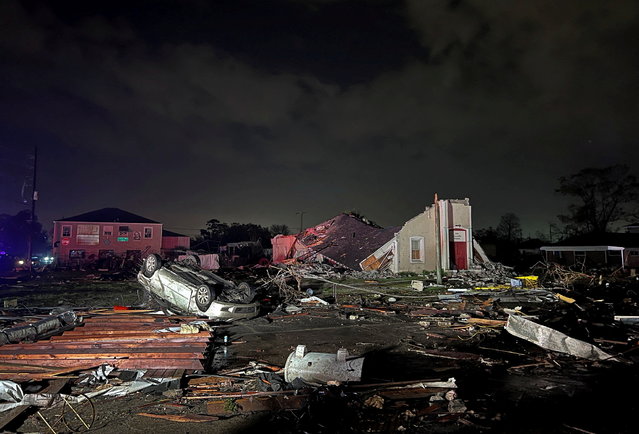 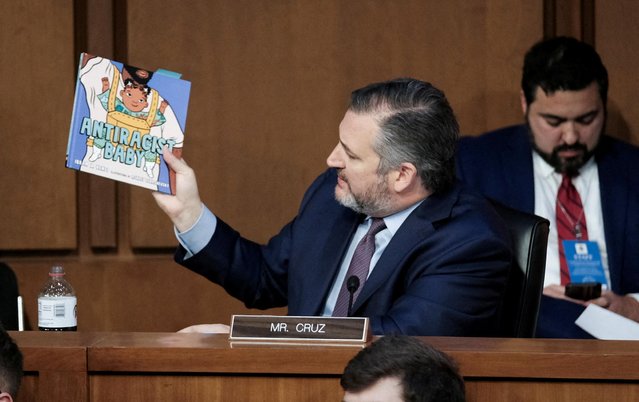 U.S. Senator Ted Cruz (R-TX) holds up the children's book “Antiracist Baby” by Ibram X. Kendi as he questions Judge Ketanji Brown Jackson during her testimony before a Senate Judiciary Committee confirmation hearing on her nomination to the U.S. Supreme Court, on Capitol Hill in Washington, U.S., March 22, 2022. (Photo by Michael A. McCoy/Reuters) 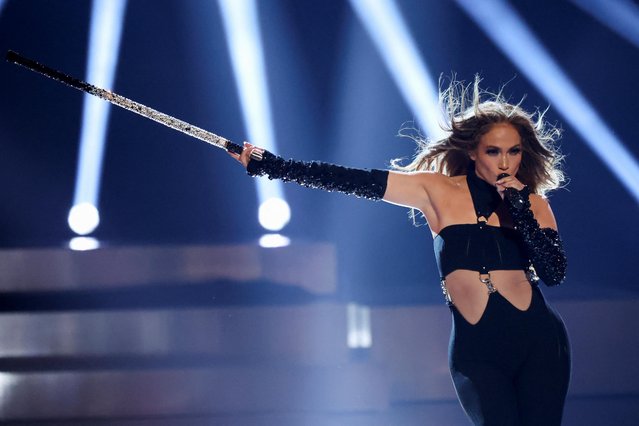 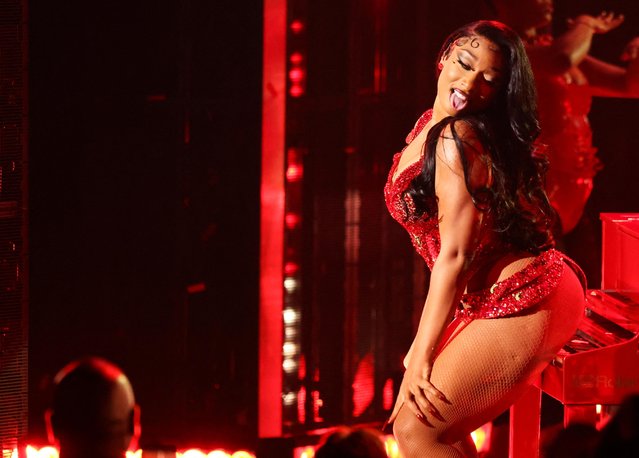 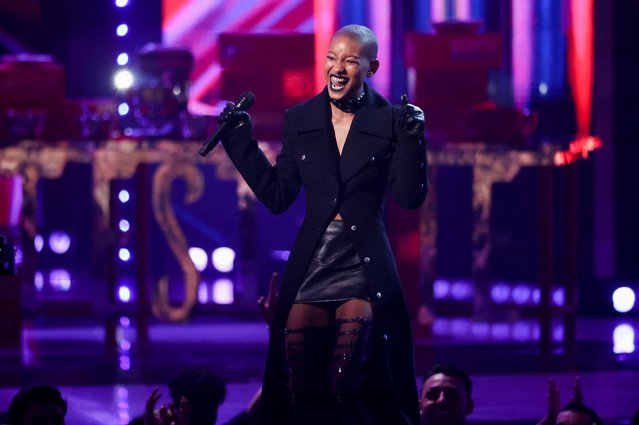 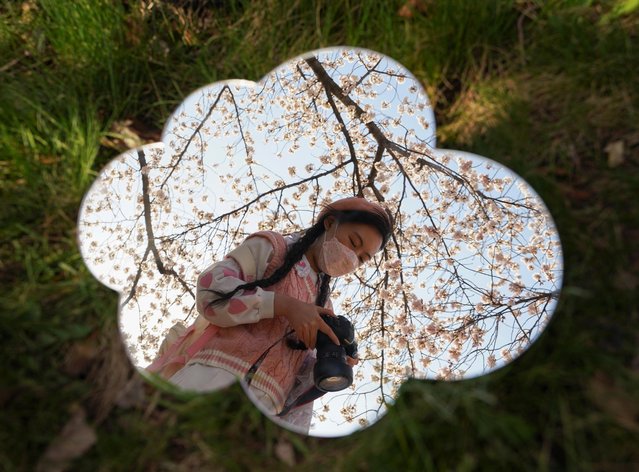 A woman creatively using a mirror to photograph cherry blossoms checks images on her camera at the Tidal Basin in Washington, U.S., March 22, 2022. (Photo by Kevin Lamarque/Reuters) 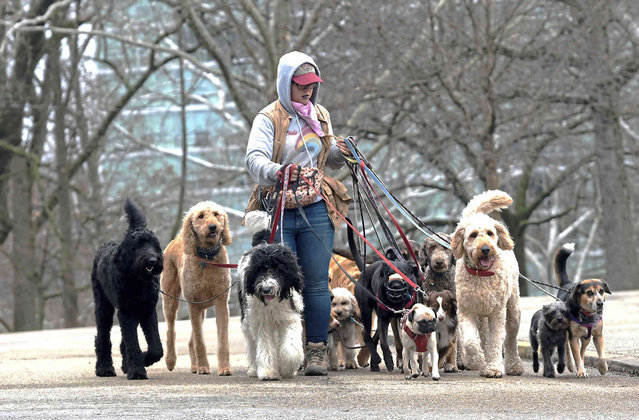 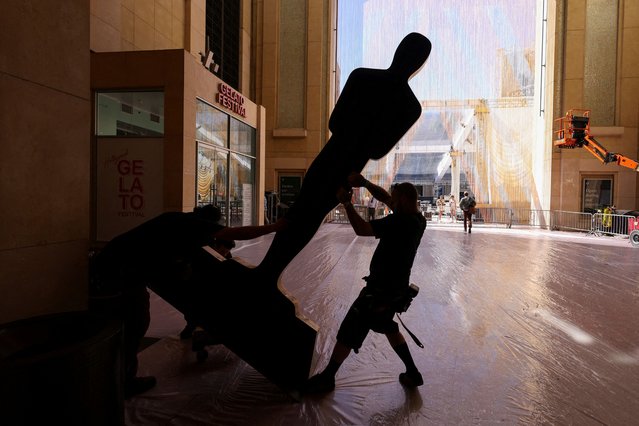 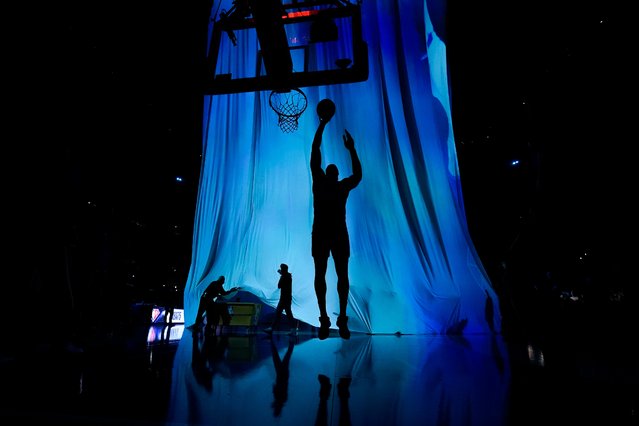 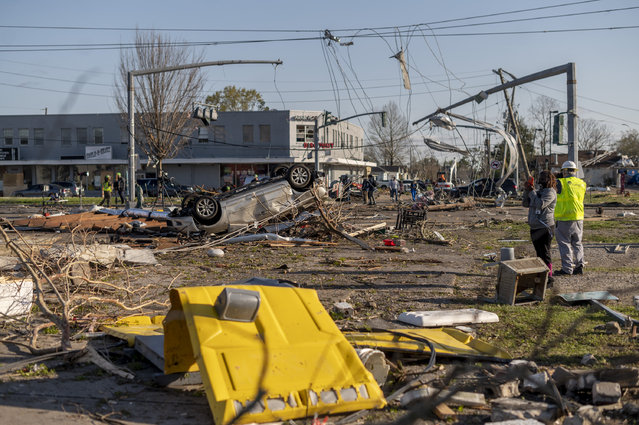 Widespread damage on St. Clade Ave from the tornado that touched down In Arabi, La., on March 23, 2022. (Photo by Emily Kask/The Washington Post) 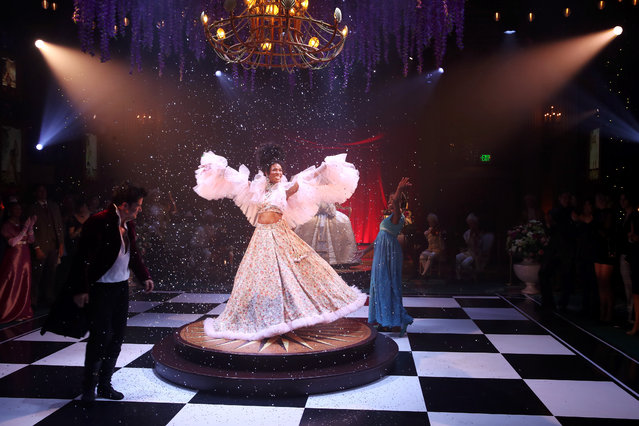 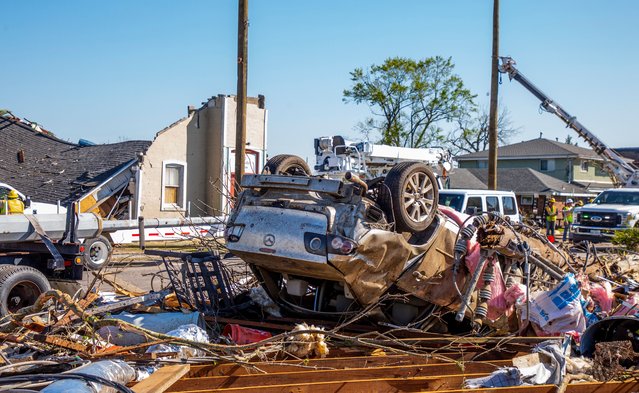 A car flipped upside down is seen after a tornado in Arabi, New Orleans, Louisiana, the United States, March 23, 2022. At least one person was killed and multiple injured after tornado moved into southern U.S. state Louisiana and struck parts of the state's biggest city New Orleans and its suburbs on Tuesday night, officials said on Wednesday. (Photo by Xinhua News Agency/Rex Features/Shutterstock) 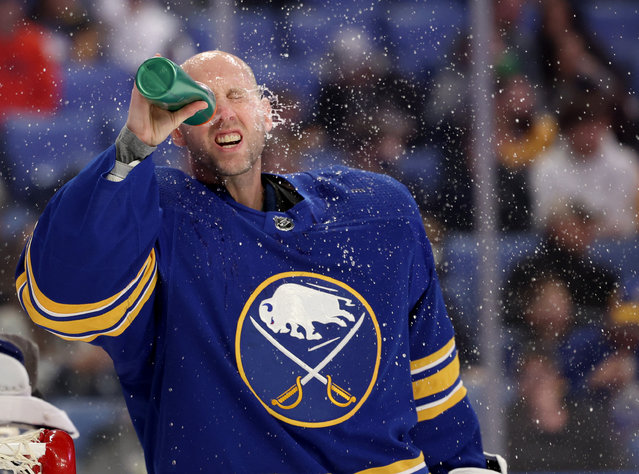 Buffalo Sabres goaltender Craig Anderson (41) gets a drink before a game against the Pittsburgh Penguins at KeyBank Center in Buffalo, New York on March 23, 2022. (Photo by Timothy T. Ludwig/USA TODAY Sports) 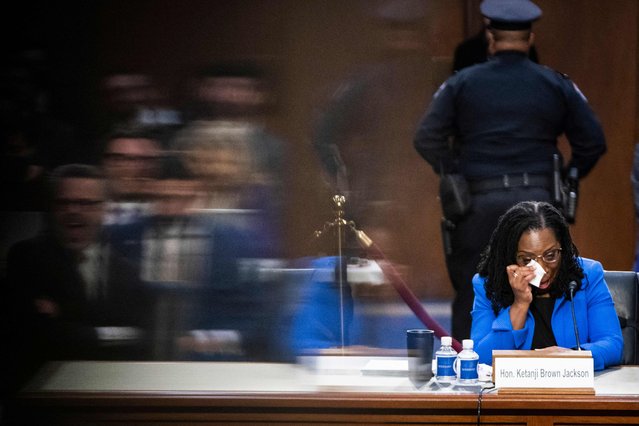 Judge Ketanji Brown Jackson wipes away tears as she testifies before the Senate Judiciary Committee on her nomination to be an Associate Justice on the US Supreme Court, in the Hart Senate Office Building on Capitol Hill in Washington, DC on March 23, 2022. (Photo by Jabin Botsford/Pool via AFP Photo) 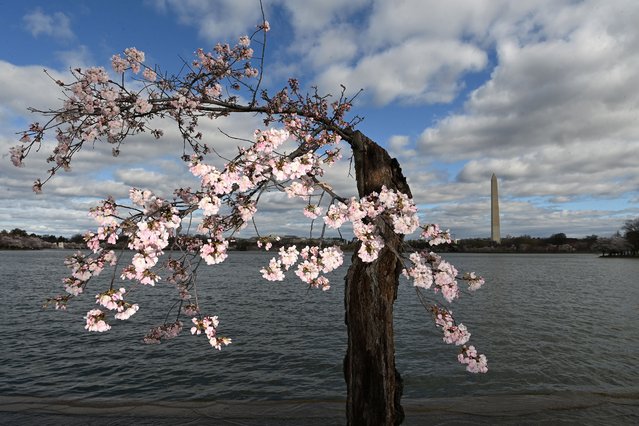 A blooming cherry tree is seen along the Tidal Basin on Sunday March 20, 2022 in Washington, DC. As Covid-19 precautions begin to lift around the country large crowds are able to once again descend upon the region for the blossoming cherry trees. (Photo by Matt McClain/The Washington Post) 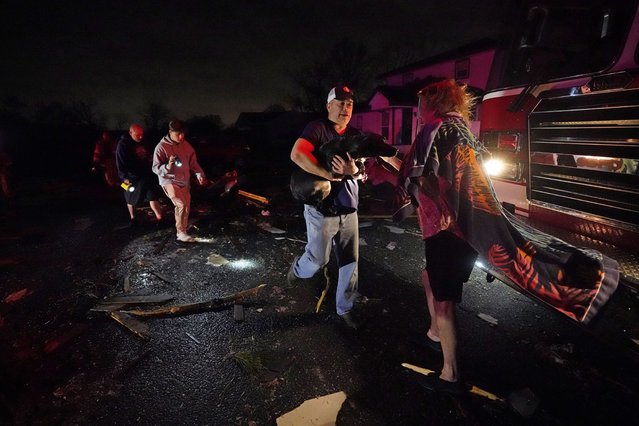 Melodie Maher stands in front of a fire truck as her son, Claude Maher, along with firefighters, rescue her dog from her heavily damaged home after a tornado struck the area in Arabi, La., Tuesday, March 22, 2022. A tornado tore through parts of New Orleans and its suburbs Tuesday night, ripping down power lines and scattering debris in a part of the city that had been heavily damaged by Hurricane Katrina 17 years ago. (Photo by Gerald Herbert/AP Photo) 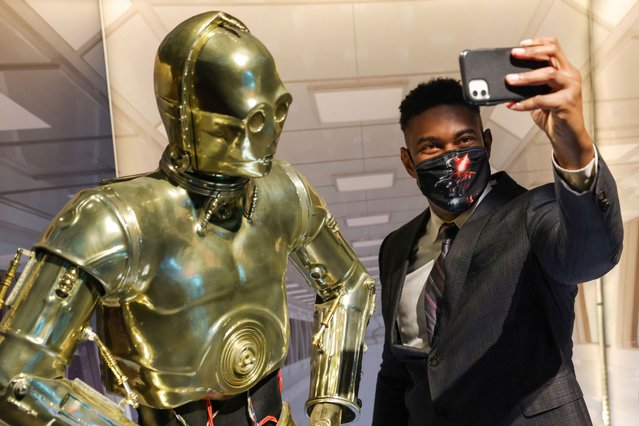 A person takes a selfie with a life-size figure of C-3PO at “The Fans Strike Back: The Largest Star Wars Fan Exhibition” in Manhattan, New York City, U.S., March 24, 2022. (Photo by Andrew Kelly/Reuters) 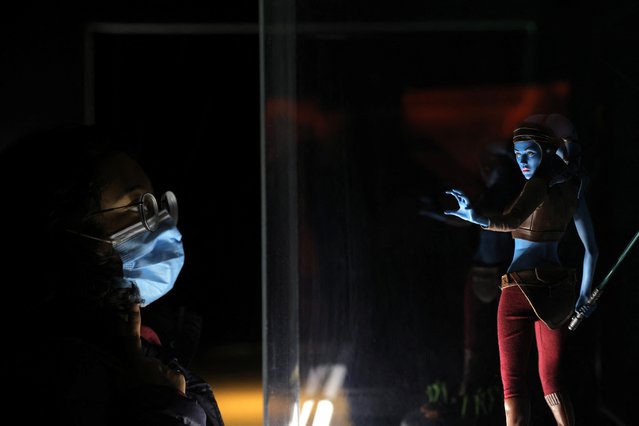