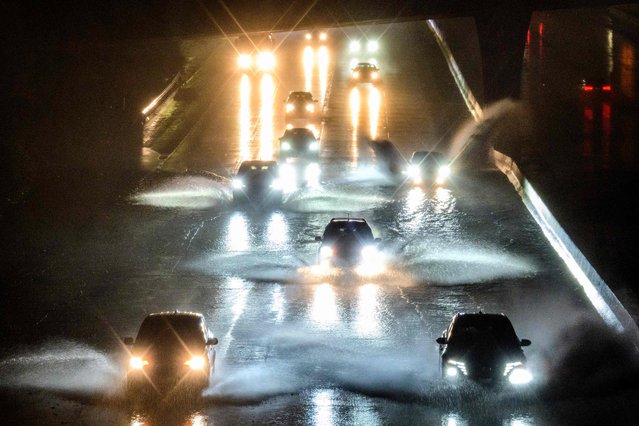 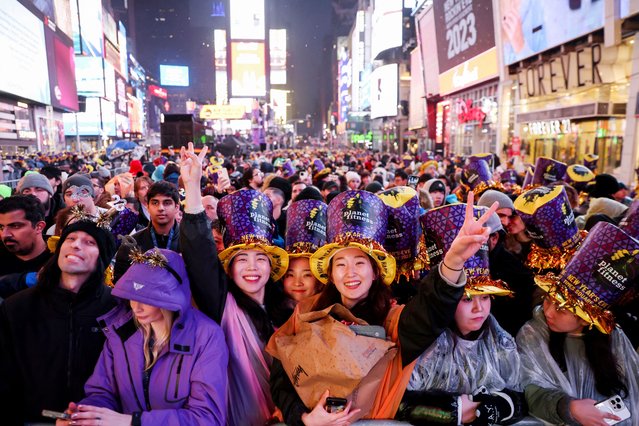 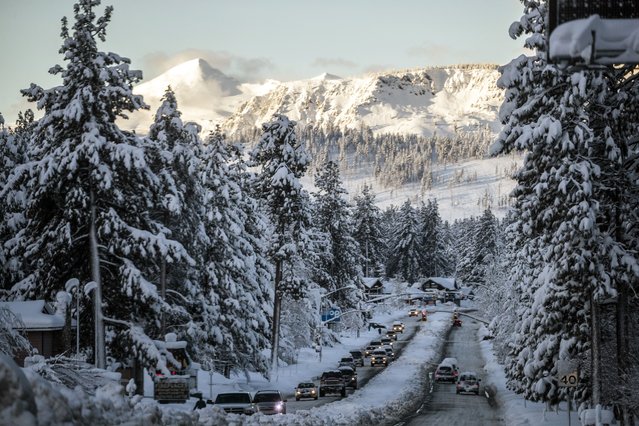 Vehicles travel along a snow-lined U.S. Route 50 the morning after a winter storm pelted the region with a large amount of snow, in South Lake Tahoe, Calif., Sunday, January 1, 2023. (Photo by Stephen Lam/San Francisco Chronicle via AP Photo) 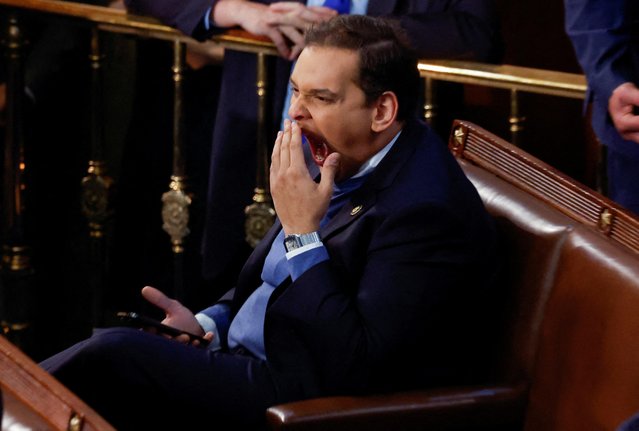 Newly elected freshman Rep. George Santos (R-NY), embroiled in a scandal over his resume and claims made on the campaign trail, yawns behind his hand as he sits alone in the House Chamber, on the first day of the 118th Congress at the U.S. Capitol in Washington, U.S., January 3, 2023. (Photo by Jonathan Ernst/Reuters) 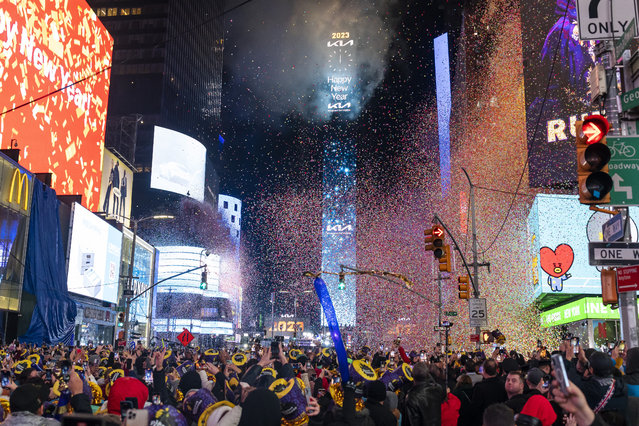 Fireworks are set off at midnight during the Times Square New Year's celebration, Sunday, January 1, 2023, in New York. (Photo by Photo by Ben Hider/Invision/AP Photo) 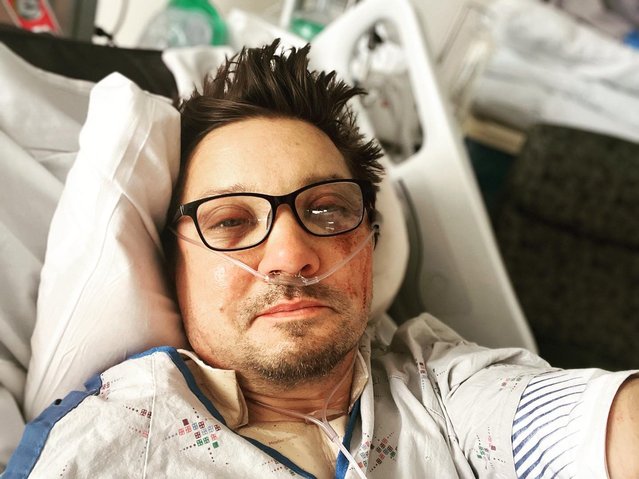 American actor Jeremy Renner early January 2023 posted a picture of himself looking broken and bruised in the wake of the accident and said: “I'm too messed up to type”. The Marvel star broke his silence on social media after he was hurt while helping to clear snowy roads for his family on New Year's Day. (Photo by Jeremy Renner/Instagram) 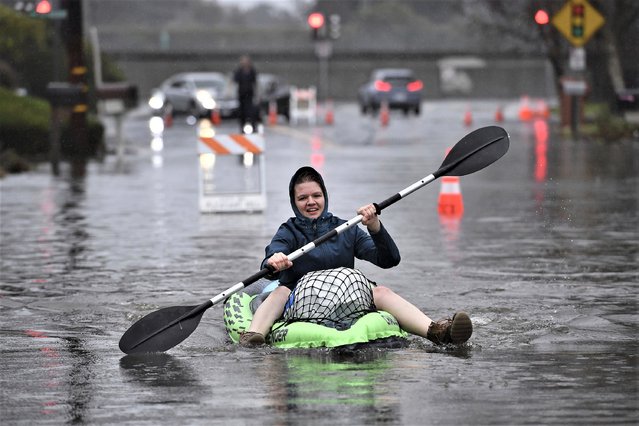 Nurse Katie Leonard uses a kayak to bring supplies to Patsy Costello, 88, as she sits trapped in her vehicle for over an hour on Astrid Drive in Pleasant Hill, Calif., on Saturday, December 31, 2022. Costello drove her car on the flooded street thinking she could make it when it stalled in the two feet of water. After two hours the water had receded about a foot making it easier to rescue her. Police were called but stood by and watched after calling in a tow truck to help pull the car out of the water. Nurse Katie Leonard, of Pleasant Hill, lives down the block used her kayak to bring Costello hot tea, blankets, food and a phone to call a friend. (Photo by Jose Carlos Fajardo/Bay Area News Group via AP Photo) 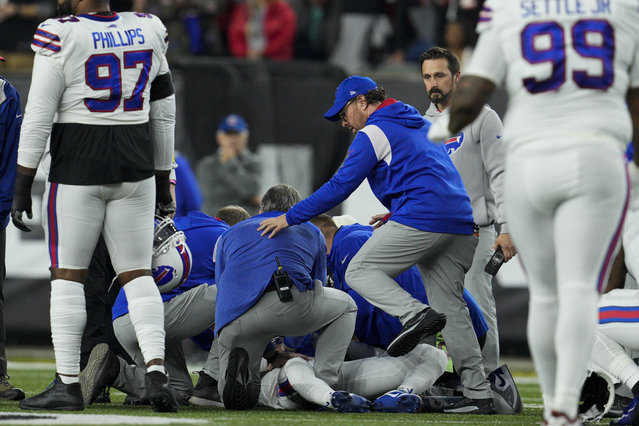 Buffalo Bills' Damar Hamlin is examined during the first half of an NFL football game against the Cincinnati Bengals, Monday, January 2, 2023, in Cincinnati. (Photo by Jeff Dean/AP Photo) 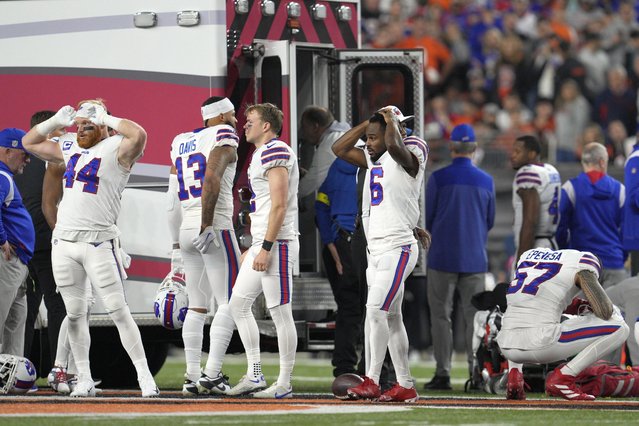 Buffalo Bills players react as teammate Damar Hamlin is examined during the first half of an NFL football game against the Cincinnati Bengals, Monday, January 2, 2023, in Cincinnati. (Photo by Jeff Dean/AP Photo) 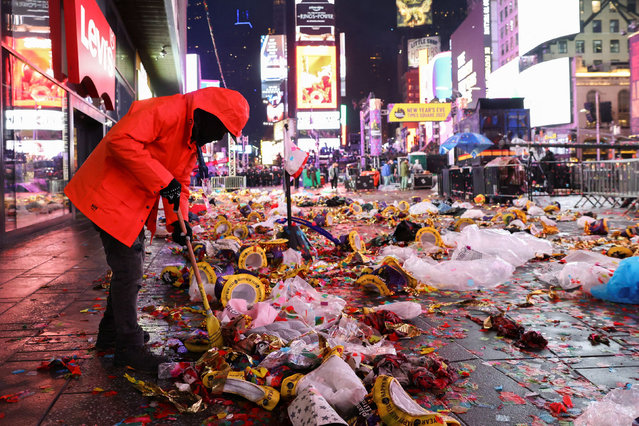 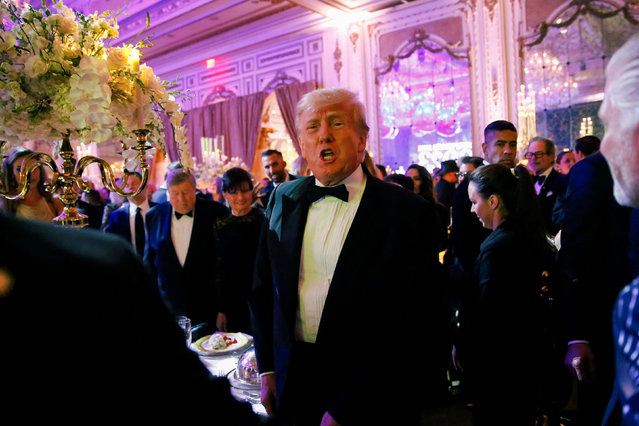 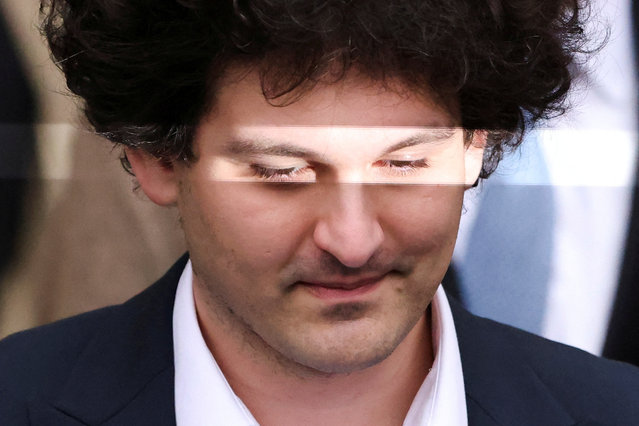 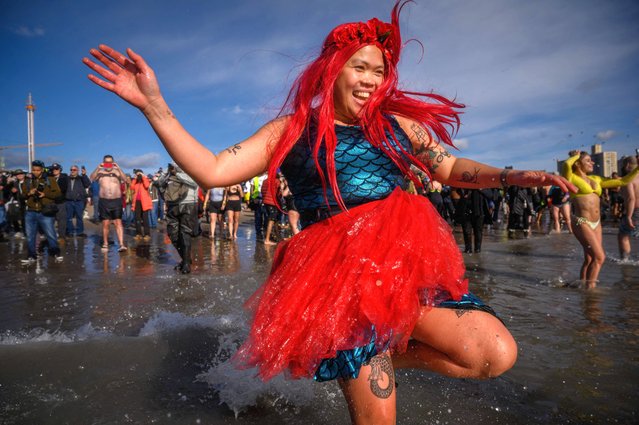 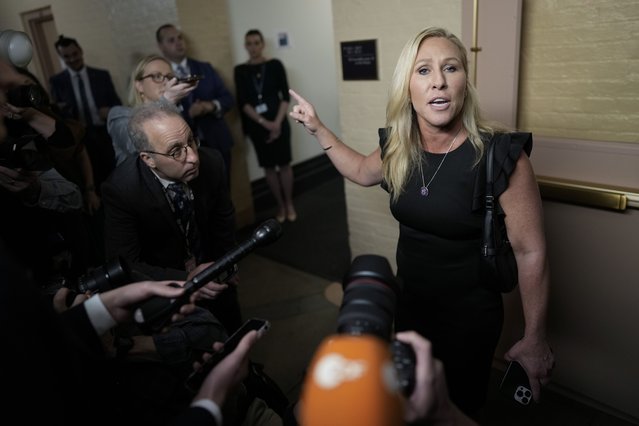 Rep. Marjorie Taylor Greene, R-Ga., stops to speak with reporters as she walks from a closed-door meeting with the GOP Conference during the opening day of the 118th Congress at the U.S. Capitol in Washington, Tuesday, January 3, 2023. (Photo by Carolyn Kaster/AP Photo) 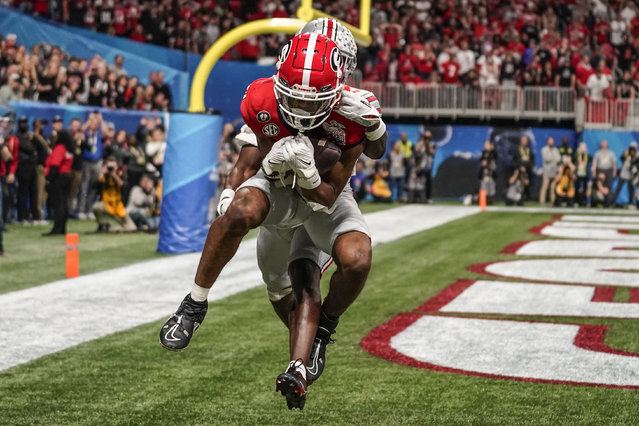 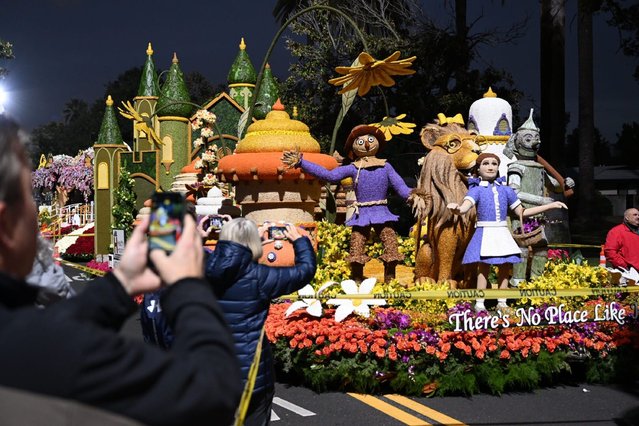 The AHF's entry in the 134th Rose Parade presented by Honda is titled “There's No Place Like Home”, Grand Marshal Award for most outstanding creative concept and float design rolls down Colorado Boulevard at the 134th Rose Parade in Pasadena, Calif., Monday, January 2, 2023. (Photo by Michael Owen Baker/AP Photo) 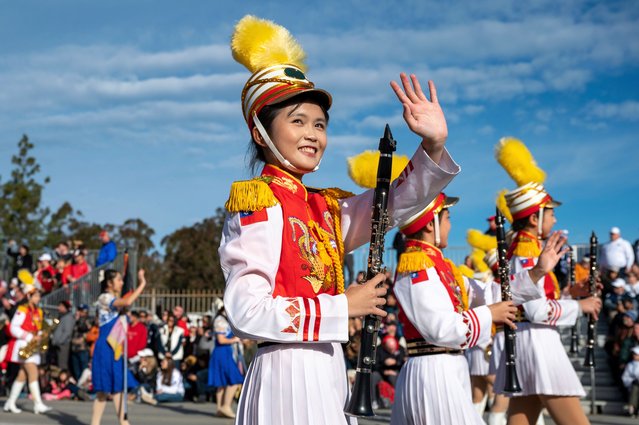 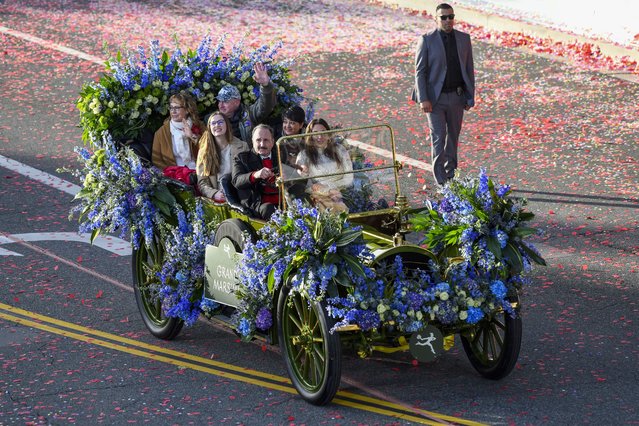 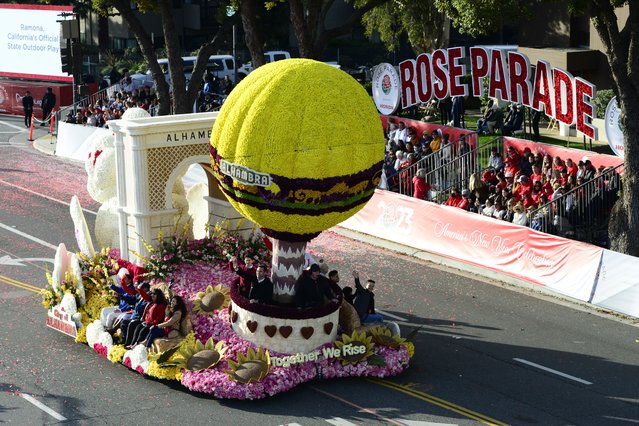 City of Alhambra's “Together we Rise” float participates in the 134th Rose Parade Presented by Honda on January 02, 2023 in Pasadena, California. (Photo by Jerod Harris/Getty Images) 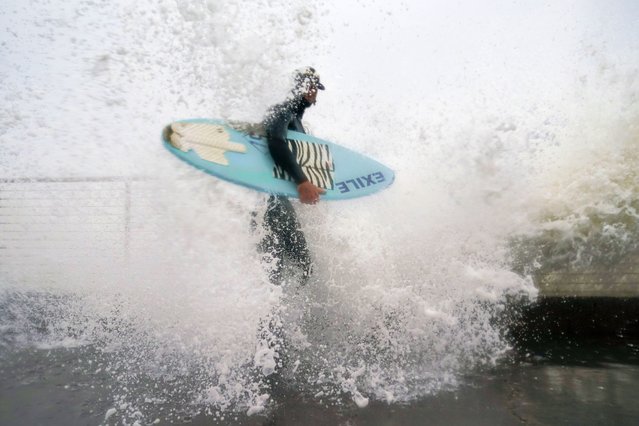