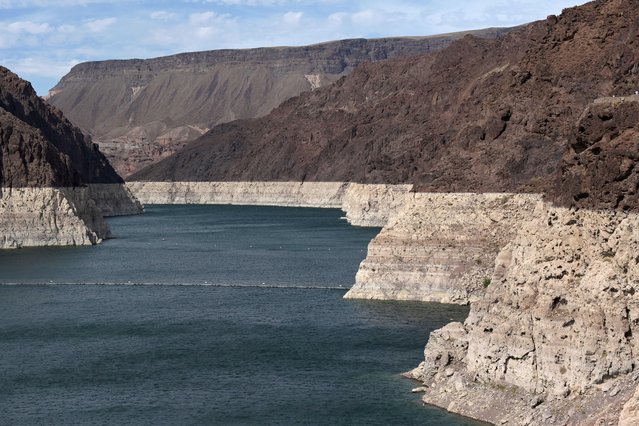 Low water levels due to drought are seen in the Hoover Dam reservoir of Lake Mead near Las Vegas, Nevada, U.S. June 9, 2021. (Photo by Bridget Bennett/Reuters) 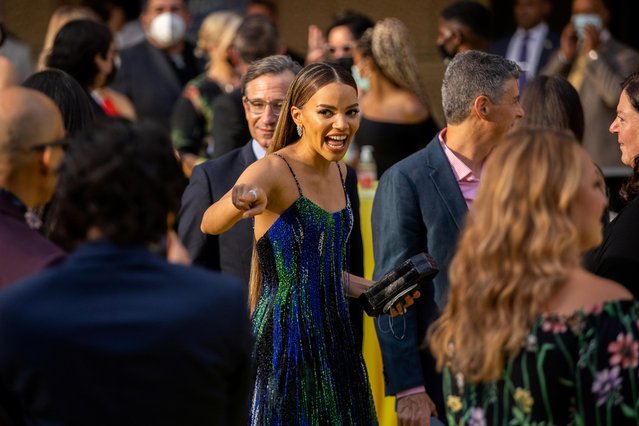 American singer and songwriter Leslie Grace arrives for the “In The Heights” opening night premiere at the United Palace Theatre in the Washington Heights neighborhood in Manhattan, New York, U.S., June 9, 2021. (Photo by Jeenah Moon/Reuters) 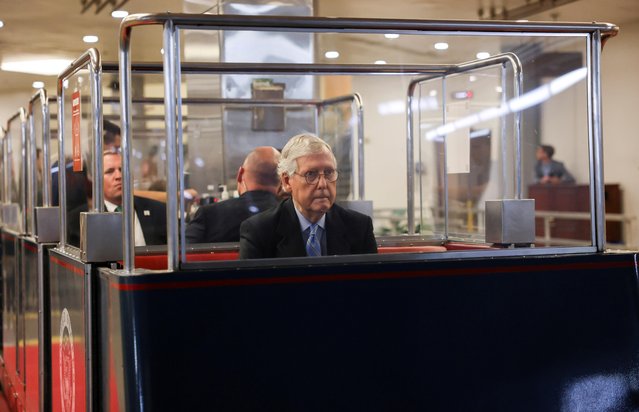 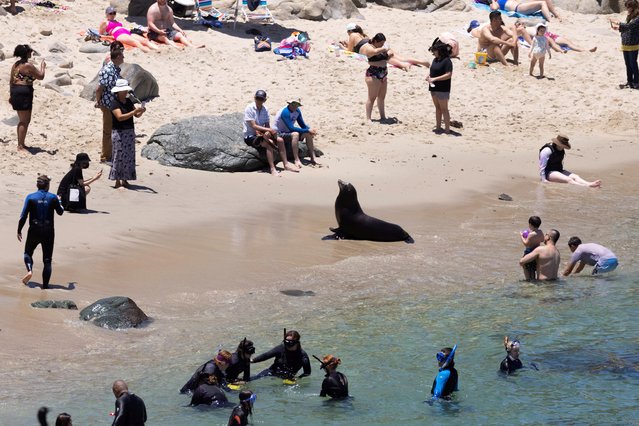 People visiting the beach look at a sea lion as tourism makes a comeback during the outbreak of the coronavirus disease (COVID-19) in La Jolla, California, U.S., June 10, 2021. (Photo by Mike Blake/Reuters) 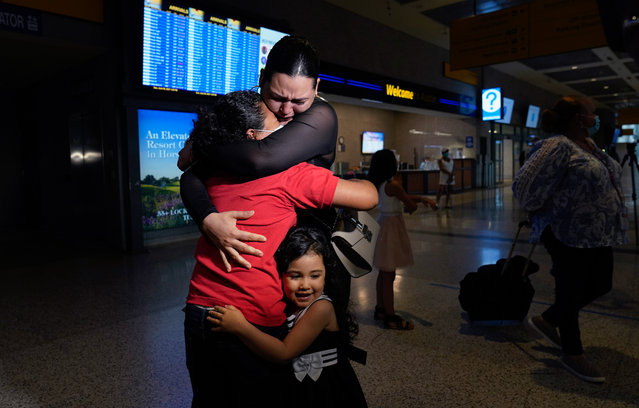 Emely, left, is reunited with her mother, Glenda Valdez and sister, Zuri, at Austin-Bergstrom International Airport, Sunday, June 6, 2021, in Austin, Texas. It had been six years since Valdez said goodbye to her daughter Emely in Honduras. Then, last month, she caught a glimpse of a televised Associated Press photo of a little girl in a red hoodie and knew that Emely had made the trip alone into the United States. On Sunday, the child was returned to her mother’s custody. (Photo by Eric Gay/AP Photo) 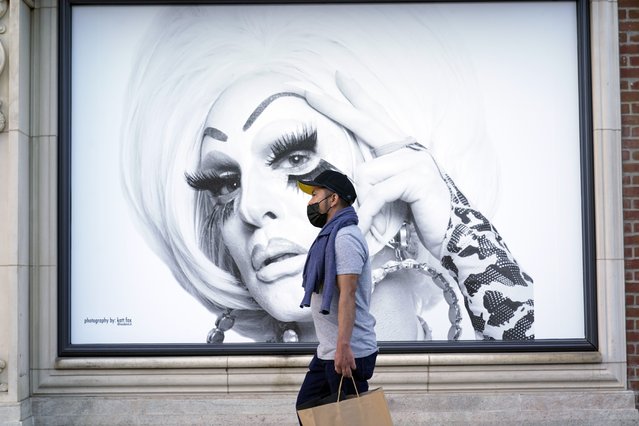 A shopper walks past a mural amid the COVID-19 pandemic on The Promenade Wednesday, June 9, 2021, in Santa Monica, Calif. (Photo by Marcio Jose Sanchez/AP Photo) 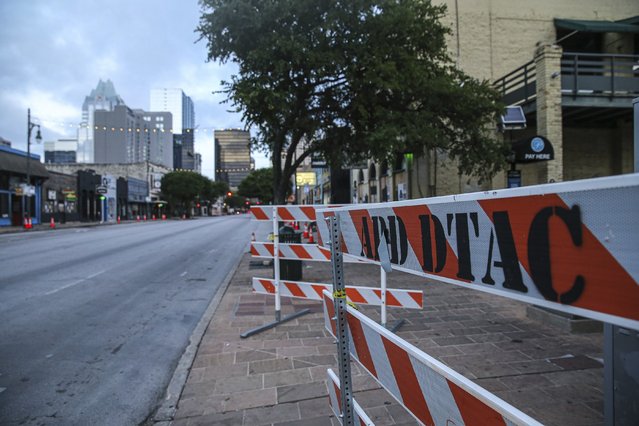 Road block barriers sit on the sidewalk on 6th Street after an early morning shooting on Saturday, June 12, 2021 in downtown Austin, Texas. Authorities say someone opened fire on the busy entertainment district wounding several people before getting away. (Photo by Aaron Martinez/Austin American-Statesman via AP Photo) 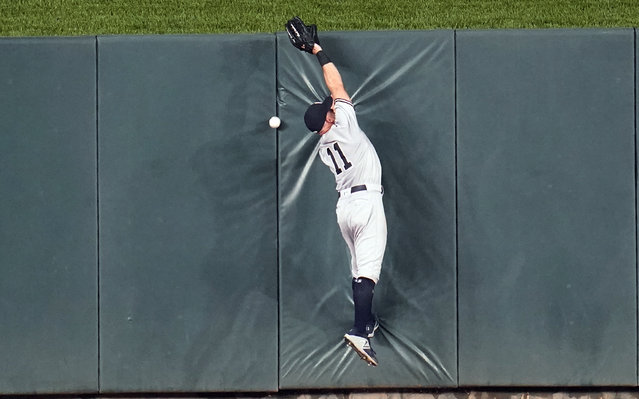 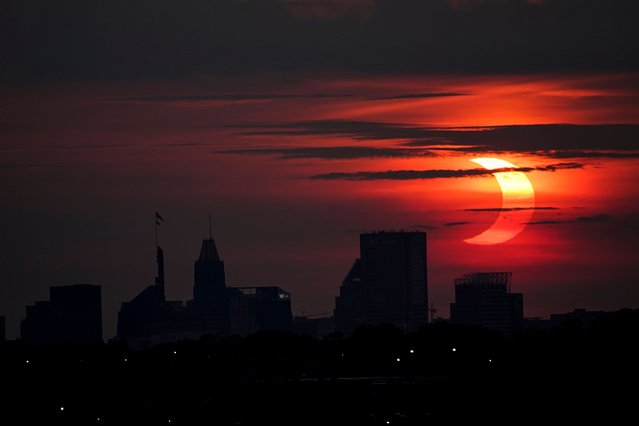 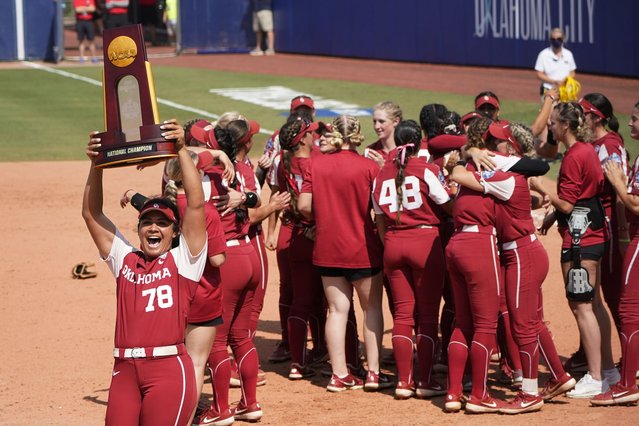 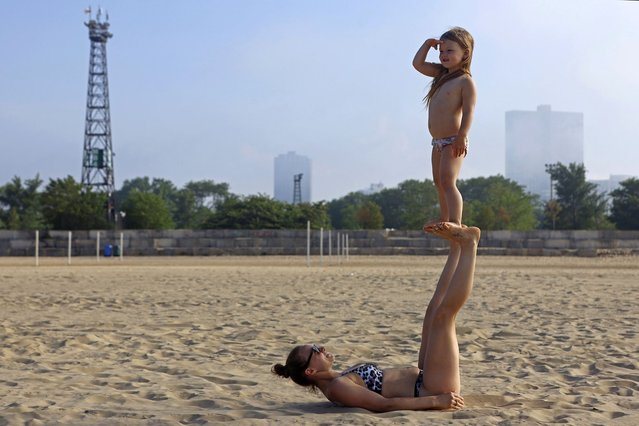 Uma Johansson, 5, balances on the feet of her mother Alina Anaite as they enjoy their time in Chicago's Montrose Beach, Wednesday, June 9, 2021. The beaches in Chicago have reopened since closing over a year ago because of the coronavirus pandemic. (Photo by Shafkat Anowar/AP Photo) 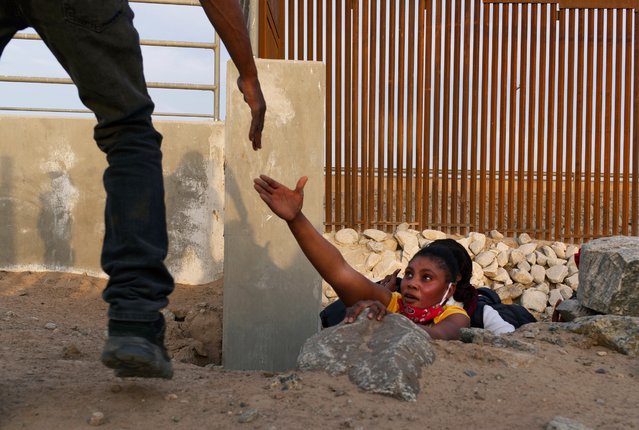 A Haitian migrant family member reaches out for help while emerging from a rocky canal adjacent to a gap in the U.S. border wall in Yuma, Ariz., Wednesday, June 9, 2021. (Photo by Eugene Garcia/AP Photo) 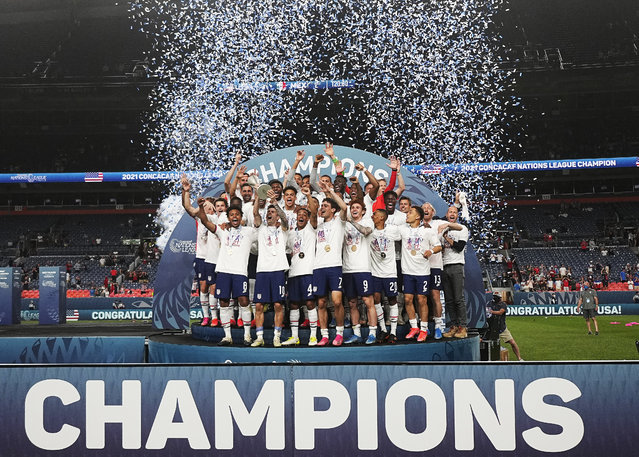 A boy cools off in a fountain at a park as summer-like temperatures move into the region Saturday, June 5, 2021, in Kansas City, Mo. (Photo by Charlie Riedel/AP Photo) 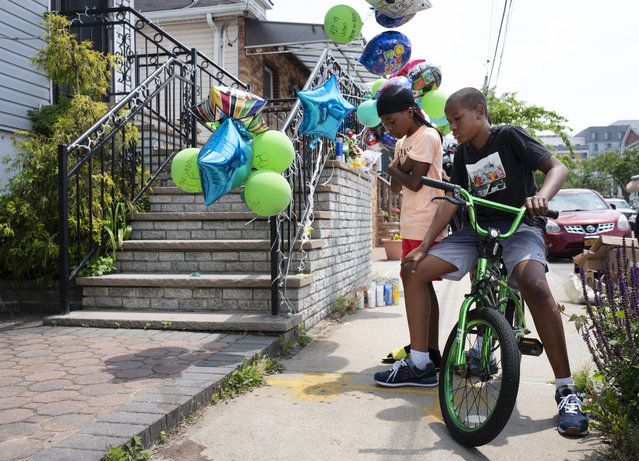 Boys stop to look at a memorial for ten-year-old Justin Wallace, Tuesday, June 8, 2021 in the Far Rockaway neighborhood of New York. The boy was killed and his 29-year-old uncle was wounded as they entered the home, Saturday, June 5. Mayor Bill de Blasio called Justin's death “a profound injustice” on Twitter. “His killer will be brought to justice”, he said. (Photo by Mark Lennihan/AP Photo) 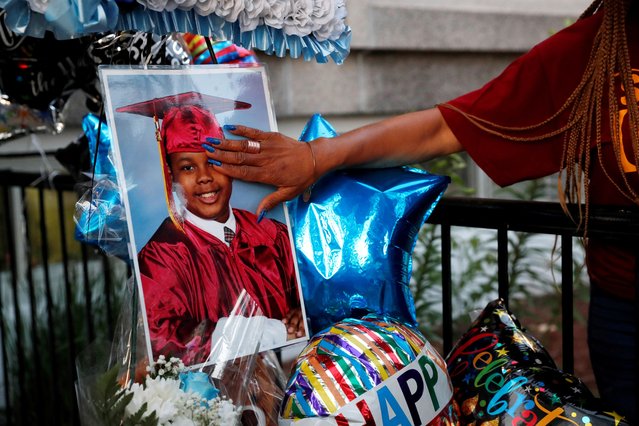 A person touches the photograph of 10-year-old Justin Wallace, who was shot and killed when a shooter fired rounds at a home in the Far Rockaway section of Queens Saturday evening according to the New York Police Department, during a community vigil outside the Challenge Preparatory Charter School he attended in New York City, U.S., June 10, 2021. (Photo by Shannon Stapleton/Reuters) 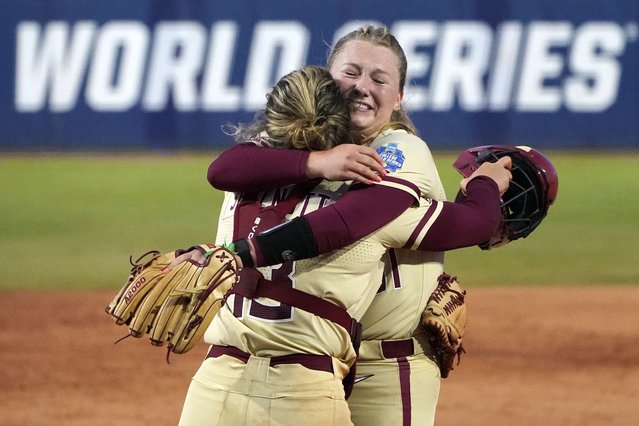 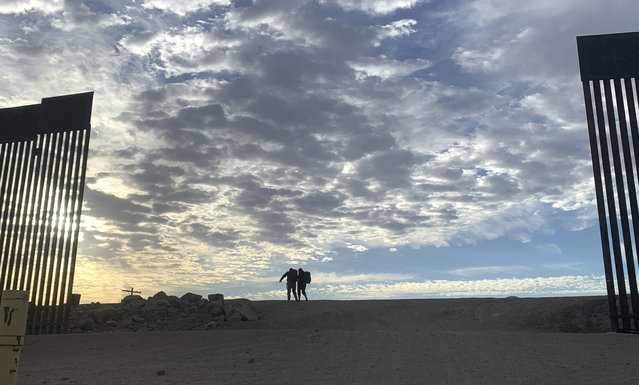 Cuban migrant Alain Rios, left, gets a helping hand from wife Katia Maden as they walk across the Mexico - U.S. border wall in Yuma, Ariz., Wednesday, June, 9, 2021 to seek asylum in the US. The pair mainly walked over four months from Venezuela before Rios sprained his ankle just steps away from reaching the US. The Biden administration says it has identified more than 3,900 children separated from their parents at the U.S.-Mexico border under former President Donald Trump's “zero-tolerance” policy on illegal crossings. The Border Patrol's Yuma, Arizona, sector recorded the highest number of separations of the agency's nine sectors on the Mexican border with 1,114. (Photo by Eugene Garcia/AP Photo)
Edit Del
16 Jun 2021 10:17:00, post received 0 comments
Publication archive:
←   →
Popular tags:
All tags
Last searches: