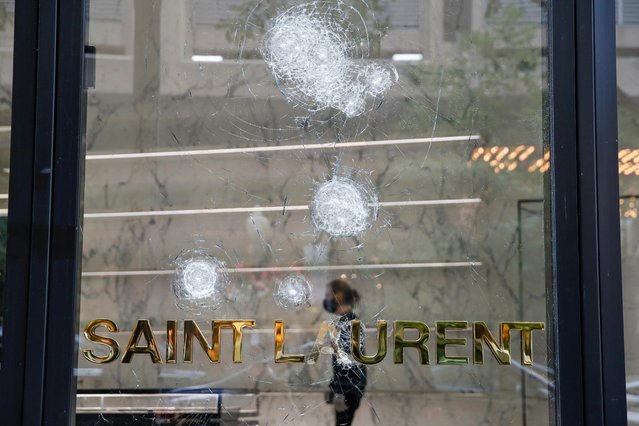 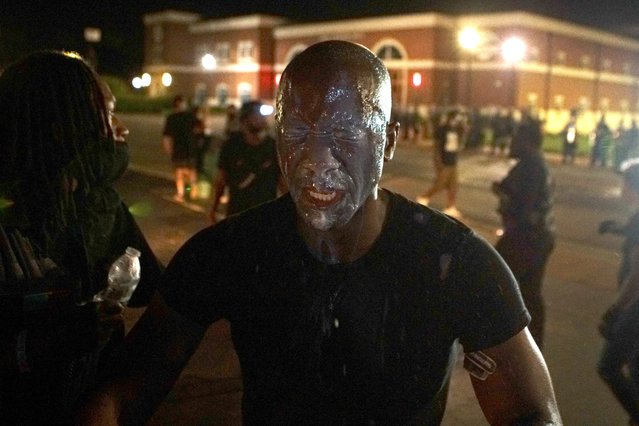 Filmmaker Chris Phillips is treated after being maced during a protest marking six years since 18-year-old Michael Brown Jr. was shot dead by the police in Ferguson, Missouri, U.S. August 9, 2020. (Photo by Lawrence Bryant/Reuters) 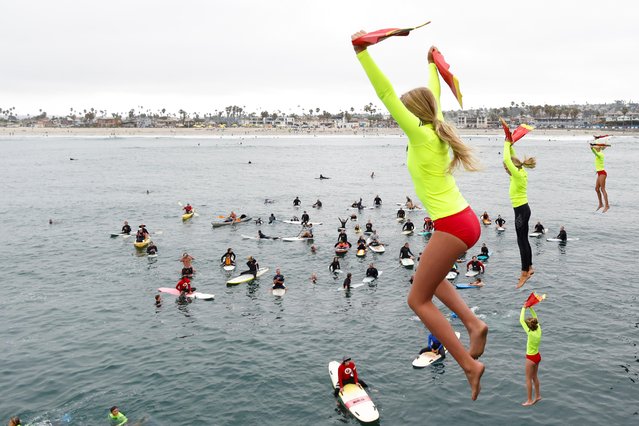 Participants of the City of San Diego Junior Lifeguard Program jump from the pier in an annual rite of passage during the outbreak of coronavirus disease (COVID-19) in Ocean Beach, California, U.S., August 10, 2020. (Photo by Mike Blake/Reuters) 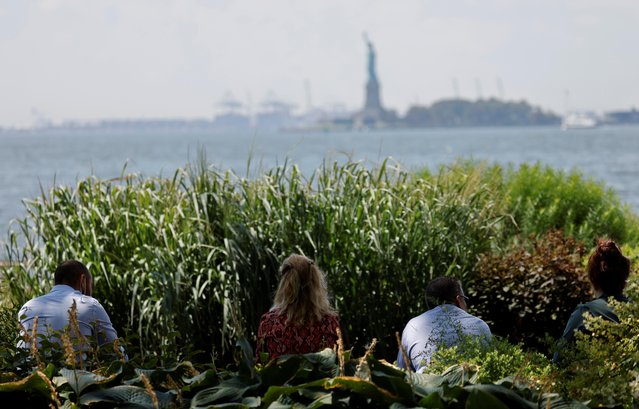 People sit in the shade away from the midday sun in Battery Park in Manhattan, during hot weather in New York City, New York, U.S., August 11, 2020. (Photo by Mike Segar/Reuters) 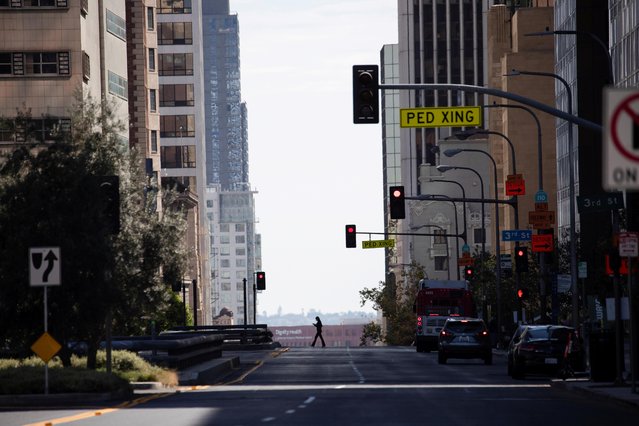 A person crosses an empty Grand Ave in downtown during the outbreak of the coronavirus disease (COVID-19), in Los Angeles, California, U.S., August 13, 2020. (Photo by Mario Anzuoni/Reuters) 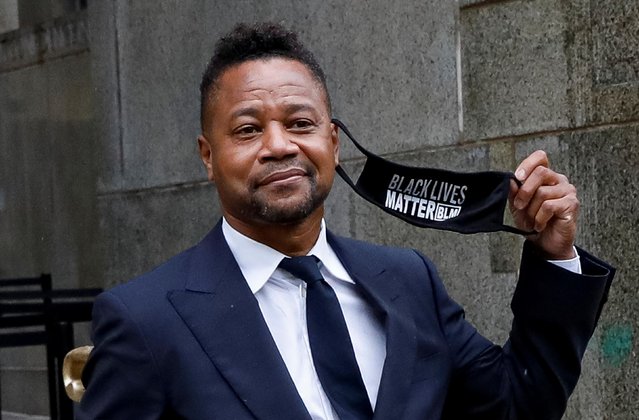 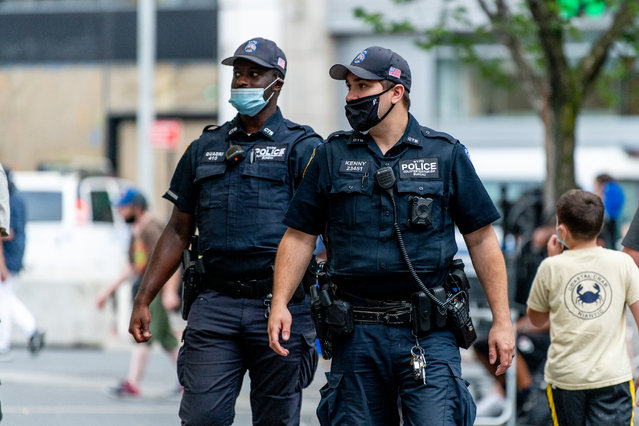 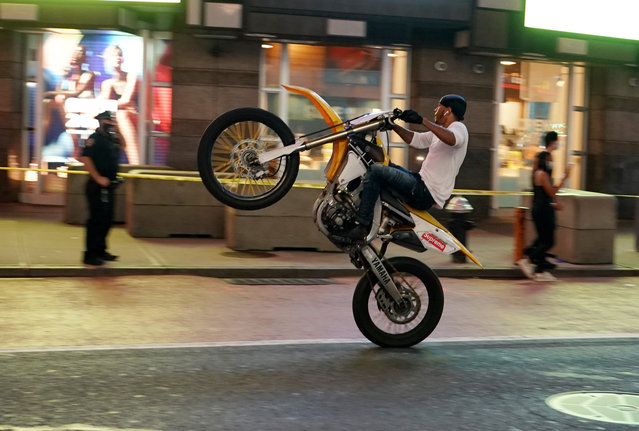 A man pops a wheelie on a dirt bike on W 42nd Street in front of an NYPD officer during the summer of the coronavirus pandemic in New York, NY on August 13, 2020. (Photo by Christopher Sadowski/The New York Post) 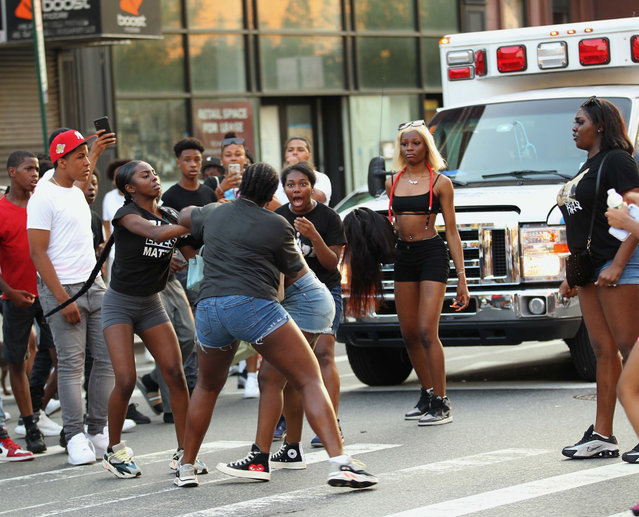 An assault at 125th Street and Dr. Martin Luther King Jr. Boulevard in Harlem, after a basketball game on August 9, 2020. Police vehicles responded but no officers intervened. (Photo by G.N.Miller/The New York Post) 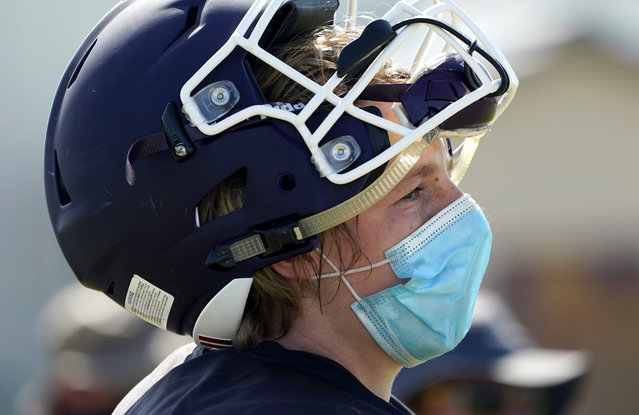 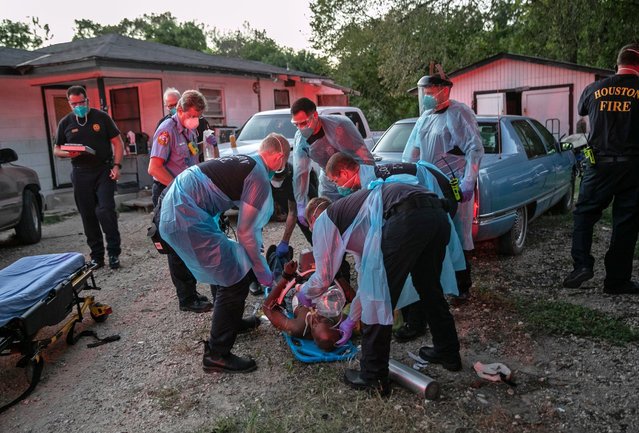 Houston Fire Department EMS medics prepare to transport a man to a hospital after he suffered cardiac arrest on August 11, 2020 in Houston, Texas. Heart failure is a frequent result of COVID-19. Firefighters and medics wear protective masks on all medical calls, whether patients have been tested for COVID-19 or not, in order to protect themselves from infection. (Photo by John Moore/Getty Images) 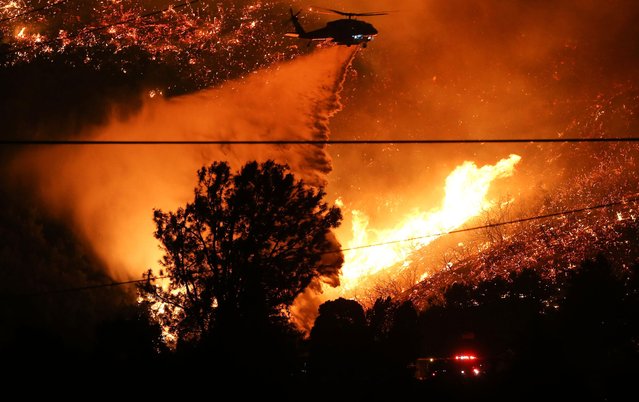 A firefighting helicopter performs a water drop over the Lake Fire on August 12, 2020 in Lake Hughes, California. The fire, which quickly grew to 10,000 acres, was burning in the Lake Hughes area of Angeles National Forest prompting mandatory evacuations and threatening around 100 structures. (Photo by Mario Tama/Getty Images) 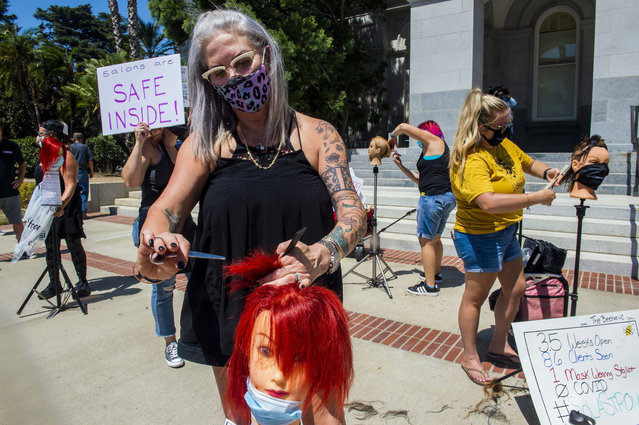 Kimberly Morris, of Walnut Creek, cuts the hair of a mannequin with other hairdressers at the California Capitol in downtown Sacramento, Calif., on Tuesday, August 11, 2020, as part of a protest against state coronavirus restrictions prohibiting salons from operating indoors. (Photo by Daniel Kim/The Sacramento Bee via AP Photo) 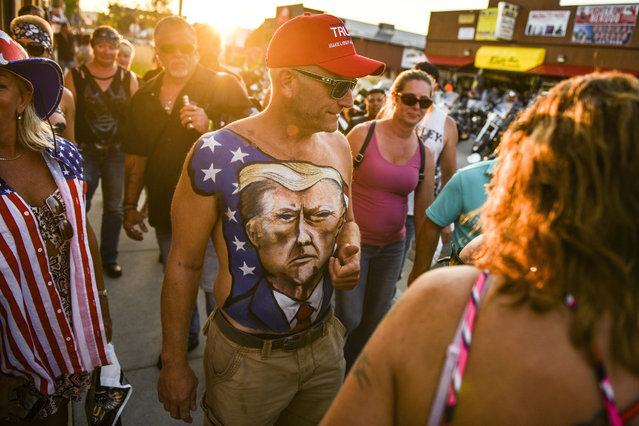 Johne Riley walks down Main Street showing off his chest painted with a portrait of President Donald Trump during the 80th Annual Sturgis Motorcycle Rally on August 7, 2020 in Sturgis, South Dakota. While the rally usually attracts around 500,000 people, officials estimate that more than 250,000 people may still show up to this year's festival despite the coronavirus pandemic. (Photo by Michael Ciaglo/Getty Images) 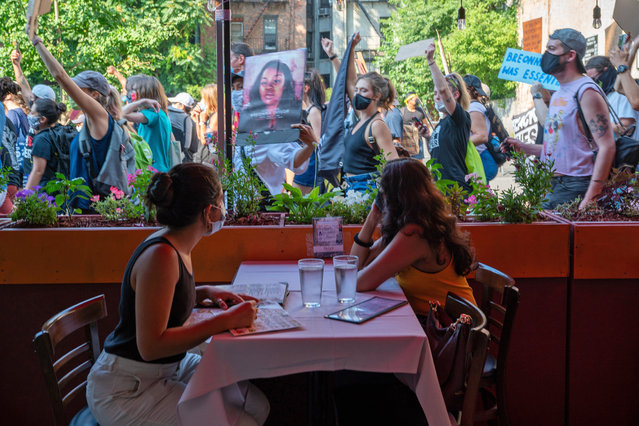 Protesters gather at Times Square to march uptown via the Henry Hudson Parkway on August 9, 2020 in New York City. Protesters took to the streets to demand the arrest of the officer responsible for the death of Breonna Taylor on March 13, 2020 in Louisville, Kentucky. (Photo by David Dee Delgado/Getty Images) 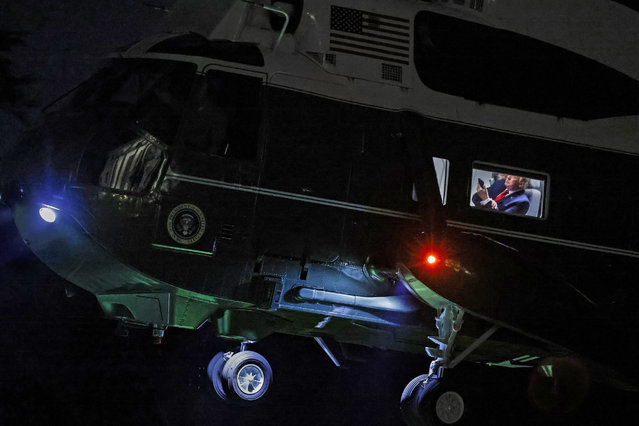 President Donald Trump looks at his cell phone as Marine One arrives at the South Lawn of the White House on August 9, 2020 in Washington, DC. The President spent the weekend at his property in New Jersey where he attended multiple campaign and fund raising events. (Photo by Samuel Corum/Getty Images)
Edit Del
17 Aug 2020 00:05:00, post received 0 comments
Publication archive:
←   →
Popular tags:
All tags
Last searches: