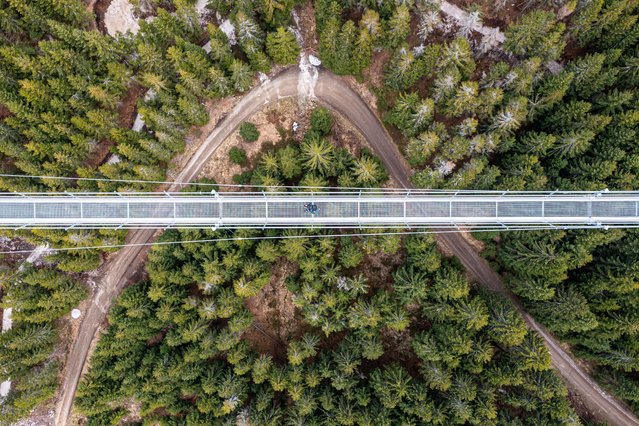 A view of the newly completed world's longest suspension bridge, the “Sky Bridge 721”, in Dolni Morava, Czech Republic, 09 May 2022. The structure connecting the ridges of two mountain peaks is 721 meters long and rises 95 meters above the valley. The facility will be officially opened on 13 May 2022. (Photo by Maciej Kulczynski/EPA/EFE) 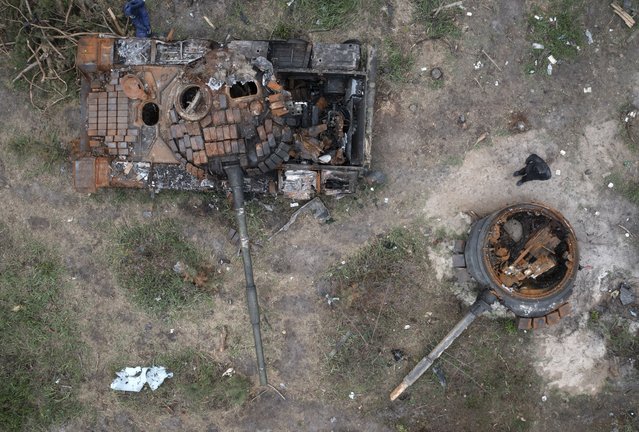 A man passes by Russian tanks destroyed in a recent battle against Ukrainians in the village of Dmytrivka, close to Kyiv, Ukraine, Monday, May 23, 2022. (Photo by Efrem Lukatsky/AP Photo) 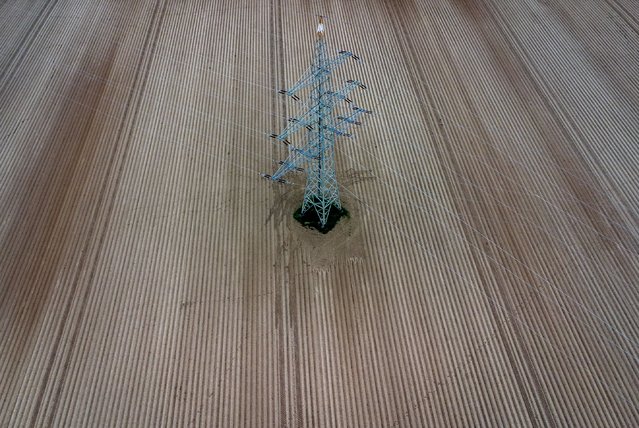 A power pole stands on a field in the outskirts of Frankfurt, Germany, Wednesday, May 4, 2022. (Photo by Michael Probst/AP Photo) 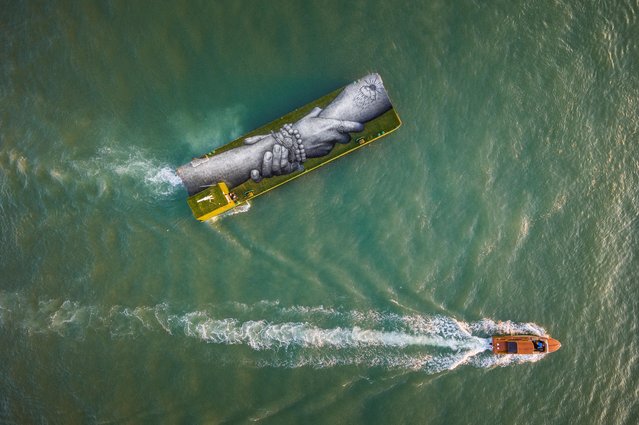 An aerial view shows an artwork by French-Swiss artist Saype called “Beyond Walls” on a floating barge, part of a series of interlocked hands as part of a project creating a spray-painted “human chain” across the world to encourage humanity and equality, in Venice, Italy on April 16, 2022. (Photo by Valentin Flauraud for Saype/Handout via Reuters) 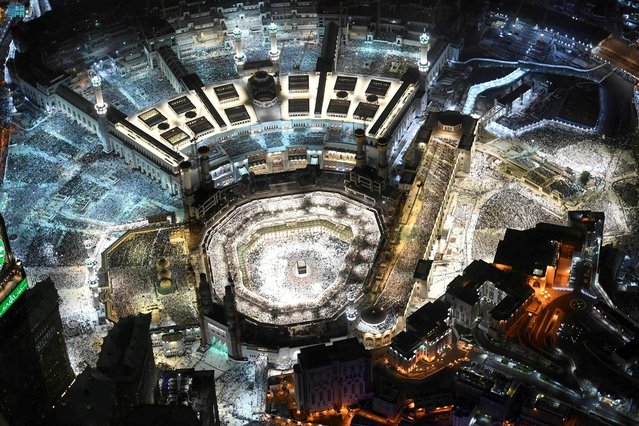 Muslims perform late night prayers on the night of 27th Ramadan in the Grand Mosque during the holy month of Ramadan, in the holy city of Mecca, Saudi Arabia on April 27, 2022. (Photo by Saudi Press Agency via Reuters) 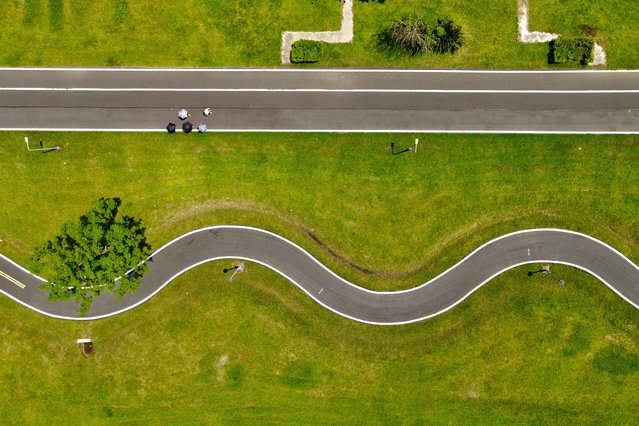 An aerial view shows local people walking at a park in Taipei, Taiwan on April 23, 2022. (Photo by Sam Yeh/AFP Photo) 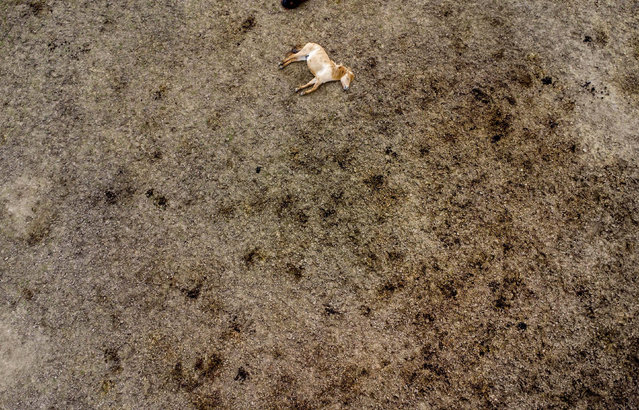 An Icelandic horse rests in its paddock at a stud farm in Wehrheim near Frankfurt, Germany, Tuesday, May 3, 2022. (Photo by Michael Probst/AP Photo) 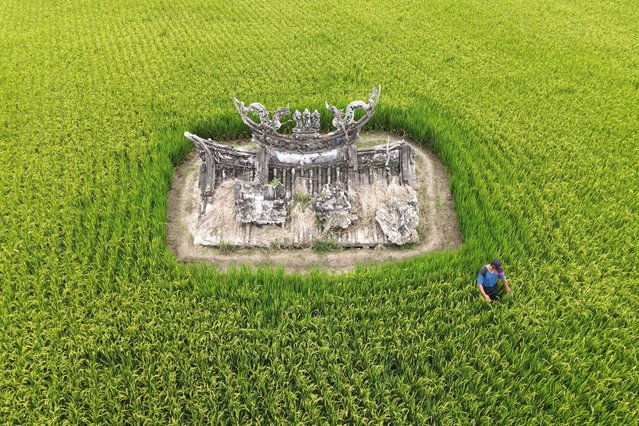 An aerial view shows a farmer sorting his rice field surrounding the relics of Wu Fu Taoist temple which sunk during flooding in 1959, in Chiayi on May 21, 2022. (Photo by Sam Yeh/AFP Photo) 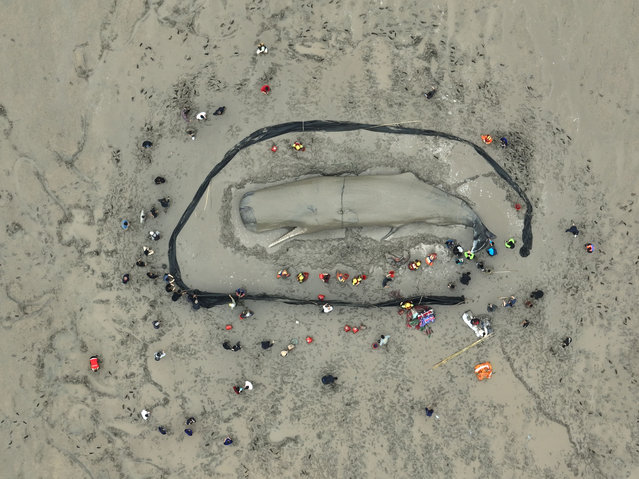 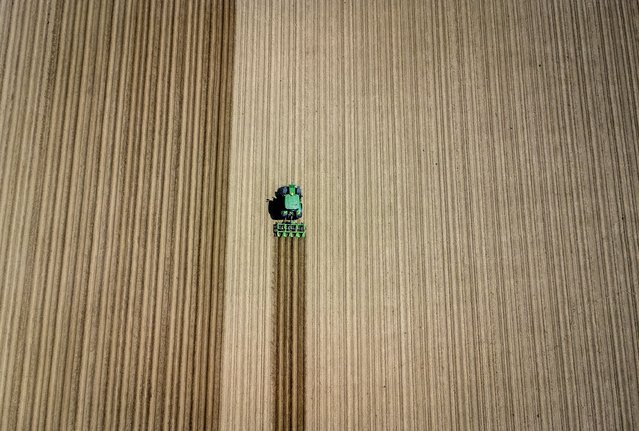 A farmer drives his tractor over a field in Wehrheim near Frankfurt, Germany, Wednesday, May 11, 2022. (Photo by Michael Probst/AP Photo) 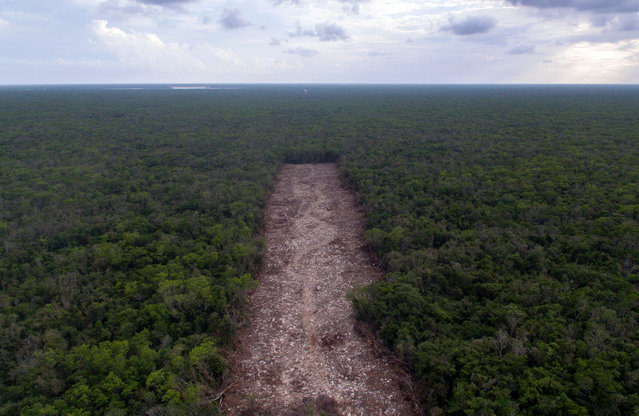 Aerial view showing the construction site of Section 5 South of the Mayan Train between the resorts of Playa del Carmen and Tulum which was halted by a district judge pending resolution of an injunction sought by scuba divers and environmentalists – in Playa del Carmen, Quintana Roo State, Mexico, on April 27, 2022. (Photo by Pedro Pardo/AFP Photo) 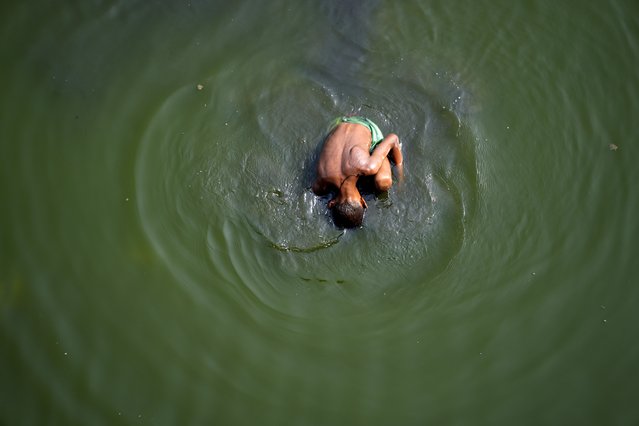 A boy searches for coins thrown by Hindu devotees in river Yamuna where water levels have reduced drastically following hot weather in New Delhi, India, Monday, May 2, 2022. The Indian capital, like many other parts of South Asia, is in the midst of a record-shattering heatwave. (Photo by Manish Swarup/AP Photo) 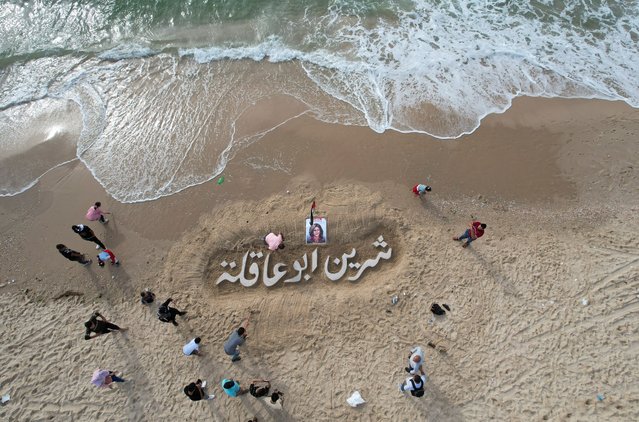 A sand sculpture reads “Shireen Abu Akleh”, for the Al Jazeera reporter who was killed in an Israeli raid in the Israeli-occupied West Bank, on a beach in Gaza City May 11, 2022. Picture taken with a drone. (Photo by Mohammed Salem/Reuters) 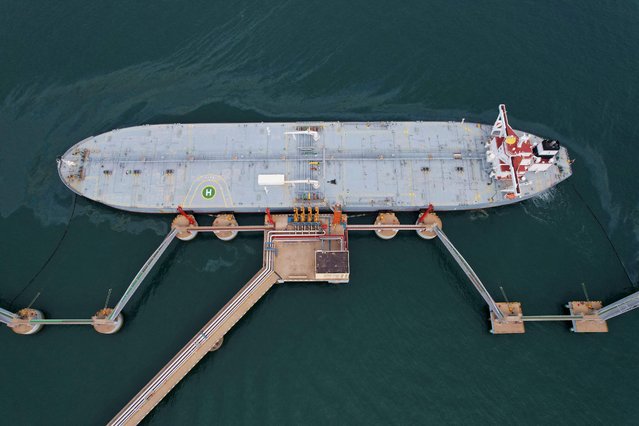 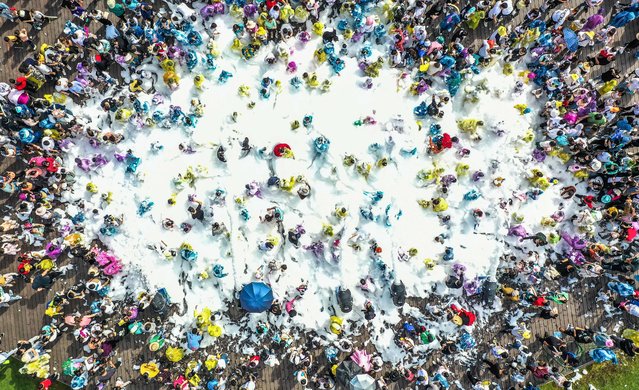