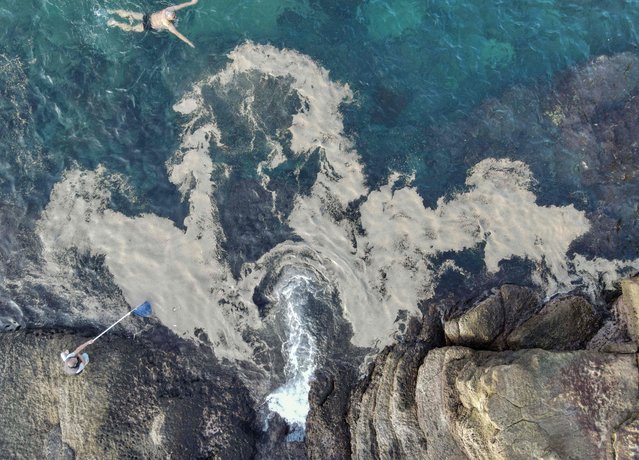 This aerial photo shows a man (bottom L) cleaning tiny pumice stones from the sea at the Waimushan Seaside area in the city of Keelung on December 16, 2021, after the debris drifted to the northern coast of Taiwan from the Fukutoku-Okanoba underwater volcano which began erupting some 1,280 km (800 miles) off the southern coast of Japan in August. (Photo by Sam Yeh/AFP Photo) 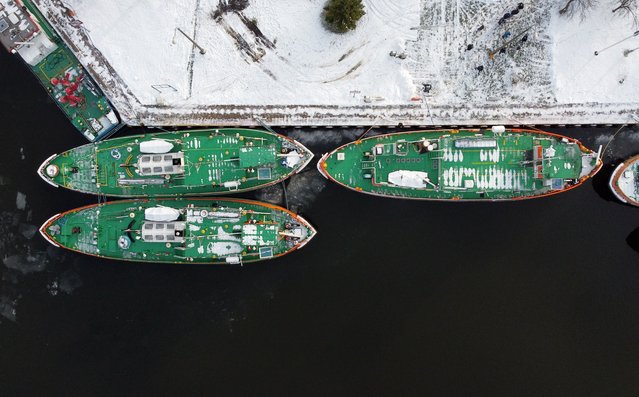 Icebreakers on the wharf of the Water Supervision Authority in Szczecin, Poland, 28 December 2021. Polish Waters in Szczecin begins the Polish-German icebreaking action 2021/2022. The first icebreakers will probably sail on the Odra river, Regalica and Border Odra this week. (Photo by Marcin Bielecki/EPA/EFE) 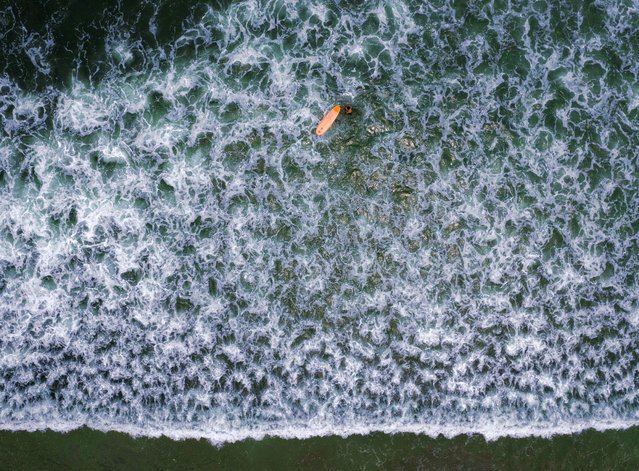 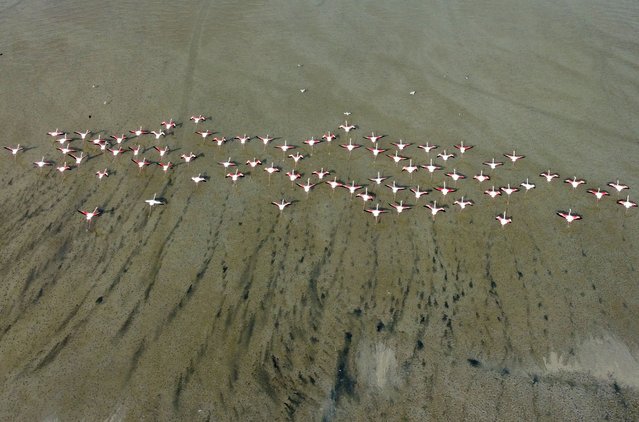 Flamingoes take flight after feeding at a beach north of Kuwait City on December 28, 2021. (Photo by Yasser Al-Zayyat/AFP Photo) 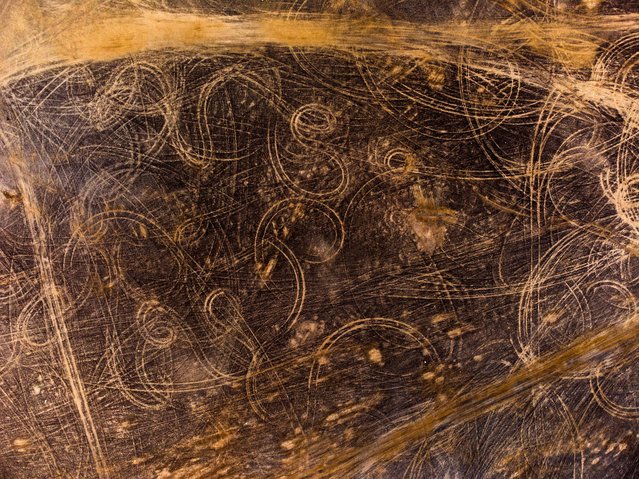 An aerial view of tire tracks on the landscape of a military range in the Negev desert, southern Israel on December 18, 2021. (Photo by Amir Cohen/Reuters) 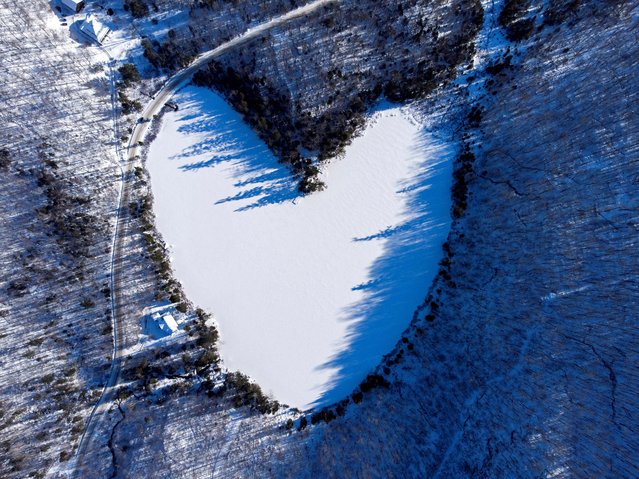 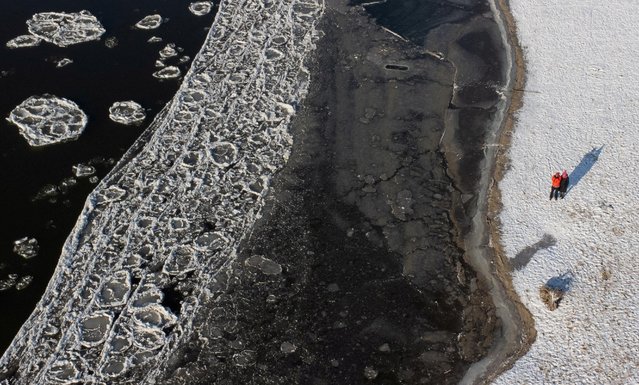 People stand on the bank of the Vistula river during winter in Warsaw, Poland December 27, 2021. Picture taken with drone. (Photo by Kacper Pempel/Reuters) 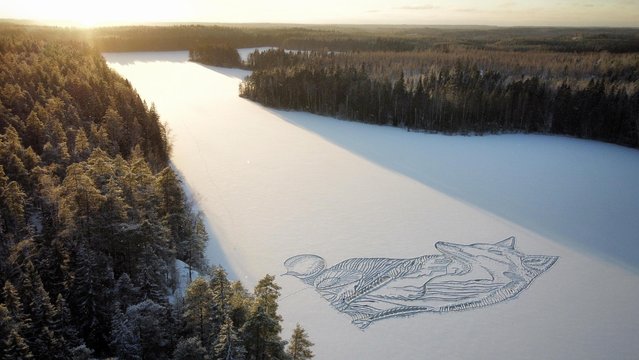 A 90-metre drawing of a fox on the frozen Pitkajarvi lake north of Helsinki, Finland on December 4, 2021, created by an architect-designer who hopes it will “make people happy and encourage them to go out to hike in a beautiful nature”. (Photo by Pasi Widgren/AP Photo) 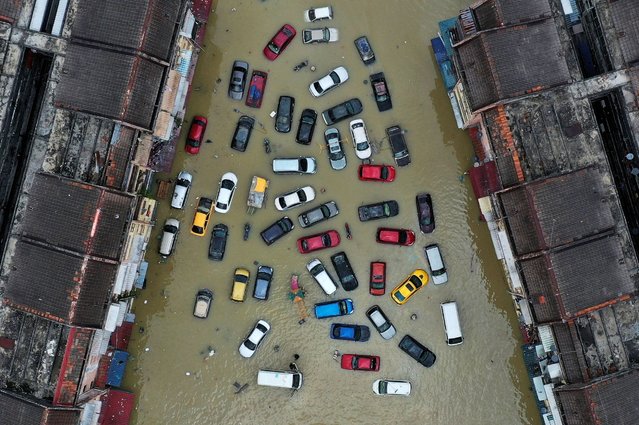 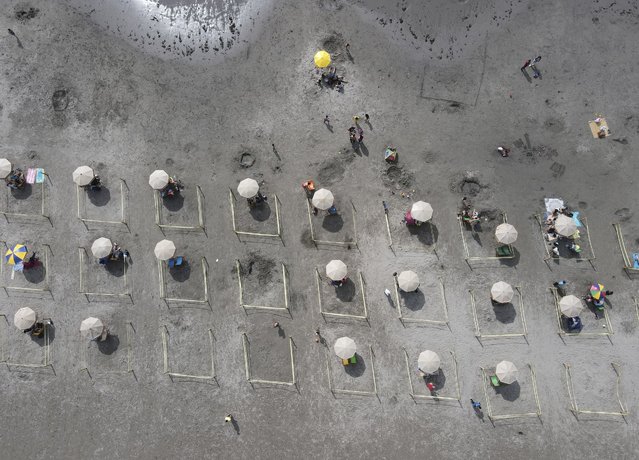 People rest in their separate areas on the beach amid the COVID-19 pandemic at Los Yuyos beach in Lima, Peru, Thursday, December 16, 2021. (Photo by Martin Mejia/AP Photo) 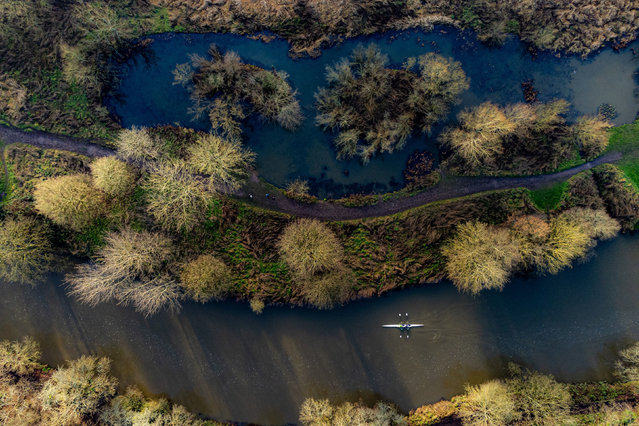 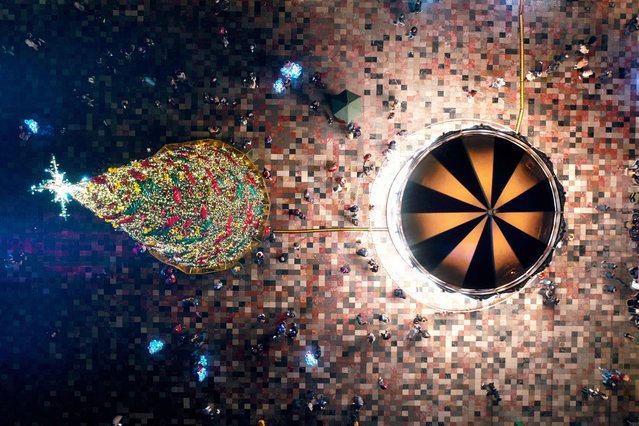 Aerial view of Skanderbeg Square in Tirana, lit with Christmas decorations and surrounded by an open Christmas market on December 29, 2021. (Photo by Gent Shkullaku/AFP Photo) 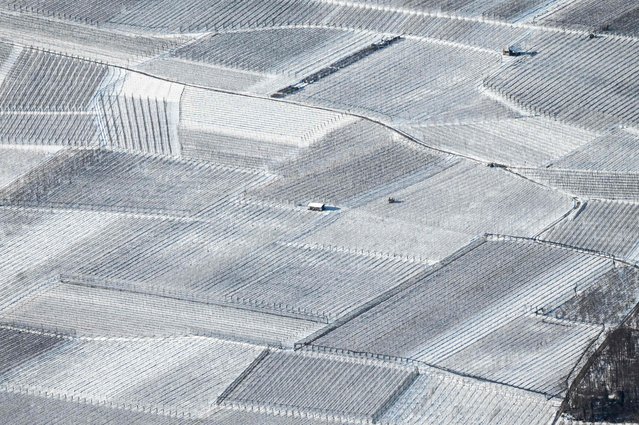 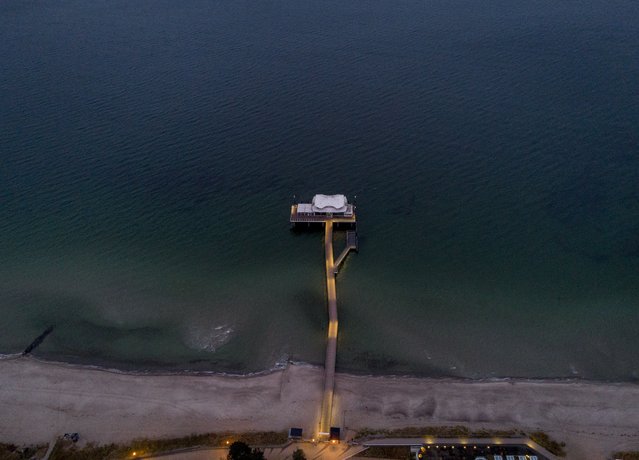 A pier with a tea house is located at the Baltic Sea in Timmendorfer Strand, northern Germany, Sunday, December 19, 2021. (Photo by Michael Probst/AP Photo) 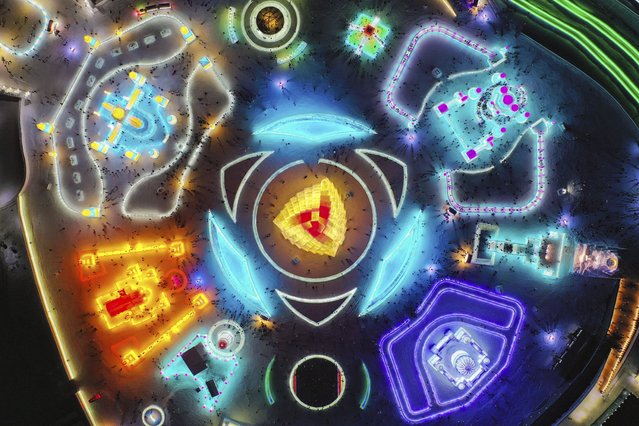 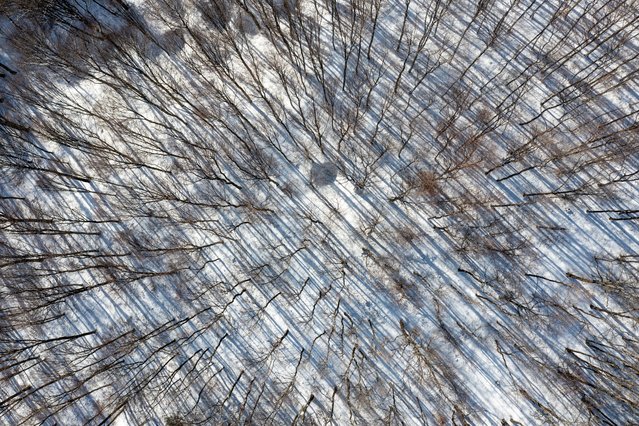