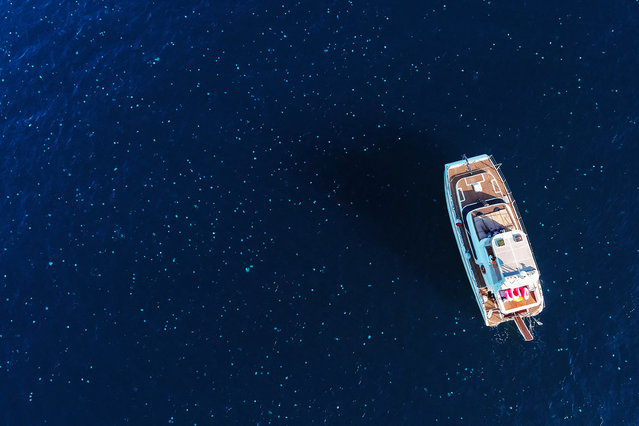 Jellyfish seen in large numbers around a boat near the coast of Haifa at the Mediterranean sea, Israel on July 25, 2022. (Photo by Nir Elias/Reuters) 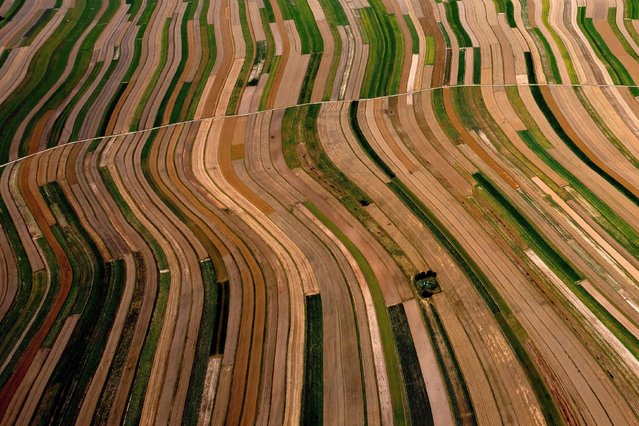 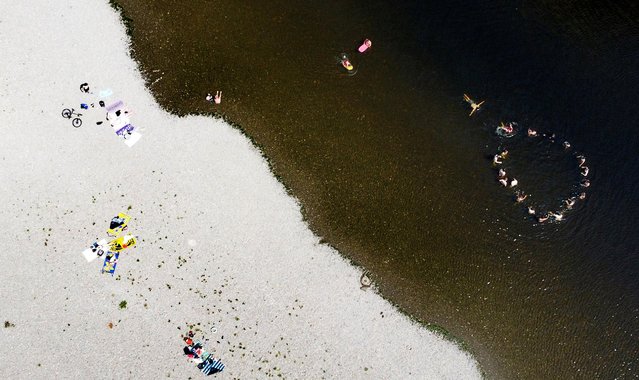 People swim in the River Wye during a heatwave in Britain, July 18, 2022. (Photo by Carl Recine/Reuters) 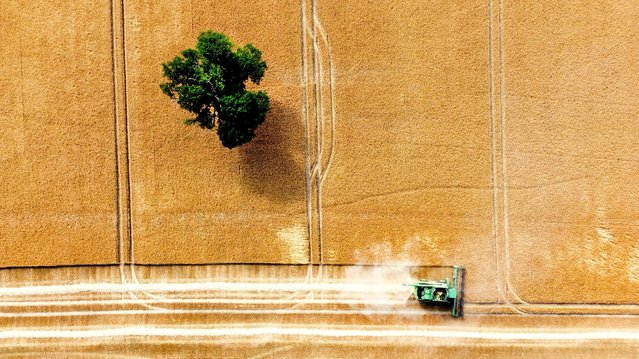 Harvest takes place in fields during a heatwave in Shrewsbury, Britain on July 18, 2022. (Photo by Carl Recine/Reuters) 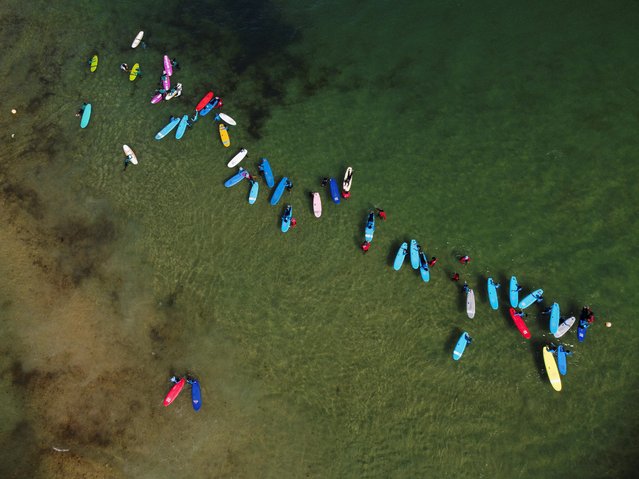 Children surf in the Mediterranean sea during a summer surf camp, at the city of Ashkelon on July 25, 2022. (Photo by Amir Cohen/Reuters) 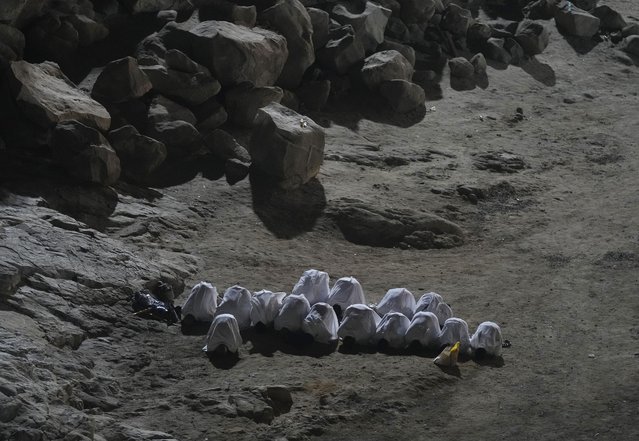 Muslim pilgrims pray on the rocky hill known as the Mountain of Mercy, on the Plain of Arafat, during the annual hajj pilgrimage, near the holy city of Mecca, Saudi Arabia, Friday, July 8, 2022. (Photo by Amr Nabil/AP Photo) 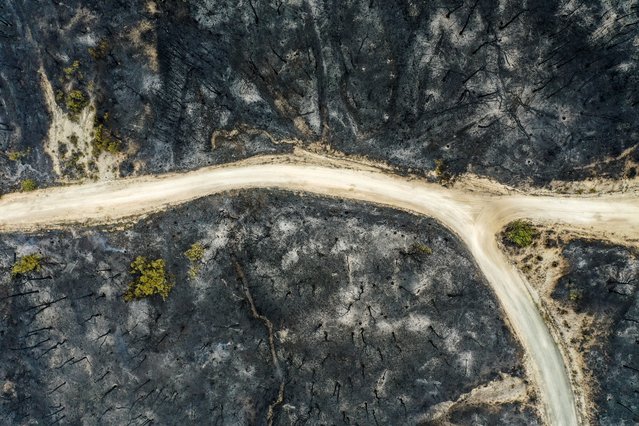 Charred trees are seen as a wildfire burns in the Dadia National Park, in the region of Evros, Greece, July 25, 2022. (Photo by Alexandros Avramidis/Reuters) 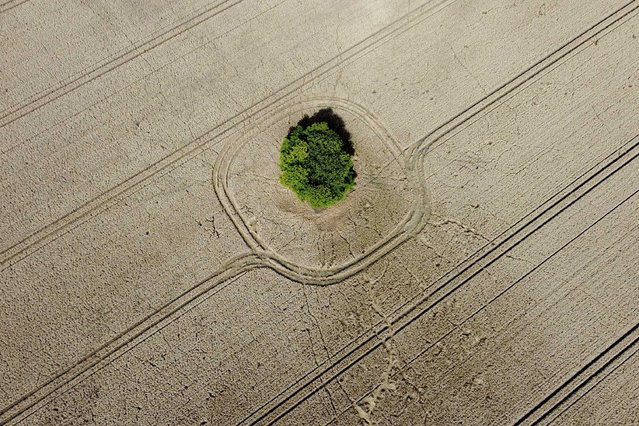 A tree is surrounded by a cornfield near Wernigerode, Germany, Monday, July 18, 2022. High temperatures around 30 degrees determine the weather for the upcoming days in Germany. (Photo by Matthias Schrader/AP Photo) 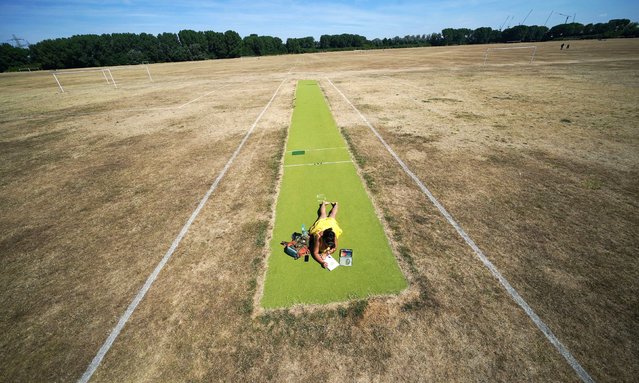 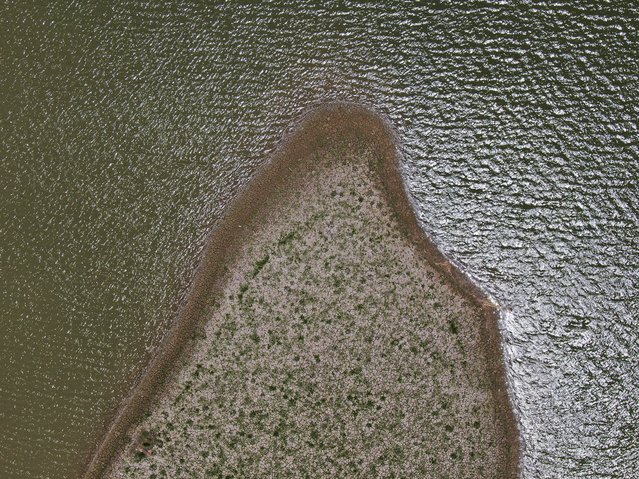 Dry, cracked land is visible in The Boca reservoir that supplies water to the northern city of Monterrey is almost dry as the northern part of Mexico is affected by an intense drought, in Santiago, Mexico, Saturday, July 9, 2022. Local authorities began restricting water supplies in March, as a combination of an intense drought, poor planning and high use has left the three dams that help supply the city dried up, with thousands of homes not receiving any water for weeks. (Photo by Fernando Llano/AP Photo) 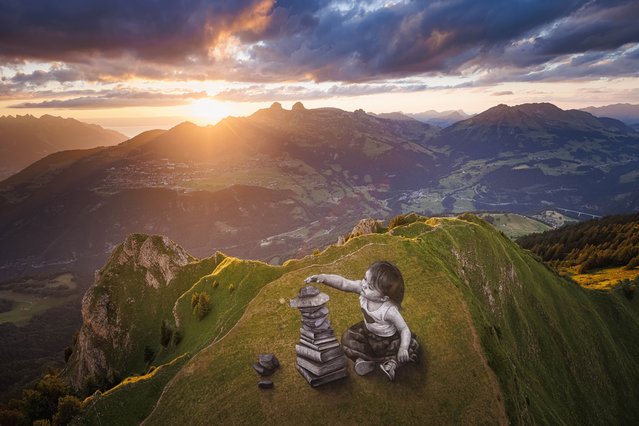 A giant biodegradable landart painting entitled “Vers l'equilibre” (Towards balance) by French-Swiss artist Saype is pictured near the summit of the Grand Chamossaire mountain, above the alpine resort of Villars-sur-Ollon, Switzerland, Wednesday, July 06, 2022. Extending over an area of 2500 square meters, this fresco was created using biodegradable pigments made out of charcoal, chalk, water and milk proteins. (Photo by Valentin Flauraud/Keystone via AP Photo) 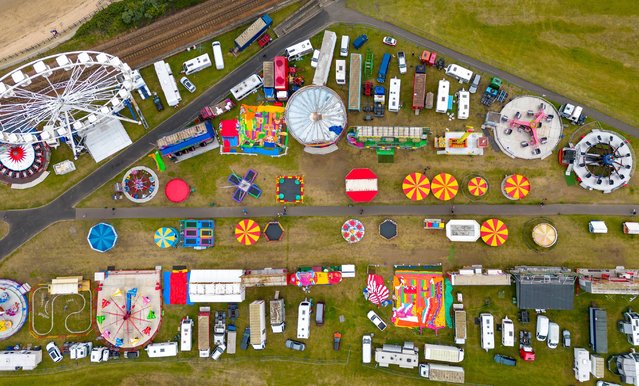 Looking down from a drone on a traditional summer funfair beside the beach at Burntisland in Fife, Scotland on July 3, 2022. (Photo by Iain Masterton/Alamy Live News) 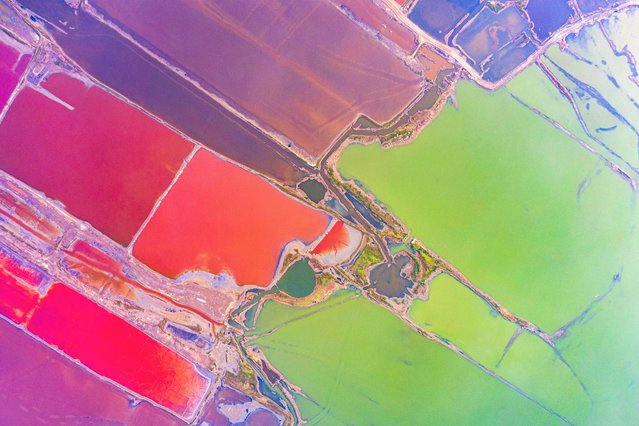 Aerial view of a colorful salt lake on July 12, 2022 in Yuncheng, Shanxi Province of China. (Photo by VCG/VCG via Getty Images) 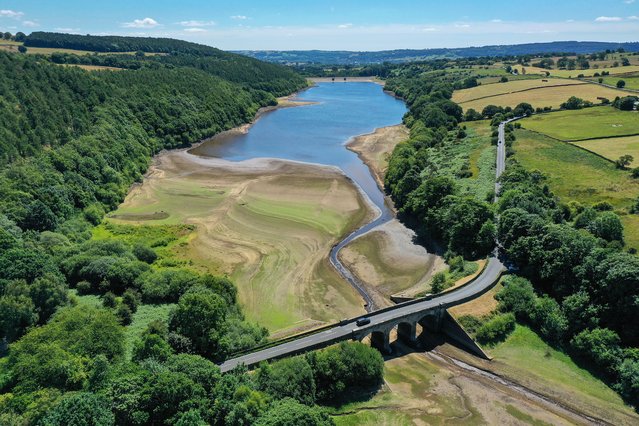 An aerial view of the drying out bed and receded water levels at Lindley Wood Reservoir on July 13, 2022 in Otley, England. A spokesman for Yorkshire Water, the regional water utility, noted that Lindley Wood is a "compensation reservoir" that takes excess water from nearby reservoirs that supply customers. In a heatwave like England is currently experiencing, residential demand for water is high, and water would not be sent to overflow reservoirs like Lindley Wood. (Photo by Christopher Furlong/Getty Images) 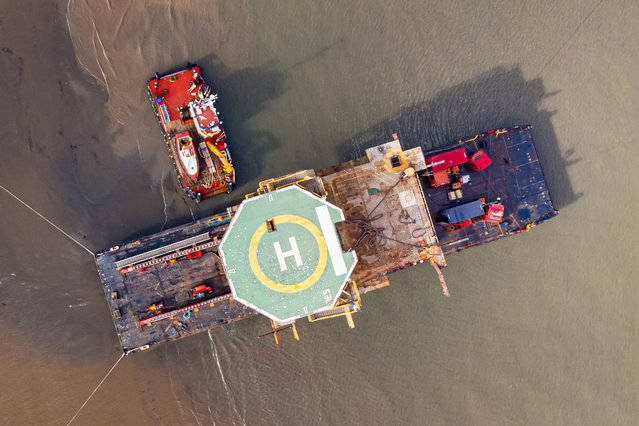