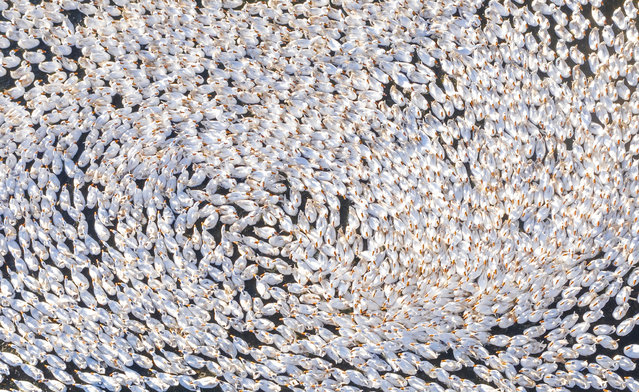 Aerial view of a farmer feeding over 6,000 geese at a farm on November 12, 2020 in Sihong County, Jiangsu Province of China. (Photo by Zhang Lianhua/VCG via Getty Images) 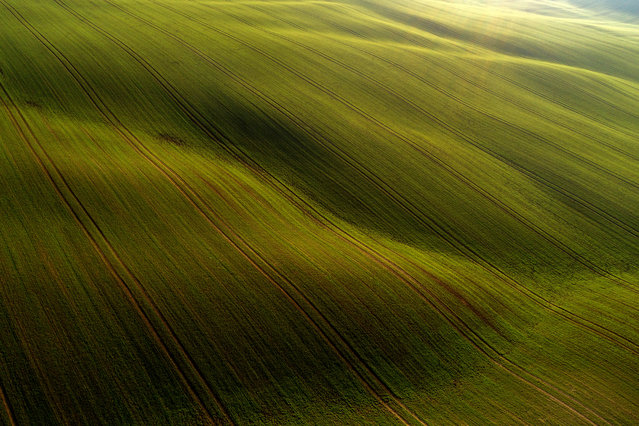 A picture taken on November 12, 2020 shows the 2,362 meters high mountain Niesen casting its near-perfect pyramid shape shadow during sunset across Lake Thun near Spiez in the Berner Alps. The weather phenomenon that has inspired many artist to depict it happens during clear weather conditions form mid November till the 20th of January and reaches its peak on December 21st. (Photo by Stefan Wermuth/AFP Photo) 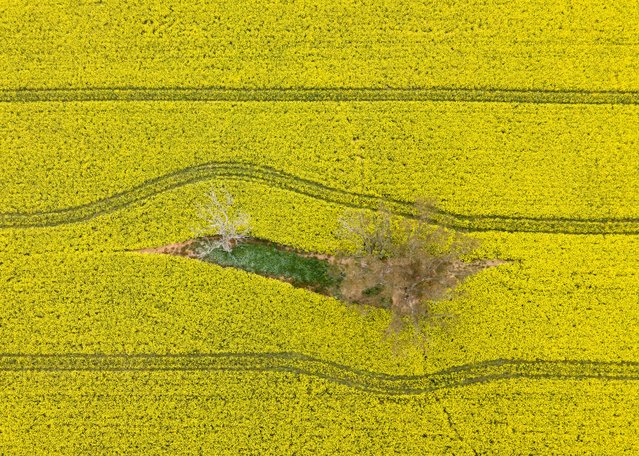 An aerial view of vast canola fields near the small town of Harden are pictured on September 29, 2020 in Harden, Australia. Farmers in NSW are enjoying a bumper harvest following drought breaking rains during the Australian winter. Above average rainfall between March and August has helped NSW emerge out of a prolonged drought, with winter crop production expected to increase year on year by 60 per cent. (Photo by Brook Mitchell/Getty Images) 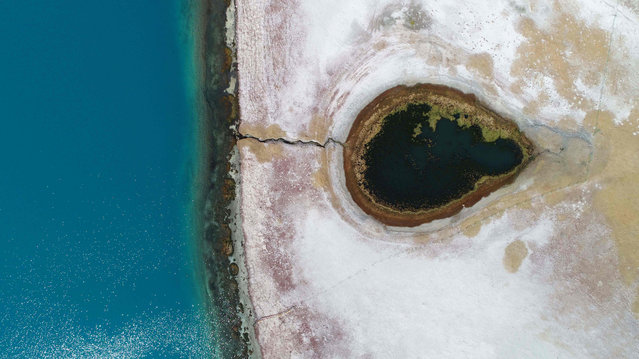 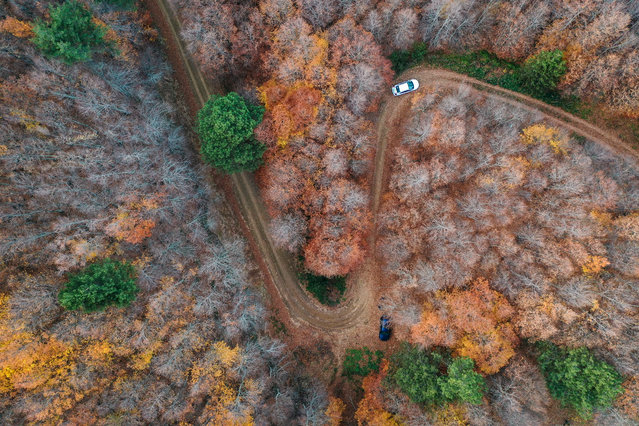 A drone photo shows fall folaige wih tones of yellow, red and brown colors of Uludag Mountain, one of the most significant winter tourism destination of Turkey, on November 29, 2020 in Bursa, Turkey. (Photo by Sergen Sezgin/Anadolu Agency via Getty Images) 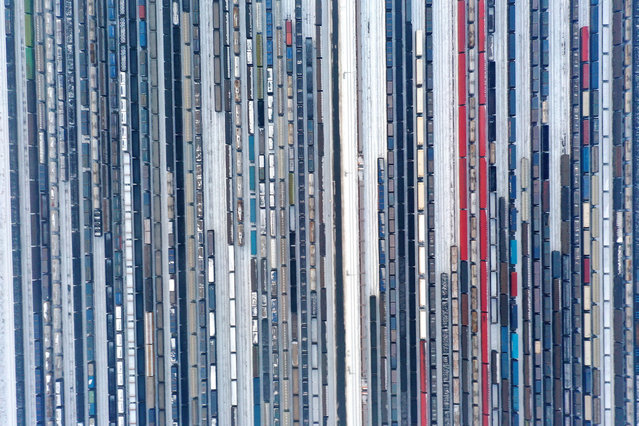 Aerial view of freight trains sitting parked at Harbin South Railway Station after a snowfall on November 27, 2020 in Harbin, Heilongjiang Province of China. (Photo by VCG/VCG via Getty Images) 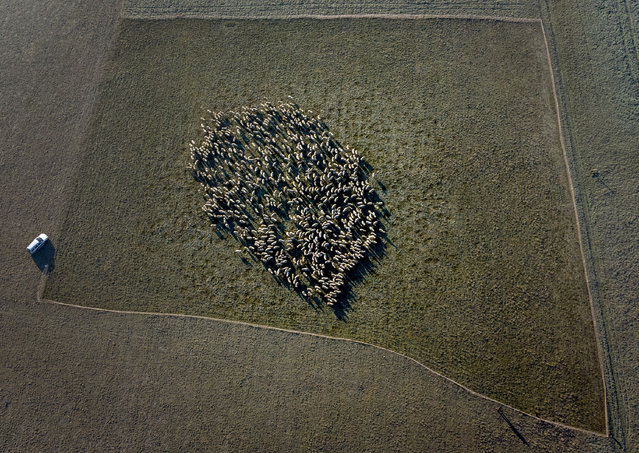 Sheep stand together in their enclosure on a field in Rodgau near Frankfurt, Germany, Monday, November 30, 2020. (Photo by Michael Probst/AP Photo) 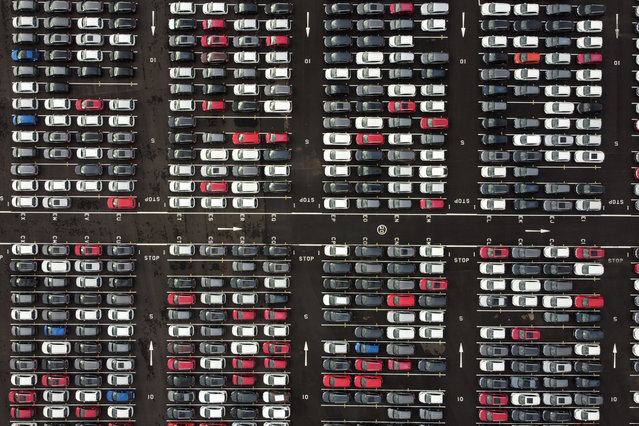 An aerial view shows Lines of new Honda cars parked up at the Royal Portbury Dock in Avonmouth, near Bristol in south-west England on December 4, 2020. In the absence of a Brexit deal, the UK and the EU would move from almost seamless trade in many areas to trading on standard terms set by the World Trade Organization. This could see European tariffs of 37.5% imposed on UK exports of dairy products to the continent, 11.5% on clothes, 22% on vans and trucks and 10% on cars. (Photo by Ben Stansall/AFP Photo) 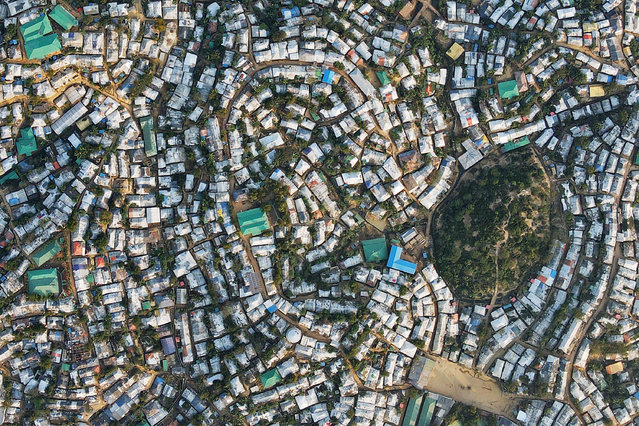 In this aerial picture taken on December 4, 2020, the Kutupalong camp for Rohingya refugees is pictured in Ukhia, Bangladesh. (Photo by AFP Photo/Stringer) 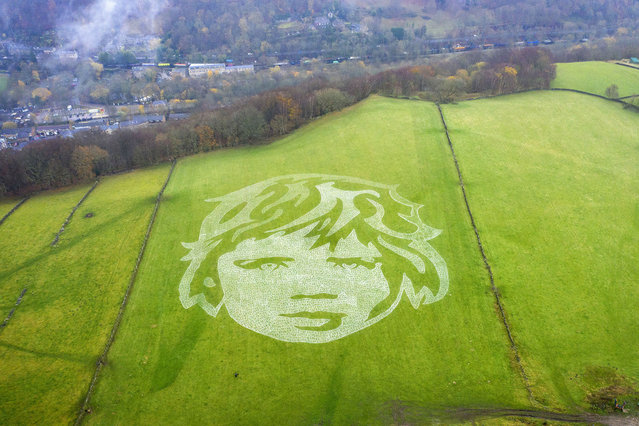 A 110m-wide mural of a child's face adorns the hillside above Hebden Bridge on November 20, 2020 in Hebden Bridge, England. The mural covering 11,000 square metres was created by local artists Sand In Your Eye to highlight International Children’s Day. The work is titled “6000 Children” and was created to raise awareness that up to 6,000 children are at risk of dying daily, worldwide, as an indirect cause of the Coronavirus (Covid-19 ) pandemic. A team of six artists spent over three days creating the artwork which is supported by UNICEF. (Photo by Christopher Furlong/Getty Images) 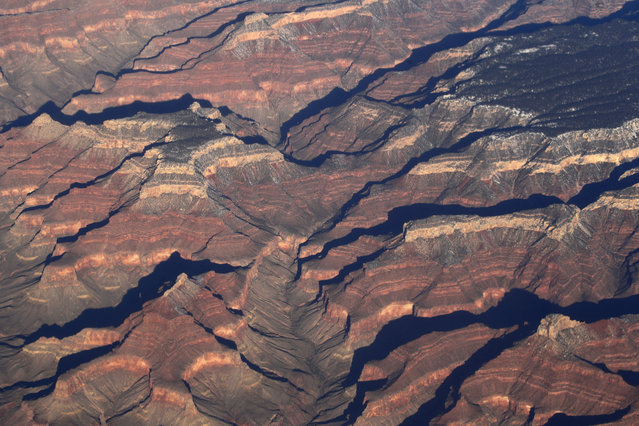 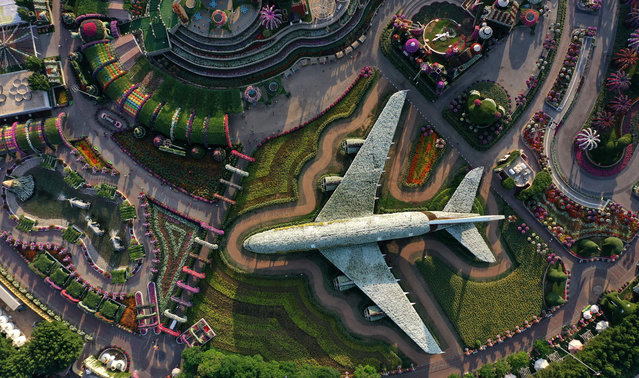 An aerial view shows a structure made of flowers of an Emirates Airlines Airbus A380 that made it to the Guinness Book of World Records, at the Dubai Miracle Garden, the world's largest flower garden, in the United Arab Emirates, on November 11, 2020. The Miracle Garden, home to giant floral structures and millions of flower and plant varieties, is open for visitors from November 1. (Photo by Giuseppe Cacace/AFP Photo) 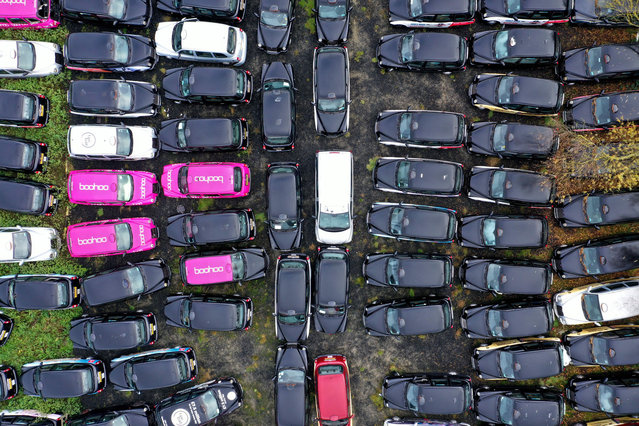 An aerial view shows black London taxi cabs parked up in a field in Epping, north-east of London on November 19, 2020. Picking up a fare has become so hard for London's legendary black cabs that many taxis are being mothballed. Some taxi drivers who hire their cabs have returned them to fleet companies, which are then forced to store the vehicles in fields around the city. (Photo by Will Edwards/AFP Photo) 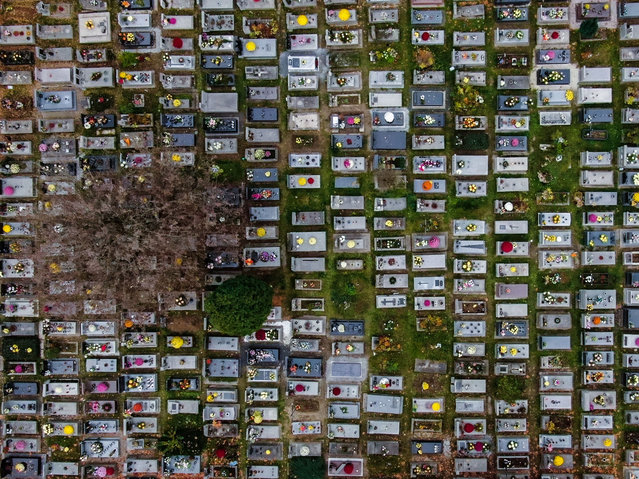 An aerial view of the closed historical Rakowicki Cemetery on November 01, 2020 in Krakow, Poland. Poland's Prime Minister, Mateusz Morawiecki, announced the closure of the cemeteries from October 31st to November 2nd as part of the latest restrictive measures to tackle the spread of the coronavirus. Poland today reported reported 17,171 new covid-19 cases and 152 deaths. (Photo by Omar Marques/Getty Images)