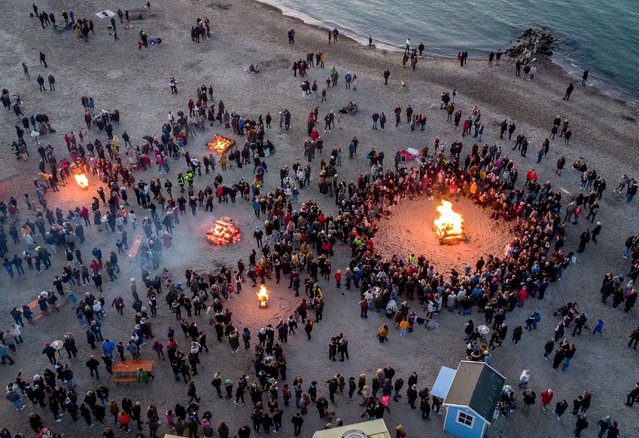 People gather around Easter bonfires at the beach of the Baltic Sea in Niendorf, Germany, Saturday, April 16, 2022. (Photo by Michael Probst/AP Photo) 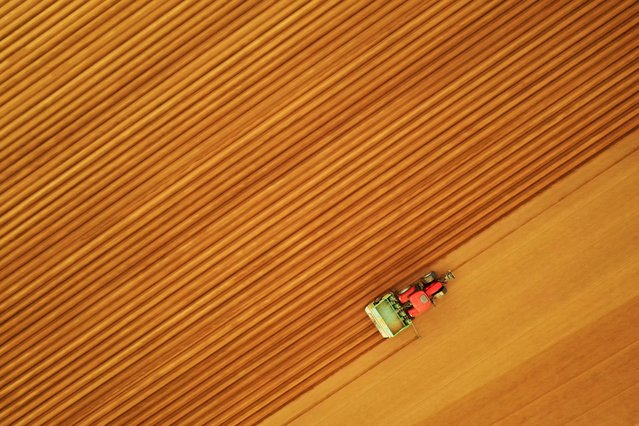 A farmer drives a tractor in his field while planting potatoes in Tilloy-lez-Cambrai, near Cambrai, France, April 12, 2022. Picture taken with a drone. (Photo by Pascal Rossignol/Reuters) 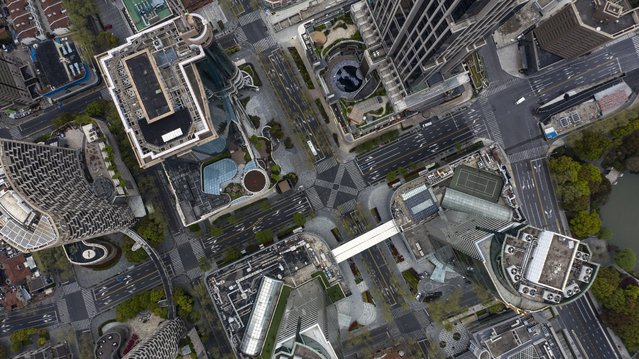 Nearly-empty roads during a phased lockdown due to Covid-19 in Shanghai, China, on Tuesday, April 5, 2022. Shanghai reported more than 13,000 daily Covid cases for the first time, as a sweeping lockdown of its 25 million residents and mass testing uncovered extensive spread of the highly infectious omicron variant. (Photo by Qilai Shen/Bloomberg) 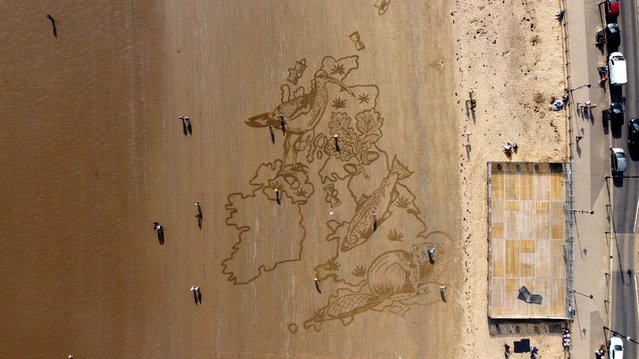 People walk past a huge sand drawing on South Bay Beach, created by Sand in Your Eyes to highlight young peoples alarm at the loss of wildlife in Scarborough, Britain, March 23, 2022. (Photo by Lee Smith/Reuters) 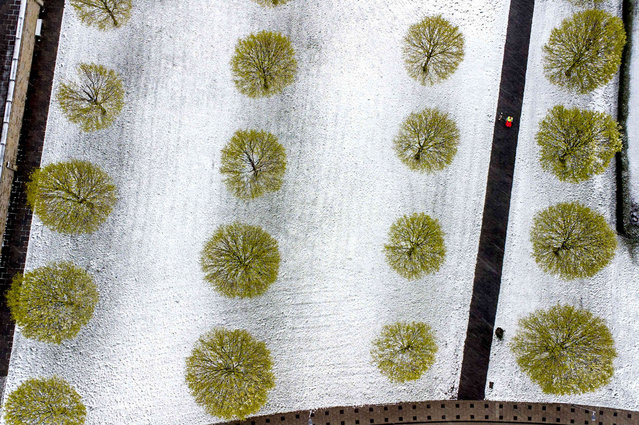 Green trees stand on a meadow that is covered with freshly fallen snow in Frankfurt, Germany, Saturday, April 2, 2022. (Photo by Michael Probst/AP Photo) 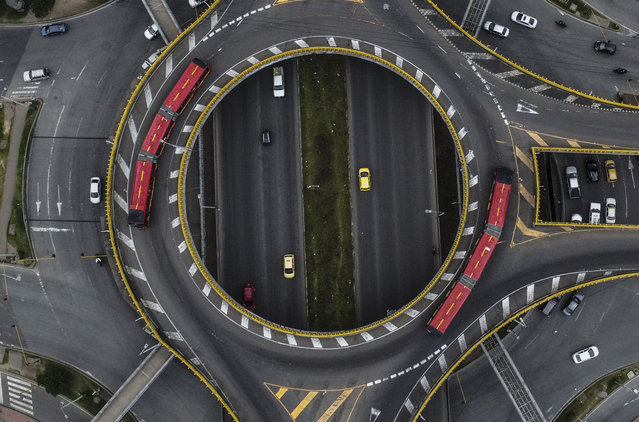 Aerial view of a highway in Bogota on April 10, 2022. (Photo by Juan Barreto/AFP Photo) 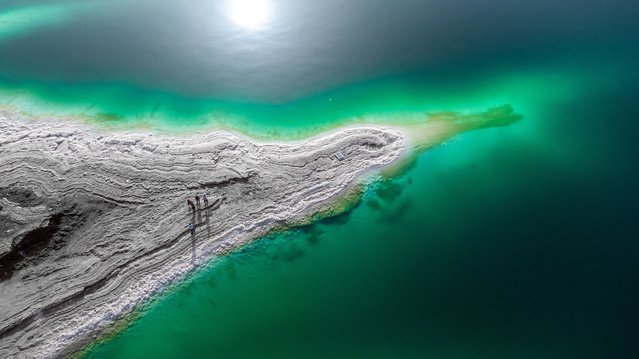 An aerial view of the Dead Sea, located 50 km from the capital Amman in Jordan on April 12, 2022. The Dead Sea, famous for its mud used for skin treatment, is one of the most visited places in Jordan by tourists. The lake, which has no life due to its high salt content, is called the “Dead Sea”. Most of the shores are covered with salt formation. The Dead Sea is considered the lowest point in the world. (Photo by Ali Balikci/Anadolu Agency via Getty Images) 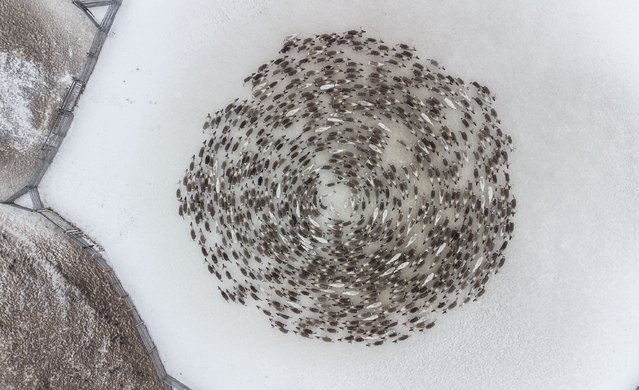 An aerial view of the circular motion of reindeer to protect themselves against external threats in Murmansk, Russia on April 8, 2022. Reindeer farms in Murmansk, by the Barent Sea, in northwestern Russia, prepare animals for spring. (Photo by Elena Ermolina/Anadolu Agency via Getty Images) 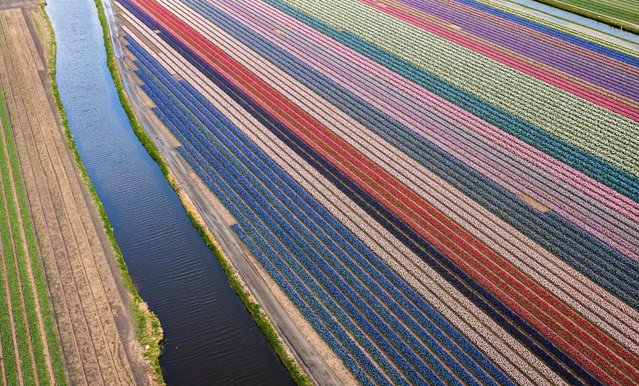 This aerial view shows rows of tulips and hyacinths in fields at Lissee in the “Bollenstreek” (Dutch flower region) on April 8, 2022. (Photo by Jeffrey Groeneweg/ANP via AFP Photo) 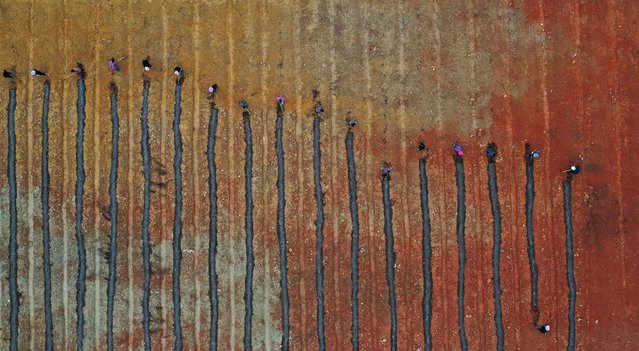 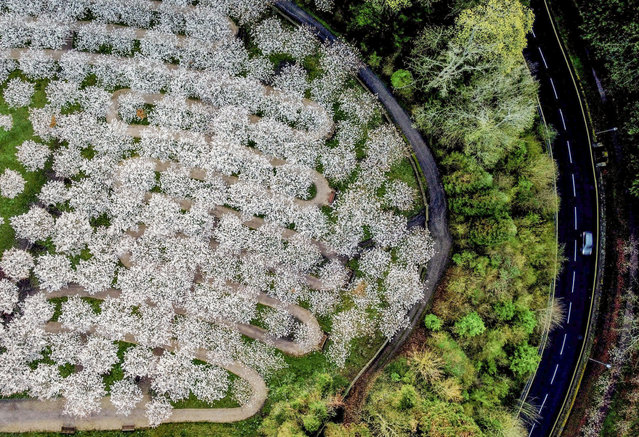 A car passes outside the Cherry Orchard at Alnwick Gardens, which has the largest collection of Taihaku trees, in Alnwick, Northumberland, Britain April 18, 2022. Picture taken with a drone. (Photo by Lee Smith/Reuters) 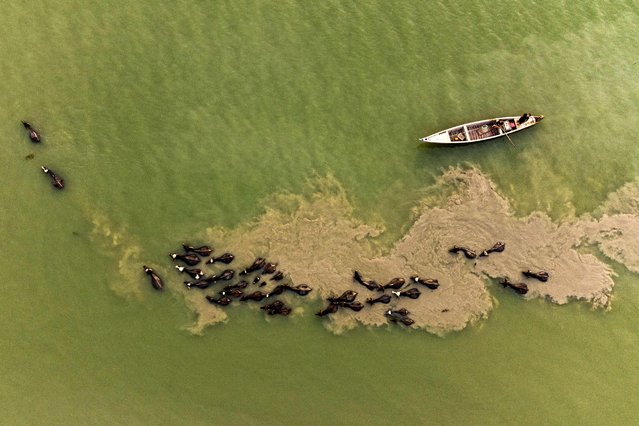 This picture taken on April 13, 2022 shows an aerial view of a herd of buffaloes swimming together past a fishing boat in the Shatt al-Arab waterway north of Iraq's southern city of Basra. (Photo by Hussein Faleh/AFP Photo) 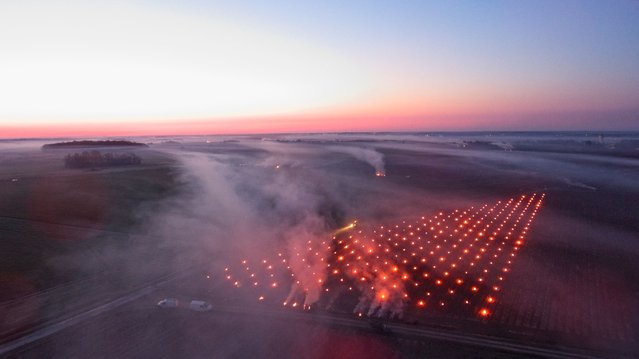 An aerial view taken near Vernou-sur-Brenne, central France, on April 4, 2022 shows the fires set in the Vouvray vineyards to protect them from the frost. (Photo by Guillaume Souvant/AFP Photo) 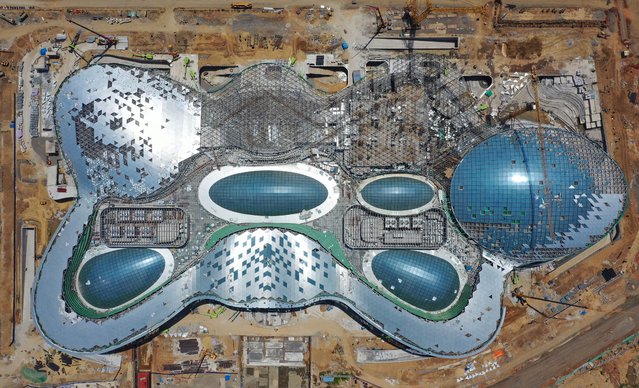