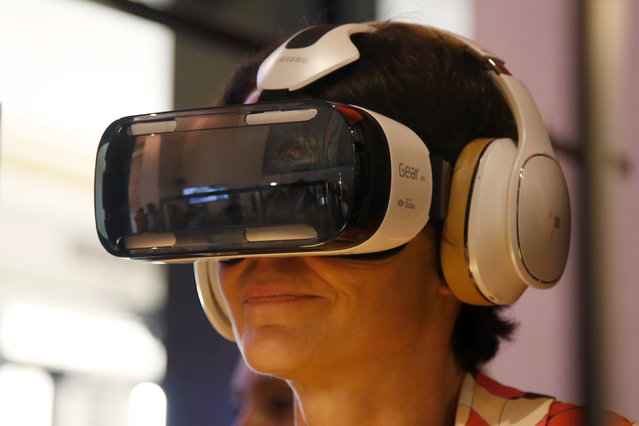 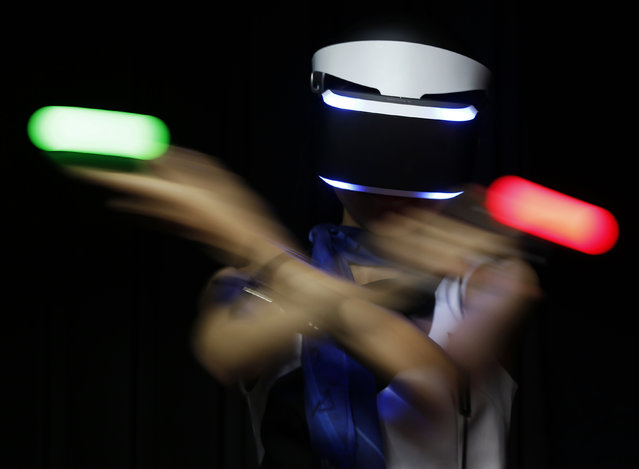 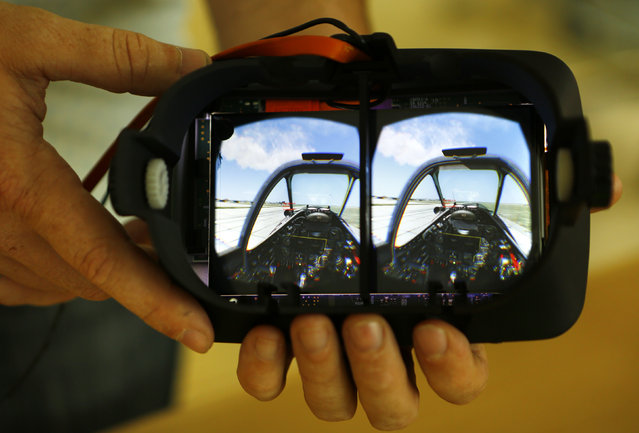 The stereoscopic view of an airplane cockpit is seen after the lenses are removed from a Vrvana virtual reality headset in Toronto September 12, 2014. (Photo by Chris Helgren/Reuters) 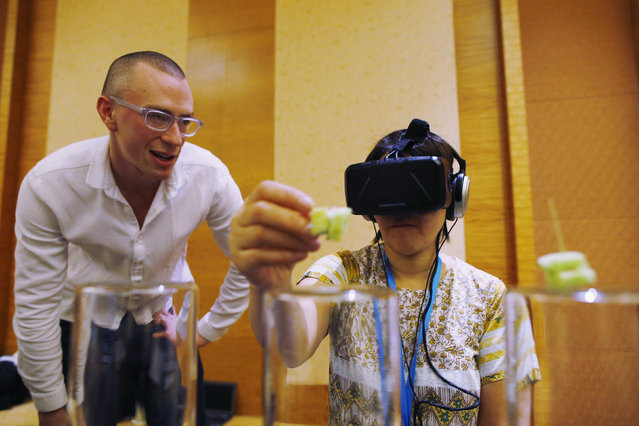 Dan Garrett of the Royal College of Art and Imperial College London watches as a visitor tastes food using Tasteworks technology, a Virtual Reality experience that augments and stimulates taste, during a design competition showcase of wearable technology at the Augmented Human International Conference in Singapore March 10, 2015. (Photo by Edgar Su/Reuters) 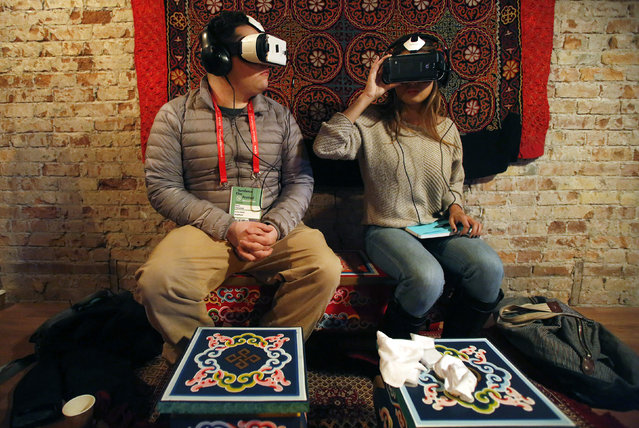 Members of the media try earphones and a headset used for virtual reality at the Sundance Film Festival in Park City, Utah January 23, 2015. The content is viewed on a wraparound-style headset that project a 360-degree panorama, giving viewers the feel of being in the action. (Photo by Jim Urquhart/Reuters) 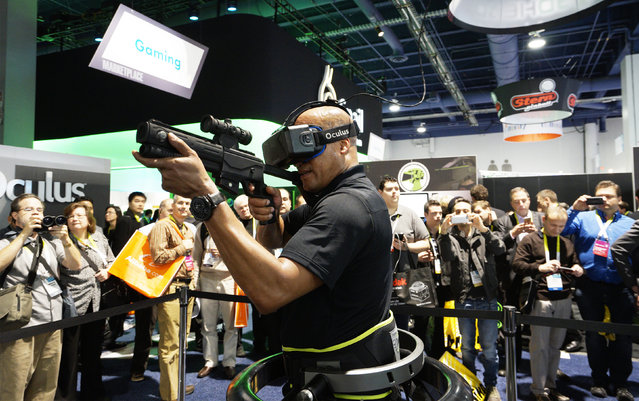 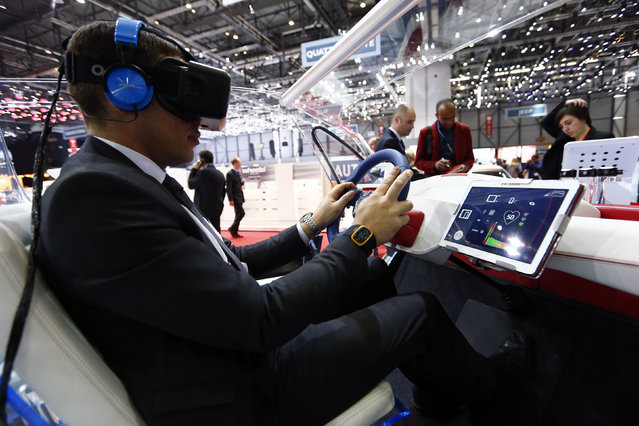 An employee sits inside a virtual reality connected car cockpit built by Segula Technologies during the first press day ahead of the 85th International Motor Show in Geneva March 3, 2015. (Photo by Arnd Wiegmann/Reuters) 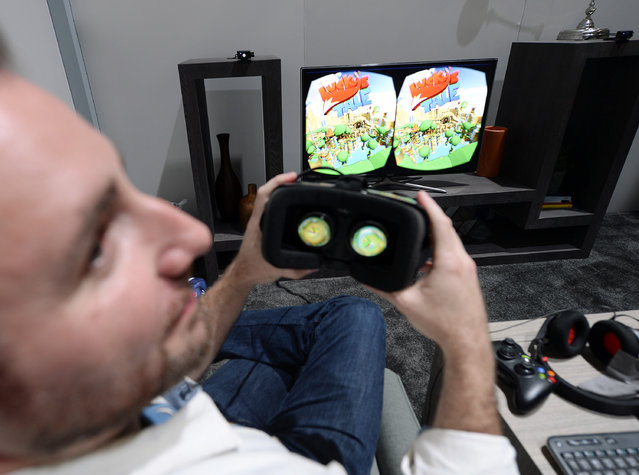 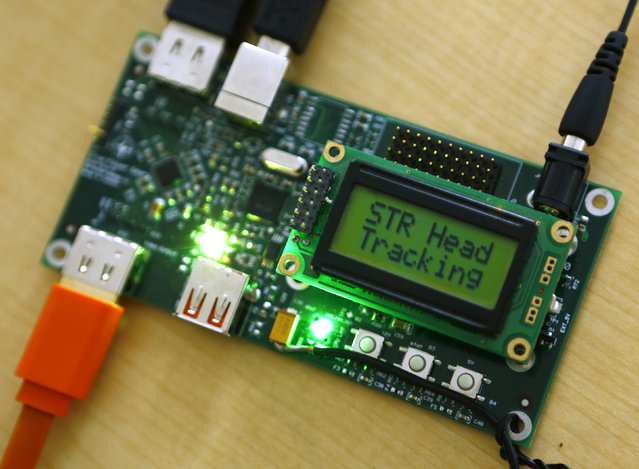 A circuit board controlling a Vrvana virtual reality headset is seen in Toronto September 12, 2014. (Photo by Chris Helgren/Reuters) 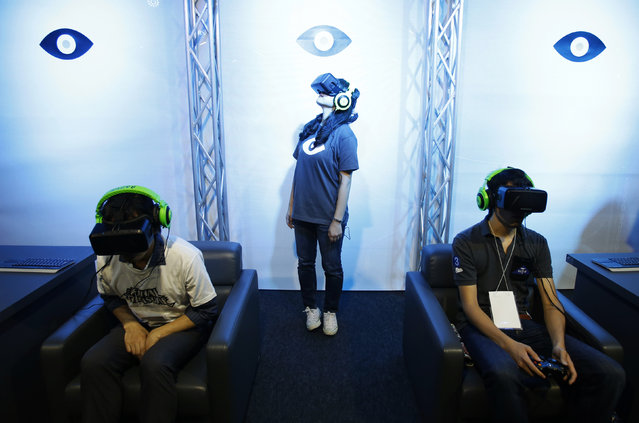 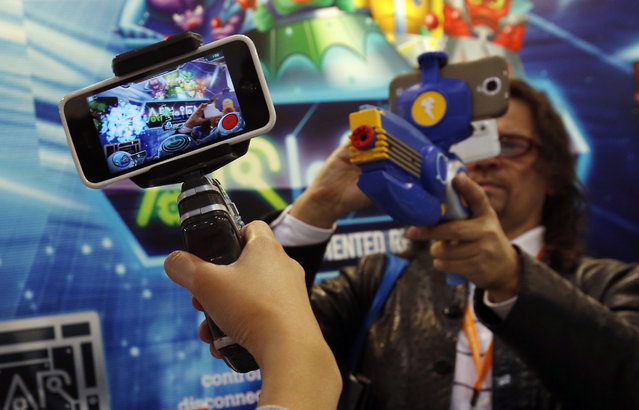