Fact Volcanoes in Past Months 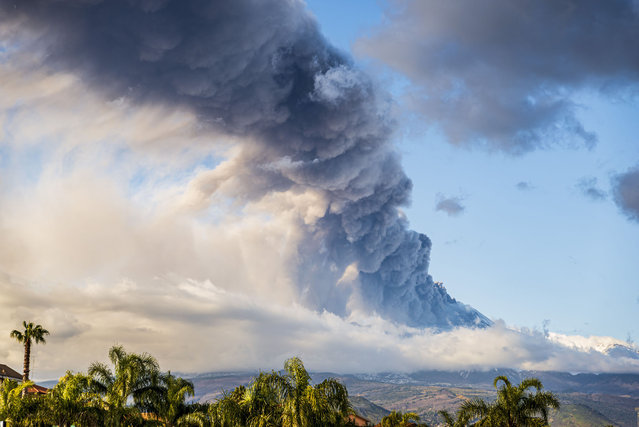 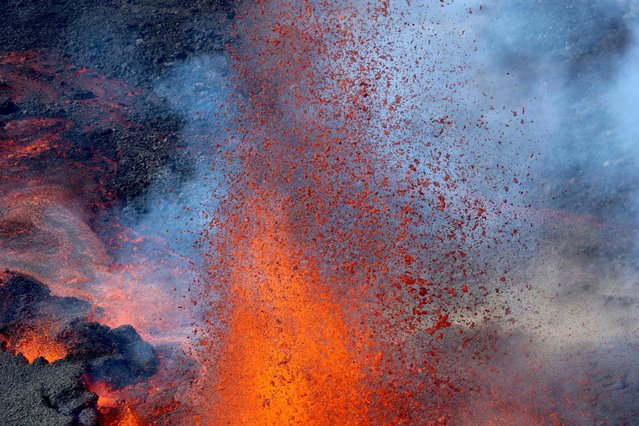 This aerial photograph taken on December 22, 2021 shows the erupting Piton de la Fournaise volcano on the French Indian Ocean island of Reunion. The Piton de la Fournaise, the volcano of Reunion, erupted for the second time of the year on December 22 at 3:30 am (12:30 am in Paris), indicates the volcanological observatory At least three eruptive cracks have opened on the southern flank of the volcano in the enclosure (the central caldera of the volcano), volcanologists have noted. The eruption takes place in a totally uninhabited area. (Photo by Richard Bouhet/AFP Photo) 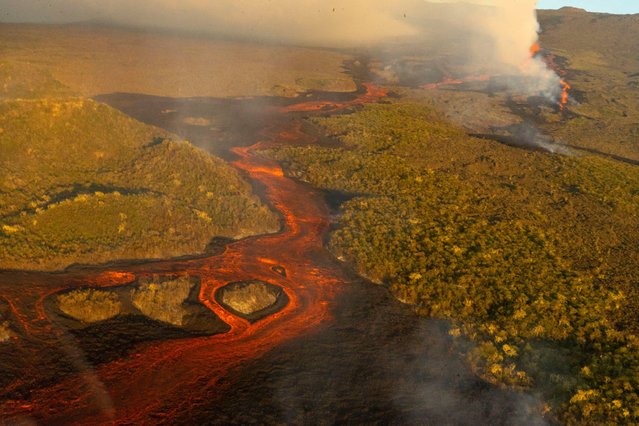 Lava is seen after the eruption of volcano Wolf on Isabela Island on the Galapagos, Ecuador on January 7, 2022. (Photo by Galapagos National Park/Handout via Reuters) 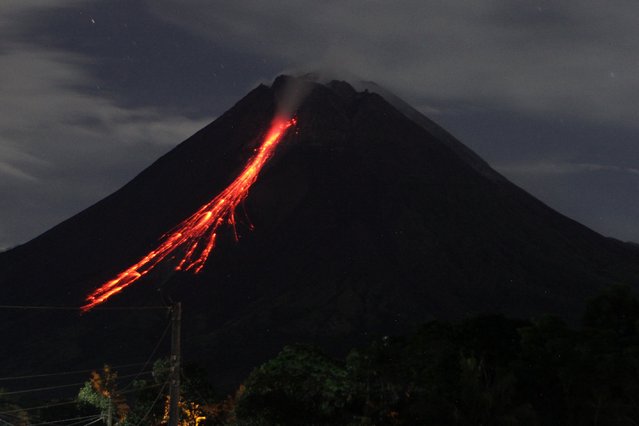 Mount Merapi, Indonesia’s most active volcano, spews ash and lava from its peak as seen from Sleman in Yogyakarta on January 10, 2022. (Photo by Devi Rahman/AFP Photo) 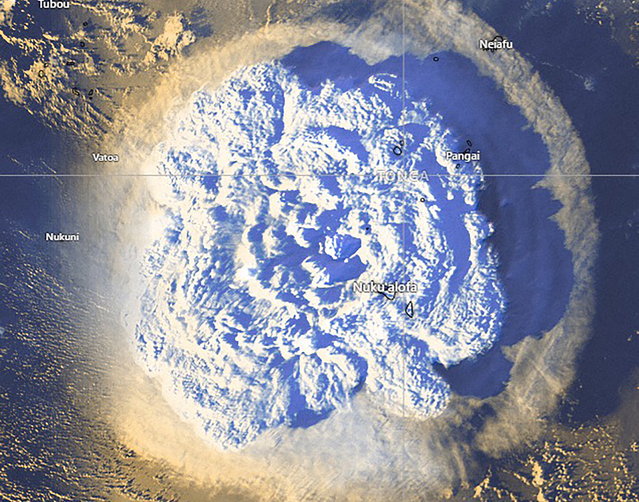 A handout satellite image made available by the Tonga Meteorological Services, Government of Tonga shows an explosive eruption of the Hunga Tonga-Hunga Ha'apai volcano, located in the South Pacific Kingdom of Tonga, 15 January 2022. The eruption on 15 January, the second in only two days, was the latest in a series of eruptions from the undersea volcano. According to a Public Notice from the Tonga Geological Services monitoring the Hunga-Tonga-Hunga-Ha'apai (HTHH) issued on 15 January 2022, satellite images captured on the day indicated that the volcanic eruption continued, with ash plume emission. (Photo by Tonga Meteorological Services/EPA/EFE) 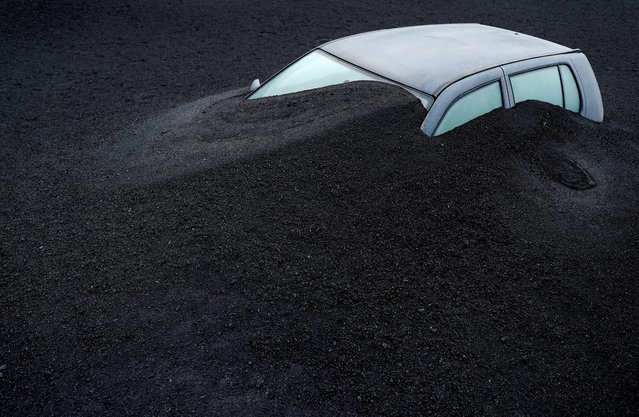 A vehicle is seen buried in the ash from the Cumbre Vieja volcano in Las Manchas neighbourhood, on the Canary Island of La Palma, Spain, January 20, 2022. (Photo by Borja Suarez/Reuters) 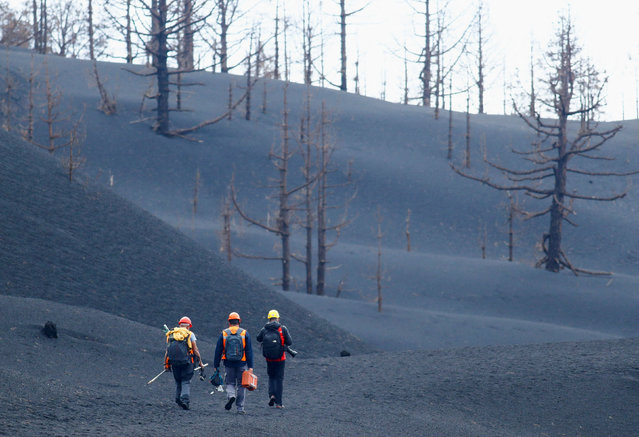 Members of the INVOLCAN technical team walk through the ash of the Cumbre Vieja volcano as they head to the crater, in Cabeza de Vaca, on the Canary Island of La Palma, Spain, January 21, 2022. (Photo by Borja Suarez/Reuters) 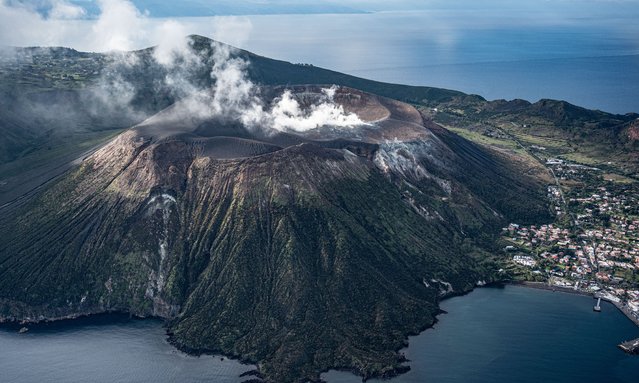 A helicopter aerial view of the island of Vulcano with CO2 gas emissions in the crater area on January 28, 2022 in Vulcano porto, Italy. In December 150 people were evacuated from the island of Vulcano, in Sicily's Aeolian archipelago. This is due to increased volcanic activity and the release of toxic gases in the area which is ongoing. (Photo by Fabrizio Villa/Getty Images) 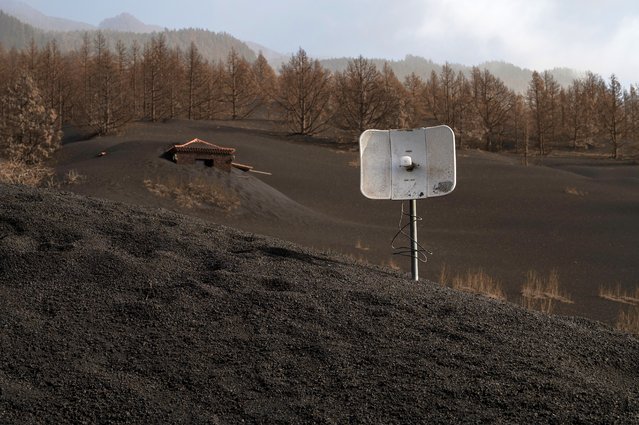 A television antenna of a residential house is seen isolated and covered by volcanic ashes and lava on January 31, 2022 in La Palma, Spain. Spain's Cumbre Vieja volcano began erupting on September 19, 2021 after weeks of seismic activity, resulting in millions of Euros worth of damage to properties and businesses, as the lava flowed down the mountains towards the sea. The volcano remained active for nearly three months. (Photo by Marcos del Mazo/Getty Images) 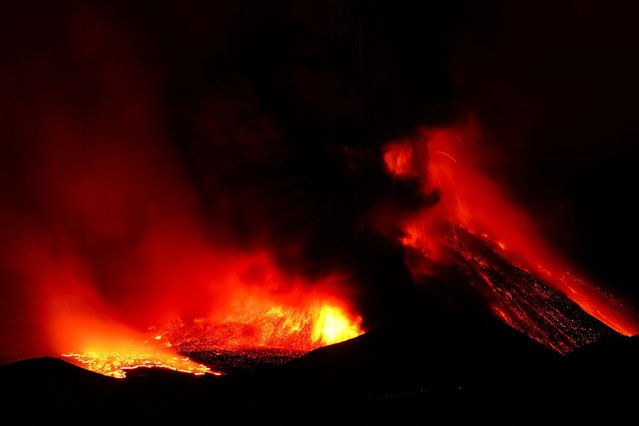 General view of an eruption of the South East volcano of Etna, Italy on February 10, 2022. (Photo by Antonio Parrinello/Reuters) 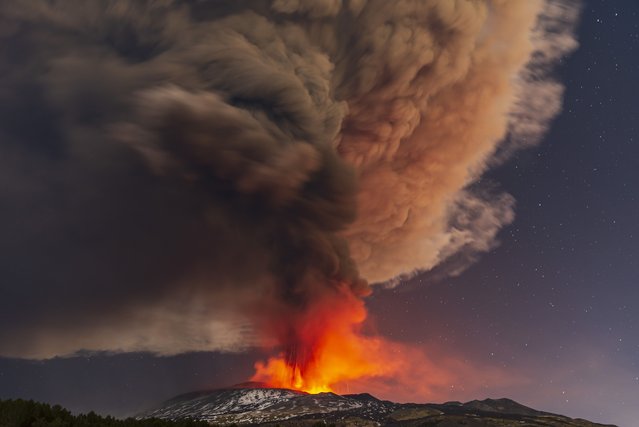 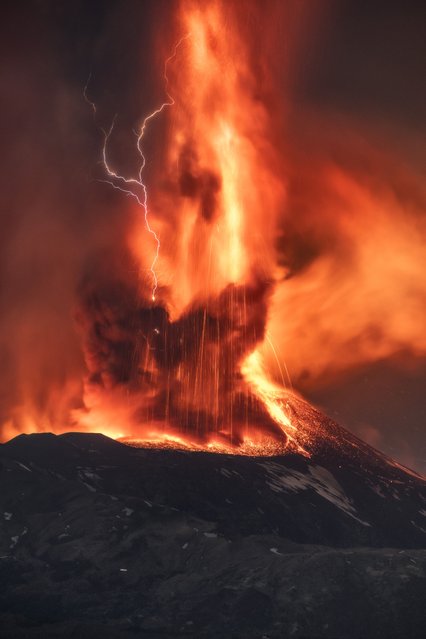 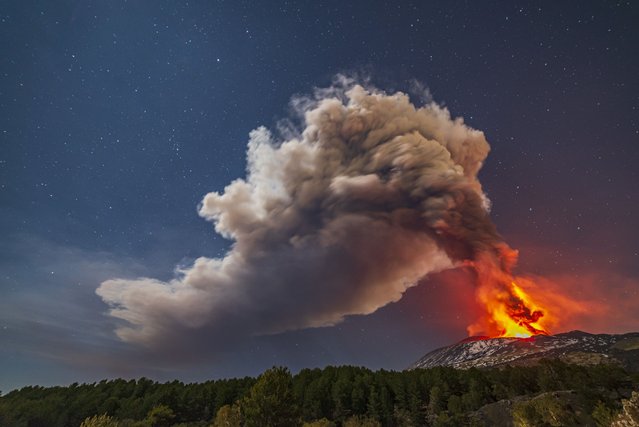 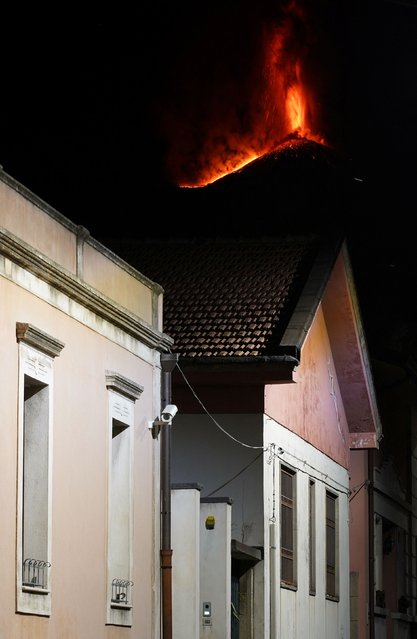 Eruption of the South East volcano of Etna is seen from the village of Nicolosi, Italy February 10, 2022. (Photo by Antonio Parrinello/Reuters) 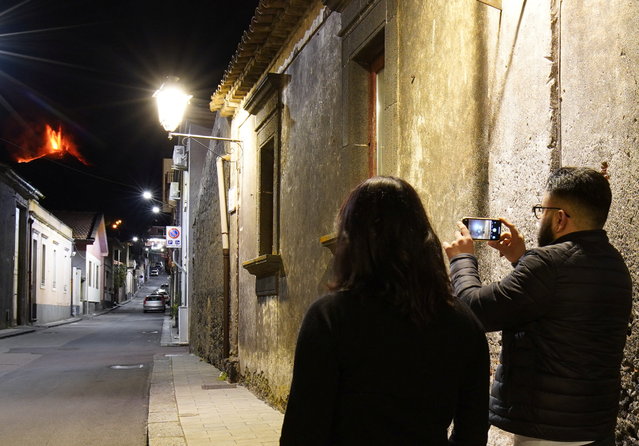