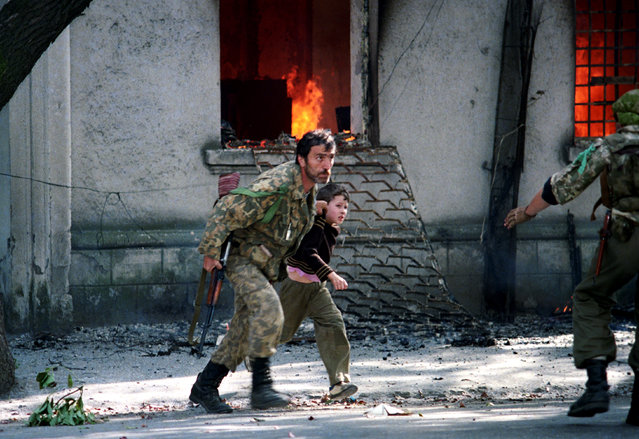 The War in Abkhazia from 1992 to 1993 was fought between Georgian government forces for the most part, and Abkhaz separatist forces, Russian armed forces and North Caucasian militants. Ethnic Georgians who lived in Abkhazia fought largely on the side of Georgian government forces. Ethnic Armenians and Russians within Abkhazia's population largely supported the Abkhazians, and many fought on their side. The separatists received support from thousands of North Caucasus and Cossack militants and from the Russian Federation forces stationed in and near Abkhazia. The handling of this conflict was aggravated by the civil strife in Georgia proper (between the supporters of the ousted Georgian president, Zviad Gamsakhurdia – in office 1991–1992 – and the post-coup government headed by Eduard Shevardnadze) as well as by the Georgian–Ossetian conflict of 1989 onwards. Significant human-rights violations and atrocities were reported on all sides, peaking in the aftermath of the Abkhaz capture of Sukhumi on 27 September 1993, which (according to the Organization for Security and Co-operation in Europe) was followed by a large-scale campaign of ethnic cleansing against the ethnic Georgian population. A fact-finding mission dispatched by the UN Secretary General in October 1993 reported numerous and serious human rights violations committed both by Abkhazians and by Georgians. From 13,000 to 20,000 ethnic Georgians and approximately 3,000 Abkhaz have been reported killed, more than 250,000 Georgians became internally displaced or refugees and 2,000 are considered missing. The war heavily affected post-Soviet Georgia, which suffered considerable financial, human and psychological damage. The fighting and subsequent continued sporadic conflict have devastated Abkhazia. Here: Sukhumi, Abkhazia, 1993. An Abkhaz militiaman evacuates a boy out of the engagement area during street clashes in the 1992-1993 Georgian–Abkhaz conflict. (Photo by Andrei Solovyov/ITAR-TASS) 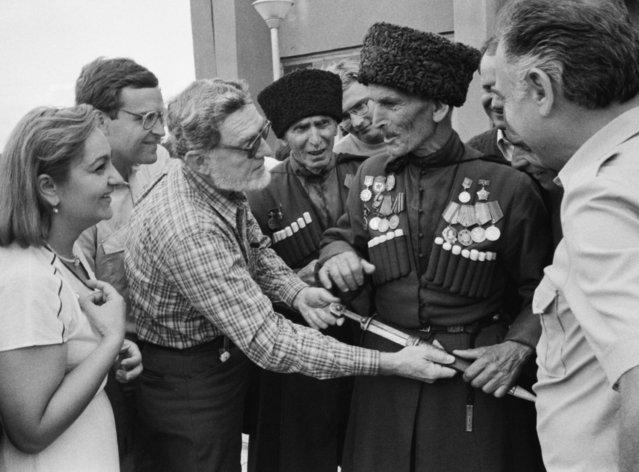 Cooperation of Swedish and Soviet scientists. Professor of Medical Sociology E. Palmar examines national clothes of Babakh Agrba, the Elder of the Kutol village in Ochamchira district of Abkhazia, on October 1, 1986. (Photo by B.Sokolov/TASS) 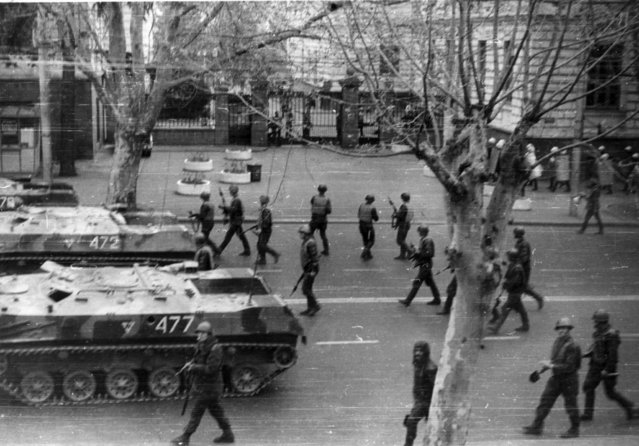 Soviet troops during a brutal crackdown on Georgian independence protesters in Tbilisi in 1989. As Georgian calls for independence from the U.S.S.R were growing louder, Abkhaz began to petition for their own republic inside the Soviet Union. (Photo by TASS/Stringer) 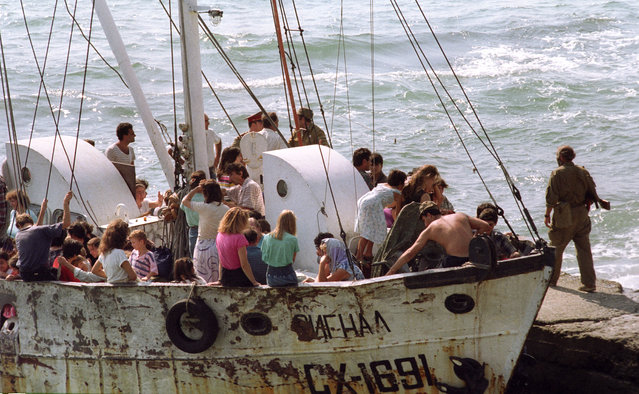 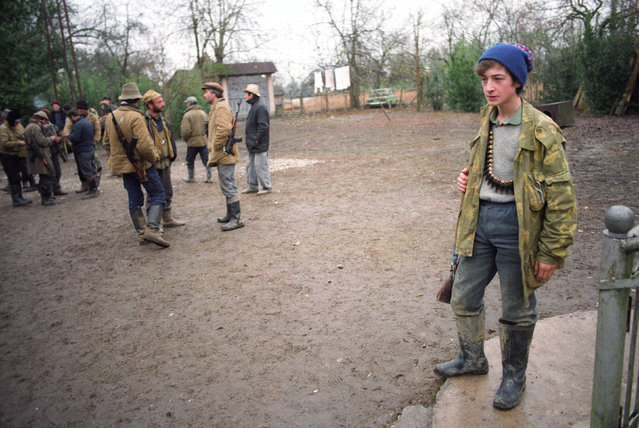 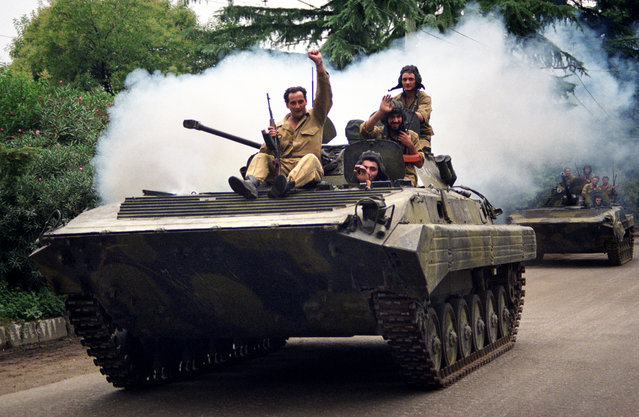 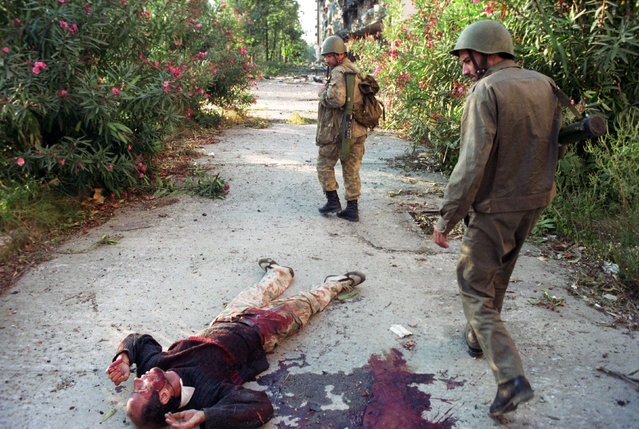 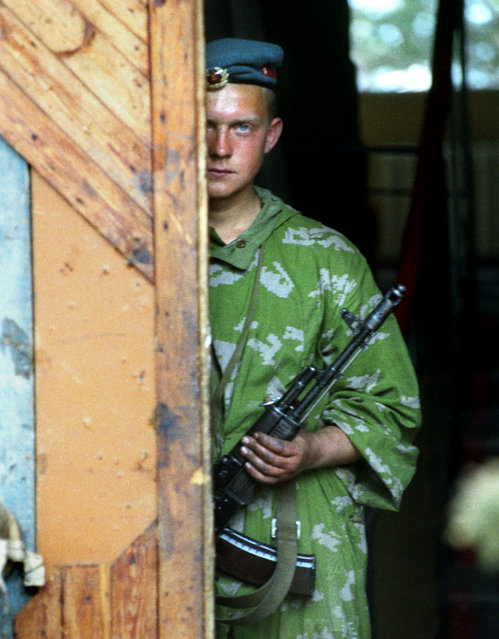 Abkhazia, 1993. A Russian paratrooper guards the entrance to a seismic research laboratory in the settlement of Eshery during the 1992-1993 Georgian–Abkhaz conflict. (Photo by Vladimir Velengurin/ITAR-TASS) 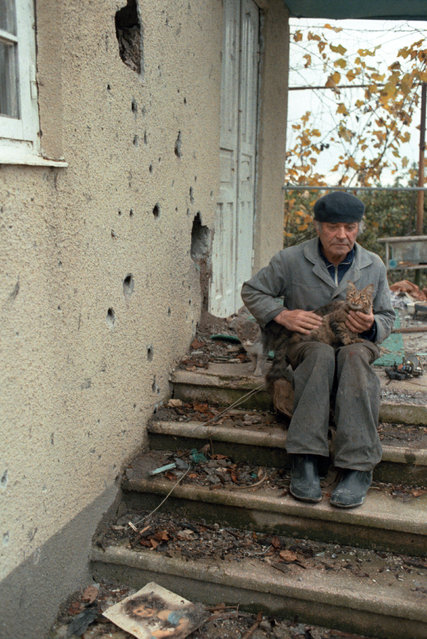 Abkhazia, 1992. During the ceasefire. A man came back home. (Photo by Oleg Vlasov and Sergei Mamontov/ITAR-TASS) 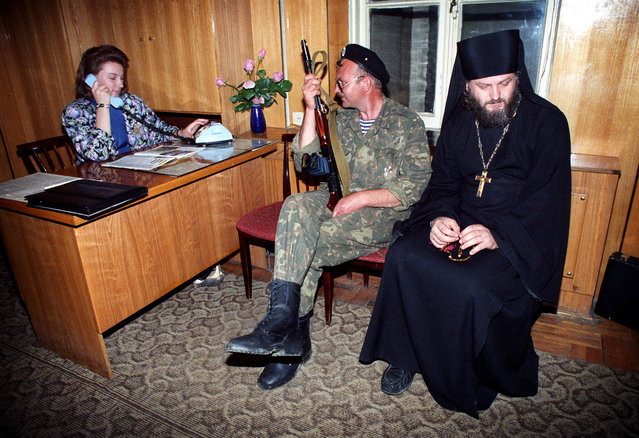 Gadauta, Abkhazia, 1993. A militiaman and a priest waiting in the outer office of the Press Center of Abkhazia. (Photo by Vladimir Gurin/ITAR-TASS) 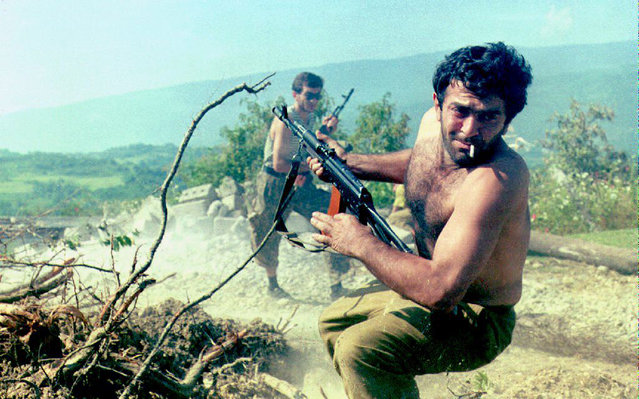 A member of the Abkhazian National Guard fires his machine gun into the air as he turns to retreat just prior to a ceasefire agreement going into effect 05 September 1992. The ceasefire was set up by both the Abkhazian and Georgian sides in the fighting. (Photo by /AFP Photo/EPA) 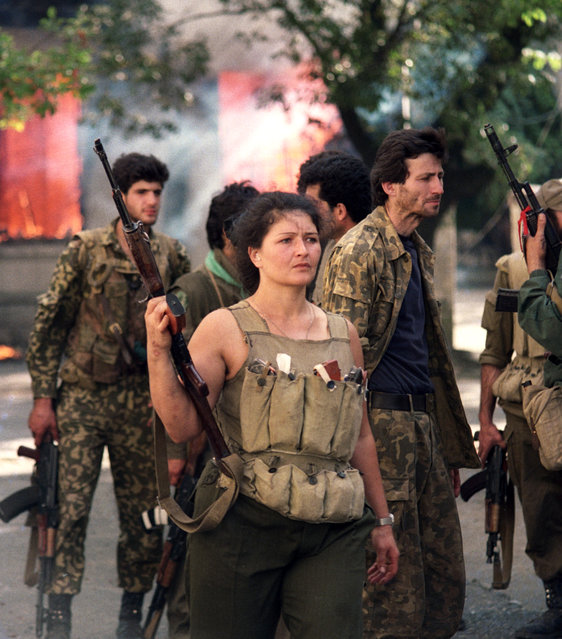 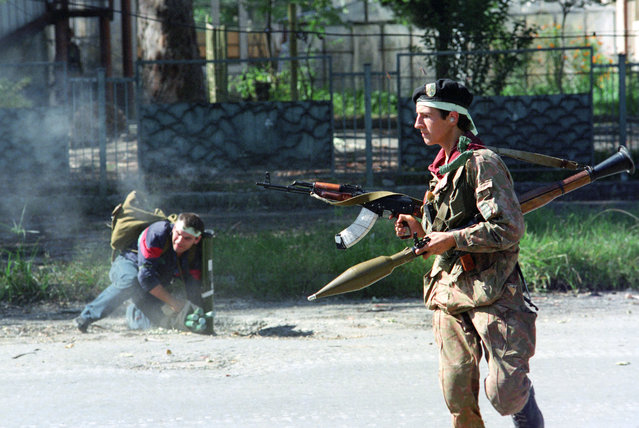 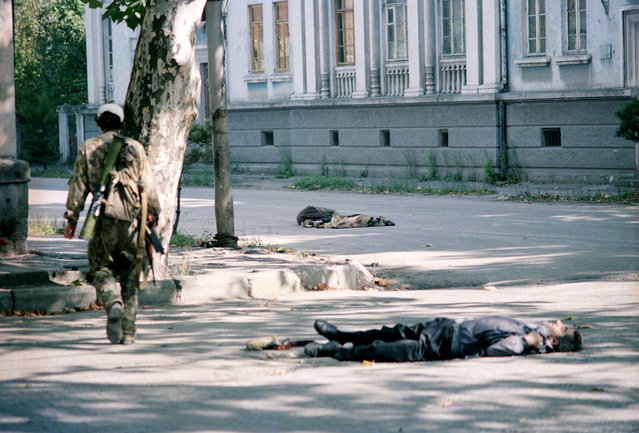 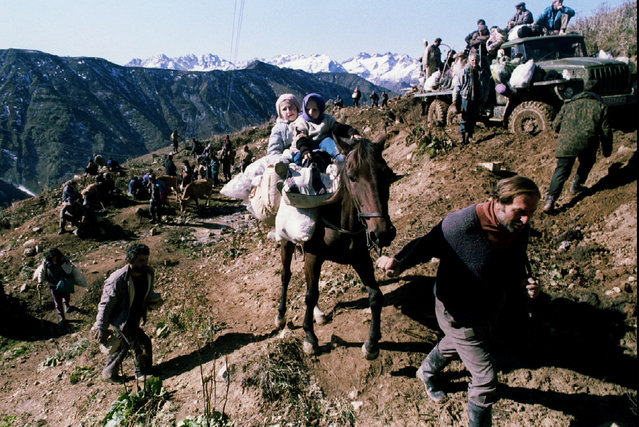 Georgian refugees from its rebel province of Abkhazia walks through mountains near the small willage of Tcuberi on October 5th, 1993. (Photo by Reuters/Stringer) 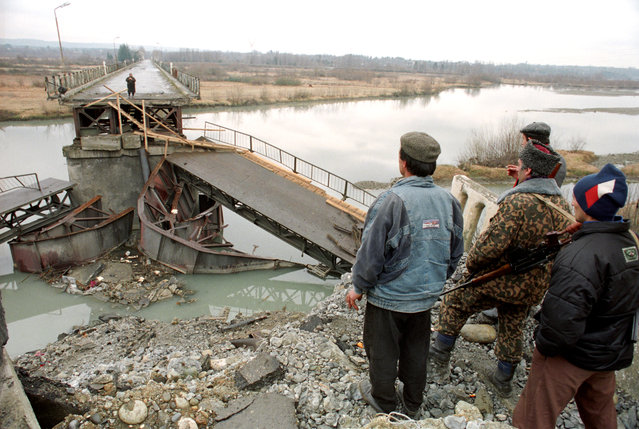 Abkhazia, 1994. The Inguri River serves as a newly agreed-upon border between Georgia and Abkhazia. (Photo by Sergei Mamontov and Alexander Nemenov/ITAR-TASS) 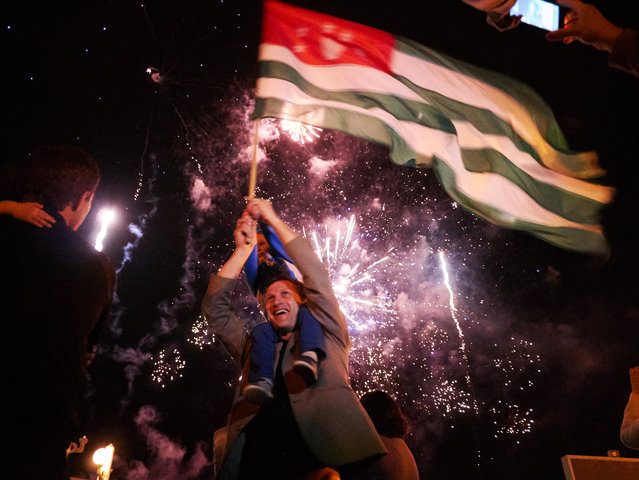 Abkhaz celebrate on their “independence day” in 2014. Since the war, Abkhazia has been shunned by the international community. But in 2008, shortly after the Russia-Georgia war, Russia formally recognized Abkhazia. Then-Georgian President Mikheil Saakashvili responded that Abkhazia is “not an internal Georgian problem, or a question of Georgia and Russia. This is now a question of Russia and the rest of the civilized world”. (Photo by Amos Chapple/RFE/RL)
Edit Del
29 Sep 2017 07:31:00, post received 0 comments
Publication archive:
←   →
Popular tags:
All tags
Last searches: