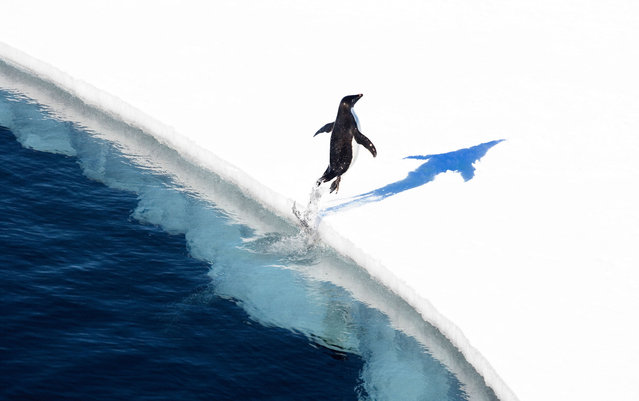 This undated handout photo received from the Antarctic Ocean Alliance on October 28, 2016 shows a adelie penguin jumping onto the ice in the Ross Sea in Antarctica. The world's largest marine reserve aimed at protecting the pristine wilderness of Antarctica will be created after a “momentous” agreement was finally reached on October 28, 2016 with Russia dropping its long-held opposition. A remote and largely pristine stretch of ocean off Antarctica received international protection on Friday, becoming the world's largest marine reserve as a broad coalition of countries came together to protect 598,000 square miles of water. The new marine protected area in the Ross Sea was created by a unanimous decision of the international body that oversees the waters around Antarctica – the Commission for the Conservation of Antarctic Marine Living Resources – and was announced at the commission's annual meeting in Tasmania. The commission comprises 24 countries, including the United States, and the European Union. South of New Zealand and deep in the Southern (or Antarctic) Ocean, the 1.9 million square-mile Ross Sea is sometimes called the “Last Ocean” because it is largely untouched by humans. Its nutrient-rich waters are the most productive in the Antarctic, leading to huge plankton and krill blooms that support vast numbers of fish, seals, penguins, and whales. Some 16,000 species are thought to call the Ross Sea home, many of them uniquely adapted to the cold environment. A 2011 study in the journal Biological Conservation called the Ross Sea “the least altered marine ecosystem on Earth”. (Photo by John Weller/AFP Photo/Antarctic Ocean Alliance) 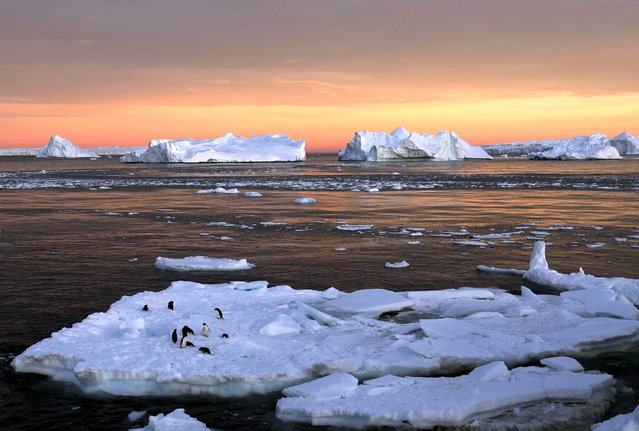 Adelie penguins stand atop ice near the French station at Dumont d'Urville in East Antarctica in this January 22, 2010 file photo. (Photo by Pauline Askin/Reuters) 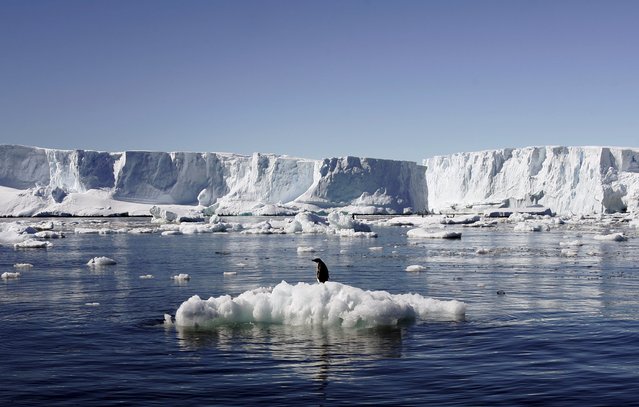 An Adelie penguin stands atop a block of melting ice near the French station at Dumont díUrville in East Antarctica in this January 23, 2010 file photo. (Photo by Pauline Askin/Reuters) 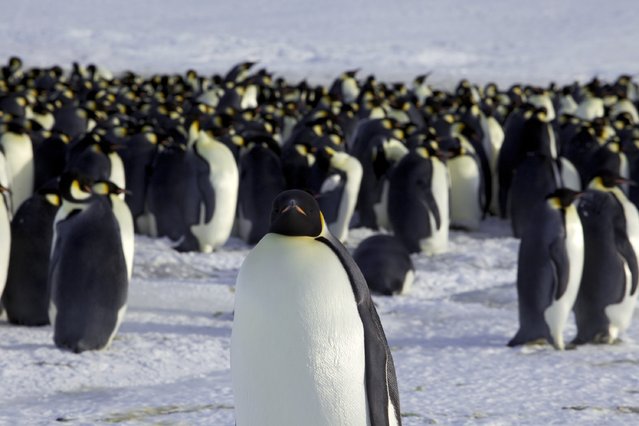 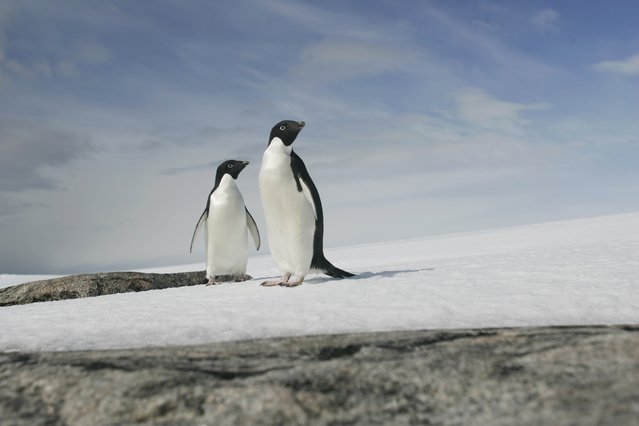 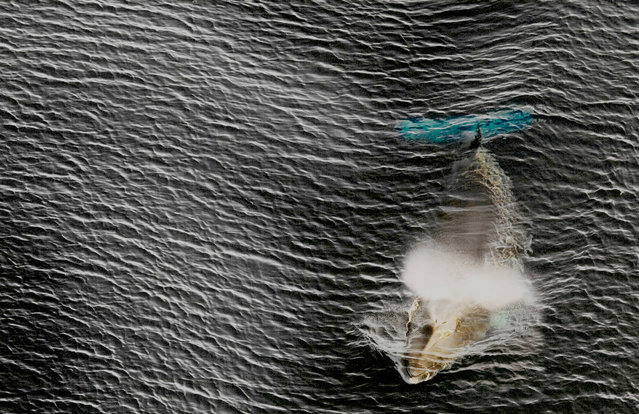 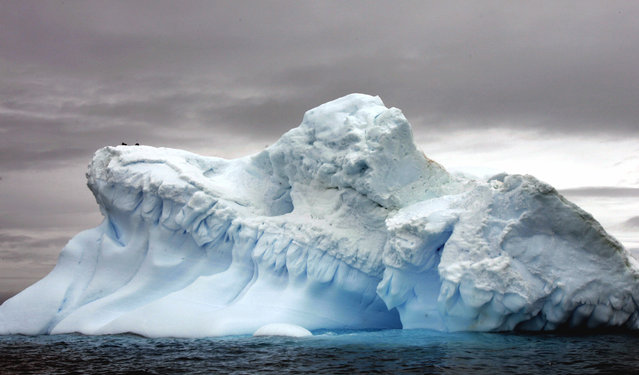 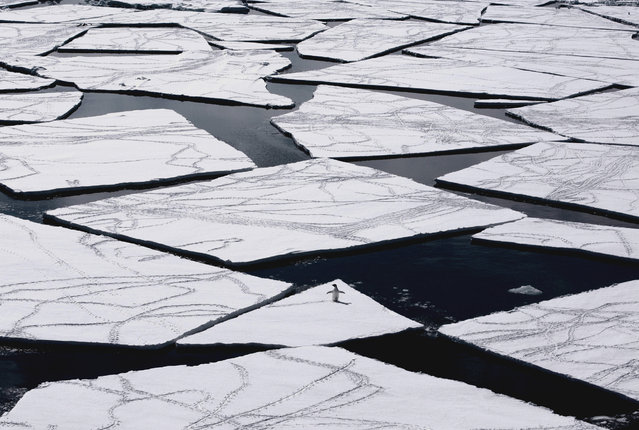 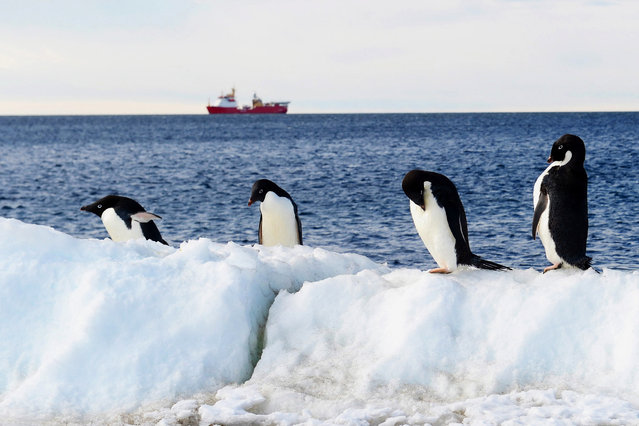 A handout picture made available by the British Ministry of Defence (MOD) on 28 October 2016 a line of penguins on Inexpressible Island, as the HMS Protector (background) is seen patrolling the area, in Terra Nova Bay, Victoria Land, Antarctica. The HMS Protector is the Royal Navy's Ice patrol Ship and is deployed on operations for 330 days a year. An international agreement to create the world's largest marine park in the Southern Ocean has been brokered, media reported on 28 October 2016, as more than 1.5m sq km of the Ross Sea around Antarctica will be protected from commercial fishing for 35 years under the deal between 24 countries and the European Union. (Photo by Nicky Wilson/EPA/Royal Navy) 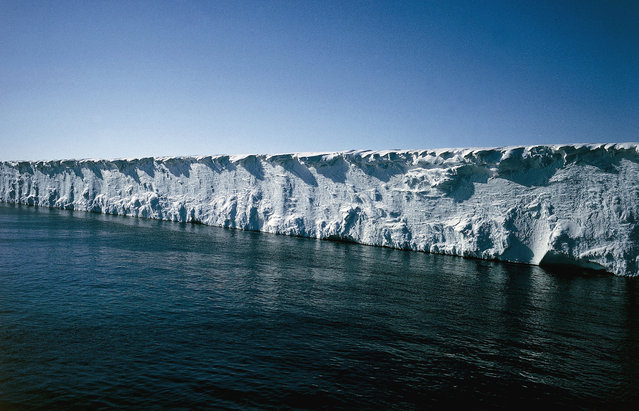 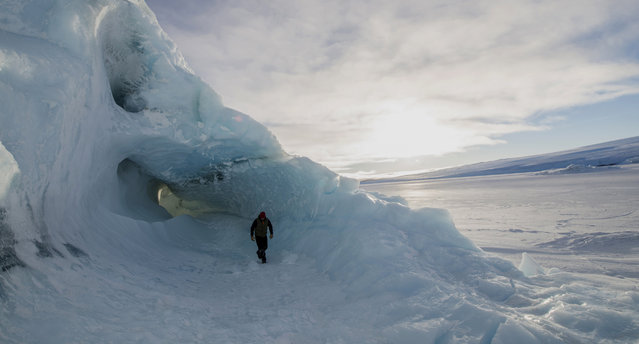 A man exploring an iceberg frozen into the surface of the McMurdo Sound in the Ross Sea Region of Antarctica, 2014. (Photo by Alasdair Turner/Getty Images/Aurora Open) 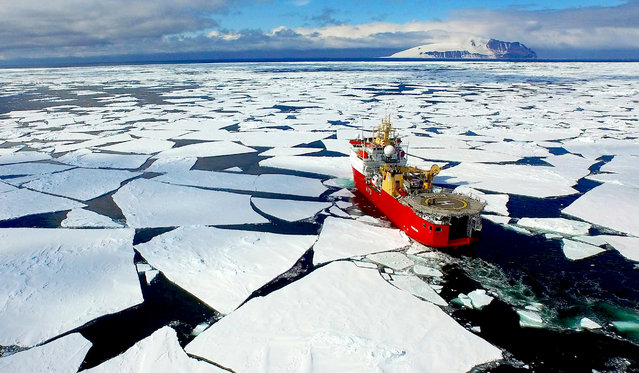 MOID handout dated 04 January 2016 of HMS Protector, the British Royal Navy’s ice patrol ship deployed in Ross Sea, Antarctica. An international agreement to create the world’s largest marine park in the Southern Ocean has been brokered as more than 1.5m sq km of the Ross Sea around Antarctica will be protected under the deal between 24 countries and the European Union. (Photo by Nicky Wilson/EPA) 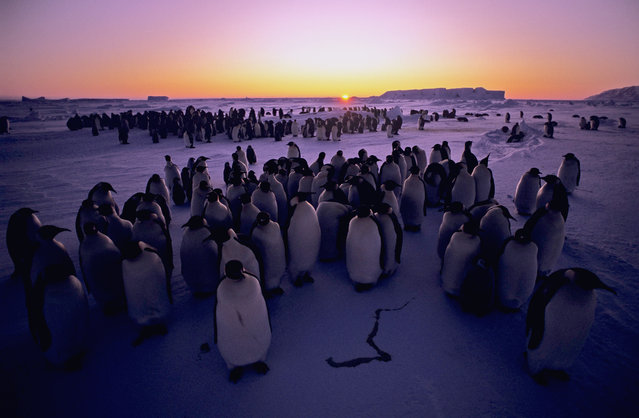 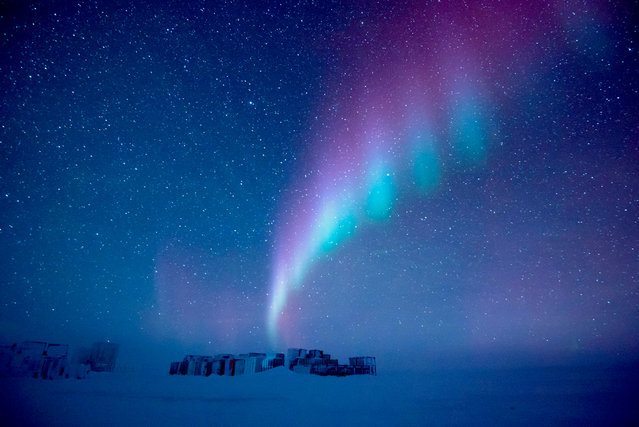 It is cold, dark, dry and isolated with very little oxygen to breathe in the air, but the unique location makes Concordia station in Antarctica an attractive place for scientists to conduct research. The aurora australis that adds colour to this picture is a well-deserved bonus for the crew of 13 who are spending the winter months cut off from friends and family. For nine months, no aircraft or land vehicles can reach the station, temperatures drop to –80°C and the Sun does not rise above the horizon for 100 days. Living and working in these conditions is similar in many respects to living on another planet and ESA sponsors a medical doctor to run research for future space missions. (Photo by B. Healey/ESA/IPEV/PNRA)
Edit Del
29 Oct 2016 11:43:00, post received 0 comments
Publication archive:
←   →
Popular tags:
All tags
Last searches: