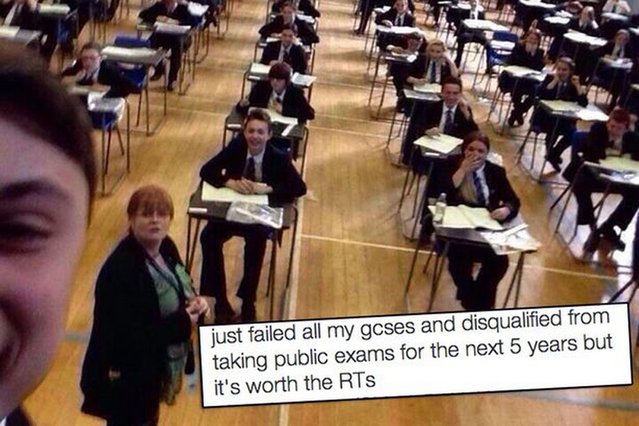 A teenager has taken selfies to a new low after his snap got him banned from taking exams for the next five years. This tweet shows a picture of himself in school just before he is about to take GCSE exams. The caption reads: “just failed all my gcses and disqualified from taking public exams for the next 5 years but it's worth the RTs”. The tweet by user @kmrd10 has since been retweeted more than 27,000 times and trended worldwide. See some more bad taste selfies from around the world. 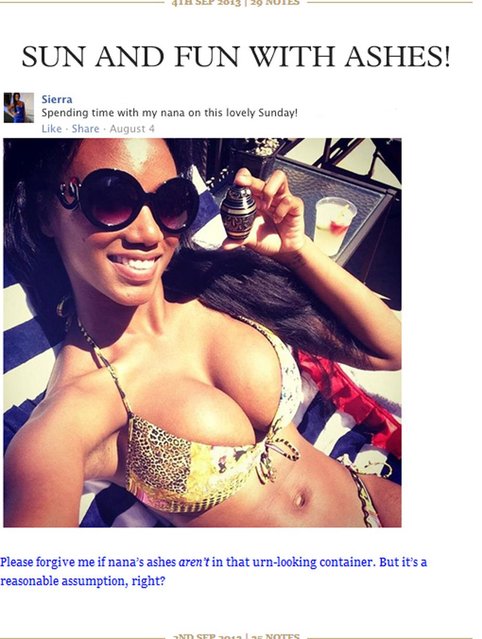 Posing with her gran's ashes. 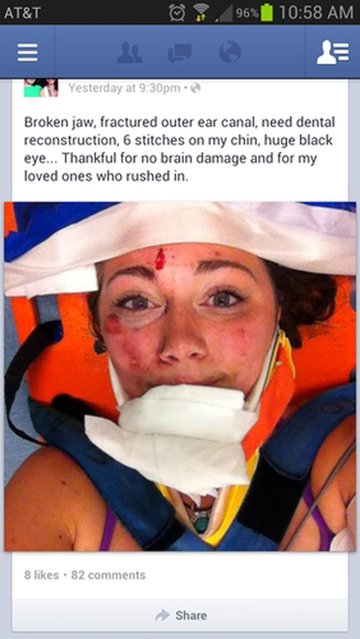 Injured woman on a stretcher takes picture of her wounds. 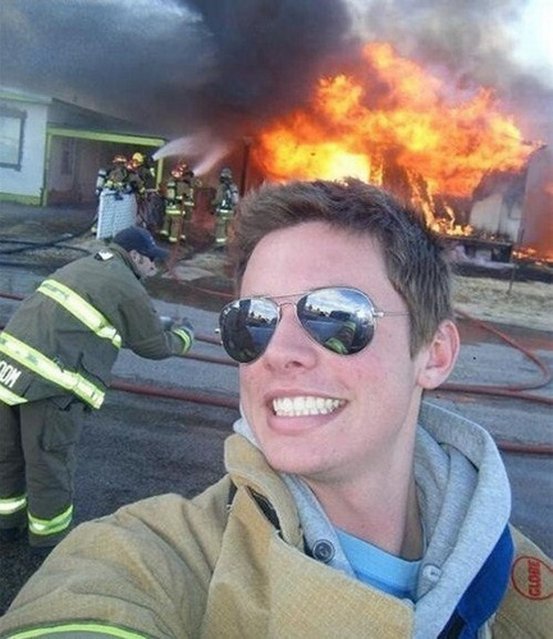 He's not an idiot bystander – he's an idiot fireman. 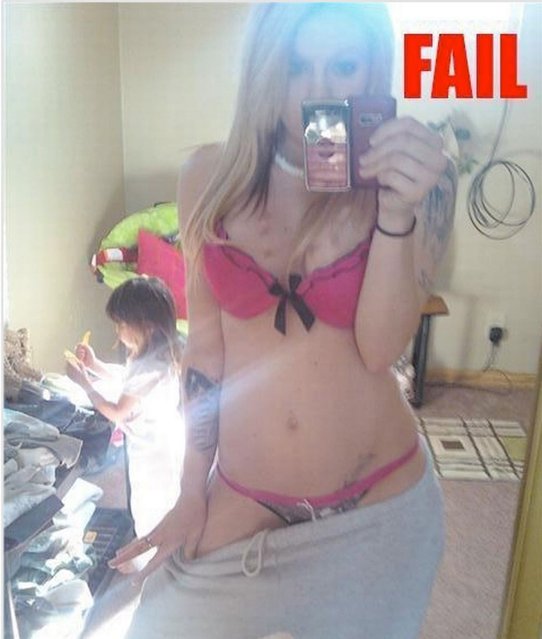 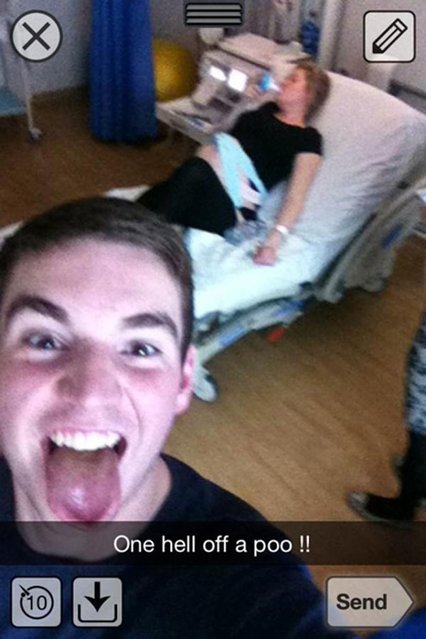 Daddy fool gurns while pregnant partner is in pain. 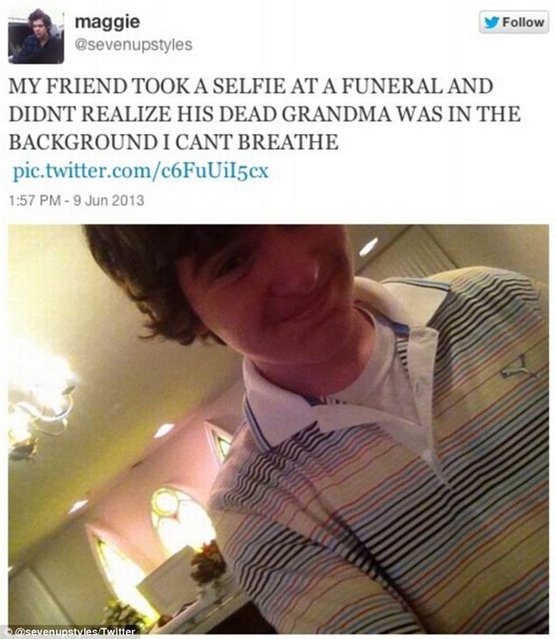