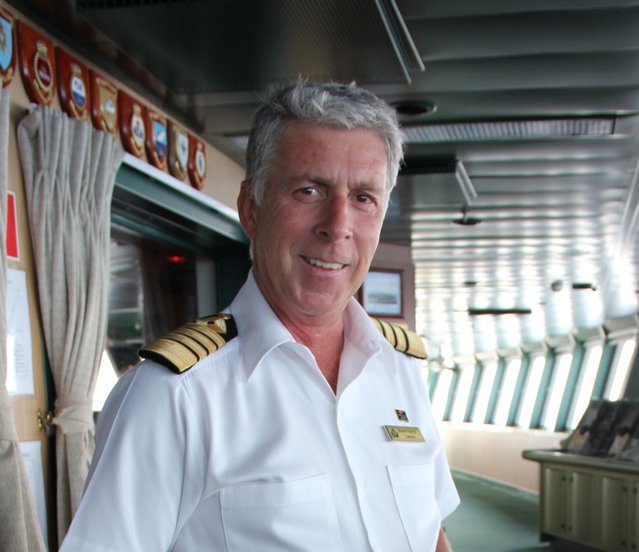 Daring Captain Kevin Oprey is seen standing beneath the soaring hull of Cunard’s flagship Queen Mary 2. The Queen Mary 2 is the largest and most expensive Ocean Liner ever built. 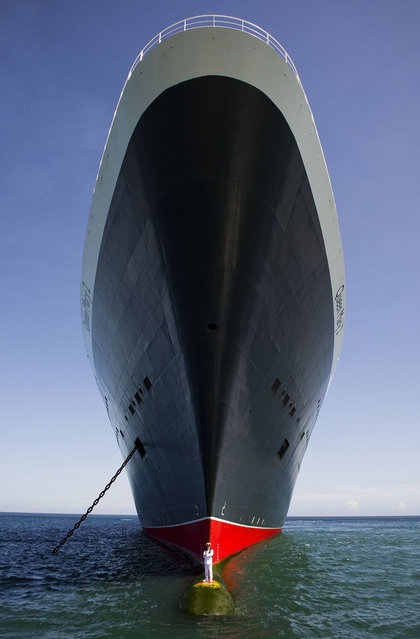 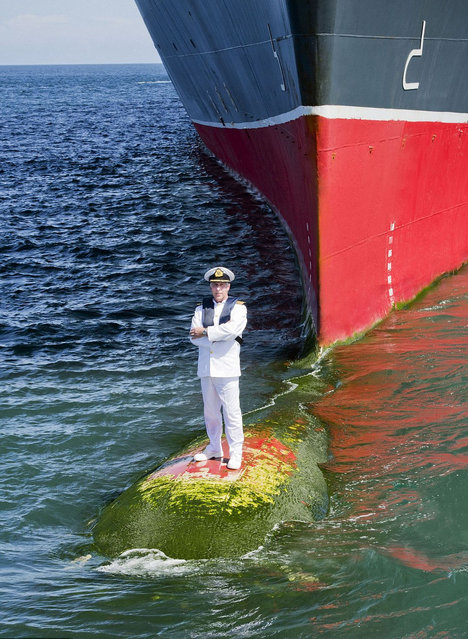 Captain Oprey stood on top of the vessel’s bulbous bow, an underwater projection that minimises the creation of bow waves around the waterline when the ship is under way.
The ship was a mile off the coast of Bali during the ship’s Round World Voyage in its 10th anniversary year. 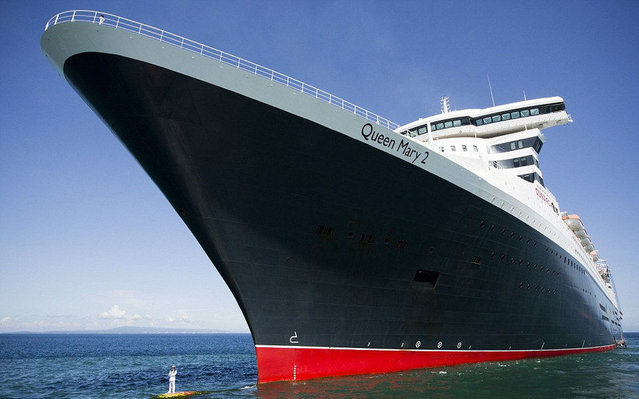 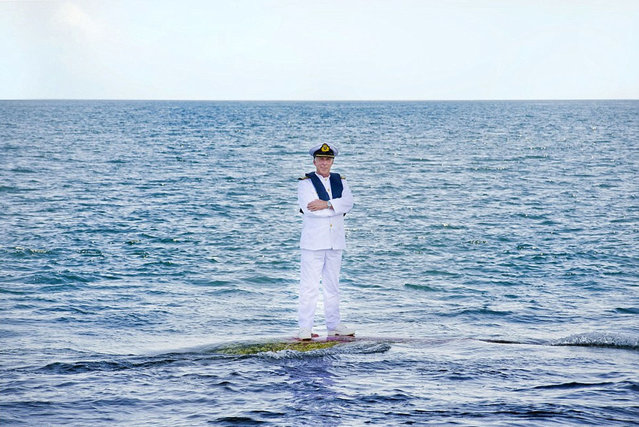 At 151,200 tons, Queen Mary 2 accommodates 2,620 passengers and 1,253 crew. She remains the longest, tallest, widest ocean liner ever built as well as being the most famous and fastest passenger ship in operation today. 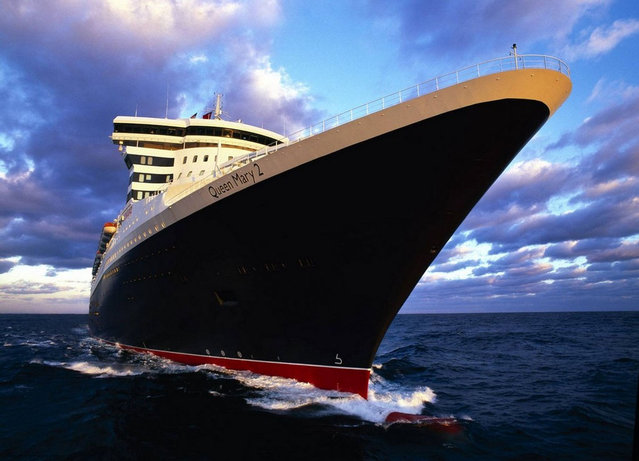 In her first 10 years of operation, following a spectacular naming by Her Majesty The Queen on 8 January 2004, Queen Mary 2 has undertaken more than 420 voyages including over 200 transatlantic crossings and called at 182 ports in 60 countries.