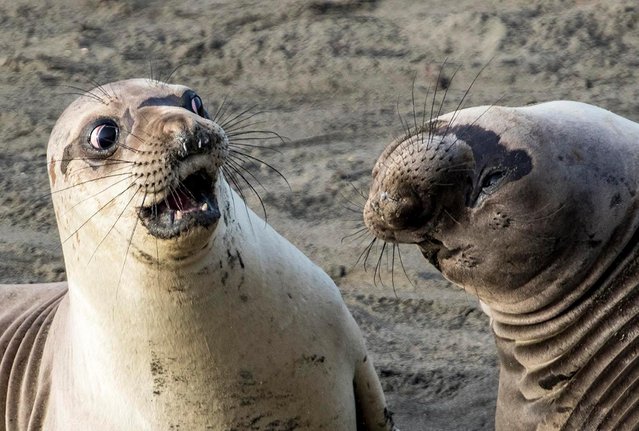 A young elephant seals looks shocked at his friends revelation in George Cathcart's “WTF?!”, taken on December 13, 2016 in San Simeon, California. The Comedy Wildlife Photography Awards are in full swing, so check out some of the fierce competitors jostling for the top prize this year. Photographers Paul Joynson-Hicks MBE and Tom Sullam founded the awards to spotlight wildlife conservation efforts and to inject some humour into the world of wildlife photography. (Photo by George Cathcart/CWPA/Barcroft Images) 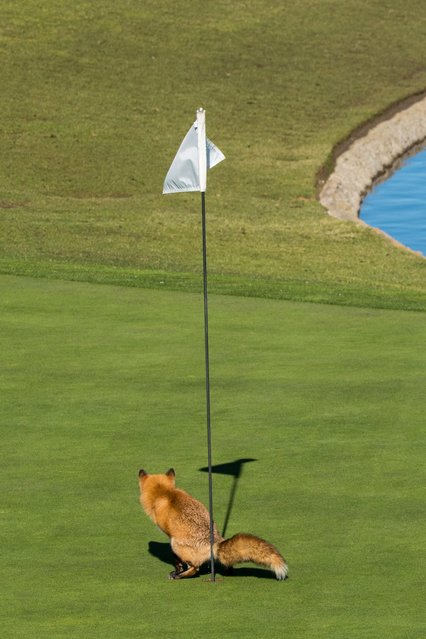 A red fox surveys his shot in Douglas Croft's “Must Have Three-Putted”, on January 25, 2017 in San Jose, California. (Photo by Douglas Croft/CWPA/Barcroft Images) 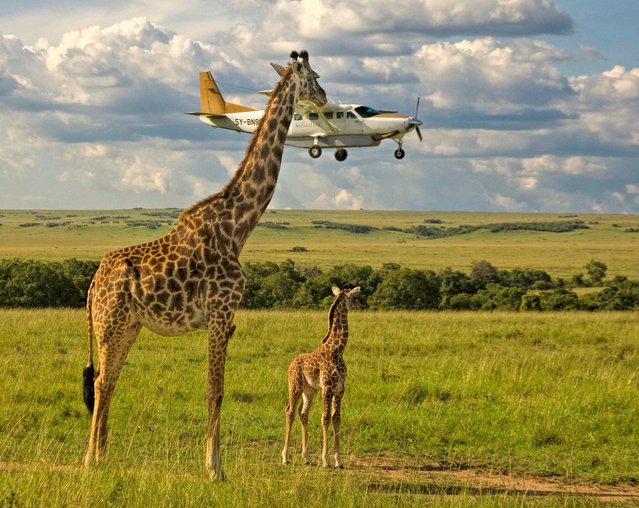 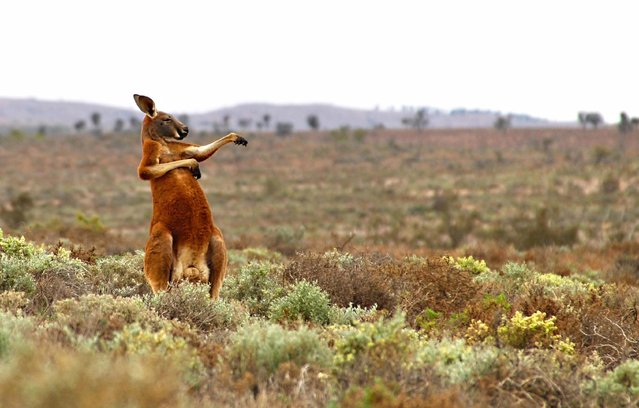 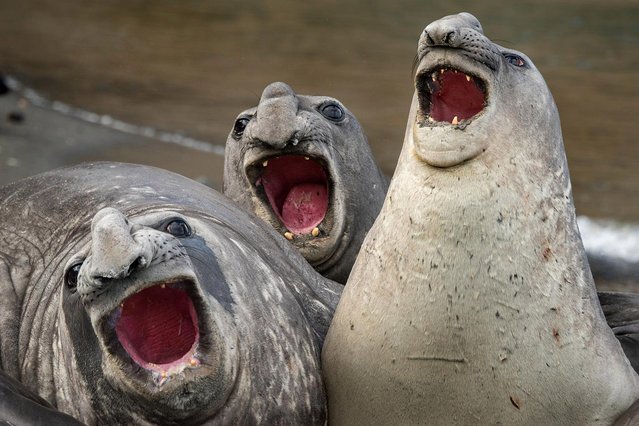 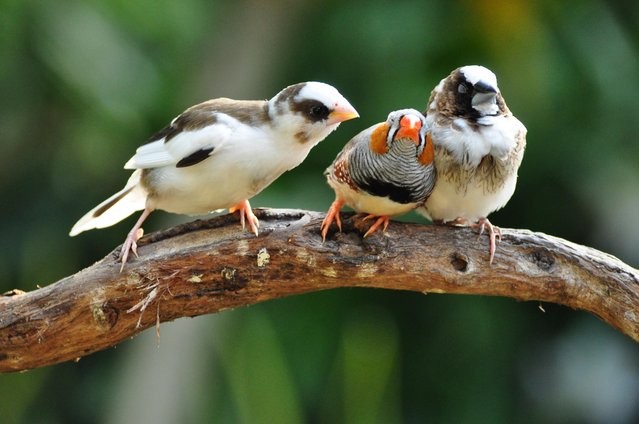 One finch uses its neighbour to snooze while another peers over their shoulder in Kristine Mayes' “Hello? Are You Awake?”, on August 17, 2011 in Vancouver, British Columbia. (Photo by Kristine Mayes/CWPA/Barcroft Images) 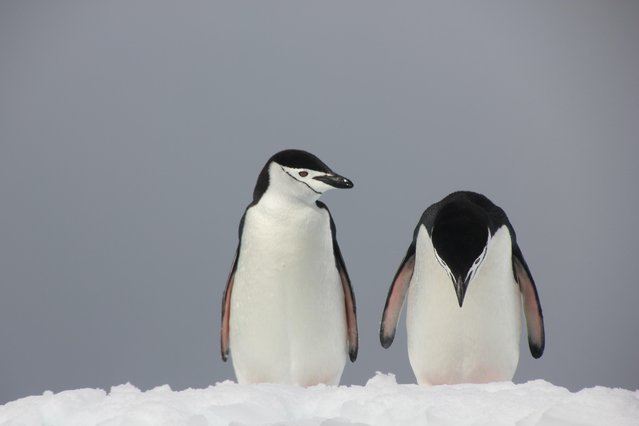 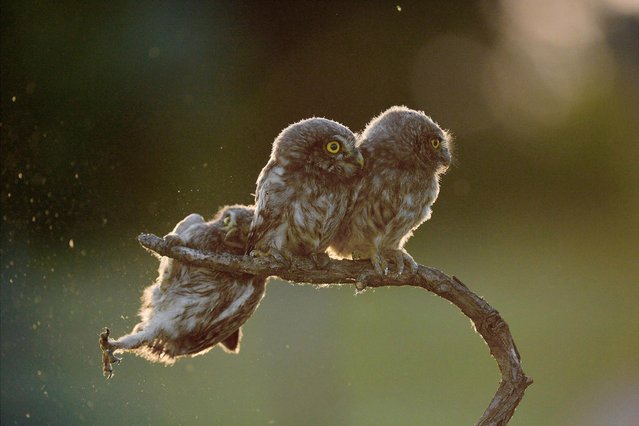 An owl struggles to keep his grip as his owl friends look the other way in Tibor Kercz's “Help!!!”, on June 1, 2017 in Opusztaszer, Hungary. (Photo by Tibor Kercz/CWPA/Barcroft Images) 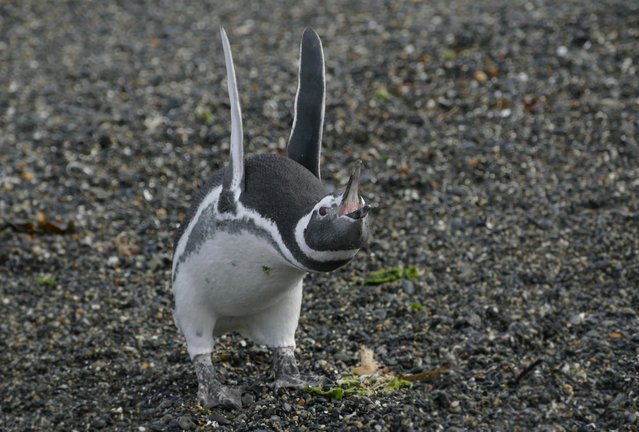 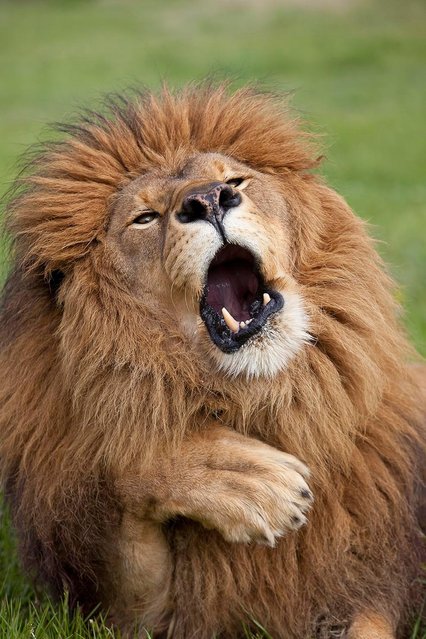 A lion does his best Carry On impression in Gill Merritt's “Oooh matron – carry on up the jungle!” taken on June 1, 2012 in Tanzania. (Photo by Gill Merritt/CWPA/Barcroft Images) 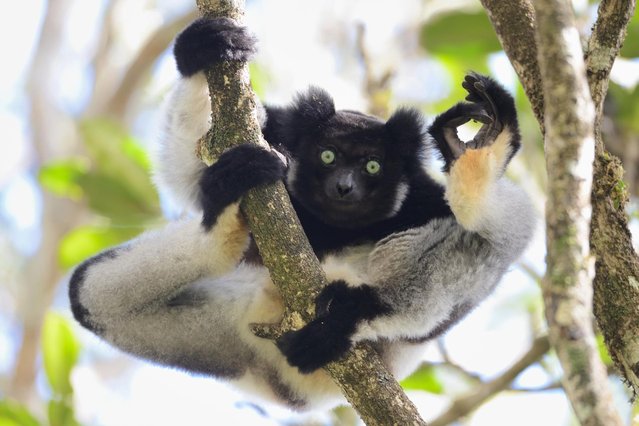 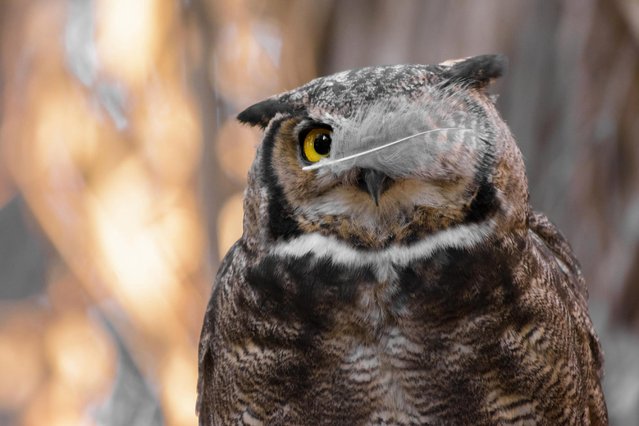