Oh là là [Oldies] Sculptures by Thom Puckey
“Thom Puckey (born 1948) is a British sculptor and, with Dirk Larsen, part of the performance-art group Reindeer Werk (1972–1980). His sculptures appear in many public spaces in Amsterdam, Rotterdam, and other cities.

For Thom Puckey is typical sculpt the female figures, young and completely or partially nude, are invariably and disquietingly accompanied by the presence of modern weaponry. Sometimes their derivation from classical models is rather evident, as can be seen in A.V. with Knife and RPG-7 (2009), which recalls the famous posture of Ingres' Oedipus ; at her feet, as if derived from a previous age, there is still a tree trunk taken from ancient Greek art. Another example can be seen in Mitrailleuse (2008) where the prone figure is elongated in a moving pose that recalls certain nymphs or sylphs of neoclassical statuary.

However a series of blatent facts make it clear that we cannot take Puckey as a mere quoter of the past: the meticulous rendering of the firearms and blades dressing the figures, together with the taste for anatomical detail, the sometimes agressive poses, the bodies themselves sometimes amputated, are open declarations of a strategy which doesn't refer culturally to the past; indeed the choice of a “high” material like monochrome marble is almost subversive with respect to the artist's intention”. – Marco Senaldi on Thom Puckey's work for The Prato Project 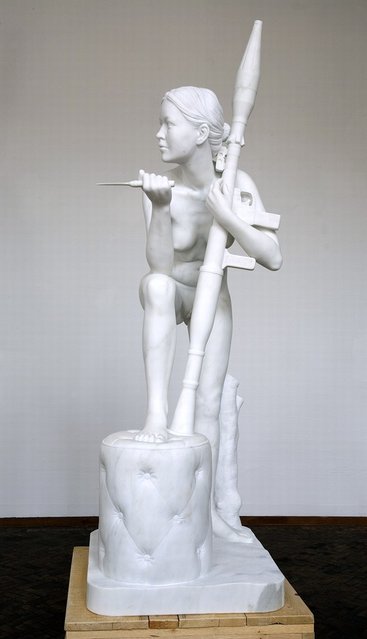 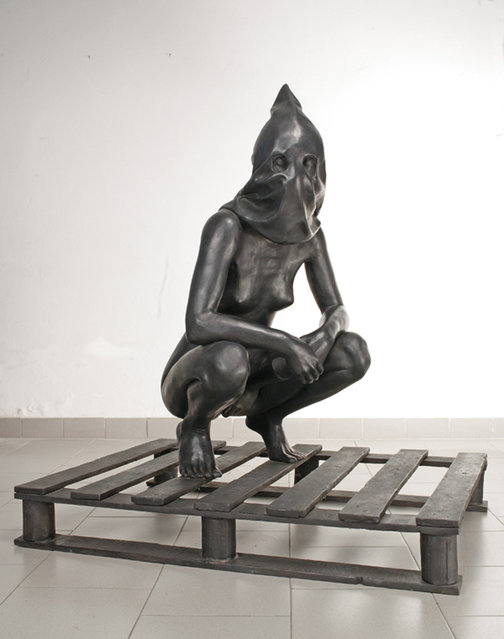 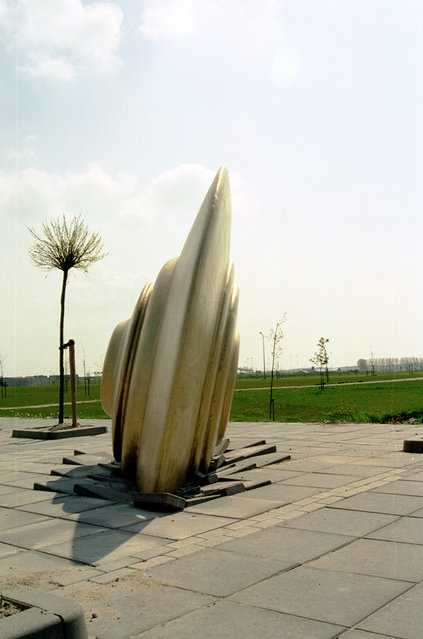 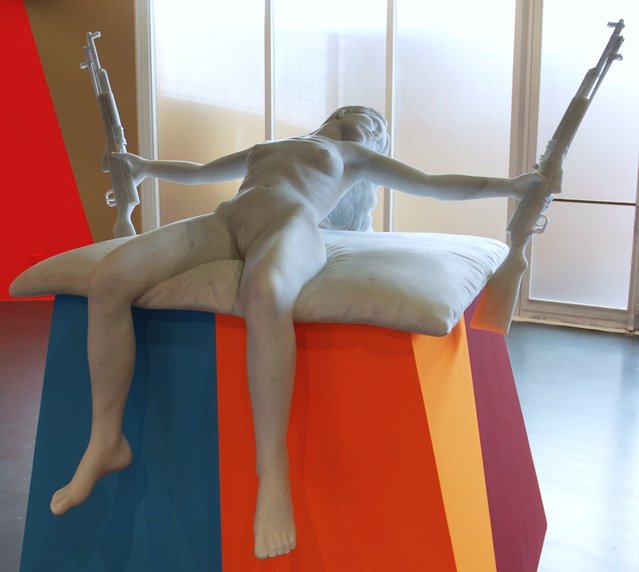 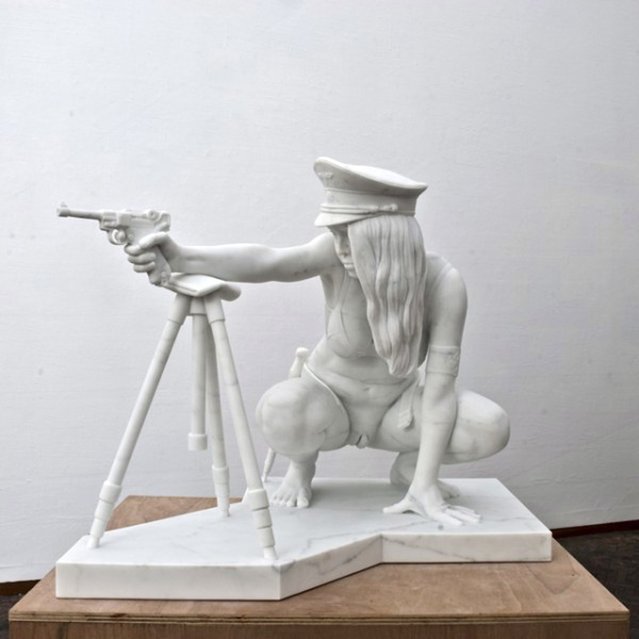 Figure with Luger and Nazi Regalia, 2011 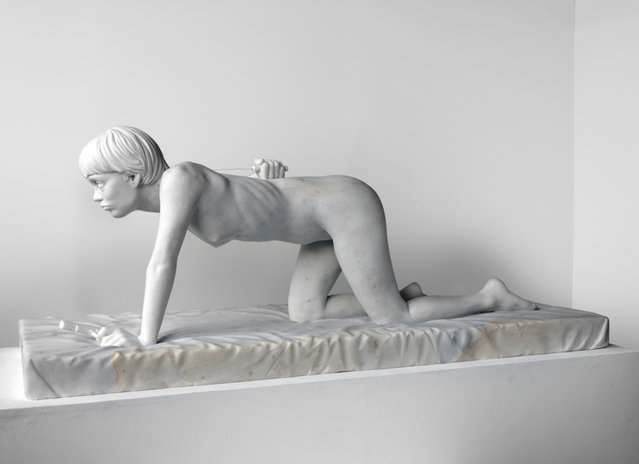 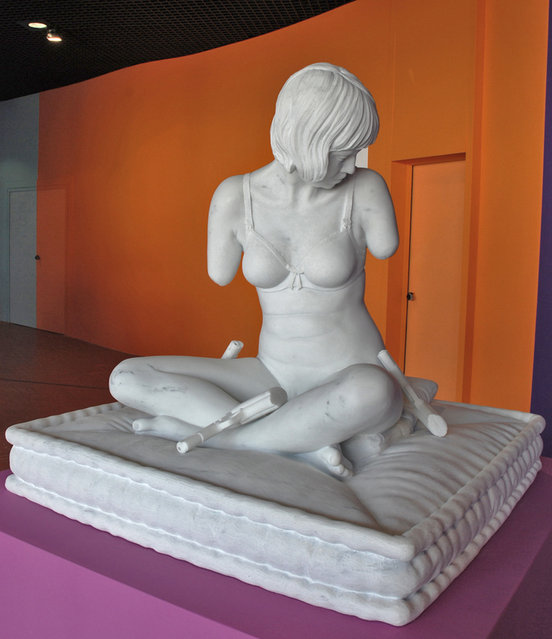 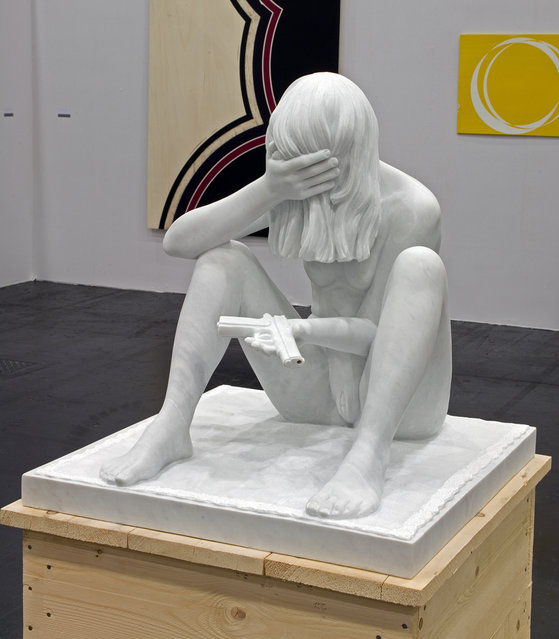 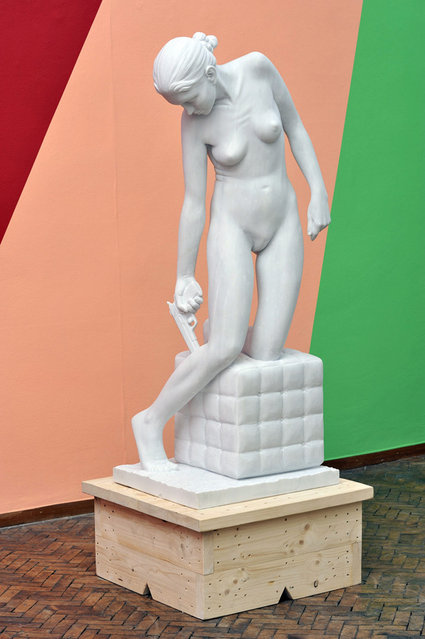 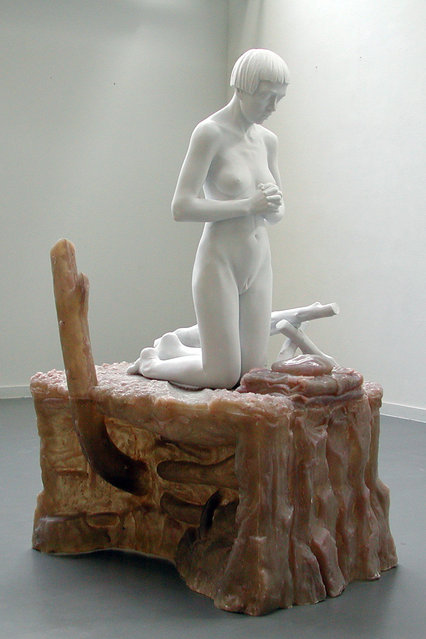 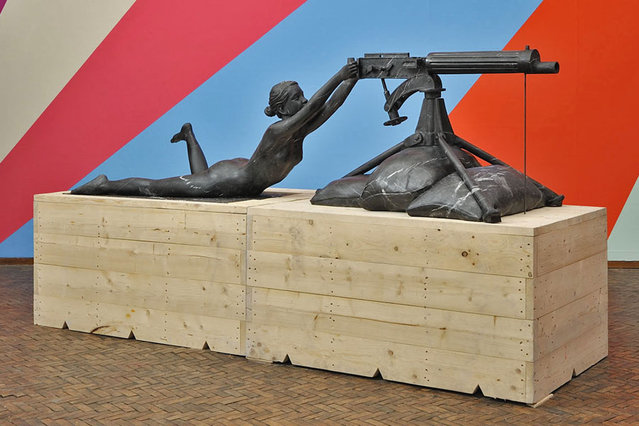