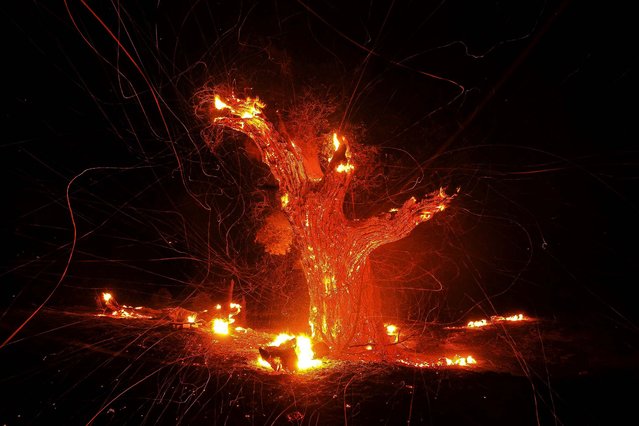 Wind-blown embers fly from an ancient oak tree that burned in the Silver Fire near Banning, California, on August 7, 2013. (Photo by David McNew/Reuters) 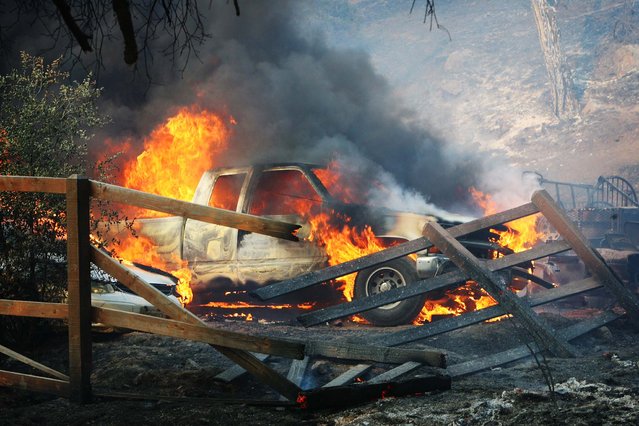 A pickup truck is engulfed in flames as the Silver Fire roars through a residential area near Hwy 243 and Twin Pines Road between Banning and Idyllwild, Calif. on Wednesday, August 7, 2013. (Photo by Frank Bellino/AP Photo/The Press-Enterprise) 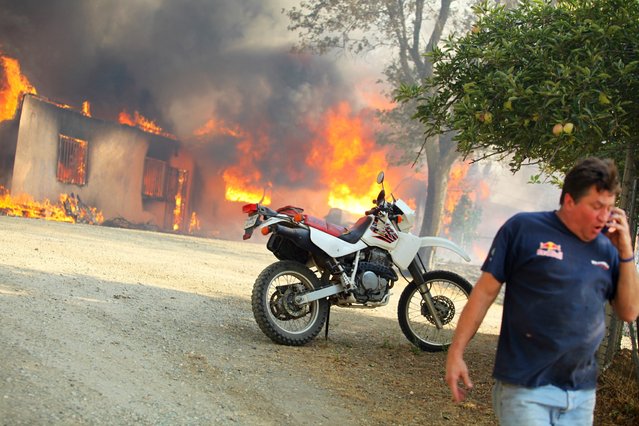 Twin Pines, Calif. resident Dave Clark tells some neighbors their home is ok while his own house burns behind him, Wednesday, August 7, 2013 near Banning, Calif. A new wildfire has broken out in Riverside County near Banning, sending up a massive plume of smoke and surging toward three communities where people have been told to evacuate. (Photo by Richard Lui/AP Photo/The Desert Sun) 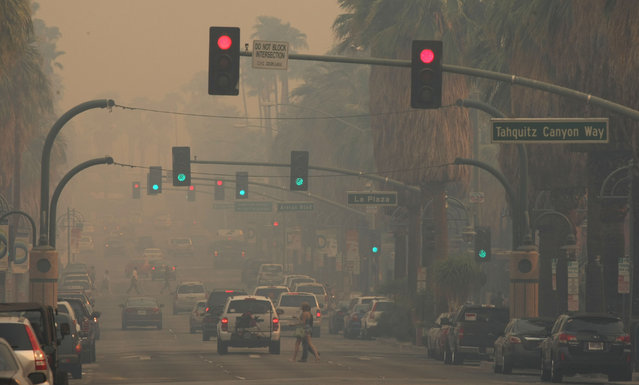 Flames from the Falls Fire burn on a hillside along South Main Divide Road in the Cleveland National Forest as firefighters drive through the area on Monday, August 5, 2013. (Photo by Kurt Miller/AP Photo/The Press-Enterprise) 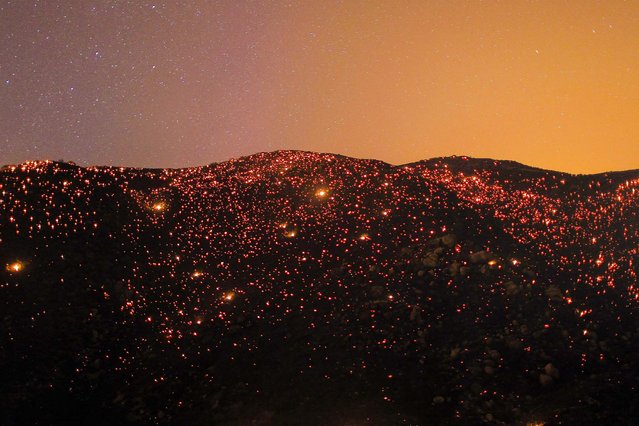 Embers from the Silver Fire glow in the night sky near Banning, California, on August 7, 2013. More than 5,000 acres were scorched. (Photo by David McNew/Reuters) 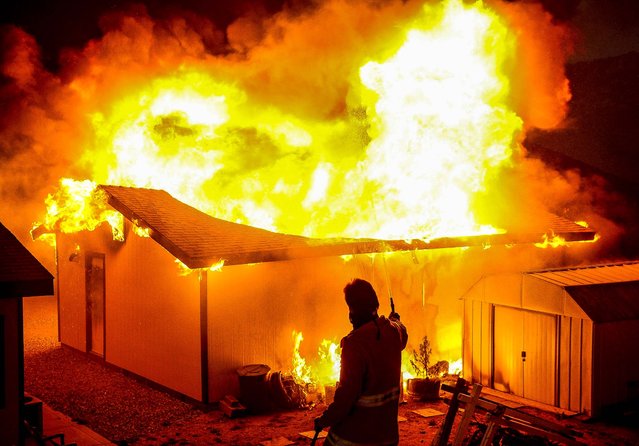 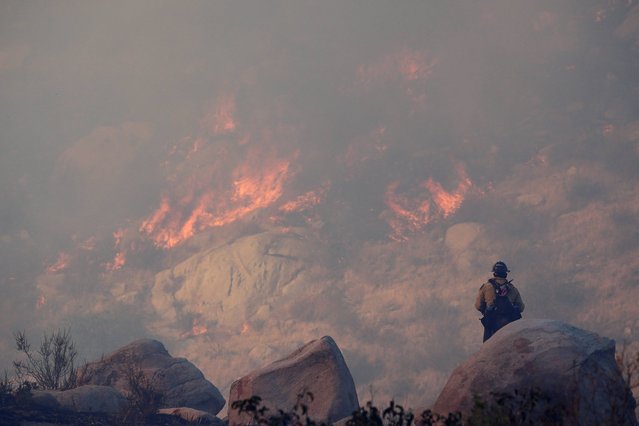 A firefighter watches a backfire burn while battling a wildfire, Thursday, August 8, 2013, in Banning, Calif. About 1,500 people have fled and three are injured as the wildfire in the Southern California mountains quickly spreads. Several small communities have evacuated. (Photo by Jae C. Hong/AP Photo) 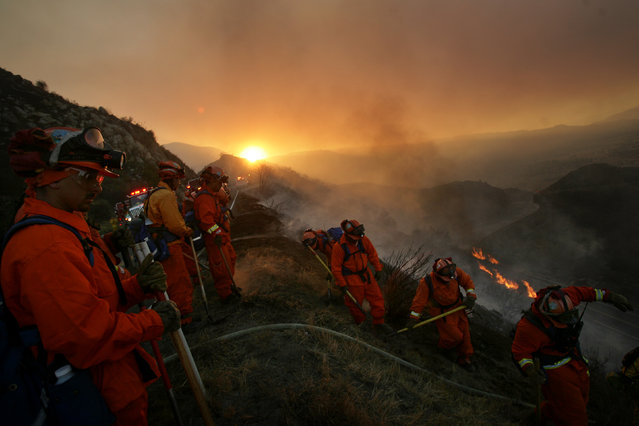