Sad Lost Spirit Will Rest in Secret Bush Graveyard for Whales
“The young adult humpback could have a plot waiting for it at a whale graveyard hidden in bushland at Garrigal Garigal National Park.

Over two decades about 20 whales have been buried at the secret spot – a location known only to a handful of National Parks and Wildlife Service staff.

“The only reason the whale cemetery has survived intact is because the location has been kept a secret. The best chance for it to continue is its anonymity”, NPWS area manager Chris Grudnoff said yesterday.

Whale experts believe the 11.6m humpback, weighing between 25 and 30 tonnes, was a straggler left behind on the northern migration path, which indicated it was not a strong animal. Fully-grown humpbacks measure 16m.

They believe it had been dead for about two days before Monday night's 1.9m tide and huge swell of up to 8m washed it into the rock swimming pool at the southern end of Newport beach, smashing through the railings.

There were visible injuries, suggesting it had been attacked by a shark. It probably died from a respiratory tract infection.

The incredible sight moved to tears some of the hundreds of northern beaches locals and visitors who made the trek to see the whale yesterday.

“You can see how people respond to it”, local artist Tim Hixson said.

“It's amazing that people are so drawn to the whole whale and dolphin thing. It is a powerful force”. – Janet Fife-Yeomans via AdelaideNow 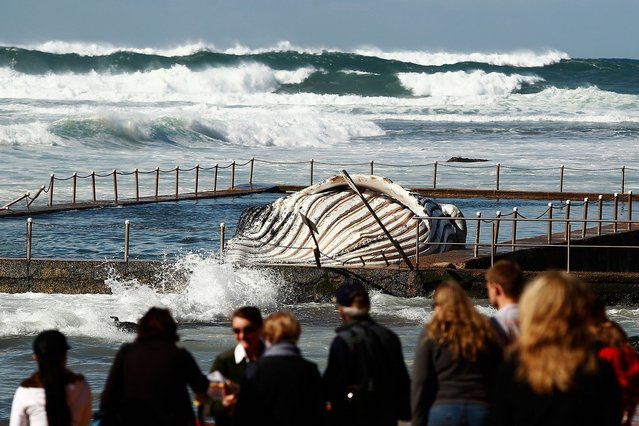 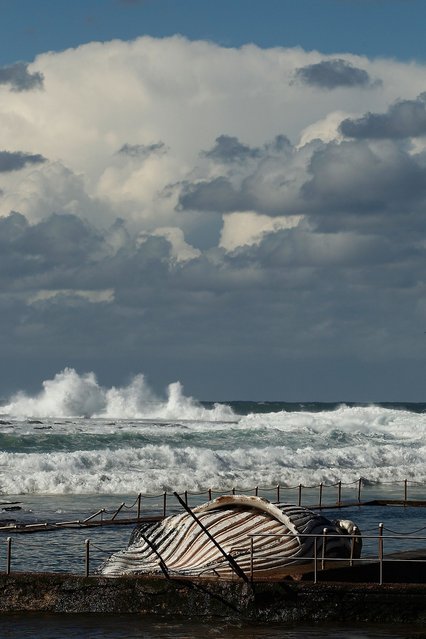 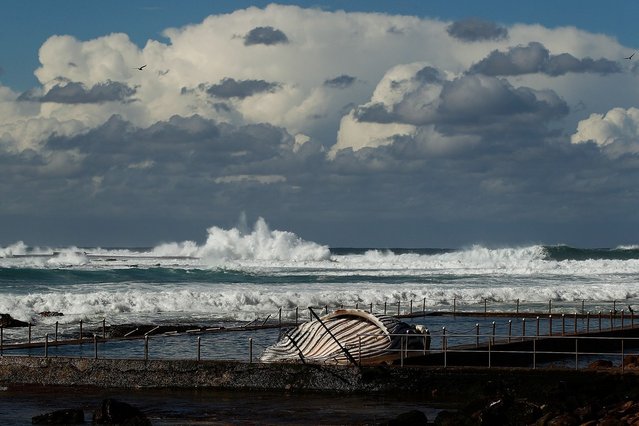 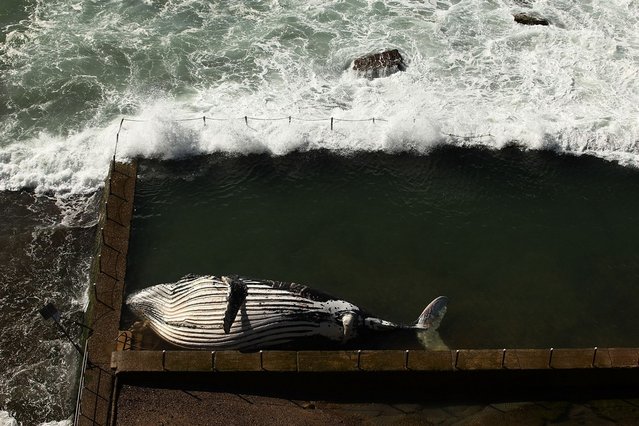 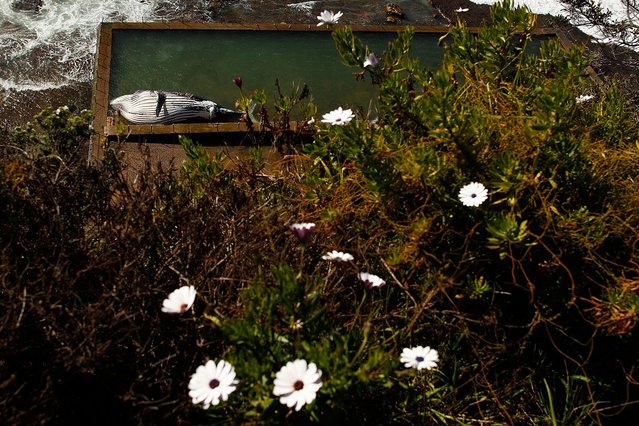 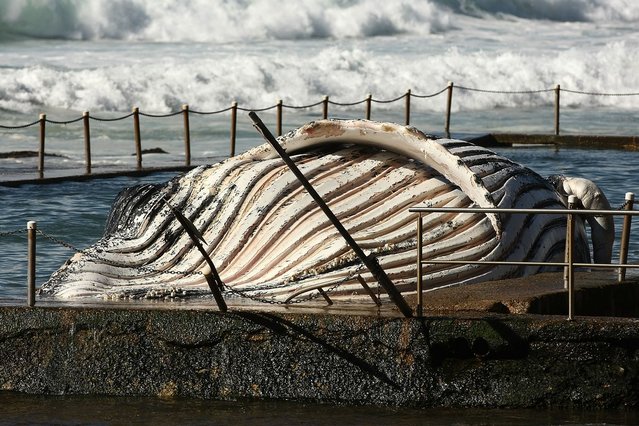 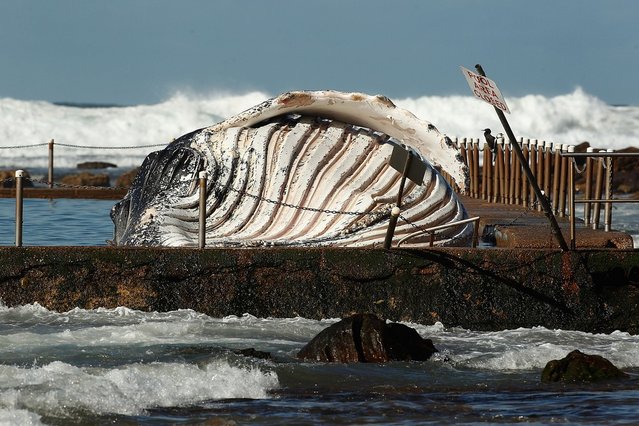