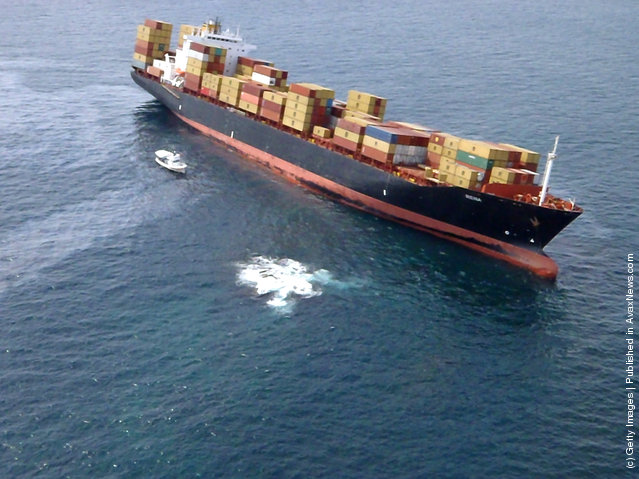 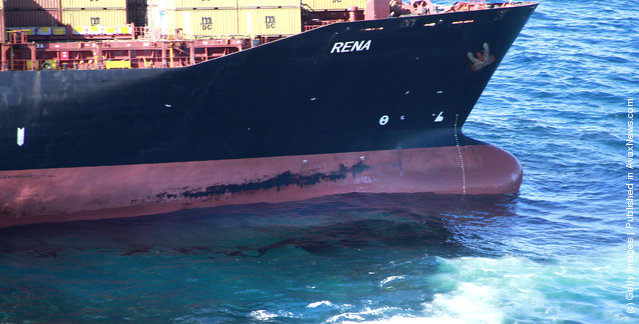 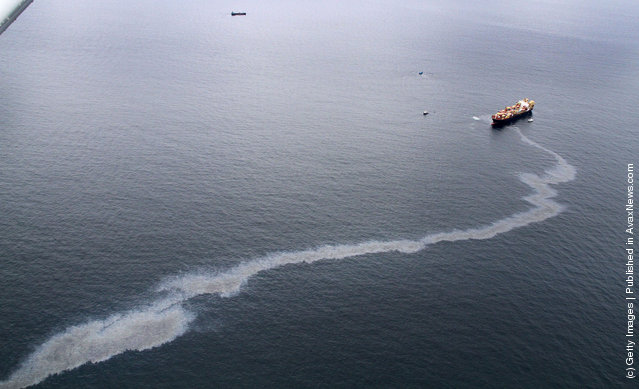 An oil slick is seen coming from the grounded vessel Rena, on October 9, 2011 in Tauranga, New Zealand. The 47,000 tonne Rena, a Liberan container vessel, struck a reef on Wednesday causing an oil leak that has spread over five kilometres. Authorities are preparing for the worst environmental disaster in New Zealand history should the vessel break up and spill 1,700 tonnes of fuel into the Bay of Plenty. (Photo by Ross Brown/SUNLIVE New Zealand/Getty Images) 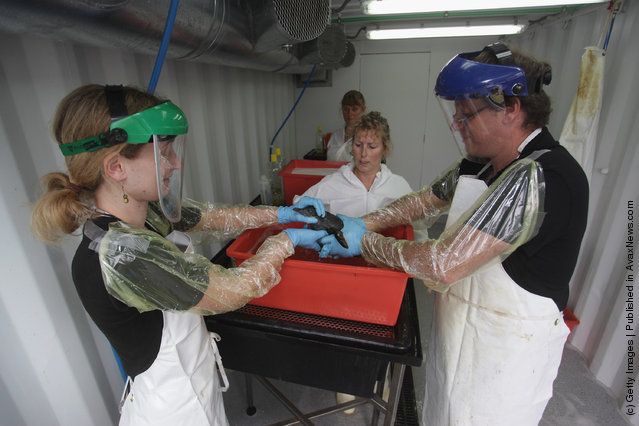 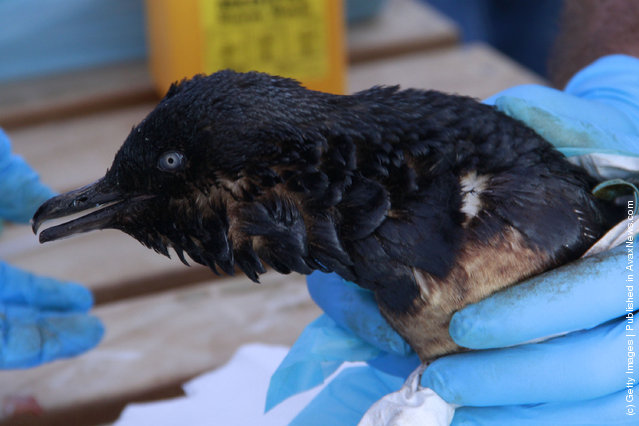 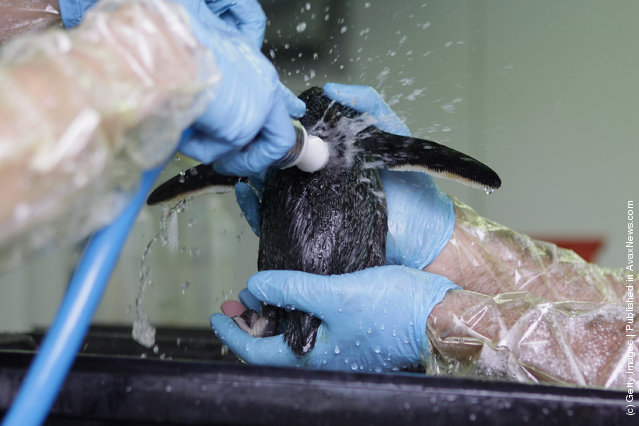 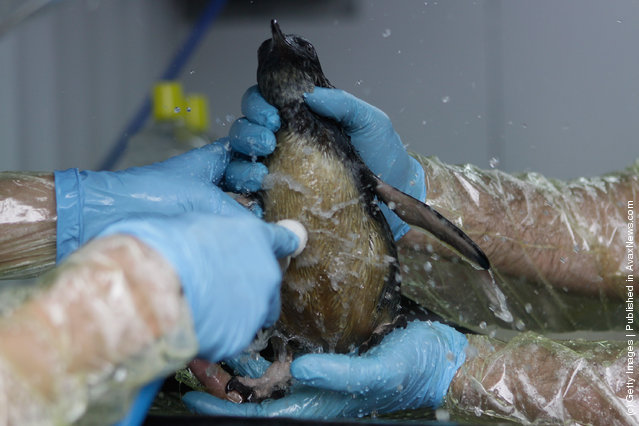 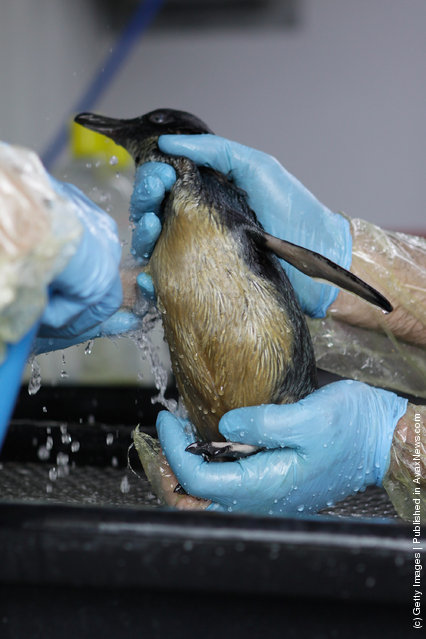