Sad Women And Children Living With Drug Addiction
Gulparai, 12, (L) smokes heroin along side her mother Sabera and brother Zaher, 14, (R) August 27, 2007 in Kabul, Afghanistan. Gulparai's mother, Sabera, a widow, has been smoking for four years since she lost her husband. Her children, Gulparai and Zaher began smoking two years ago after watching their mother. The cost for daily use of the drug is around $3.00 USD or 150 in Afghani currency. Farmers in the Taliban-held areas of the south are also urged to grow opium. Although there are around 35,000 NATO troops in Afghanistan, the drug trade has increased, with Afghanistan producing 95 percent of the world's poppies. According to the UN Office on Drugs and Crime (UNODC), the opium production in 2006 increased 57 percent from 2005, with an additional 15% jump in 2007 despite a $600 million counter narcotics effort by the U.S. (Photo by Paula Bronstein/Getty Images) 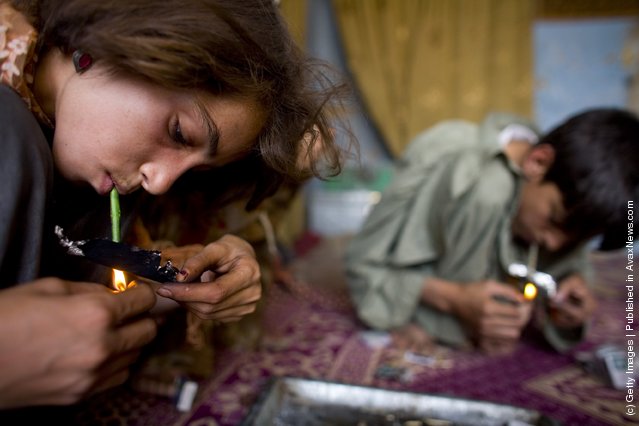 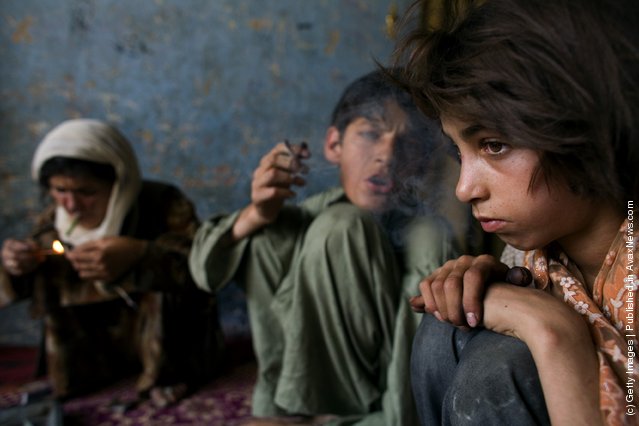 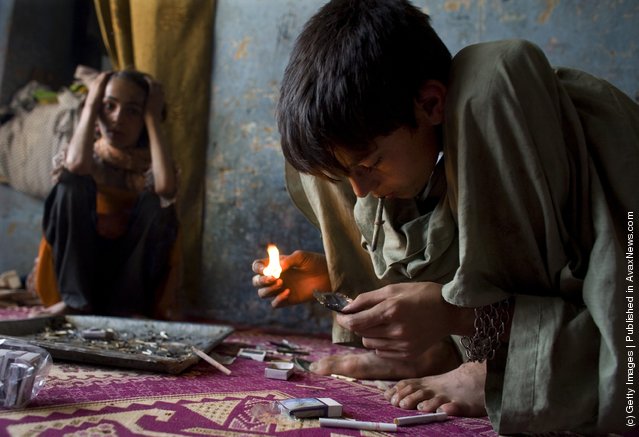 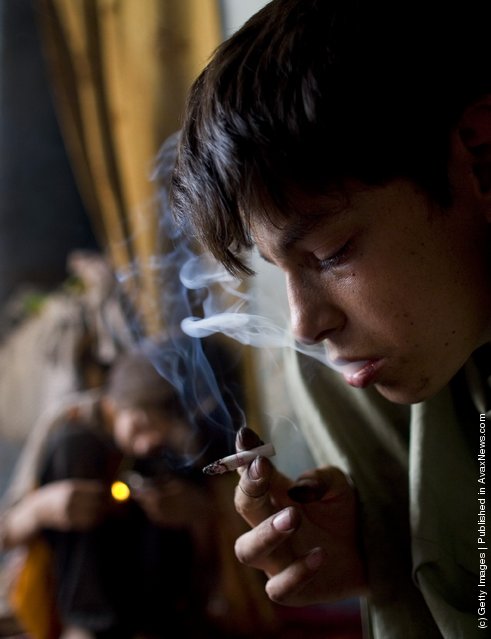 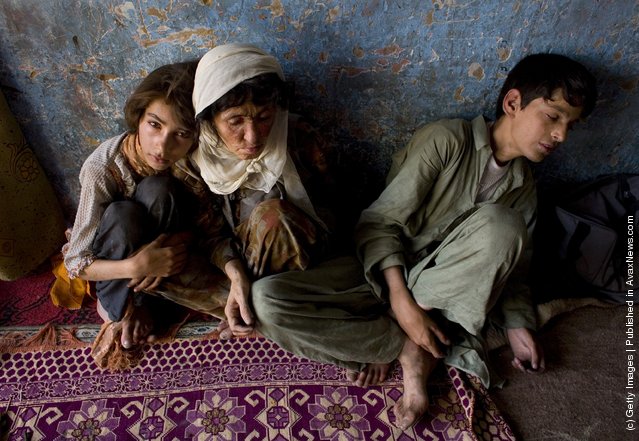 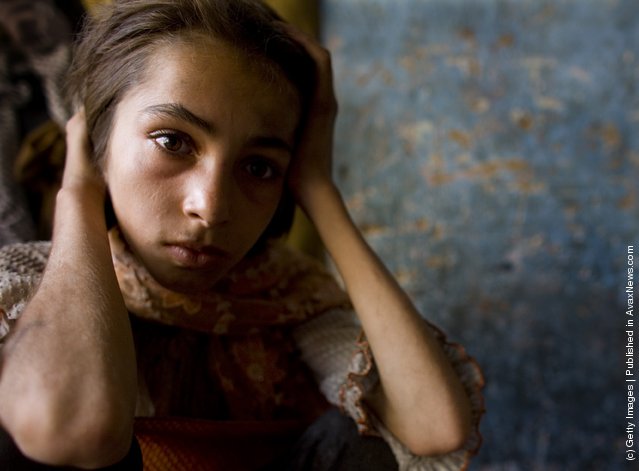 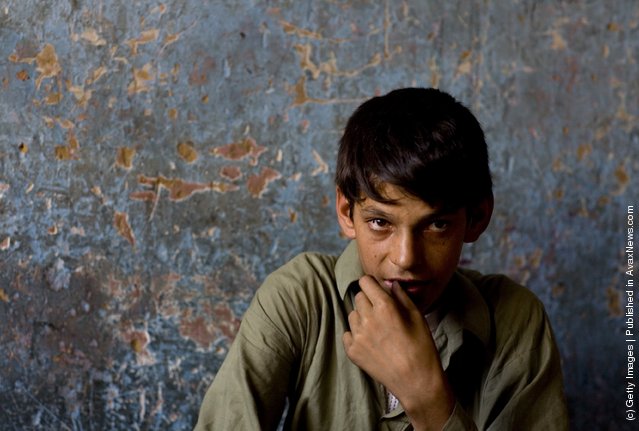 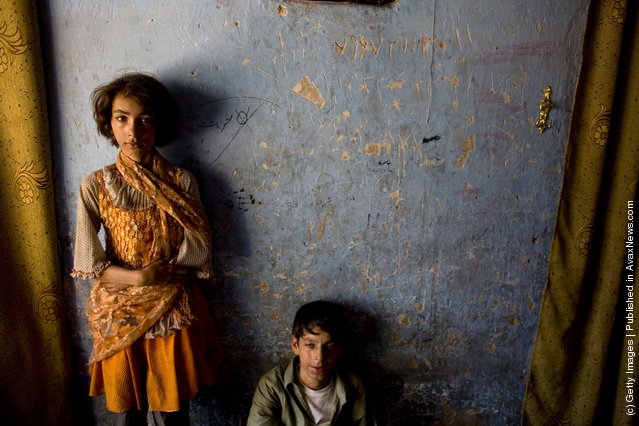