Sad Chris Hondros Retrospective Part 1
Chris Hondros, a Getty Images photographer, was fatally wounded on April 20, 2011, in a mortar attack by government forces while covering the civil war in Libya. Hondros' work is woven in our history as he covered everything from politics to marathons. A new film will focus on his life as told through his images. Here's a look at some of his finest and final work. Some of these images are graphic in nature 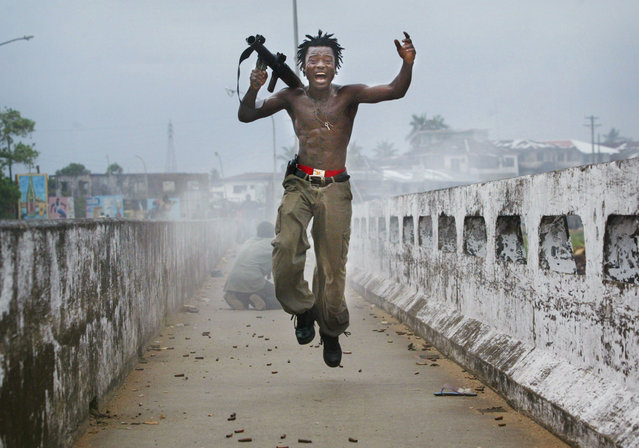 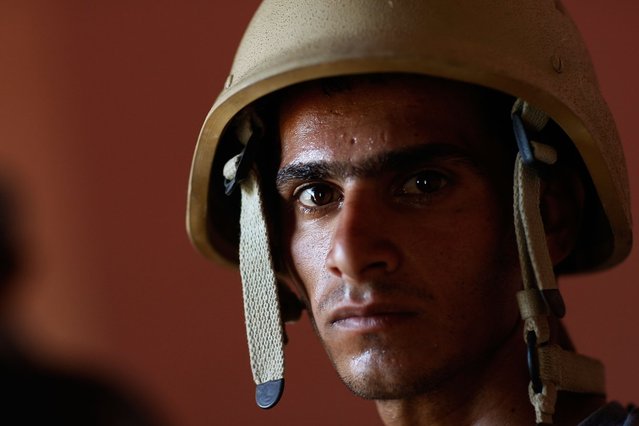 BAGHDAD, IRAQ - JUNE 2007: An member of the Iraqi military police is seen during patrol June 17, 2007 in the tense Dora neighborhood of Baghdad, Iraq. The Iraqi MPs were on a joint patrol with the US Army's 1st Squad, 4th Cavalry Regiment as part of the "surge" in troops that is now attempting to pacify Baghdad and move the city's warring factions toward political compromise. (Photo by Chris Hondros/Getty Images) 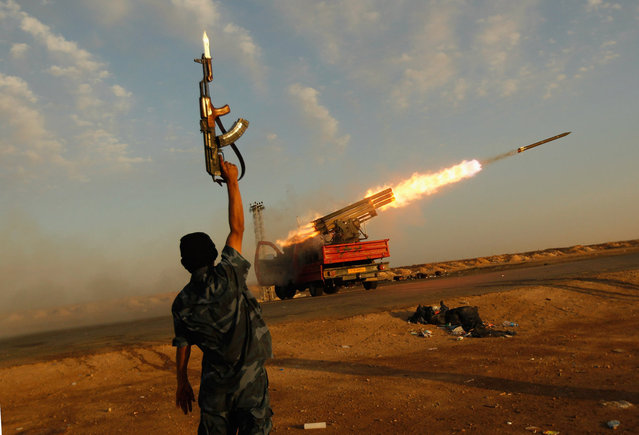 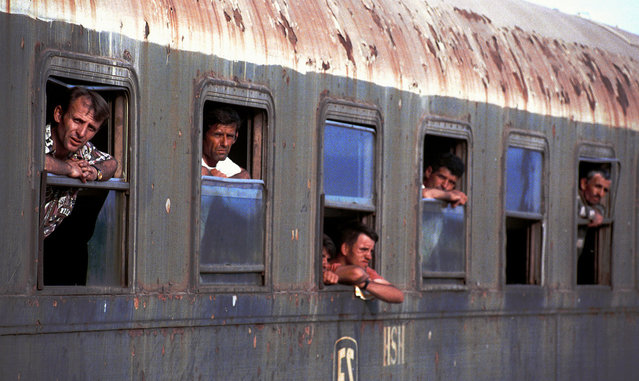 SHKODER, ALBANIA - MAY 1999: Refugees from the camp in Kukes, Albania, wait on a train to leave the station in Shkoder, Albania for another camp in Durres in southern Albania, May 1999. The trains were decommissioned castoffs with windows edged with broken glass. Hundreds of thousands of Kosovo Albanians were driven from their homes into refugee camps in Macedonia and Albania in 1999 by the Serbian military. (Photo by Chris Hondros/Getty Images) 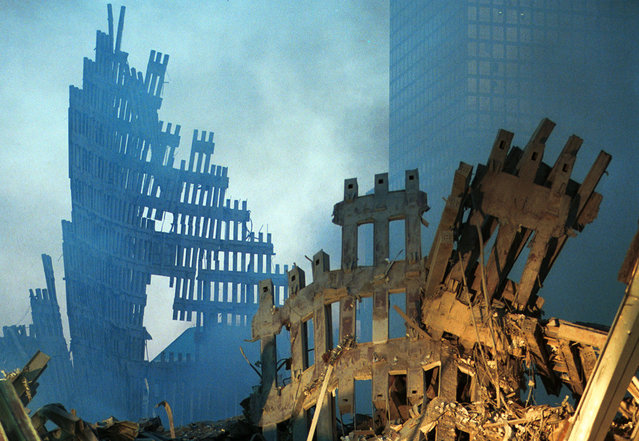 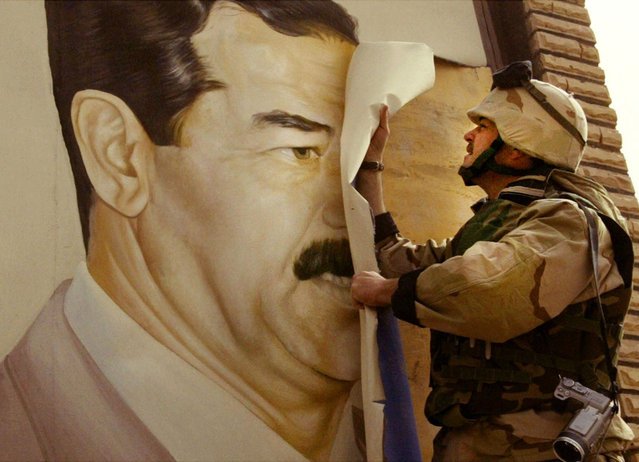 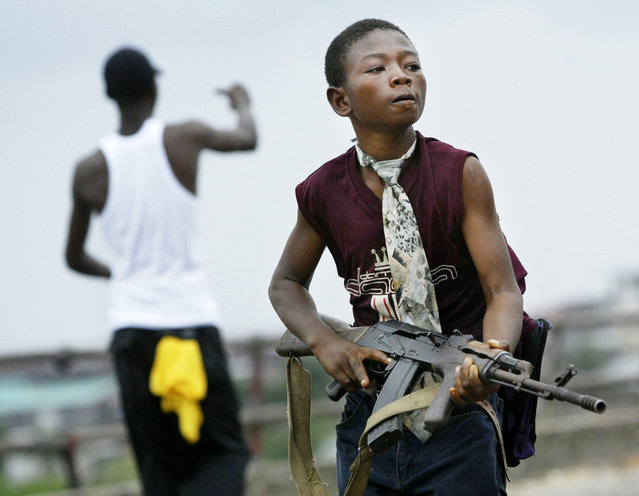 MONROVIA, LIBERIA - JULY 2003: A child Liberian militia soldier loyal to the government walks away from firing on rebel forces across a key bridge while another taunts them July 30, 2003 in Monrovia, Liberia. Sporadic clashes continue between government forces and rebel fighters in the fight for control of Monrovia. (Photo by Chris Hondros/Getty Images) 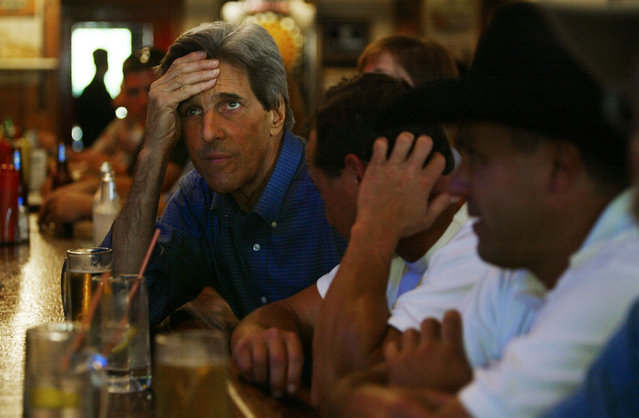 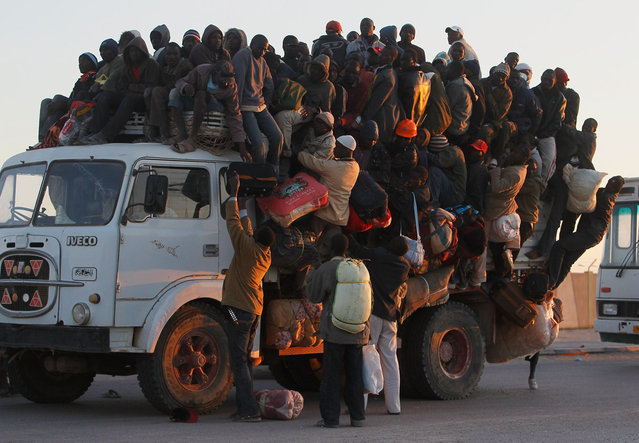 MISRATA, LIBYA - APRIL 2011: Foreign workers from Nigeria, Ghana, and other African countries pile in the back of a truck with their belongings trying to leave the besieged city of Misrata April 18, 2011 as the sun sets on the port in Misrata, Libya. Thousands of foreign workers and Libyans alike are trying to leave war-torn Misrata, as fighting continued between Libyan government forces and anti-government rebels. The Libyan government has come under international criticism for using heavy weapons and artillery in its assault on Misrata, which can cause civilian casualties. (Photo by Chris Hondros/Getty Images) 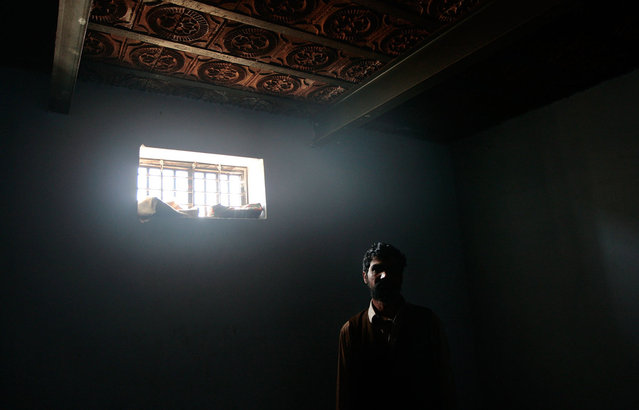 ORGUNE, AFGHANISTAN - OCTOBER 2009: A prisoner stands in his cell in a crude jail October 13, 2009 in Orgune, Afghanistan. Both local criminals and suspected militants brought in by Afghanistan's powerful National Directorate of Security are housed at the jail, located in the Orgune main police station and government complex. While located in the heart of the tense Pashtun belt of eastern Afghanistan, the town of Orgune has been spared the worst of the violence that has afflicted nearby villages, allowing residents who fled the area during Soviet invasion in the 1980s and civil war in the 1990s to return and rebuilt a semblance of normal life. (Photo by Chris Hondros/Getty Images) 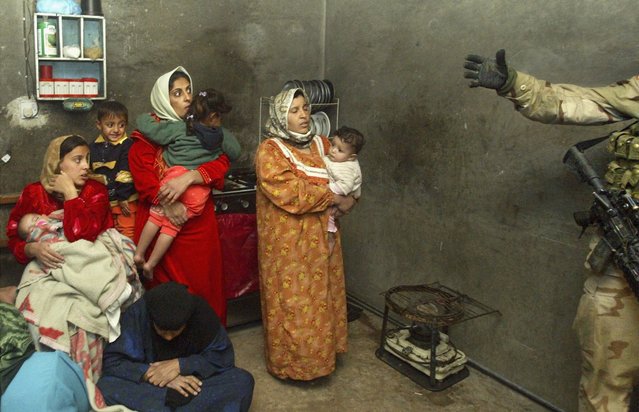 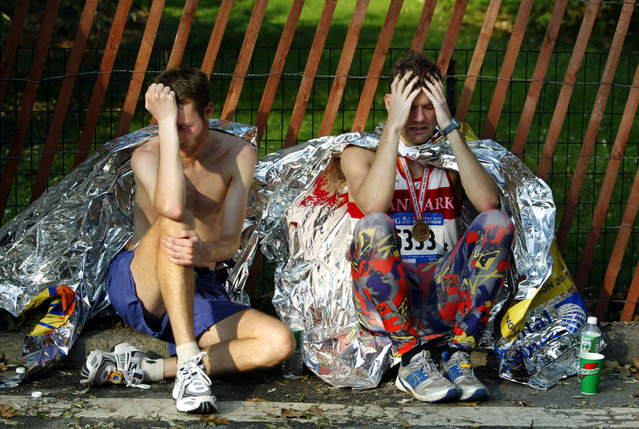 NEW YORK CITY, NY - NOVEMBER 2003: Exhausted runners rest at the end of the New York City Marathon in Central Park November 2, 2003 in New York City. Over 30,000 runners from all over the world participated in the annual race, one of most famous marathons in the world. (Photo by Chris Hondros/Getty Images) 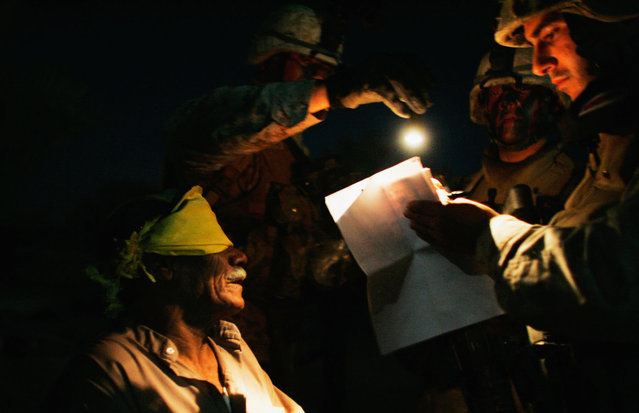 FALLUJAH, IRAQ - JUNE 2005: Marines of the Third Battalion, Fourth Marines, process a detained man June 24, 2005 near Fallujah, Iraq. Marines in the 3/4 launched the midnight raid in the rural suburbs of Fallujah and detained 19 men, the Marines said. (Photo by Chris Hondros/Getty Images) 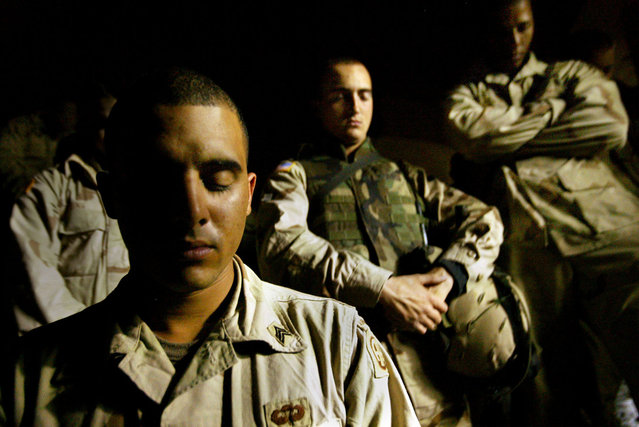 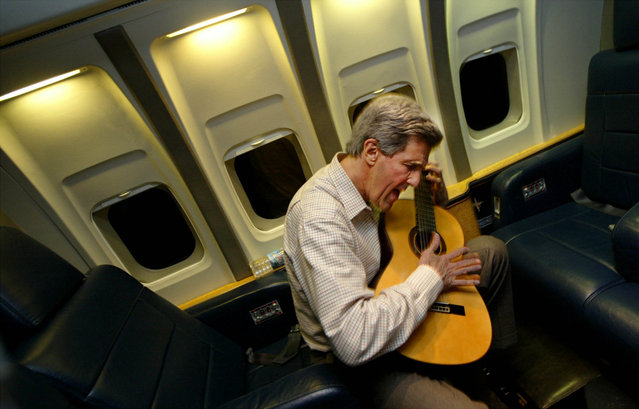 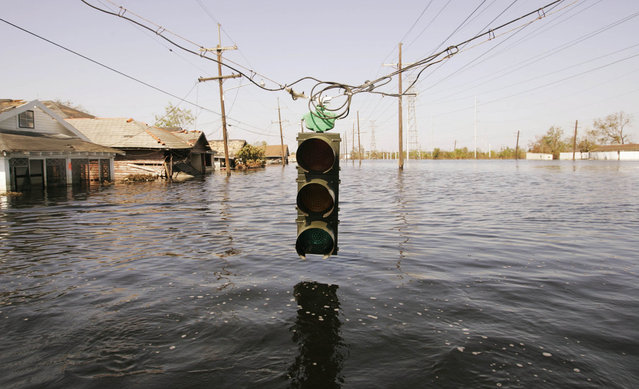 NEW ORLEANS. LA - SEPTEMBER 2005: A traffic light hangs over floodwaters from Hurricane Katrina September 7, 2005 in New Orleans, Louisiana. The mayor of New Orleans ordered out the remaining holdouts in New Orleans, and said force would be used if neccessary. (Photo by Chris Hondros/Getty Images)