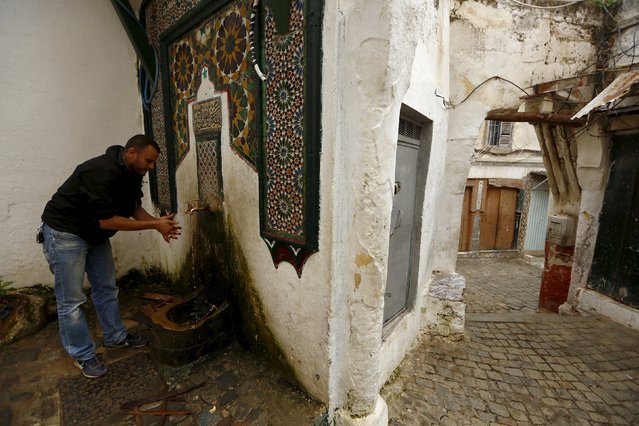 A man performs ablution using water at an old fountain before performing prayers in the old city of Algiers Al Casbah, Algeria December 3, 2015. The Algiers Casbah is a UNESCO World heritage site that includes the Sidi Ramdane mosque and former fortress, 10 centuries old. Decay from the passing years, as well as earthquake damage in 2003, leads some to consider a move to modern apartments with financial backing from the government. Others refuse to leave a neighbourhood they have called home for decades. (Photo by Zohra Bensemra/Reuters)
Details
22 Jan 2016 11:00:00,post received 0 comments
Fact A Look at Life in Afghanistan 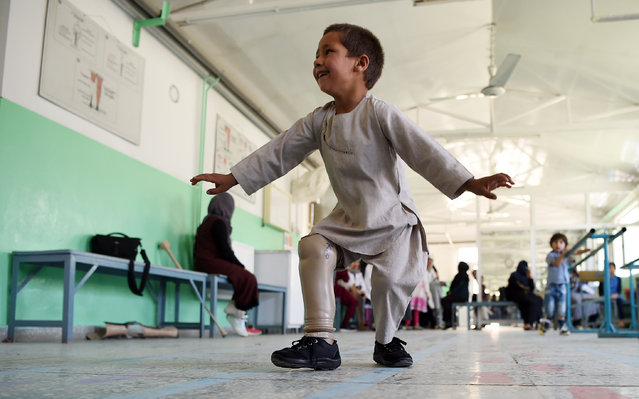 Ahmad Sayed Rahman, a five-year-old Afghan boy who lost his right leg when he was hit by a bullet in the crossfire of a battle, dances with his prosthetic leg at the International Committee of the Red Cross (ICRC) hospital for war victims and the disabled, in Kabul on May 7, 2019. (Photo by Wakil Kohsar/AFP Photo)
Details
10 Jun 2019 00:03:00,post received 0 comments
Popular tags:
All tags
Last searches: