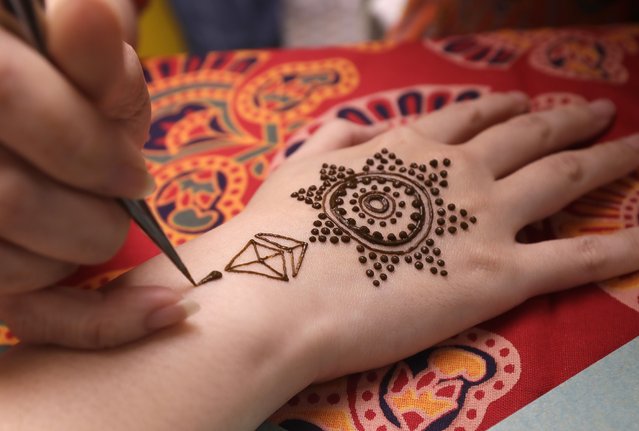 An artist applies henna on the hand or a woman during the Hindu festival of lights, Diwali, in Taipei, Taiwan, Thursday, November 4, 2021. Millions of people across Asia are celebrating the Hindu festival of Diwali, which symbolizes new beginnings and the triumph of good over evil and light over darkness. (Photo by Chiang Ying-ying/AP Photo)
Details
05 Nov 2021 09:03:00,post received 0 comments
Fact Inauguration Ceremony of Taiwan's President 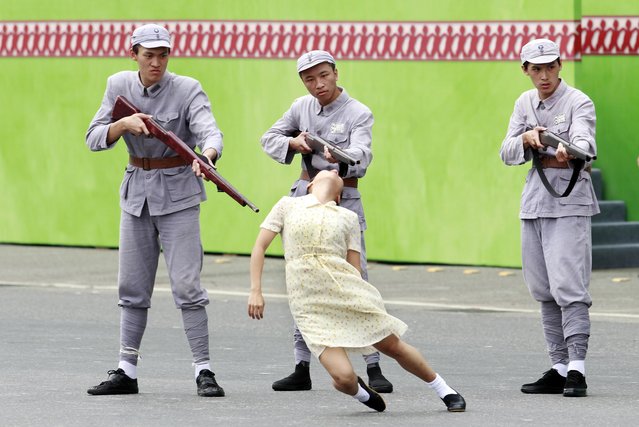 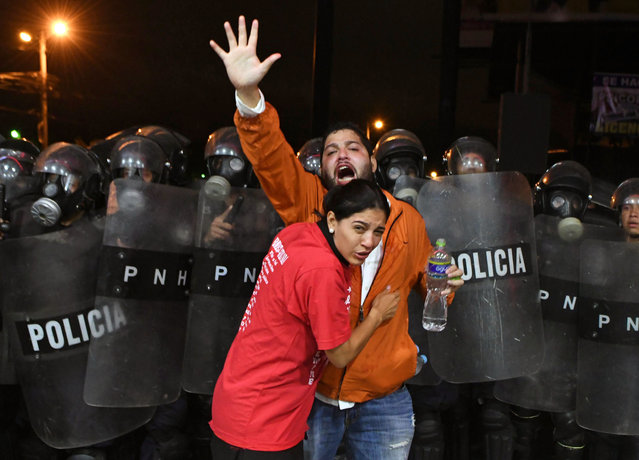 Supporters of Honduran presidential candidate for the Opposition Alliance against the Dictatorship party Salvador Nasralla, are affected by tear gas during a protest outside the Electoral Supreme Court (TSE), to demand the announcement of the election final results in Tegucigalpa, on November 30, 2017. (Photo by Orlando Sierra/AFP Photo)
Details
01 Dec 2017 05:08:00,post received 0 comments
Fact Star Wars this Week 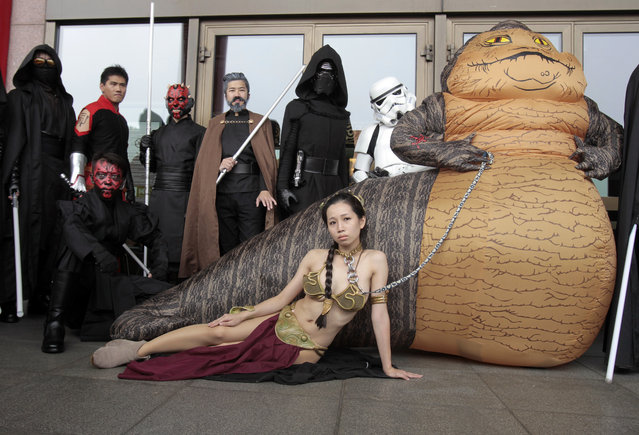 Fans dressed as movie Star Wars characters pose as they cerebrate the Star Wars Day in Taipei, Taiwan, Wednesday, May 4, 2016. May 4 is known as Star Wars Day among fans worldwide since the date sounds phonetically similar to the franchise's slogan, “May the Force Be With You”. (Photo by Chiang Ying-ying/AP Photo)
Details
05 May 2016 13:52:00,post received 0 comments
Fact China this Month 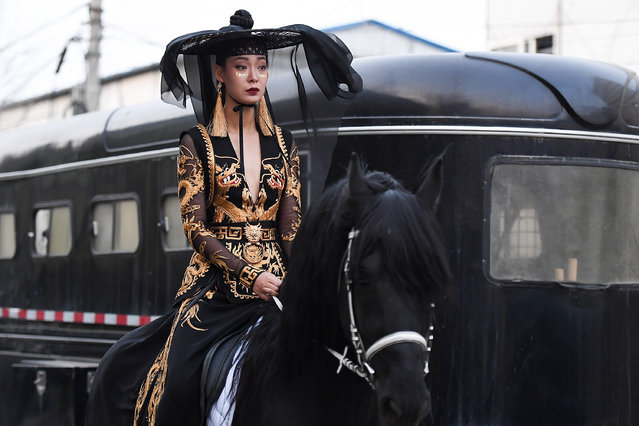 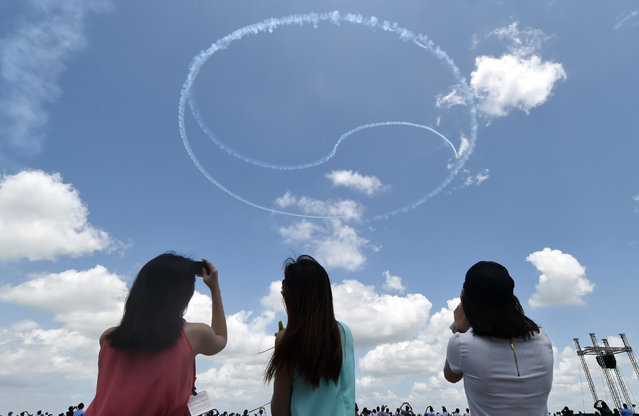 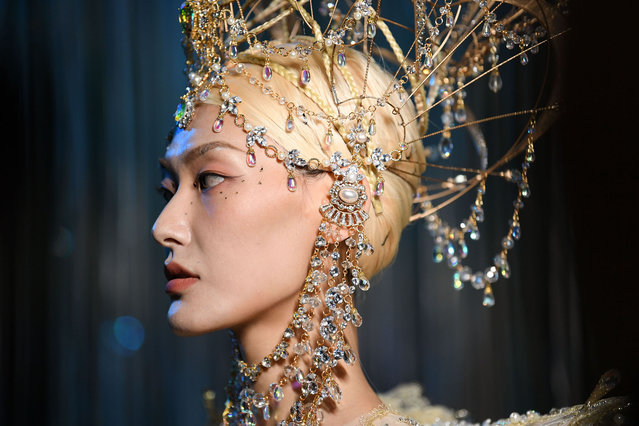 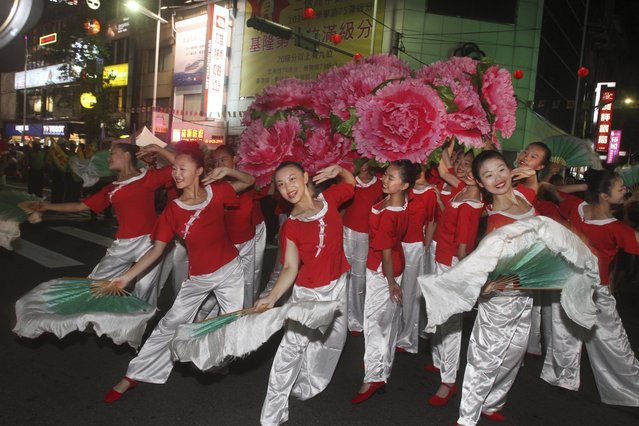 In this photo made late Saturday, August 9, 2014, in Keelung, Taiwan, a traditional Chinese dance troupe performs during a parade marking the beginning of the Chinese folklore's mid-summer's Ghost Month Festival. Fourteen days into the seventh month of the lunar calendar, August 9, in 2014, marks the traditional Chinese Ghost Month where the gates of the underworld are opened and spirits of the deceased are set free to roam the world of the living. The month long festivities are aimed to please the roaming spirits. (Photo by Chiang Ying-ying/AP Photo)
Details
12 Aug 2014 11:57:00,post received 0 comments
Popular tags:
All tags
Last searches: