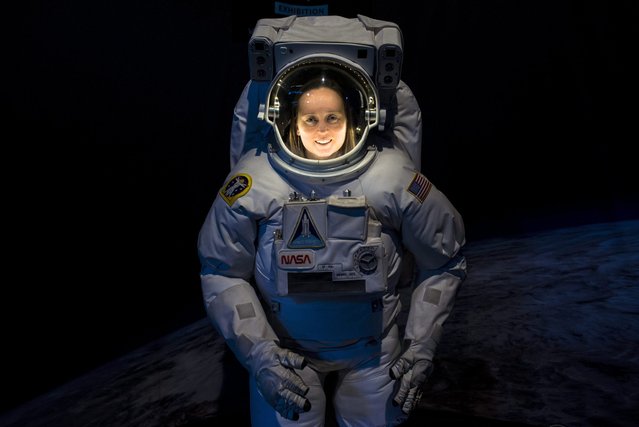 Astronomer, space scientist and meteorologist Andrea Opitz, senior research associate of the Space Physics and Space Technology Department of Hungarian Academy of Sciences (MTA) Wigner Research Centre for Physics (2R) wears a space suit during a cosmology exhibition in Budapest, Hungary, 03 March 2016. The photo series was created to mark the International Women's Day (IWD), which was marked for the first time in 1911 and is celebrated on 08 March since 1913. (Photo by Bea Kallos/EPA)
Details
20 Mar 2016 11:15:00,post received 0 comments
Fact Hunt on for Male “Suspect” in Thailand 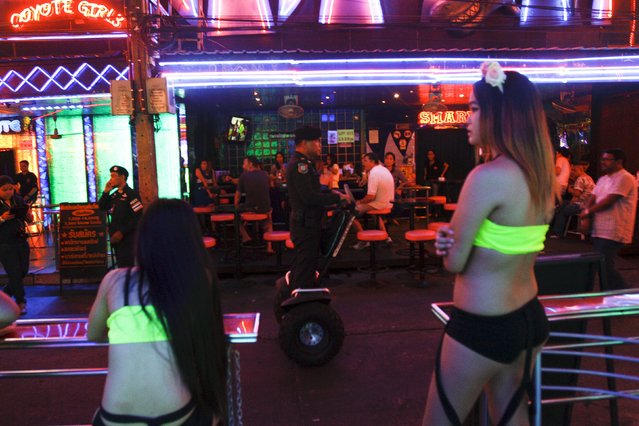 A Thai policeman patrols around a bar area in central Bangkok, Thailand, August 19, 2015. Thai police on Wednesday issued an arrest warrant for an individual they described as a “foreign man”, in connection with a bomb blast in Bangkok that killed 20 people, including many foreigners. (Photo by Kerek Wongsa/Reuters)
Details
20 Aug 2015 13:18:00,post received 0 comments
Fact Miami Zoo Welcomes Two Young Male Cheetahs from South Africa 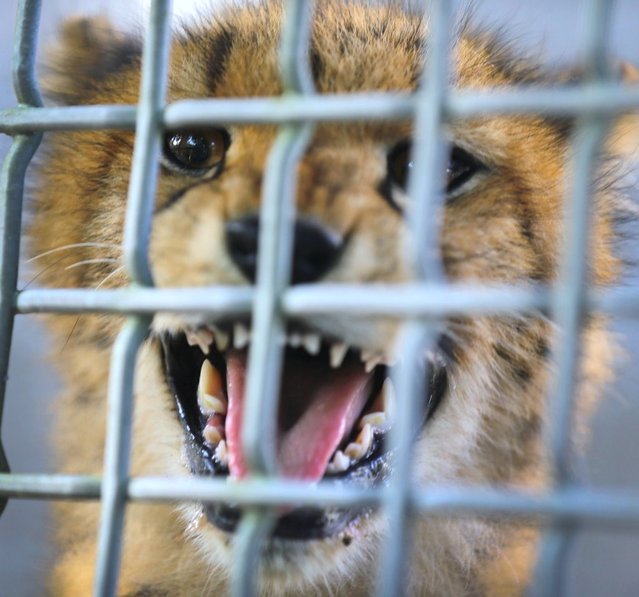 One of two 9-month old Cheetahs is seen after it was released into a quarantine facility at Zoo Miami on November 29, 2012 in Miami, Florida. The two sub-adult brothers who arrived today were captive-born on March 6th of this year at the Ann van Dyk Cheetah Centre just outside of Pretoria, South Africa. The Cheetahs, after being monitored and examined for a minimum of 30 days to insure that they are healthy and stable, will be featured in Zoo Miami's Wildlife Show at the newly constructed amphitheater and will continue the work of Zoo Miami's Cheetah Ambassador Program by making appearances off Zoo grounds at a variety of venues including schools and civic organizations. (Photo by Joe Raedle)
Details
30 Nov 2012 11:54:00,post received 0 comments
Wow Terry Crews Rips off his Shirt for New York Stock Exchange 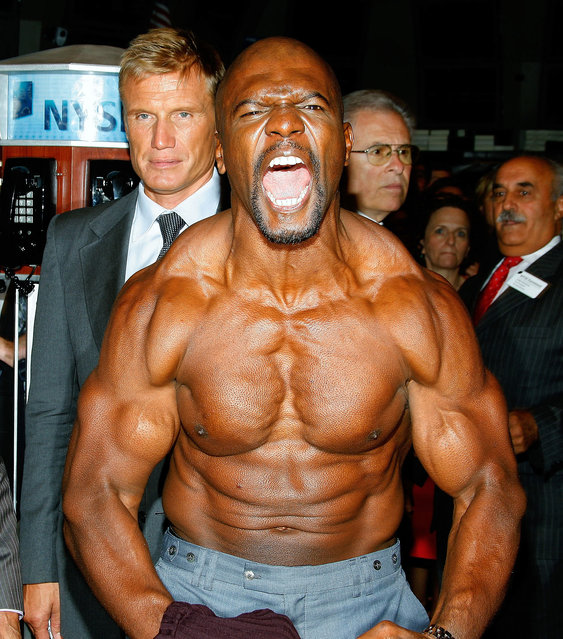 The cast of The Expendables, L-R: actors Jason Statham, Sylvester Stallone, Dolph Lundgren and Terry Crews attended the ringing of the opening bell at the New York Stock Exchange on Wall Street in NYC today. There is something so unsexy (not to mention suspect) about a male who constantly takes off his shirt to flex his muscles while in the company of other alpha males.
Details
27 Nov 2013 13:52:00,post received 0 comments
Wow The Wolf Man 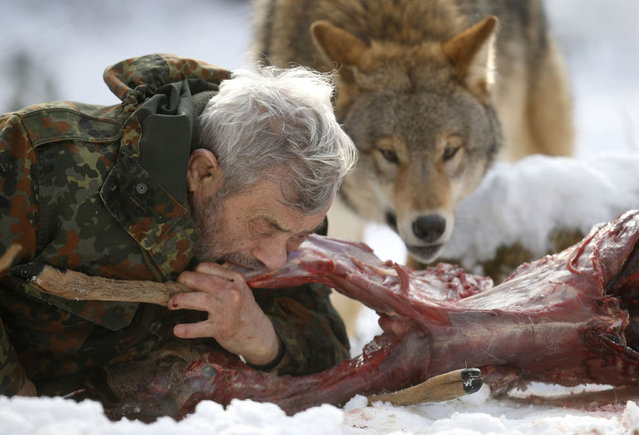 Wolfspark Werner Freund is a wolf sanctuary spread over 25 acres in western Germany. It is home to 29 wolves -- six distinct packs hailing from Europe, Siberia, Canada, the Arctic, and Mongolia. Researcher Werner Freund, 79, a former German paratrooper, established the sanctuary in 1972 and has raised more than 70 animals there over the last 40 years. He acquired the wolves as cubs from zoos or animal parks and has reared them mostly by hand. Werner has also taken to living closely with his wolves, behaving as an alpha male to earn their acceptance and respect. Reuters photographer Lisi Niesner recently spent some time with Freund and his wolves, capturing the interactions between these old friends.
Details
31 Jan 2013 15:50:00,post received 0 comments
Educative The Sun by Alan Friedman 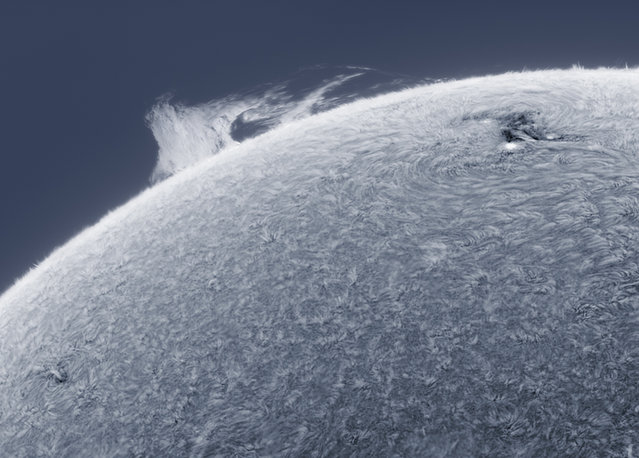 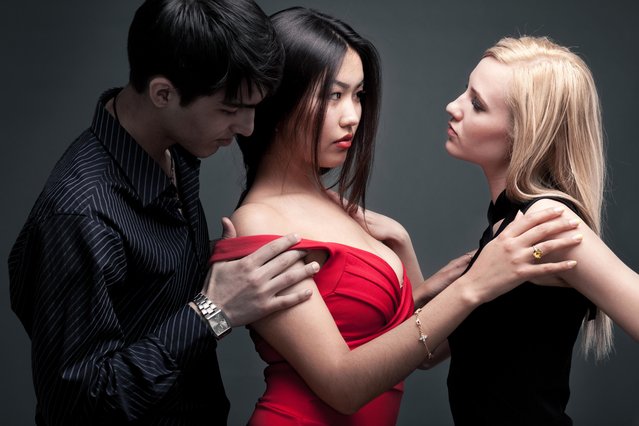 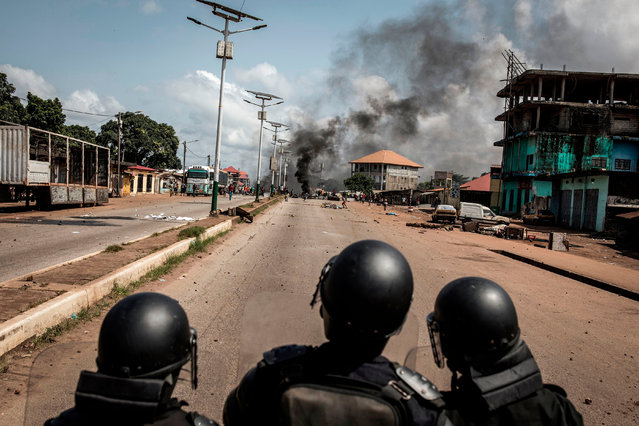 Police officers look on as protesters block the road with burning tyres and wood, during a mass protest the morning after preliminary results were released for five communes in Conakry on October 21, 2020. African monitors said on October 20, 2020, that Guinea's weekend election was conducted properly, but the political opposition to incumbent Alpha Conde, which has already claimed victory, dismissed it as fraudulent. (Photo by John Wessels/AFP Photo)
Details
04 Nov 2020 00:01:00,post received 0 comments
Popular tags:
All tags
Last searches: